I was optimistic and tried but as expected it took me longer to ease back in than I wanted.

And then I injured my right thumb cleaning the stove and had a couple of days where holding the pen was painful (but towards the end of Day 0 and yesterday I tried anyway, today was better).

Currently working on trying to get Zara's hair sorted.  Took me a bit to remember how to x-mirror around the 3d cursor and even then because I hadn't applied the transforms to the curves the mirrored copies were wonkered.  Which was fine as I only wanted the same number of guides on both sides and didn't want the hairstyle to be symmetrical, but it's a bit of work adjusting. 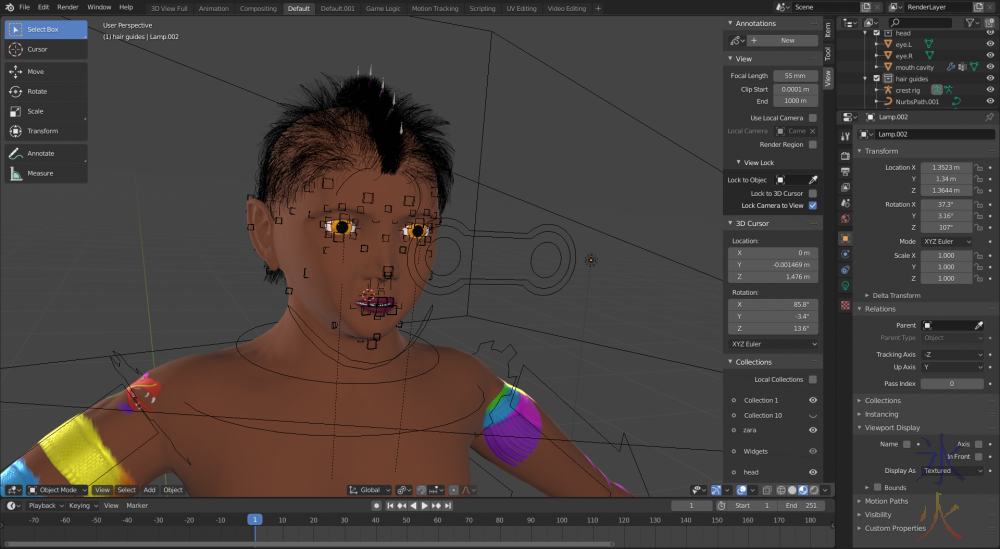 Need to work on it a bit more but it renders half-decently, and nice and quick when I remembered to switch to using the gigantic graphics card I have for this express purpose. 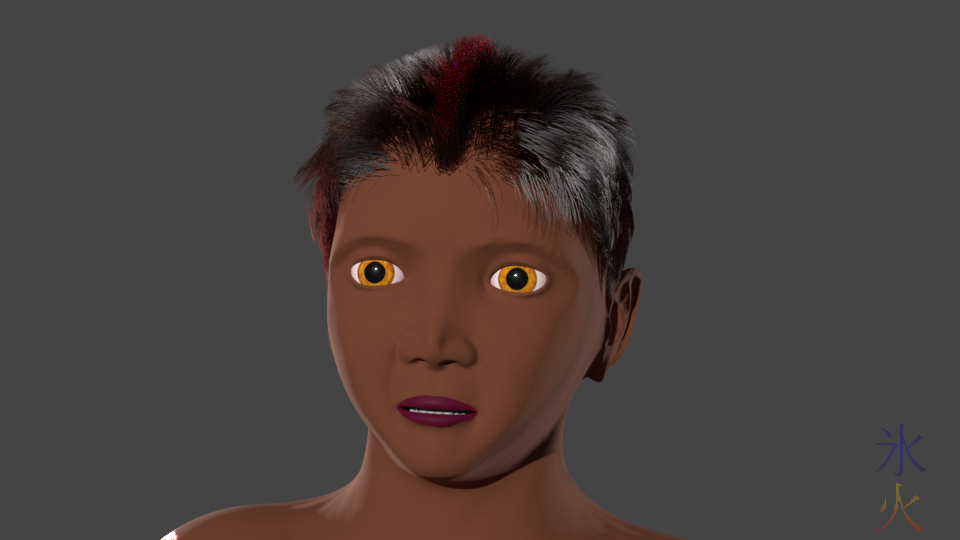 Only other related thing of note I've done recently is tortured myself til late last night reading the last version of my old scripts that I have (every single awful episode).  It was so bad.  I escalated really quick from internally screaming to externally screaming to laughing in exasperation and exclaiming OHMYGODWAT several times all the way through to WHY.  WHY WOULD YOU DO THAT.  I'm really glad I chose not to rush this thing (as tempting as it was at the time to "just get something out" as I was being encouraged to back then) and spent the extra couple of years writing the (ridiculously long and detailed) outline to nut out several cultural and technological things and then more years polishing the absolute hell out of the scripts.