December ProgBlog #3: winding down a bit

Even though we haven't gone away this Christmas and are only doing a couple of gatherings, I've still managed to completely fail to get anything worthwhile done when I have been able to do anything.  Last night I fell into a pit and after my computer decided to randomly crash (again) and I had to redo a whole pile of work, I ended up not even attempting the progblog and just crawling into bed to sulk.

Then today I played Pixelmon for most of the day with the kids and then youngest and I played Pokemon Go while walking my dog.

Work on the hair continues. 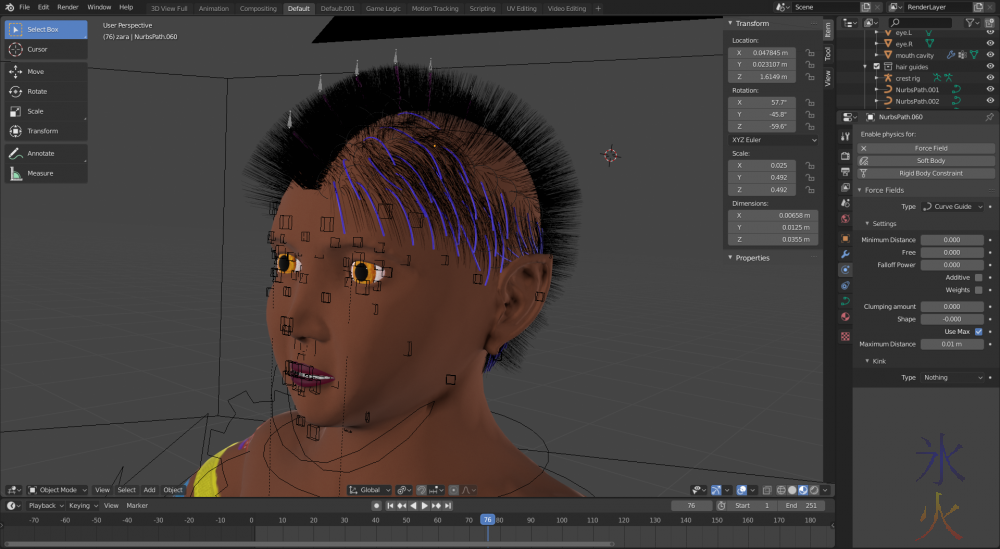 14yo asked me twice if I was doing every single strand of hair.  I told him twice that I wasn't, and that each strand controlled a chunk of hair.  I could probably have gotten away with less guides with larger areas for the regular hair (the crest is going to need more guides with smaller areas I think) but I suspect I will want/need to spike it a little.

Now what I've done before was to just disable the curve guides from the render and everything would be fine but some behaviour seems to have changed and now disabling the curve guides in the render means they're completely ignored and don't affect anything.  After some fruitless searching trying to find out what had happened to the thing I was familiar with, and in the interests of going to bed at some point, I eventually grudgingly took the depth off the hair guides.  This meant I lost my colour and selection ease but not having depth seems to have made them invisible to the camera (extremely rudimentary testing done of moving one down in front of her face and looking at my render-only pane) which is hopefully actually the case otherwise I'm going to have issues with lighter haired characters.

Anyway quickie render with slightly less than a quarter of the head done: 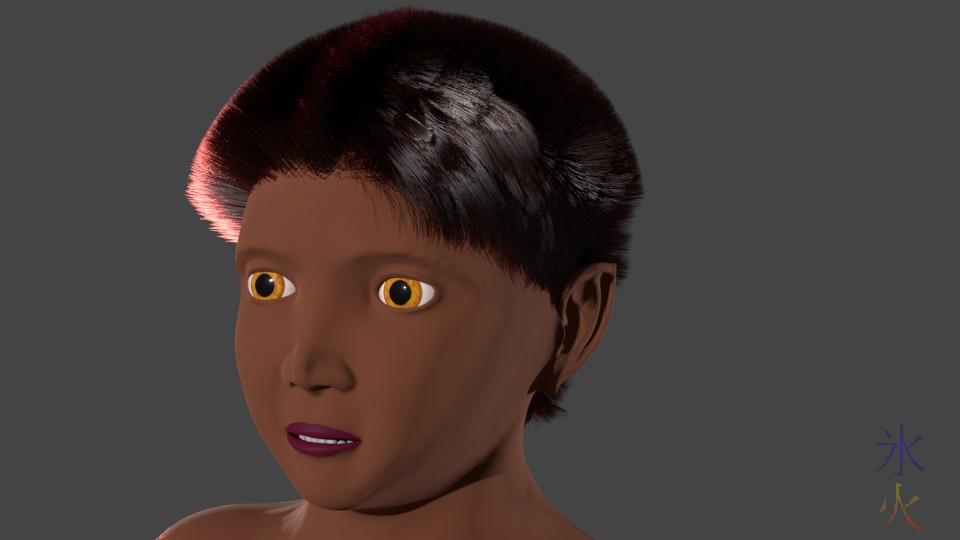 There probably won't be any Ko-fi updates or progblogs next week as it's unlikely that I'll get a lot done XD Will start getting back to some semblance of a schedule hopefully the week after.

Have a spectacular and safe silly season :D