December ProgBlog #2: not much prog to blog :S

Most of this week has been taken up doing last second Christmas-related stuff that I'd forgotten (I'm pretty sure this is the first year I thought I better do a list for next year, in my defence it's the first time I've had to keep track of enough people to require a list), so work fell by the wayside a little bit.

I managed to start on the hair and rig the crest. 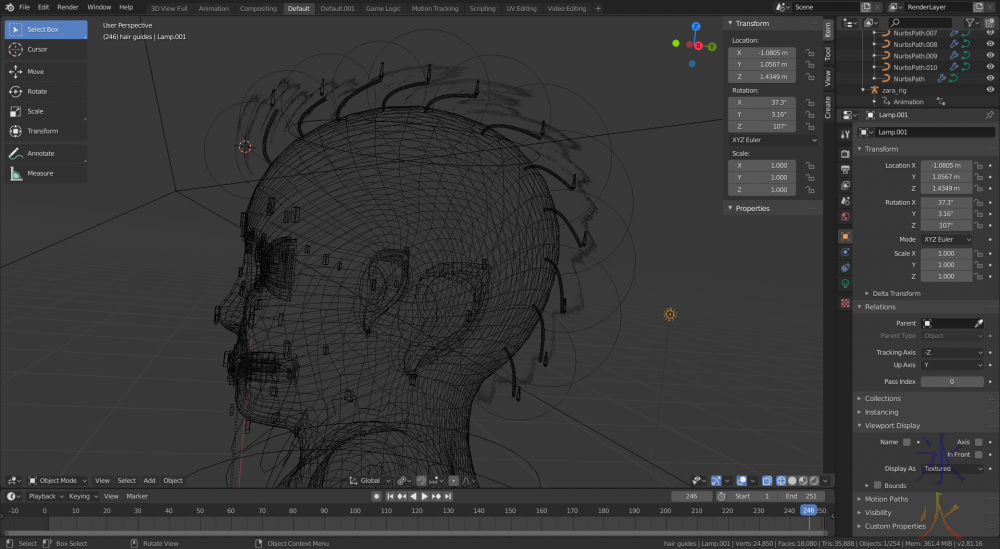 Needs fine-tuning, not sure if I need more guides and more or less influence.  I also don't like the fact I can't stop the guides from stretching but I can work around it.  The crest is usually relaxed down similar to this and changes position depending on the person's mood.  Had to switch render engine to Cycles as I wanted to use the Principled Hair BSDF and last I checked it didn't work in Eevee.  The viewport is so much better now.  I did turn the render settings for the viewport right down to keep things quick while working out textures. 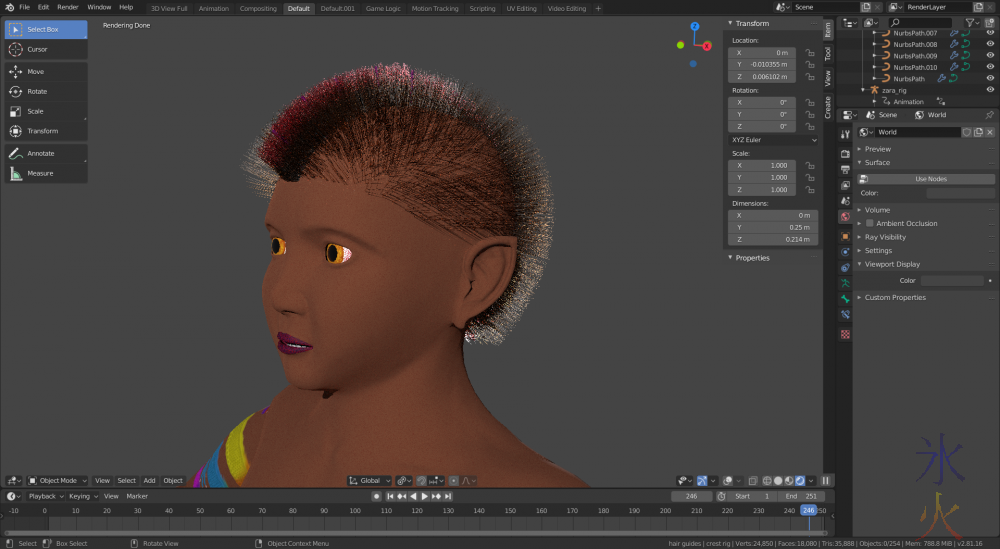 Next job is to curve guide the hair and then do the eyebrows and eyelashes, then I'll be able to do some head shots to look like I'm doing something.

Here's the node tree for the crest which is so much simpler with the Principled shader (rather than the tangled web I had using a million normal Hair BSDF shaders):

The normal hair is even simpler, just a swatch in the colour thing.

I'm that happy with how this is going I'm just going to start redoing Red after the end of year shenanigans are done and I've finished some other stuff I should probably do first.