And I don't think staying up late is helping that much but it feels like it is.

We seem to be rigging all right, I did some big motions with limbs and turned her into a pretzel and here I was playing around with small expressions. 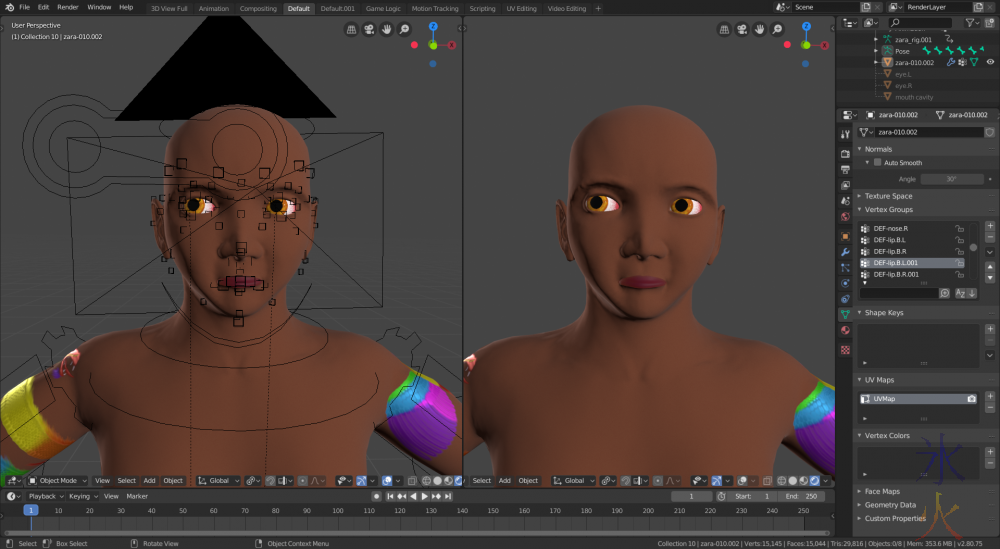 Split the panels just so I could show the non-animators among us the puppet controls and the result.

It can probably be surmised that I finished all the naily bits but I'll show them off anyway because yes. 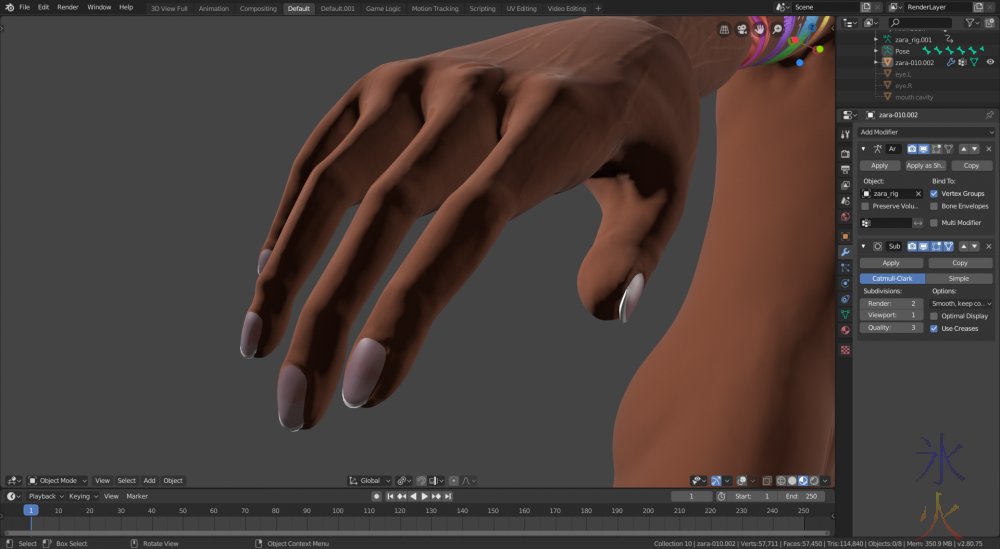 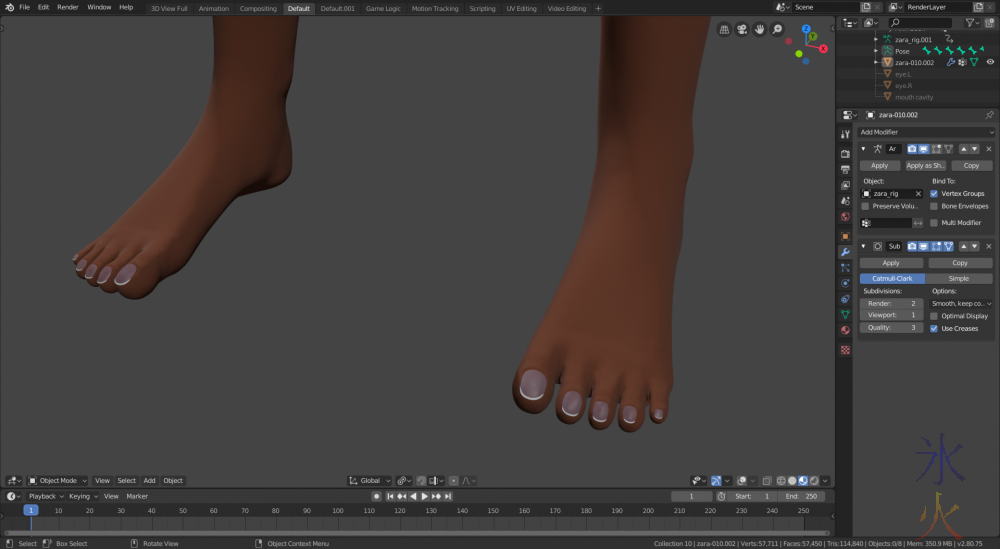 Next job is hair and eyebrows, then some clothes and I'll post a few test renders of her before I chuck her in a scene with Red as I have a feeling that Red's topology will infuriate me into redoing it before I have a chance to post the two of them together.  I'll have to work on it between the photobooks though as I'm seriously running late with those and have this sinking feeling that I'm not going to get them done in time to give to my cousin to take back to the island in time for Christmas, and of course my phone and computer are not talking to each other again which is a major problem.