It blew up around the head and hands but the explosions were much tinier.  I then did it again (imported the super hi res model into a new file, then the retopo object) and baked with an inside scan of 1 (apparently I needed a non-zero integer? o_O) and outside scan of 2 (seemed big enough to cover everything) and made sure the setting was set to closest along normal or whatever the option was.

It looked fine and after a cleanup I threw it to Blender to learn the new ui and Eevee.

Okay all the nodes are plugged in, why isn't this working? 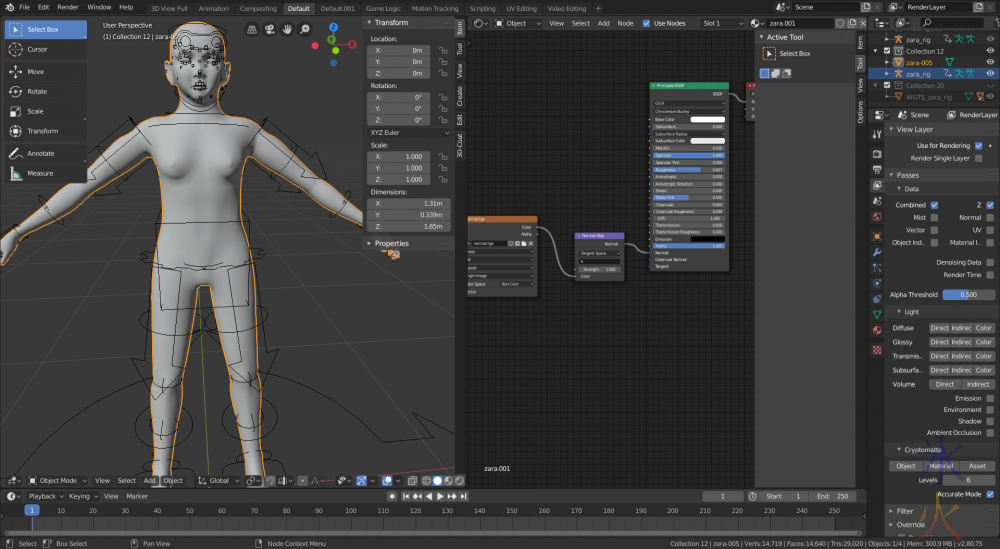 Is my node setup wrong? Maybe I need to up the strength? Hmm maxing it out isn't working either.

Oh wait silly me it's on the wrong view mode, I have no idea what "look dev" is but the icon is similar to the "material" viewport render from 2.79 so let's go with that. 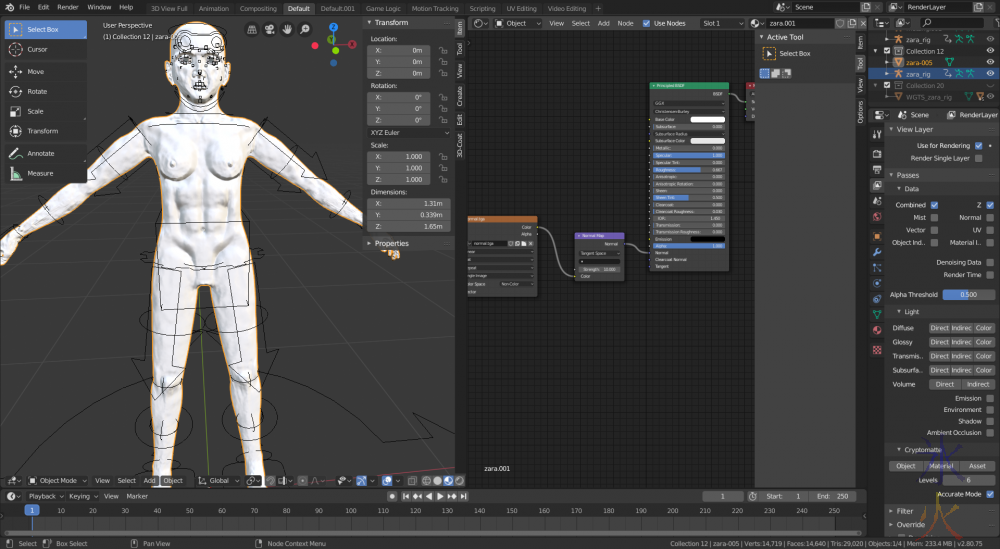 Ahhhhh oops let's put the normals back to 1 shall we :S

And we'll whack colours on while we're about it (nipples and lips are the same colour right). 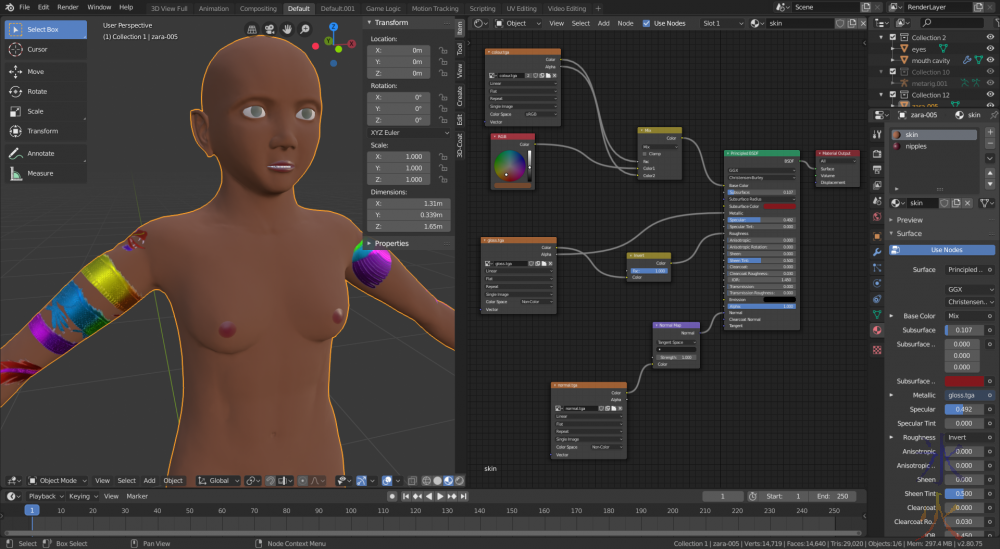 I thought I had a metalness map but eventually remembered I used the gloss map exported from the texture bake tool.  I'm pretty sure that black is supposed to be the equivalent of transparent but I removed the background as a test for something else (spoiler: it didn't help but didn't hurt either).  Then there was a bit of stuffing around trying to find the right combination of ways to plug the gloss map into the Principled node.  As there was a roughness rather than a gloss node, the gloss map needed to be inverted and I used an invert node because I'm lazy and it saved bringing in another image map.  Got there eventually.

And then I blew $US25 on this procedural eye shader. 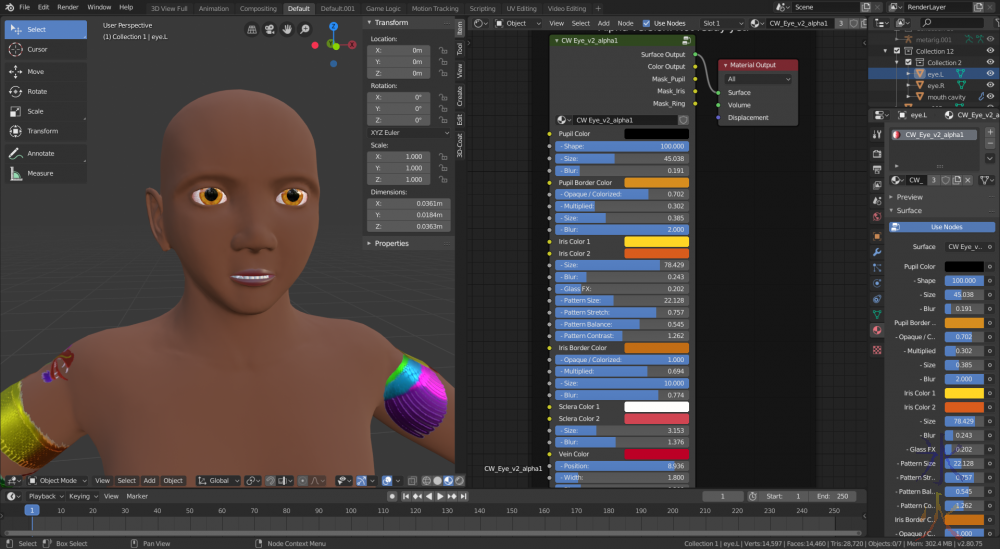 It may not be ready yet but I'm currently trying to work in Eevee (even if it's apparently unable to do some stuff, the shaders are really nice and the viewport render is stupidly fast) and the alpha works in Eevee (the stable version doesn't but works in Cycles and also looks nice though I switched back to Eevee in a hurry when the viewport render did its usual thing XD).  With all those input nodes I'm hoping I'll be able to wrangle something to make Zara's eyes luminous and add that green fleck into Red's eye (those two have annoying eyes).  If worse comes to worse I can apparently bake them (which will be entertaining as I've never baked in Blender before).

And then I realised I should probably go to bed x_x A good (if long) day plus this much progress after being stuck for so long has put me in a pretty good mood, and even breaking my Memrise/Duolingo streaks, needing to clean up the tattoo map more and possibly being too tired for tai chi tomorrow (again aaargh) can't dampen it! XD