It's nice being happy with how things are turning out for a change,  though I did have a big stress for a short while about how the first layer of green coverts over the blue ones weren't even.  It's still bugging me at the moment BECAUSE I KNOW but on the bright side I can't see it now that I've done all the green bits at the top so it's easier not  to care. 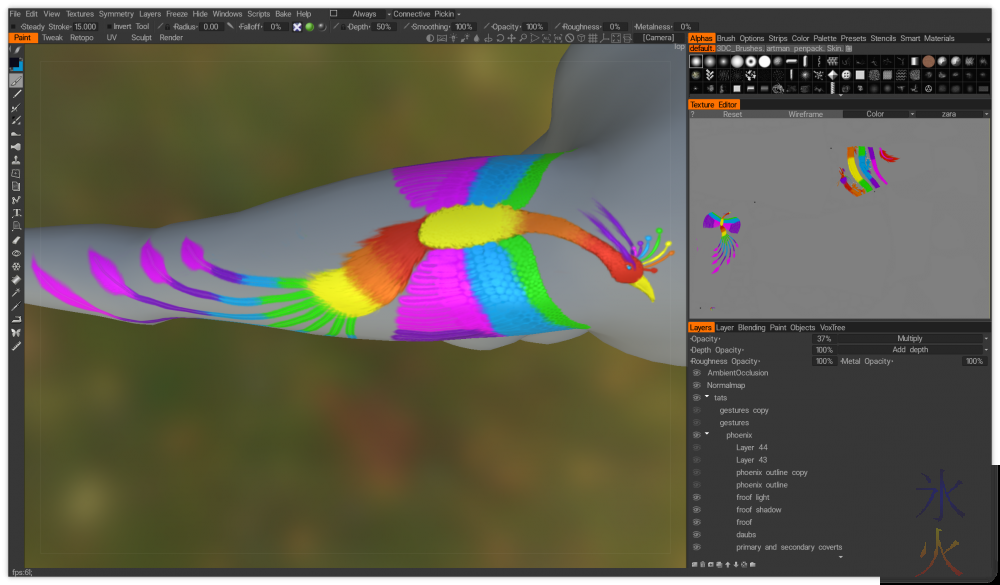 They look pretty nice togethe too. 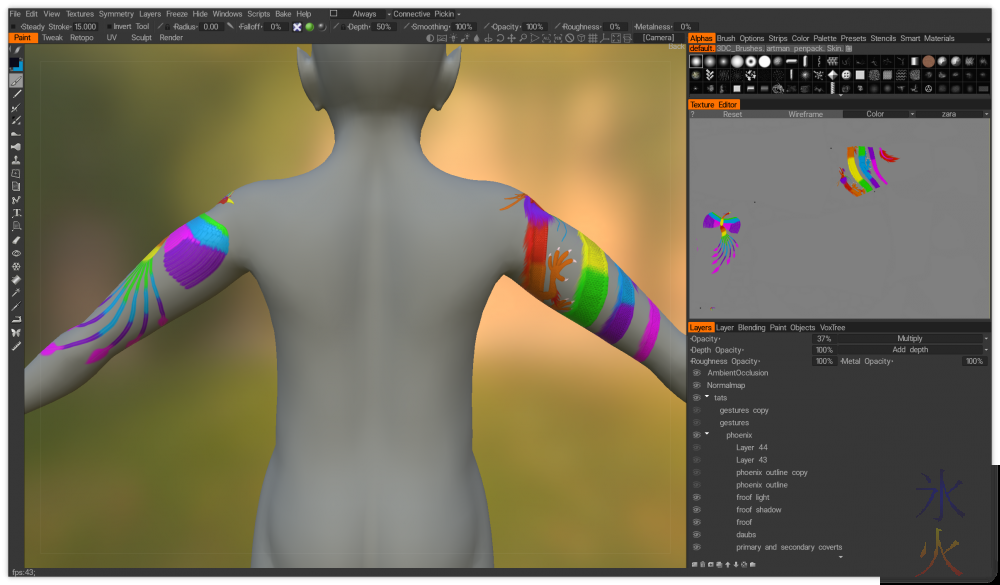 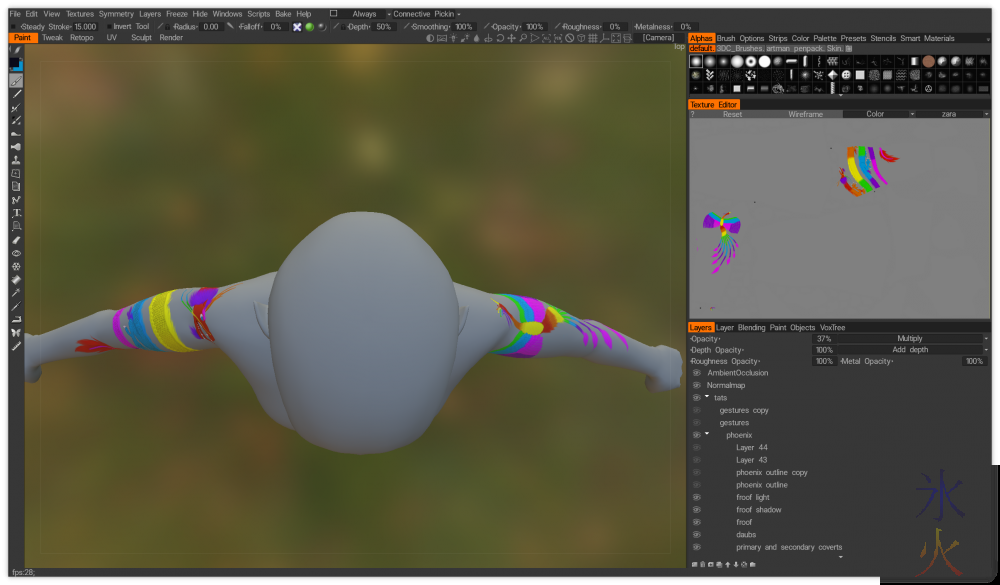 Think I got the balance I was aiming for.

However while I was painting (because I kept turning the wireframe on every now and again whenever the painting went slightly weird to check the seams forgetting I can't see the seams in wireframe mode in the paint room) I noticed that the body topology wasn't really working around the chest area and after a while and suspect I might need a few more arm loops.  @rainite dropped a video they've been looking at for retopo and there was a female character in the thumbnail and I felt like a complete idiot for not figuring maybe I should loop rounded breasts as well.

So I should probably have a polyflow that goes something like 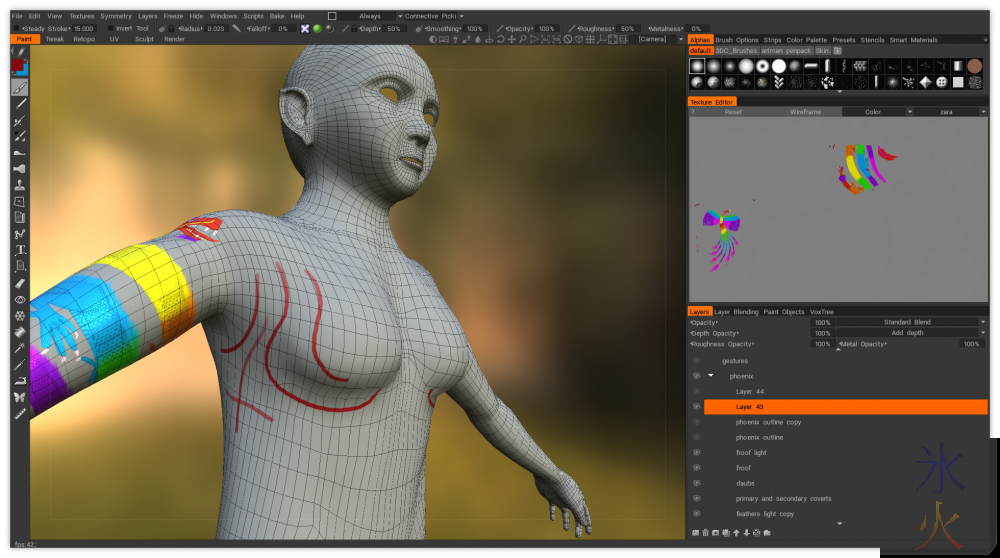 I've also decided against painting the displacement maps and instead just finishing the sculpt and baking it because the sculpt tools are about a million times easier to work with.  I abused the liveclay brush a bit though and have been recently reminded why I was going to experiment with painting displacement when the mesh got super dense in some areas and brush strokes were getting bumpy.  Must remember to keep switching up the brushes.  I'm currently in the process of giving Zara a breast reduction (I hate doing boobs I'm so not good at them) and will fix up a couple of fingernails and finish the toenails, and will then adjust the retopo as necessary as well as the uv map.

Then I bake the displacements and hope I can reapply the tattoos and then hopefully I'll have both Zara and a decent female Base base to use (I always start sculpts from the generic base model to make sure I actually make the characters as my dislike of "ruining" "nice" models would otherwise mean all my characters end up looking too similar if I do them from a gendered base, but bugger doing retopo and uv mapping repeatedly XD).

After that it will be off to Blender to do hair and clothes and the rest of the texturing (including remaking my Cycles skin shader for Eevee) and then throwing her and Red into a scene together.  I was thinking of doing a comparison to see whether the painted or procedural skin textures looked better but I think I'm going to swallow the extra render time for the ease of using procedural skin textures which will mean I'll have to redo Red at some stage (and may as well fix that retopo there too).

At least it's moving again.