I wondered if it was freezing because the phone kept locking after a while but instead of doing the sensible thing and temporarily turning off the lockscreen (didn't really have to worry about the battery as it was plugged in) I decided to play Plants vs Zombies 2 to keep the phone awake.

I accidentally played for an hour but I at least managed to find out that Digikam was actually going through the photos, it was just failing on all of them.  It seemed to be failing regardless of what I did so I let it do its thing, fed the cats and dogs (meat had finally defrosted by this point, poor things got fed late because I didn't realise there wasn't enough meat and then had to do  the dishes to make room for a sink of hot water to defrost the meat in), put 10yo to bed and got back to work (and watching Digikam continue to fail, I really hope it's just "failing"/skipping over stuff it's already imported at one stage and actually imports the new stuff :S).

Here's where I'm up to right now: 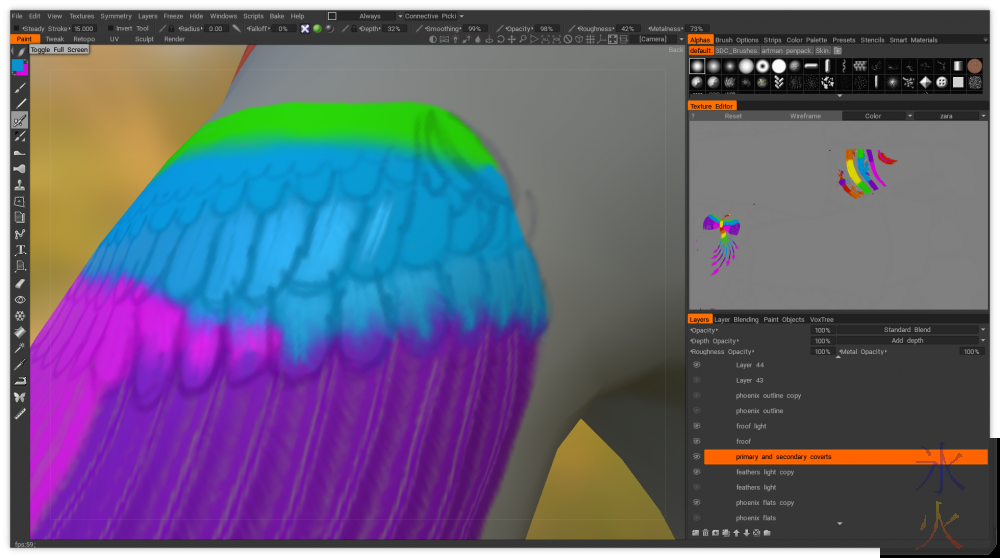 I'm trying to finish it before the end of the progblog so I can say I finished the second row of coverts but it's getting late so we'll see how it that goes.

The second row on the left wing is complete. 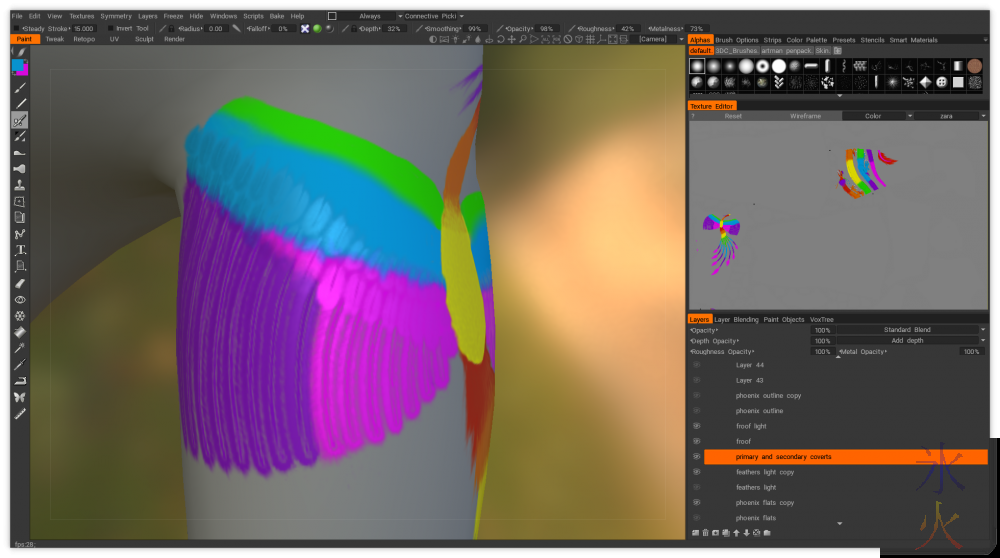 And the whole thing is starting to come together nicely. 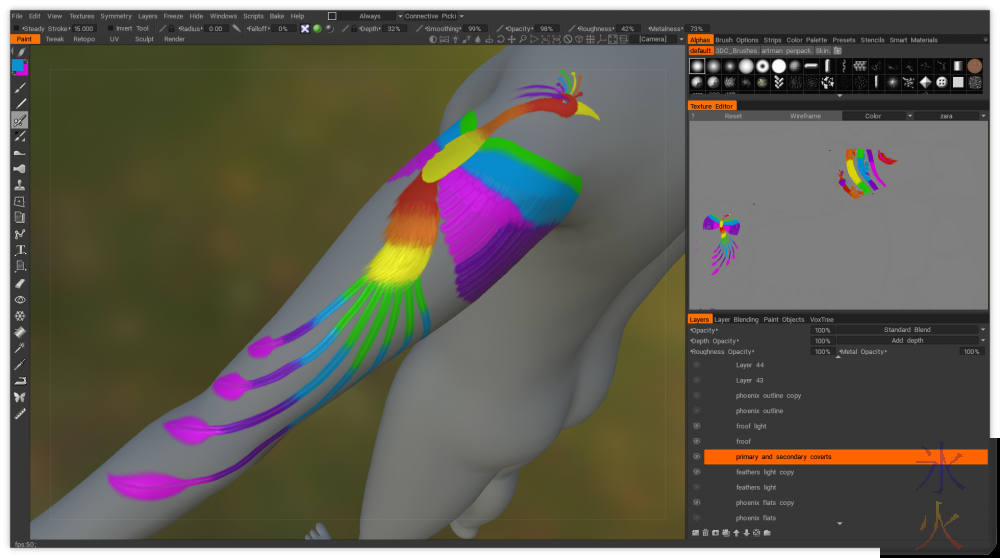 The top row of coverts and the allulas are smaller/shorter than the middle row so I'm hoping to get them knocked off over the weekend if I can cobble together a few hours in between stuff that's happening, then the top part is just daubs which could take a relatively short period of time or it could still take forever as it's sometimes insidiously difficult trying to get a simple daub to look good (the head, neck and body are daubs and it took ages and varying brush sizes and working out the stroke before I got it to look like that, and there I was thinking all I had to do was dot my pen all over the tablet and that would be done quickly, hah fool that I am).

Then it gets a shadow layer and then it's done, yay!

Am totally not looking forward to displacement mapping and totally regretting the not-baking experiment as if not for that I'd be going to Blender and  struggling with that instead (as I now have 2.8 and it looks and feels really different and I haven't had much of a chance to play around with it and find where everything went).

And I'm also wondering if I should be making higher poly models but I'll work that one out the hard way like I do everything else.