(spoiler: both did their best despite being not 100%, 12yo was unknowingly at the beginning of a bad cold and 14yo knowingly at the end of it, 12yo didn't medal this time round as competition has been brutal and 14yo got all the medals and is looking forward to more competitors in level 5 as it won't be just him and his friend in their age group anymore...however he may have changed his mind about not competing next year as he found out/got reminded that they get a state pin for their jackets whenever they make it to states and wants to collect them XD)

Which meant instead of finishing the bottom rows of coverts over the week (ideally I would have finished all the coverts but that was always extremely optimistic) I got through one wing (which is better than not) and started muddling through the next one.

Then I had to watch hours of Youtube with the little plague rats (I love them all). 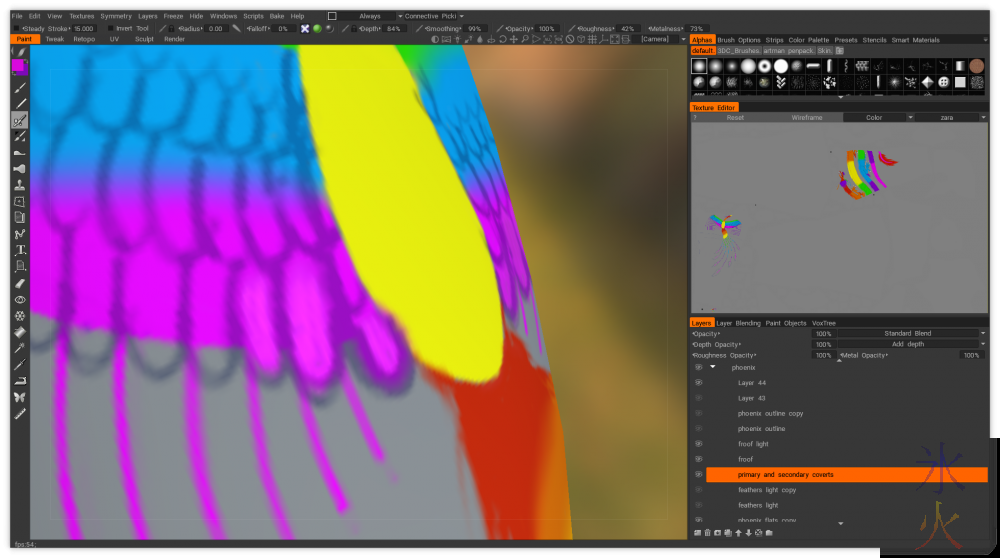 The above is a "live action" shot as it's a screenie exactly where I stopped working on it (just in case it's not as blatantly obvious as I think it is I usually set up the screen shots).  My main goal was to have the entire bottom covert row of both wings done by now, if not the entire wing (which was always going to be a massive stretch requiring the ability to intensely concentrate on it and nothing else going wrong which is basically never going to happen XD).

And this is pretty much why I stopped my Patreon. 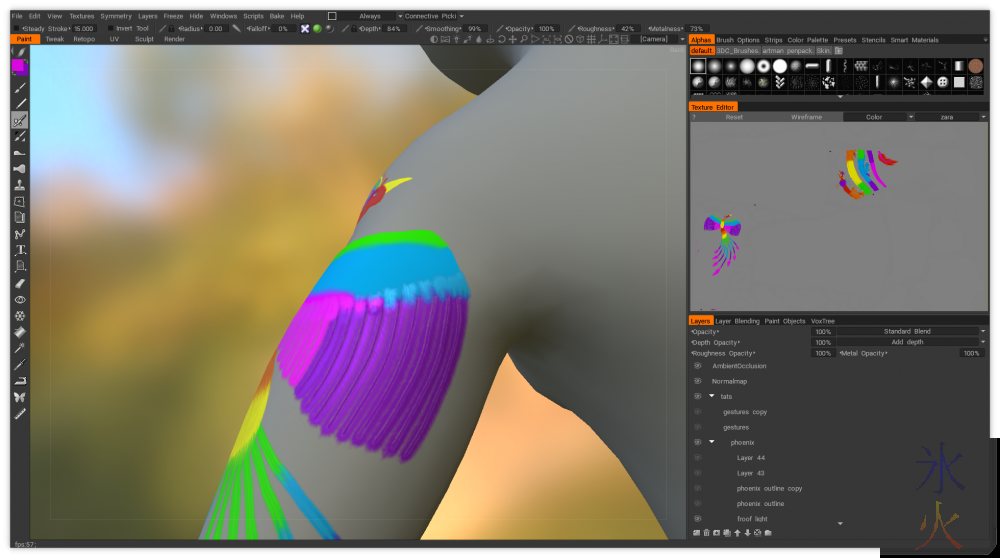 Might need to work on the colour blends a bit more.  They're picking up the light really nicely and I've got the effect I want so pretty happy with that.