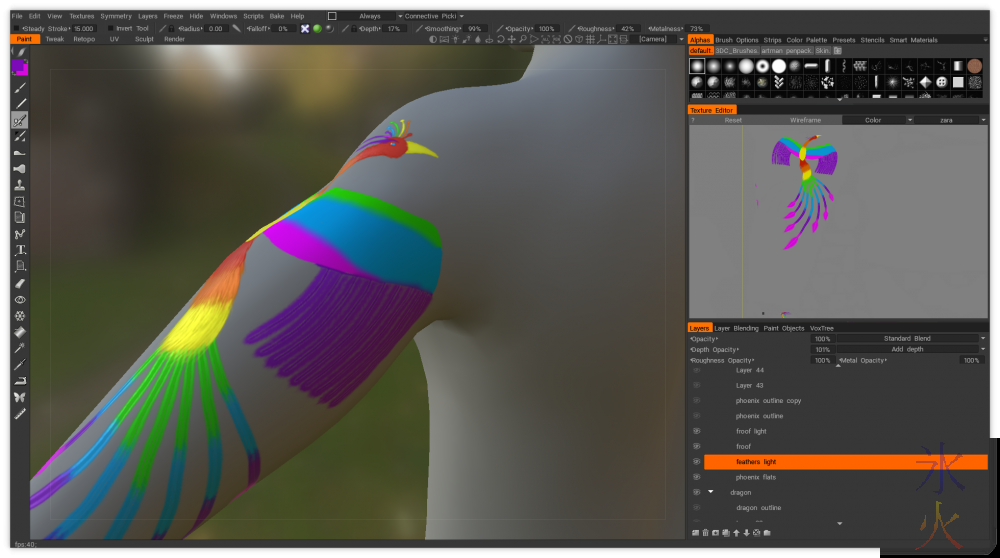 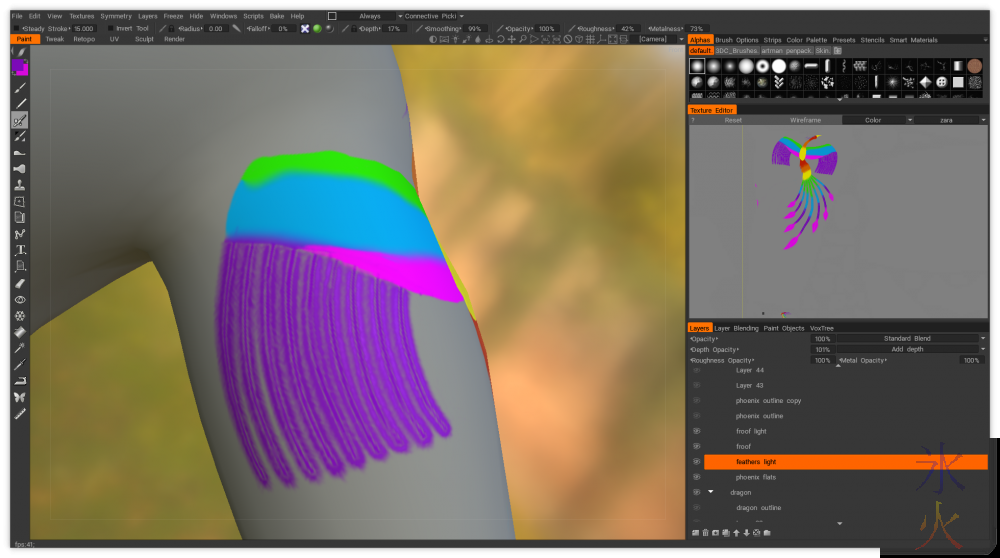 I'm not sure where I got fixated on 10 primaries, I think it's because that's how many I chucked onto my Avian base model because that's how many fit with the feathers at a sensible size.  I was having a lot of issues with the wing sizes and feather spacing on this tattoo and eventually decided that 9 primaries spaced better than 10 so knocked the innermost feather off on each side. 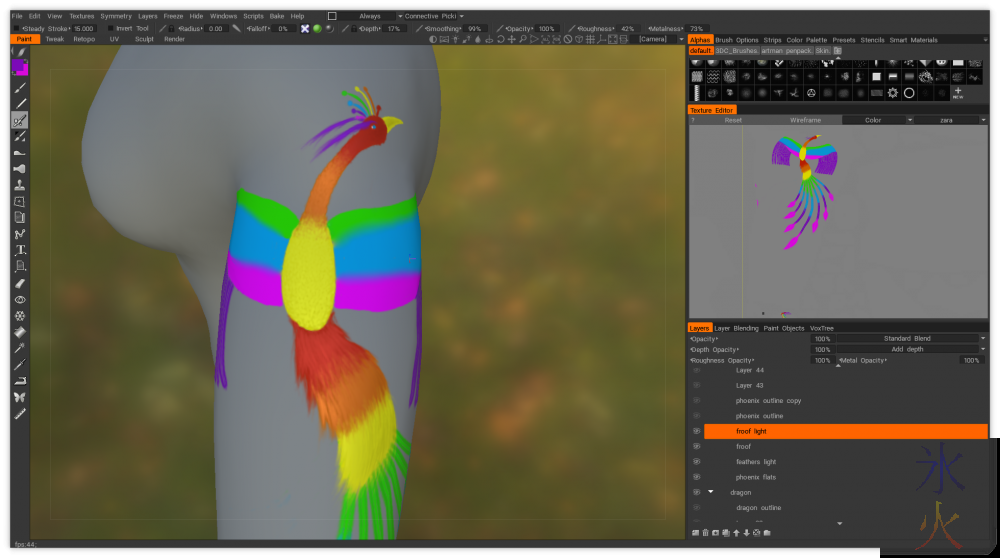 I've developed this habit of continuing to work while working on the progblogs which is why they keep hitting the internet on my Saturdays instead of Friday nights like they used to.  Not that that stops me even on the Saturdays, as I figured that seeing as the froof is minimal on this one I may as well just do it right now. 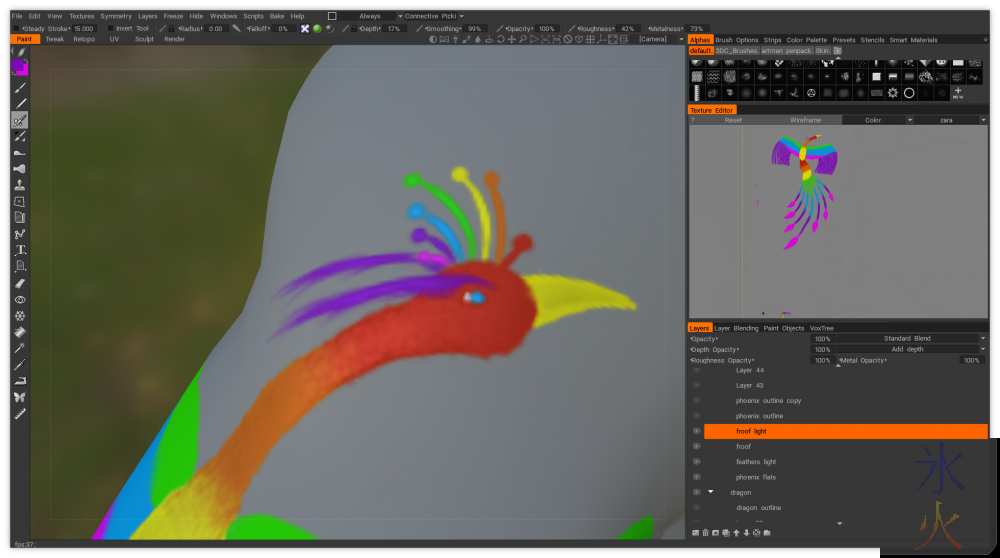 I've been backburning ideas on how to do the rest of the feathers while working on the primaries.  I think I have an idea that will work but as per usual will have to see if it works outside my head (sometimes they do and sometimes they're catastrophic failures XD) and it's pretty much the next job after I'm done here.

The data entry is also continuing whenever I don't feel like texturing.  Only two years off the current block now (in 1995AER, current block is set in 1997AER, which is 4199CE from memory, need to look it up to be sure as once I had the calendar down I started working in their time).  Hoping to get that done soon too so I can both do more note refining and not be spending so much time doing data entry (I'm technically supposed to be doing it as a "break" but sometimes I get obsessive because that's how I am >_>).