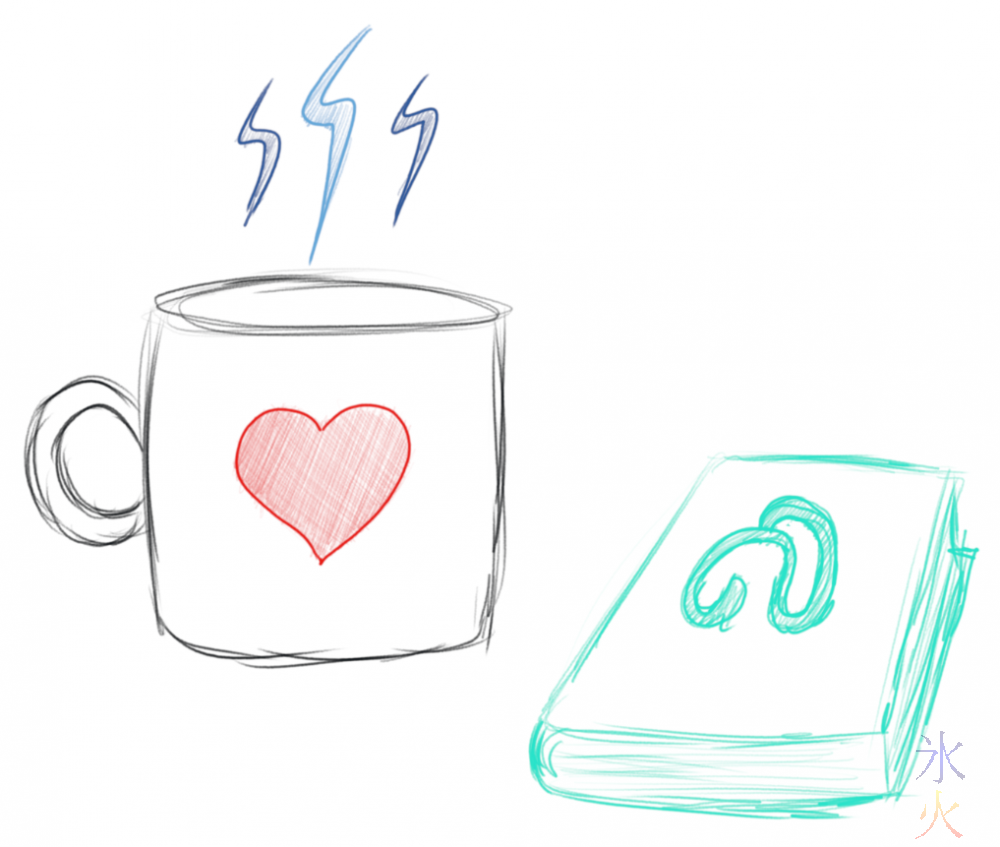 And by crypto I mean mostly steem.  I'm also flitting around Narrative and barely hanging around Hyperspace.

Ko-fi and steem are much more my speed (casual and easygoing).  Narrative seems like it wants polished, finished stuff and also appears more geared towards long form blogs despite the fact that there's many niches catering to things that aren't focused on the written word.  I trialled putting the progblogs on there for a couple of months but it wasn't really feeling like the right thing to do so I've stopped and will just post finished stuff there (which means posts are going to be few and far between).  Felt a similar thing with Hyperspace but I've also minimised interaction there as the apparent lack of downvote (which was initially seen as a feature and perhaps still is by some) makes it really hard for me to stomach people who are plagiarising things because they "just want to earn some amps", and the limit of one space to put your post in irks me.  I'll see how I feel about things when I next have a completed thing  to post.

The tail feathers are finally finished and they're looking all right. 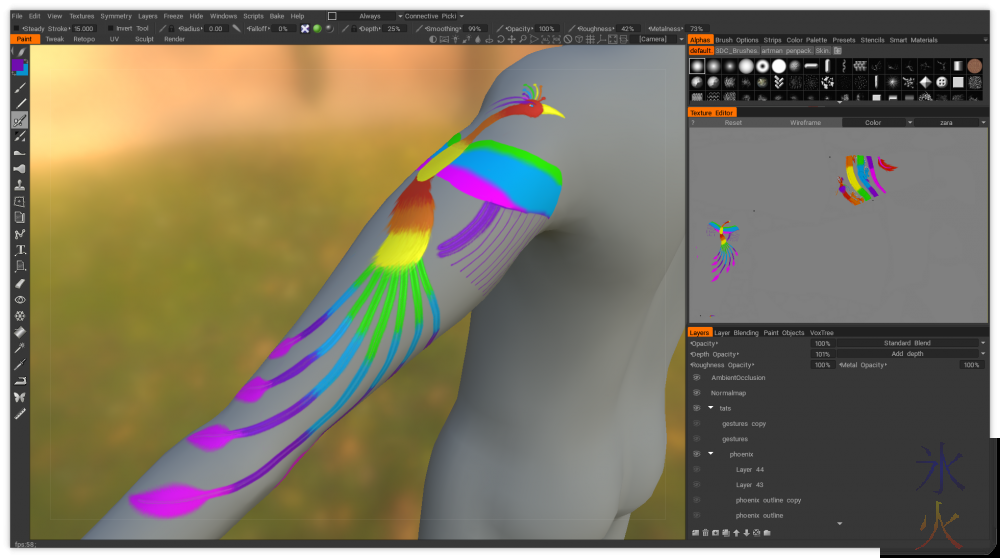 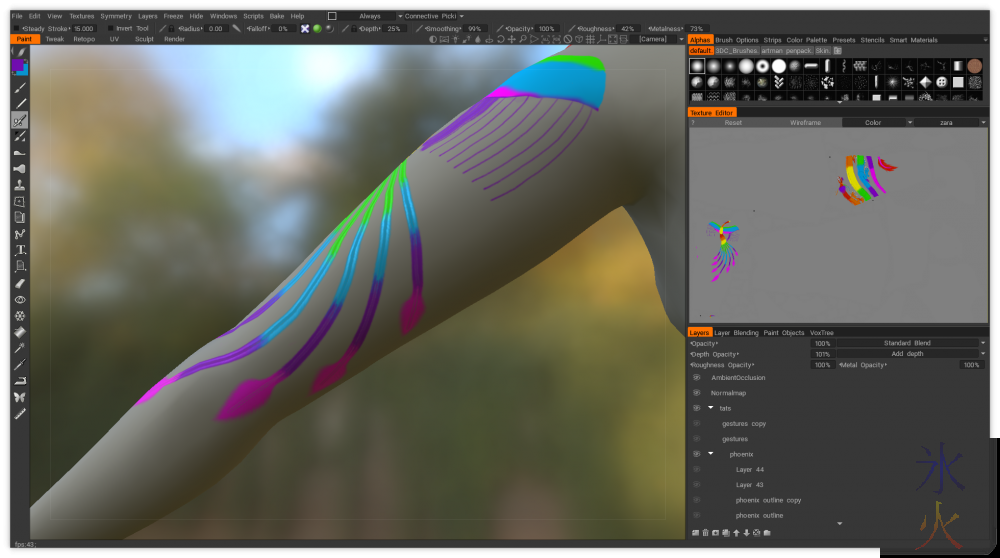 Can't see all the tail feathers together as they fan out too much and this was a slight challenge as I wanted them to at least look like they were the same length.  There was a bit of a complicated  thing going on involving a friendship bracelet 12yo had made me out of yarn and me trying to rotate the model without zooming or losing the length on the yarn (both of which required both hands).

And I started on the wings.

The first problem was that I started from the top part of the wing, and then remembered that I need to overlap.  Fortunately for once I hadn't gotten very far (had just started on the top row of feathering and was a bit over halfway through, have worked out how to do the tiny feathers quickly).  So they got erased and I started with the primaries. 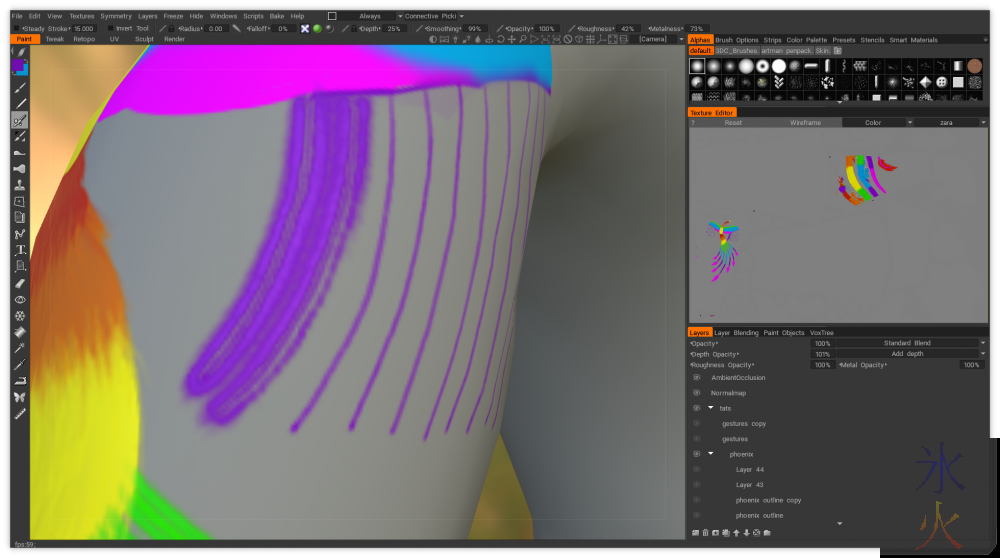 Doing the feather shafts was surprisingly difficult (probably because I'm tired, I really need to stop staying up late, but I keep doing it because stuff keeps stopping me from working during the day) and while I should be able to fudge things what's probably going to happen is I'm going to at some point notice the spacing is off like I did when taking the above screenie and hope I can fix it without erasing and redrawing everything again.

Once the primaries are done I should theoretically be able to do the secondaries and tertiaries similar to how I did the dragon scales and etch in the feather details using the eraser side of my pen.  We'll see what happens in reality when we get to that point.