So problem shoulder is acting up again.  It all started when I decided to have a shower with the extractor fan on (I'm aware it needs to be on but my need to be warm is infinitely more important than the need to avoid mould growth).  There was problems with the hot water system (we replaced the old one which finally died after possibly 40+ years with a cheap crappy new one instead of a good one because we thought we were going to be moving) or maybe it's a problem with plumbing, I don't know.  Anyway, I got too cold, I felt something twang while shivering (I'm aware it doesn't actually get that cold where I am but I have no cold tolerance.  None.), woke up the next day feeling sick (which I got over pretty quick) and getting dizzy spells when looking right regardless of what orientation I'm in (standing, sitting, lying, doesn't make a difference) which eventually fades but can recur randomly during the day which is tonnes of fun when I'm driving.  It's done wonders for my concentration.

JJ was able to give it a massage today which has helped a lot, may need more.  When we are able to wrangle a bit more of that annoyingly elusive time thing.

I had to start again about five hundred million times.  Deja vu much. 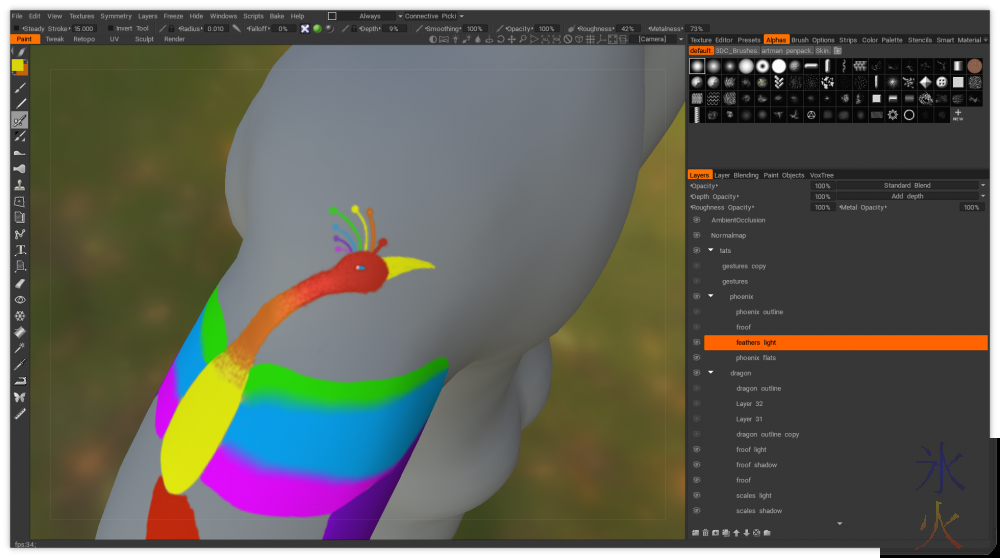 Above I'm trying to show the falloff which I think is working (though I am alternating between thinking the feathers look fine and the feathers look kinda woolly x_x).  Below a closer view of the head and crest (did the yellow feather and the beak while waiting for the above to upload XD).  I'll probably need to go over some bits again by the looks. 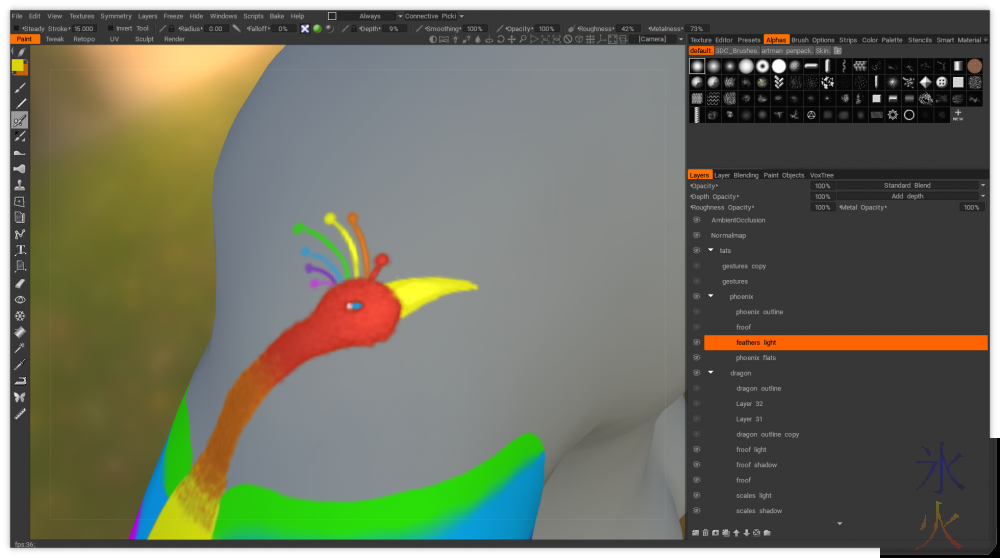 And finally showing that I am actually starting on the yellow section.  Yellow and pink are annoying colours which won't show up properly under either light unless you're on an awkward angle because yes. 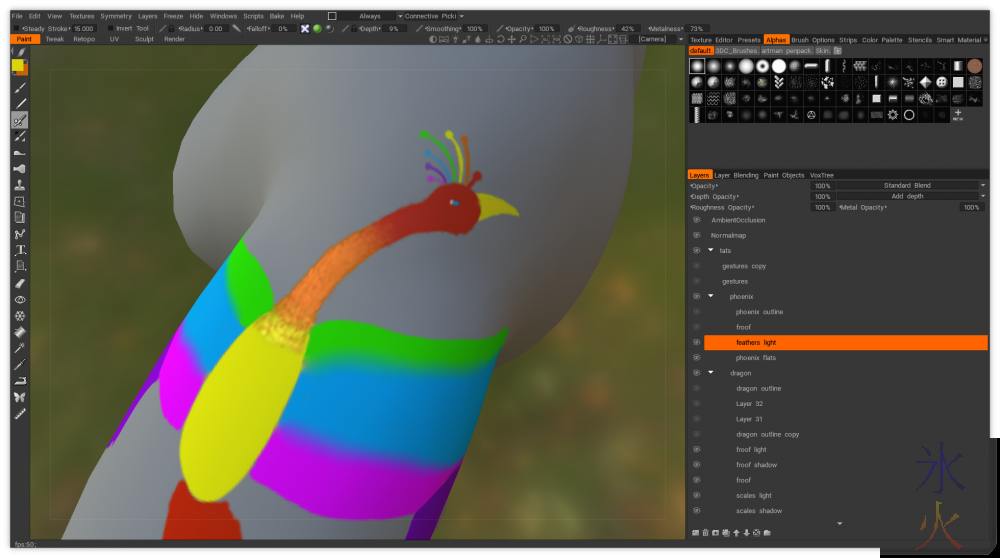 The body and the bushy bit of the lyre tail shouldn't take too long now, it's mostly the wings and the long feathers on the tail that I'm worrying about.