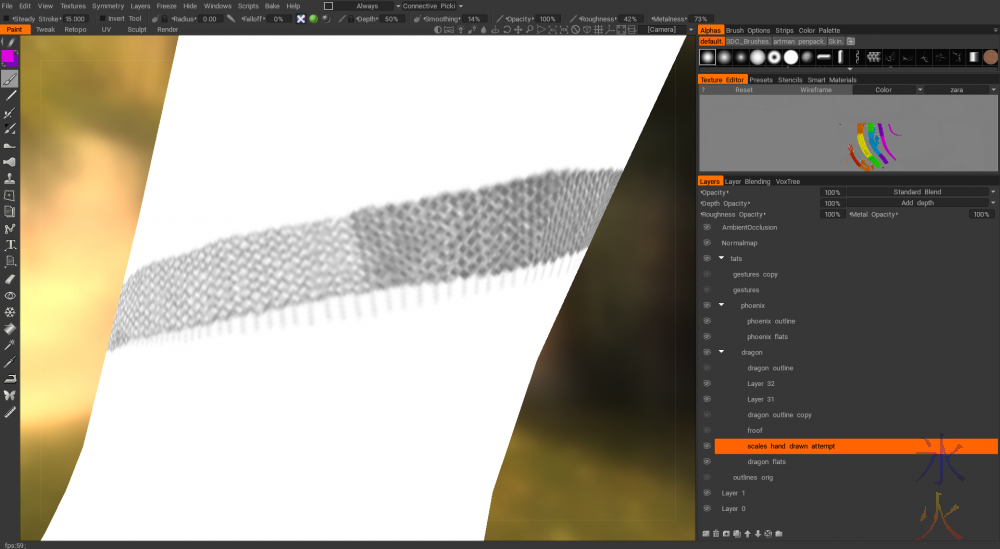 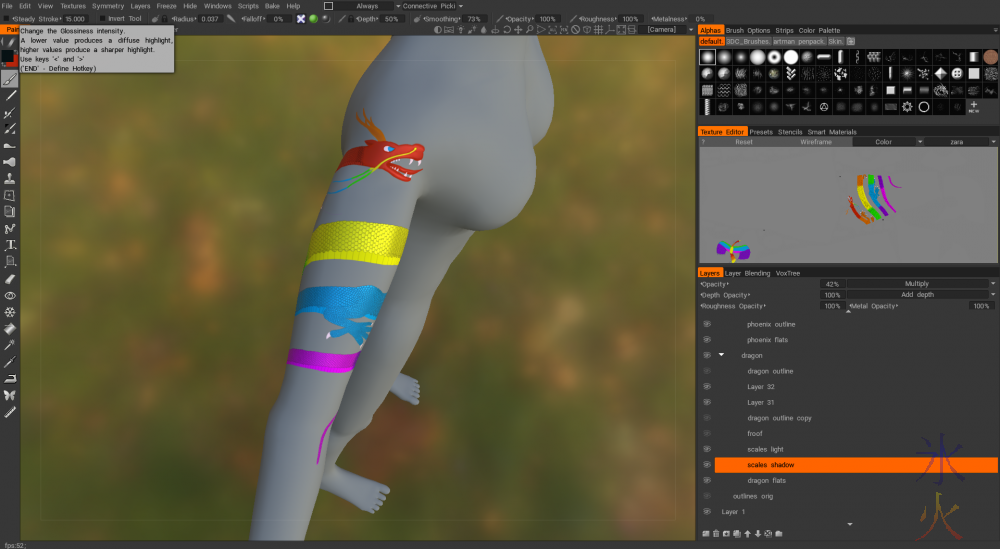 I did a quickie experiment around the head and yep I couldn't avoid doing a "shadow" type layer.  Played around a bit more with gloss and metalness (which also does a pretty cool shadow effect but doesn't get the look I want) before sticking to 100% roughness and using a complementary colour. 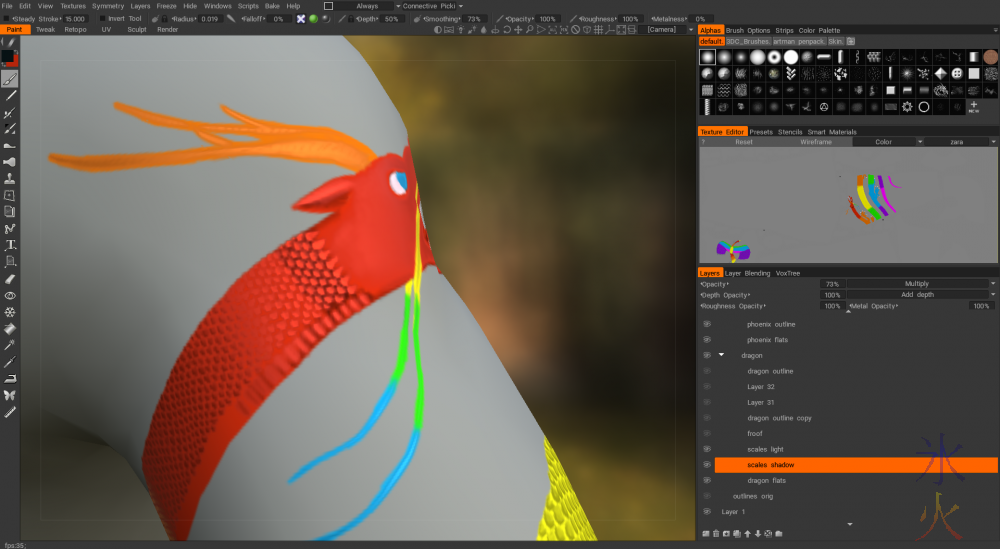 After carefully picking out those bits for experimental purposes I continued carefully picking...and then realised a lot of the top bit is going to be covered in froof.  So I just coloured quickly under it til it poked out from under the froof and will proceed a bit more carefully where it shows. 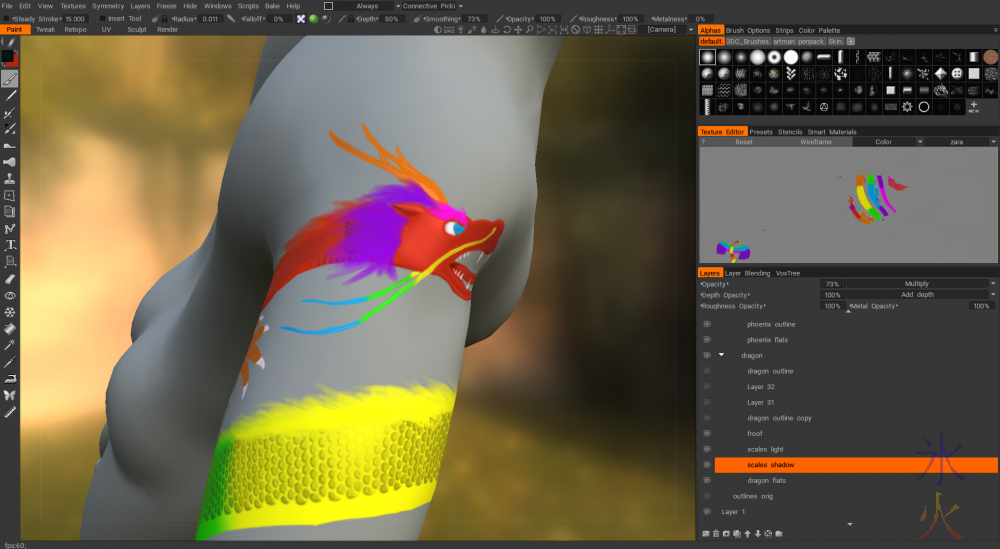 Might also make the purple mane a bit longer.  Then have to do the same things for the belly scales and the froof, but they should be a bit quicker as the belly scales are pretty straight and I'm reasonable at doing hair now (even though my interpretation of these types of dragon is that their dorsals are more like anemone tentacles that bunch together in water to look more like dorsal fins and help with stability and steering and are free and easy in the air).

I hope the phoenix tattoo doesn't take this long.