This week otherwise was not very productive because things kept happening, but I did manage  to get a fair bit of scale work done.  It's going to be shiny as all hell in Blender if this is anything to go by. 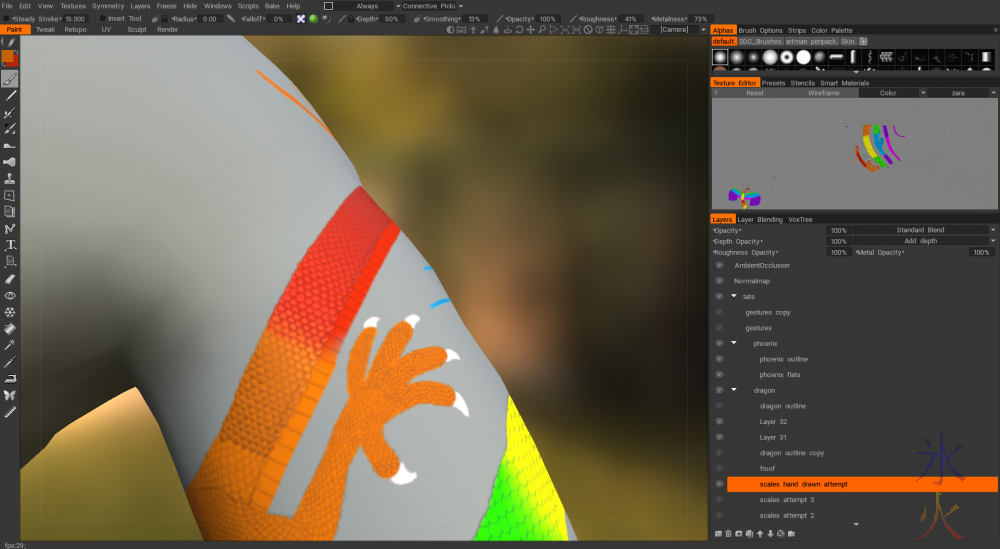 Looks much nicer when I do the more accurate lighting (and had to change the angle as the orange bit is under the arm): 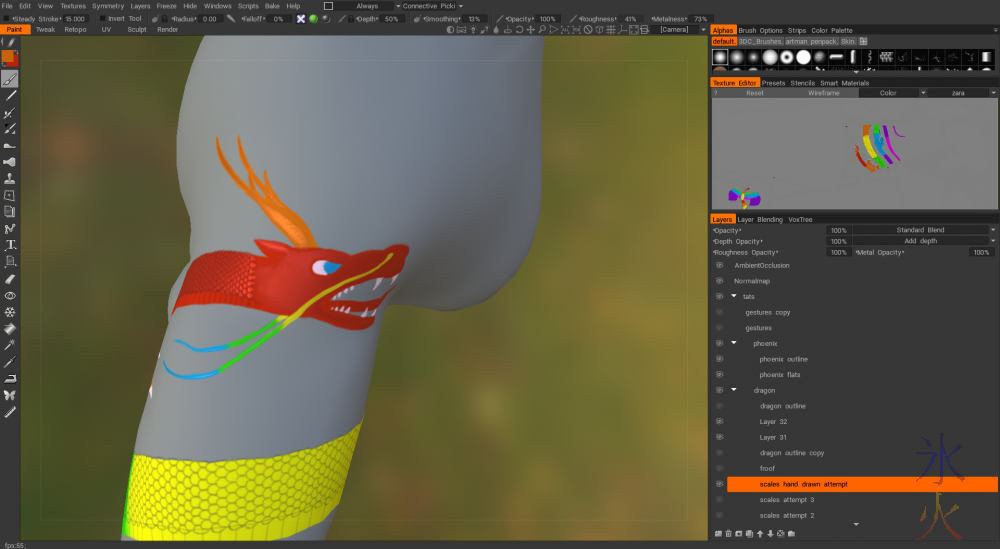 It also looks better with the outline than without so I'm probably going to need a multiply layer for the flats.

With Witchies I'm generally cursing my inability to make fingers look good.  Normal people would just do hand studies or something til they got better.  Sadly I am not a normal person and will probably find some ridiculously and unnecessarily complicated way to practice down the line. 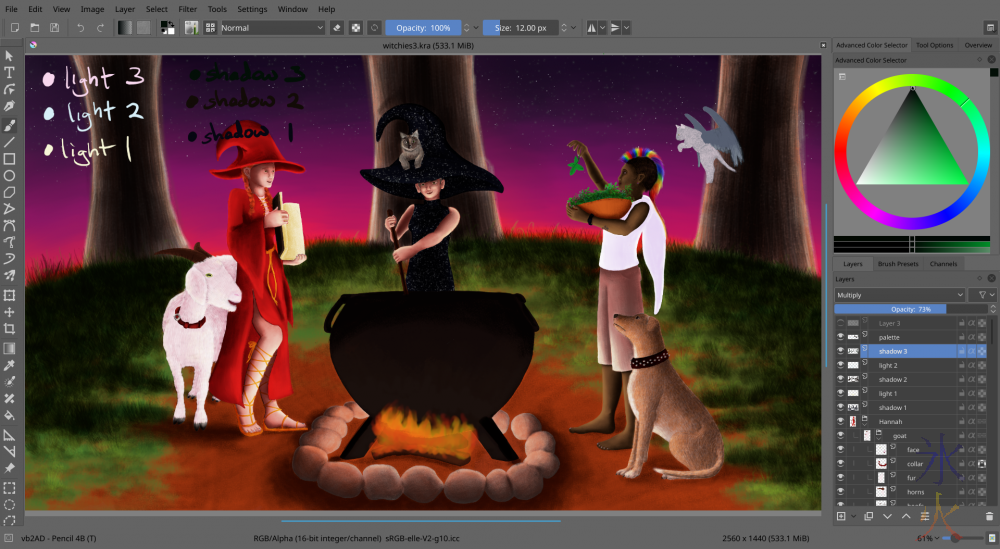 I'm a bit annoyed with my lack of ability at the moment, hoping it will look better once I've finished the last light and shadow layers and then the fire light and shadow layers (I'd really like to do a day scene soon so there's less insanolighting to wrap my meagre brain around!) and then some scratchings to make it look like there's a recipe in the book that they're following will make everything look acceptable.