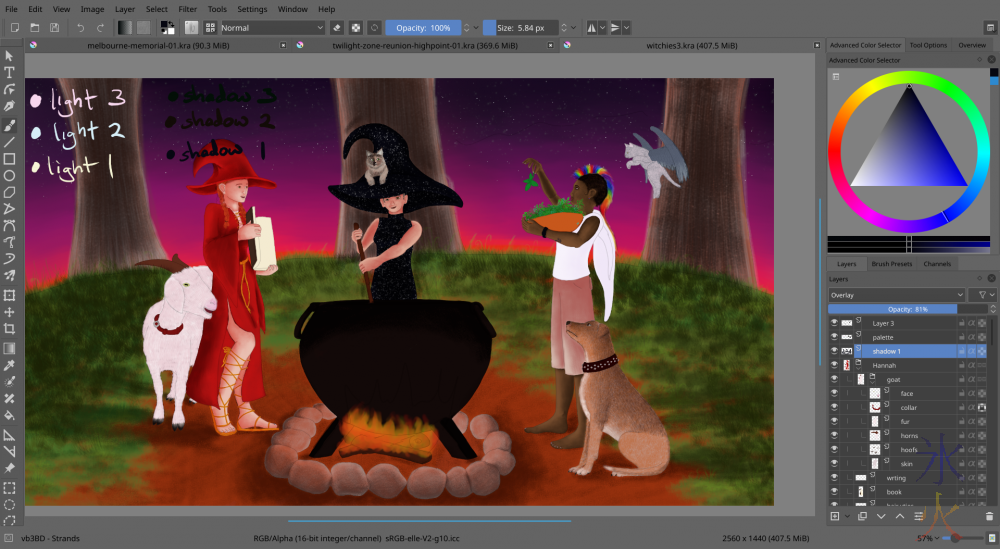 I had some time and sp4 issues while working on it on Christmas Island and obviously it ended up not being finished in time, so now it's just going to be a normal present when it's done.  And I succumbed to showing my friends the wips because I've been dying to do that since I started this.

Yes I know it's ridiculous.  I suck at doing real people so I always have to turn them into a character and/or throw something random in somewhere so in this case we got some physics defying anime silliness.

On 3d, well the scales are still taking forever mostly because I keep redoing sections  that are really bugging me.  But at least I finally got up to the green x_x 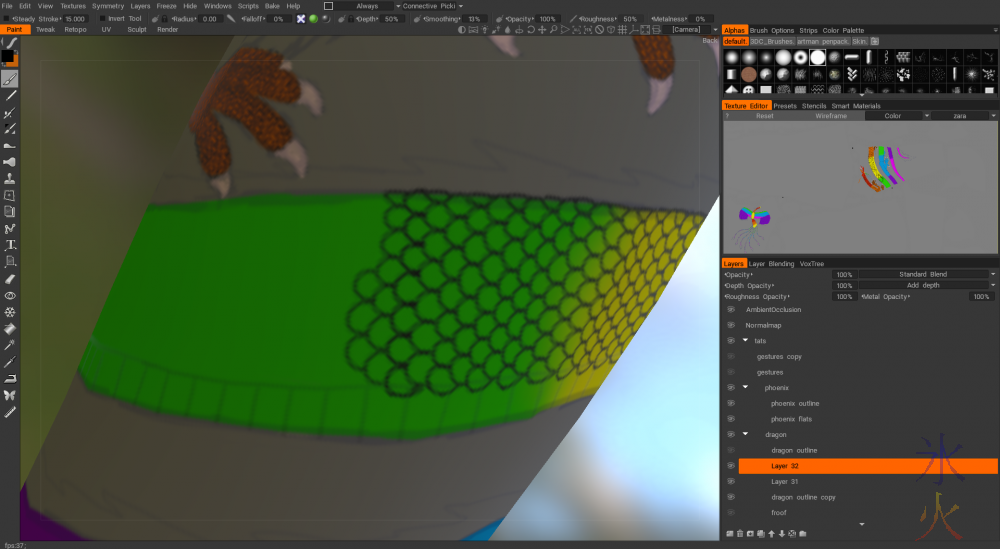 And as much as the blips are annoying me, in the interests of progressing I'm once more fighting my insidious perfectionism and figuring it's probably okay even if I know they're there? 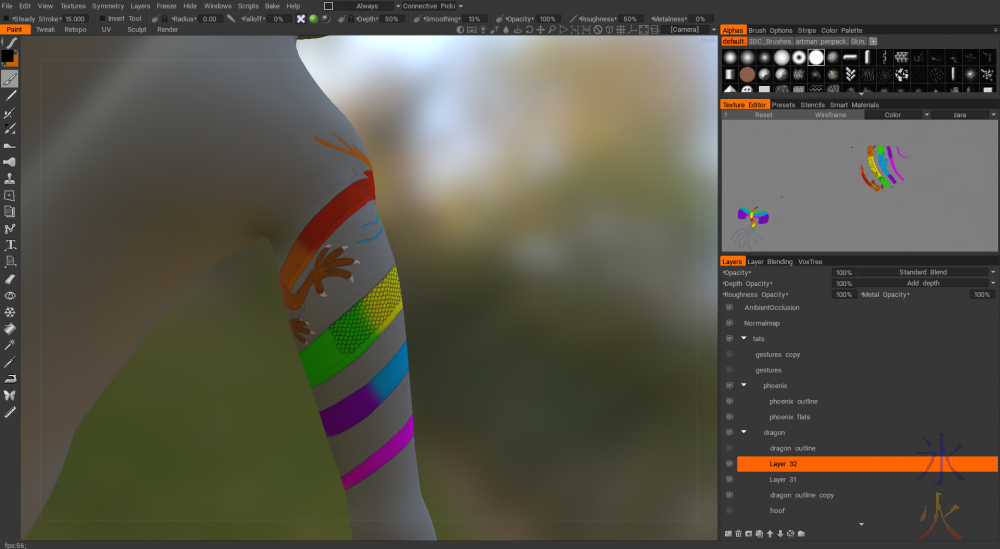 I'm really looking forward to finishing these bloody scales and getting onto the lighting.  Also probably going to change the dorsal froof back to a spine.  Hopefully the phoenix tattoo is easier!

After the tattoos I'm doing her arm scars and then into Blender for the rest of the texturing and then I'll set Red and Zip up in a mini scene and I'll see what renders faster and what people like the look of better.

I'll probably also have to redo Red's hair and rigging at some stage as some things are getting really annoying.