So, not long ago in the grand scheme I found out one of my friends has breast cancer.  There is another skinhead mohawk pending once I get a moment.  More recently my grandmother died.  It's sad but she was just shy of 100 so it wasn't unexpected.  Tomorrow I'm on a plane to Melbourne, and will be home on Saturday.  This is mostly heads up that there may or may not be a progblog next weekend depending on how I'm feeling.

Progress-wise, well.  With the scales I was really going out of my way to avoid drawing them.  I figured once I got the hang of the scale brush everything would be sweet.  Well I decided eventually that I would just see what drawing them would look like. 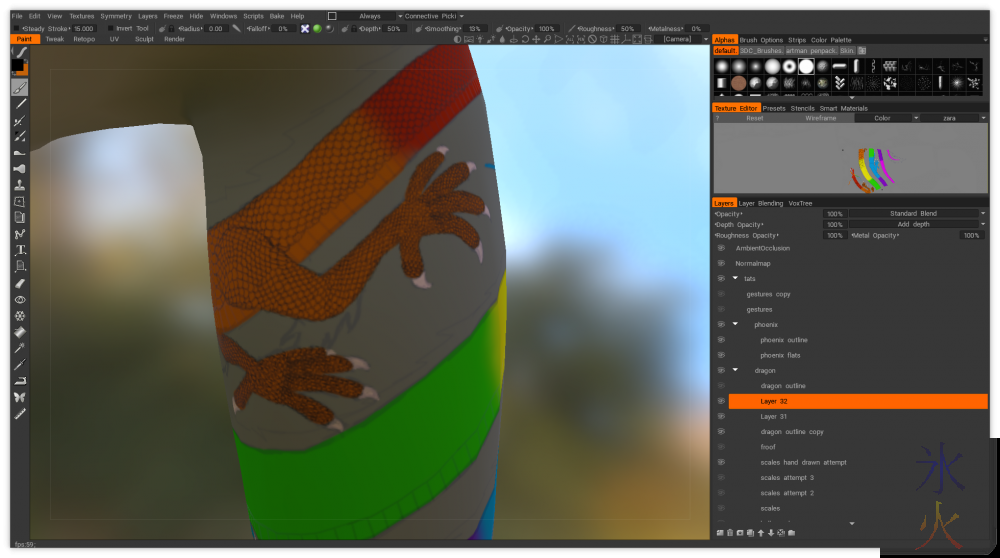 Ended up being a lot quicker than trying to wrangle the scale brush.  Of course it did.  I sometimes have to go over rows because I struggle to keep them consistently sized and straight, but it's getting  there a lot faster than it was before. 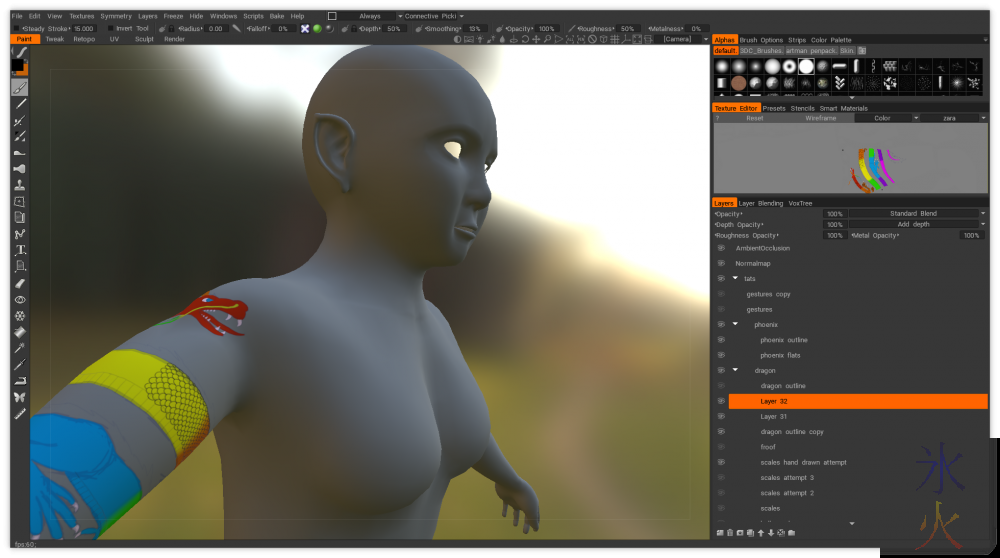 This is probably about as close a shot as any given tattoo is going to get at this stage (as nowhere in the script does it specifically call for a tattoo closeup but it's quite likely that when I get around to proper storyboarding/animating I will ignore the direction notes in my script and do whatever the hell I feel like at the time).

Anyway once I'm done with the outlines I'll fade them out like the other outlines and go over with gloss and colours.  Painting light straight up is going to feel weird initially as I normally paint shadow first, whereas here I'm not going to be painting shadow at all, literally just where I want light to hit most.  But at least it's moving again.