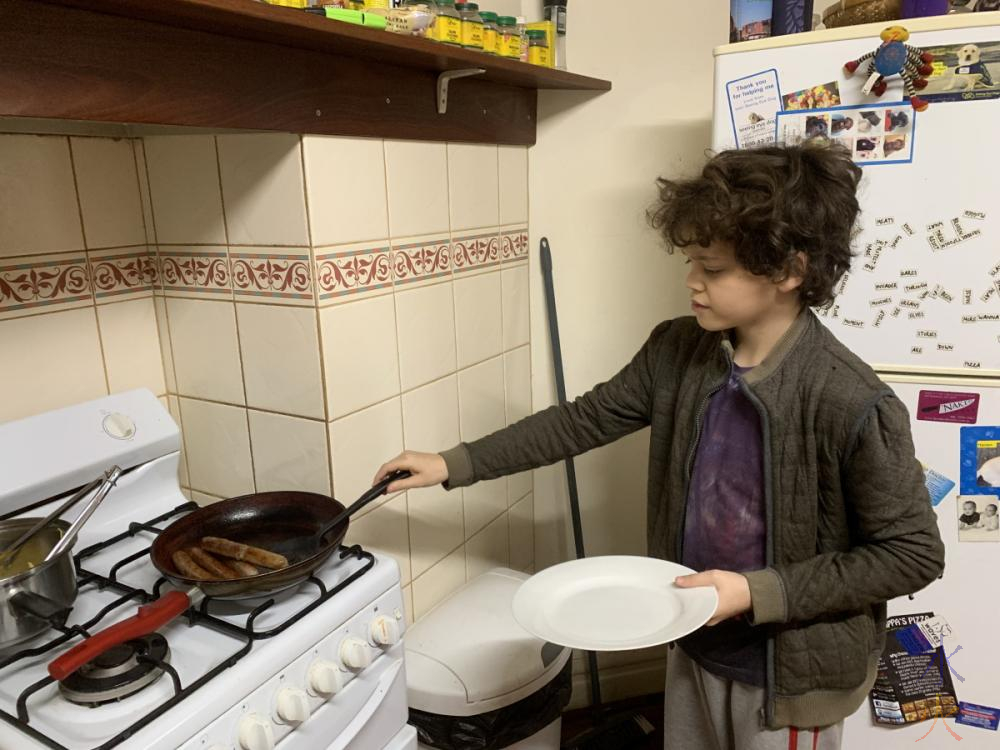 The appearance of the steamed sausages wasn't particularly well received by the 9yo, and it was noted that the flavours and textures differed with the different cooking methods.  13yo also decided he was going to start applying for jobs when we got back to Perth.

There was a family get-together as we hadn't seen JJ's brother all year (though we had seen our nephew a few times when we were dragging him and the grandparents out on excursions with us).  My kids once more stole their cousins so most of what the adults had to do was keep an eye on things. 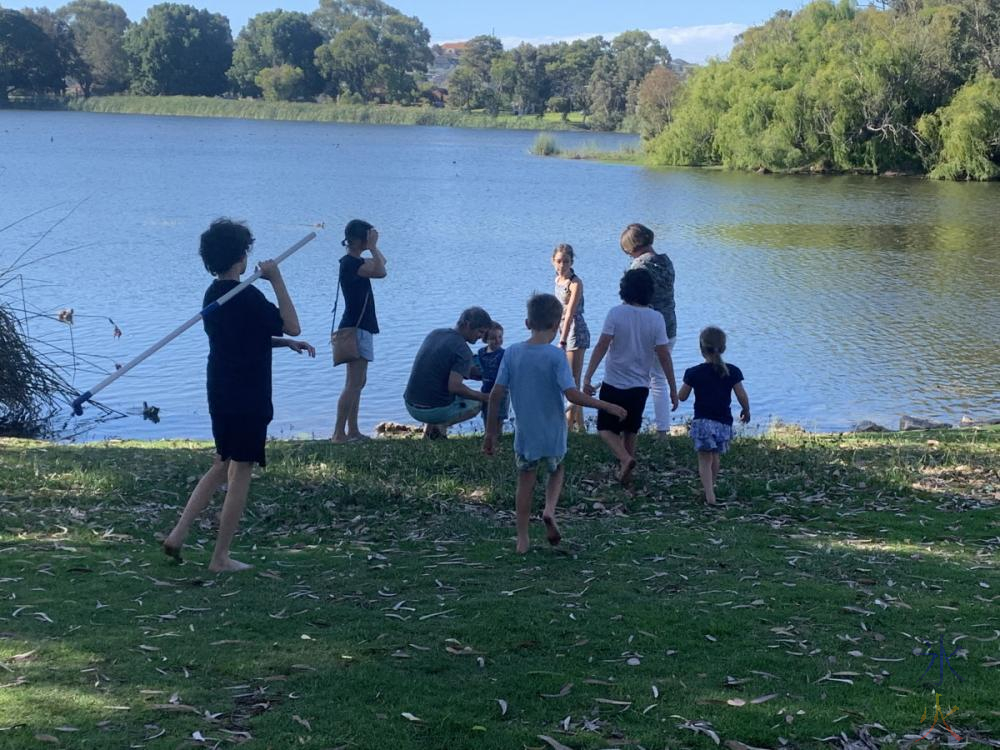 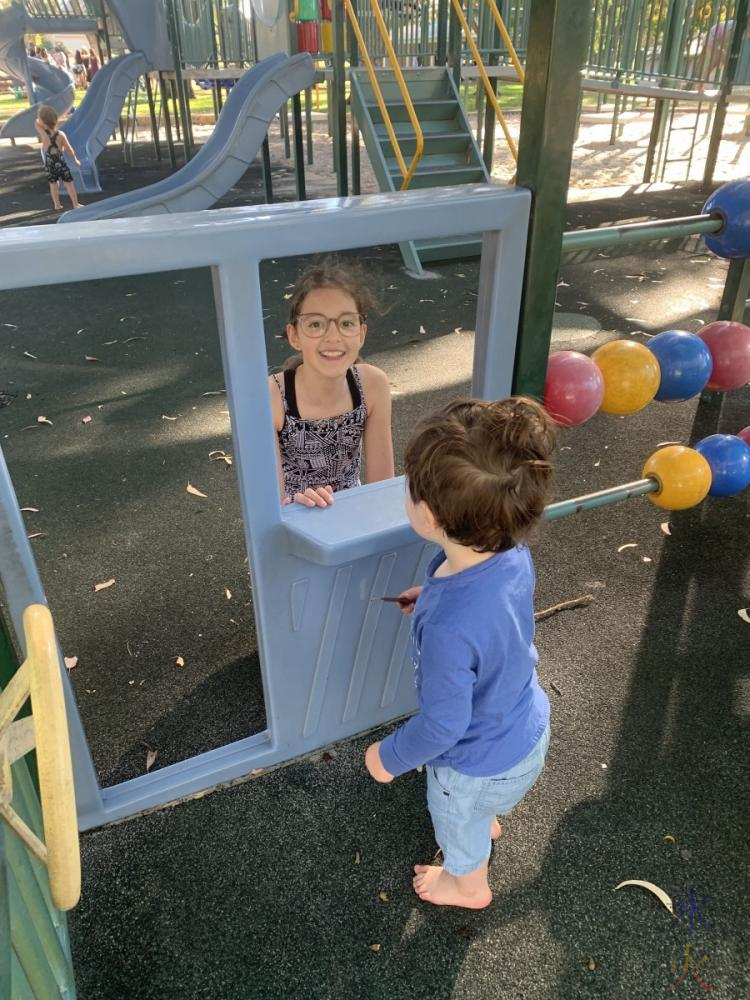 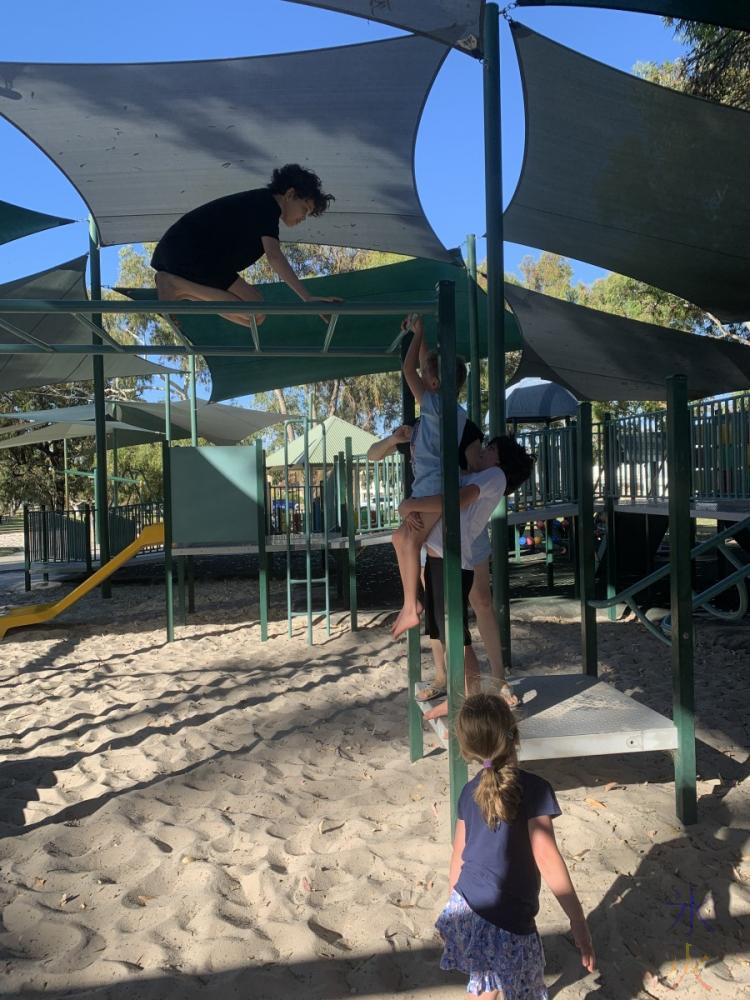 Travelling with older kids is a lot easier.  We got through the airport with the help of books and electronics for the small one so he wasn't too bothered by the crowds, and the plane trip was uneventful.  Being that much older, the kids were a greater help setting up for Christmas parties, with 9yo helping entertain the kids his age and the older kids helping out in the kitchen and also serving entrees. Mum has apparently been running the staff Christmas parties like birthday parties for the attending children with party games that have prizes.  The kids were split into teams and the bigs ended up being the team leaders for each team as the younger kids needed a fair bit of coordination.  Some games such as the gingerbread men decorating competition didn't require teams (just plenty of negotiating skills as they were all only allowed to have one colour each and swap with someone else for the next colour they wanted, also there was a time limit) and dusted off the boys' rarely used artistic skills. 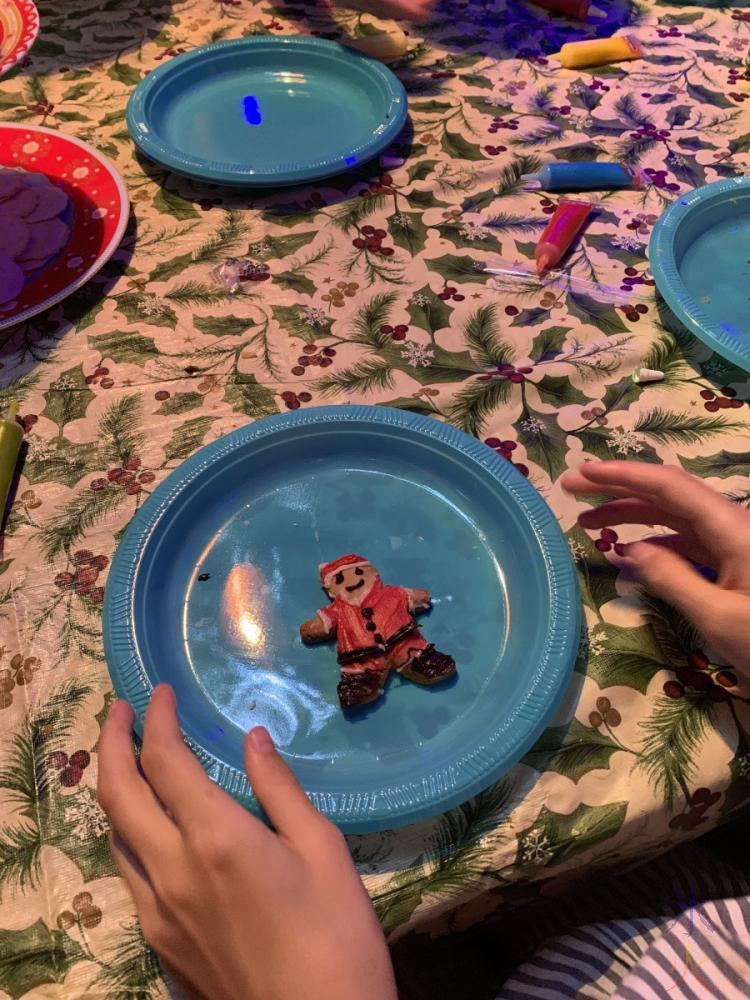 The kids got heaps of swimming practice in deep water as we spent a fair bit of time at the pool or beach.  The extension to the jetty had a metal grill platform that was often swamped at high tide and had developed some tiny "rock" pools, and the pillars were collecting sea life. 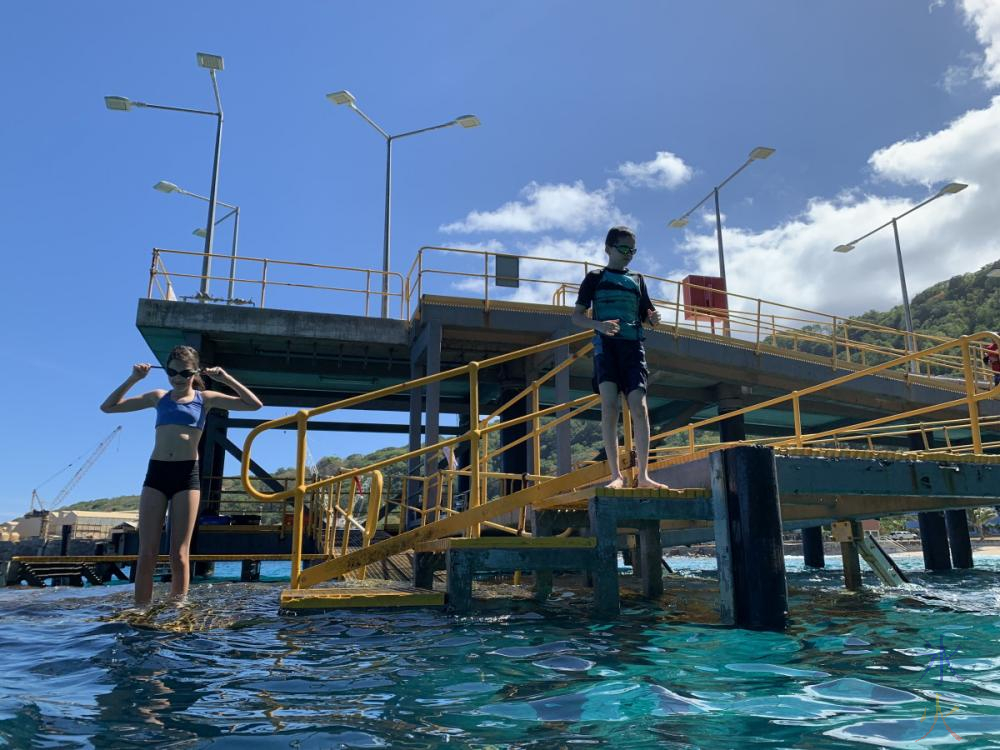 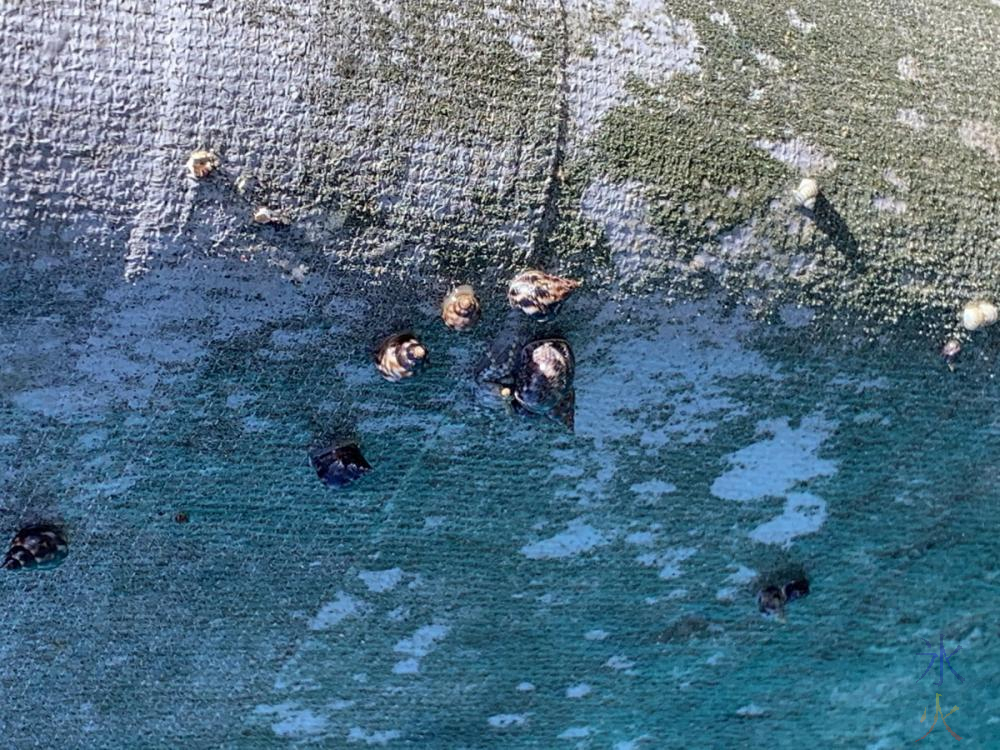 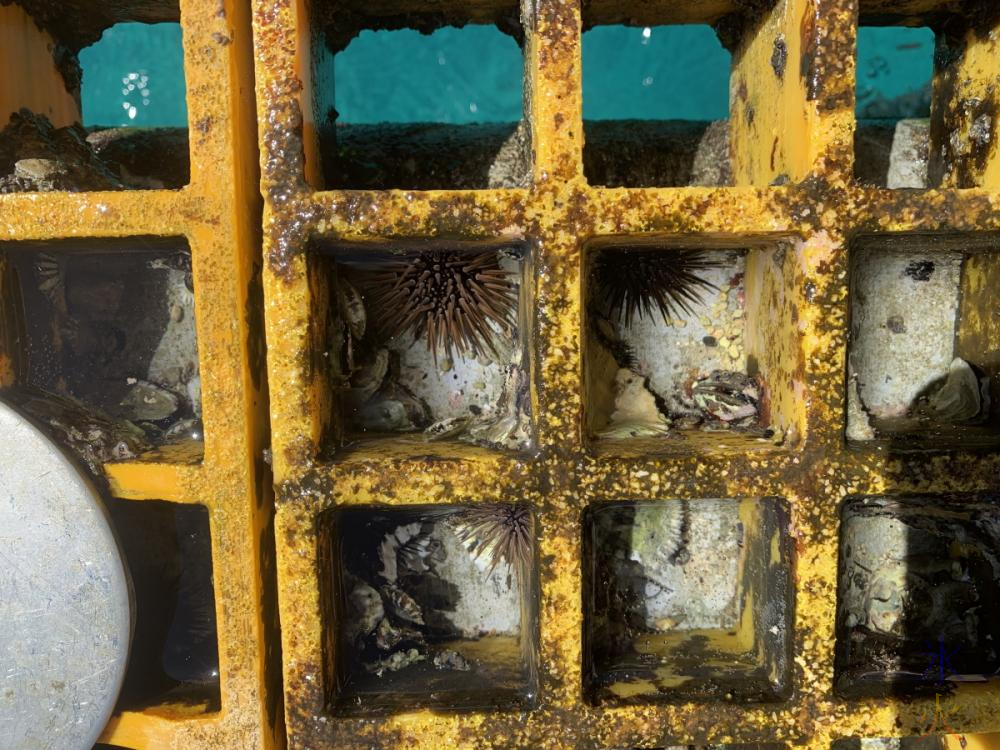 On one of the trips to the pool I realised that my phone was waterproof and in a waterproof case, and after a lot of umming and ahhing and fretting as I didn't have a computer to back up all the photos I'd taken onto and also didn't want to destroy my new phone, I decided to literally take the plunge and see if we could get some underwater shots.

We quickly found out that the touch screen is useless underwater, but we could take videos.  11yo immediately proceeded to set up a bunch of cool underwater shoots, most of which she did on her own, and some that she coordinated with her brothers.

The kids got some pretty good presents for Christmas, including a Stikbot set and expansion for 13yo: 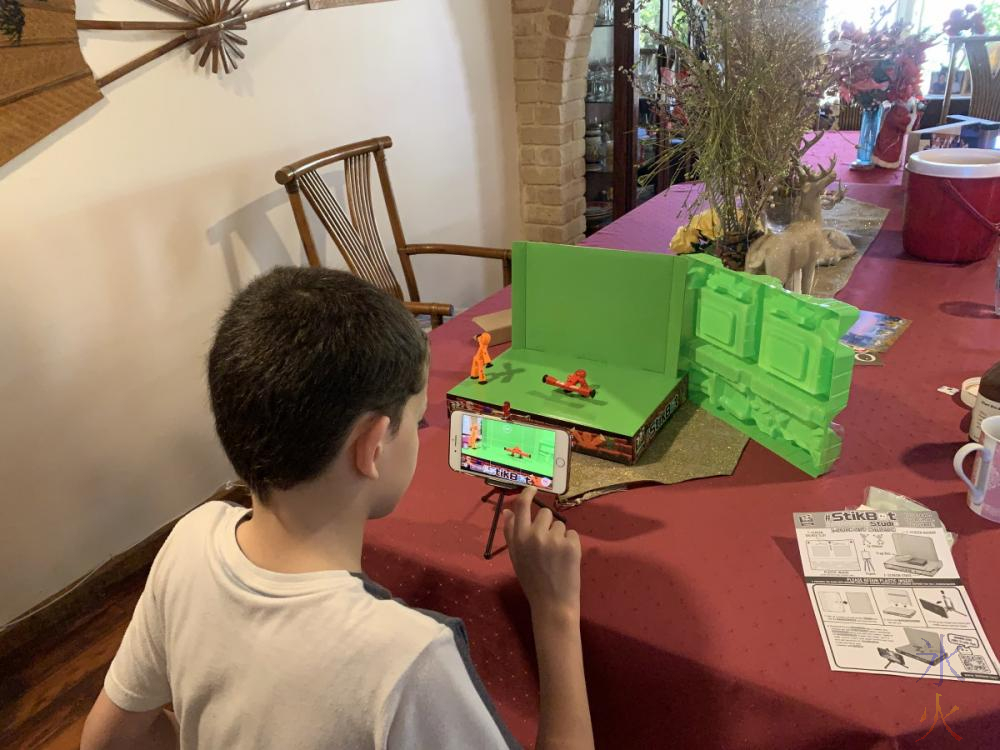 And one of those "disgusting" science kits for 9yo (Sprat and I were in Melbourne and saw zombies and it's right up his alley) which allowed the creation of edible gross looking things: 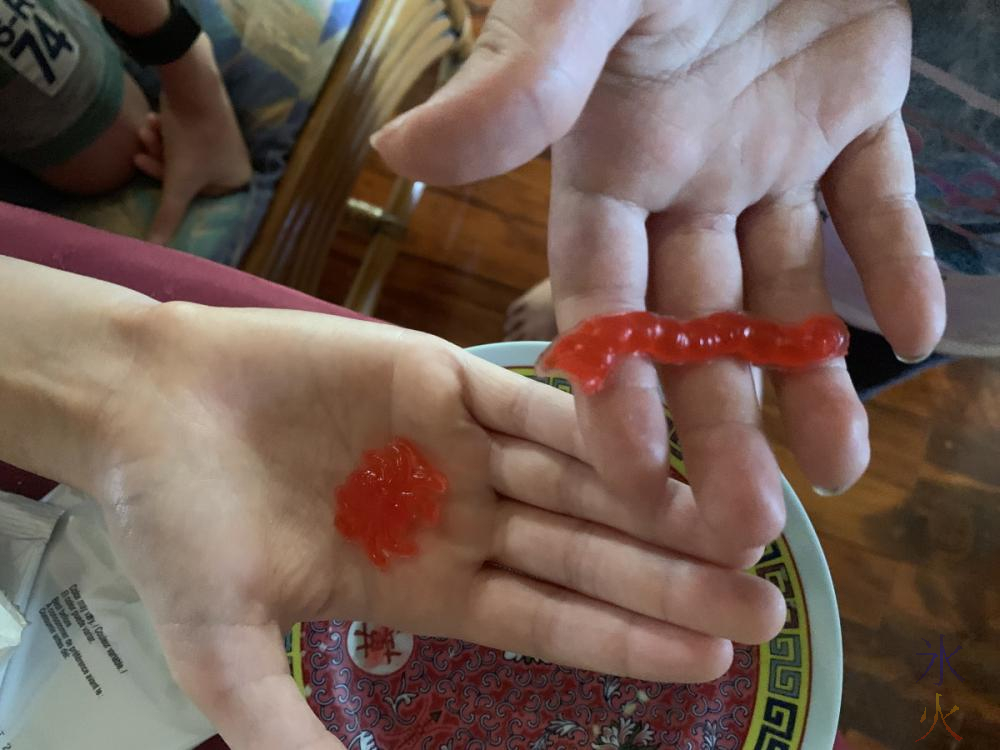 Last but not least, we got acquainted with a thrush who decided to build its nest on the patio.  It may come from a long line of thrushes who have chosen to nest on the patio (the patio itself has changed form over the years into its current incarnation, and from when I was in high school there is usually a thrush nesting somewhere on it).  My parents had nailed up a hanging basket as it was quite adamant on failing at building a nest in that specific area.  We spent December and January watching the chicks being raised. Most of December was otherwise spent chilling and hanging with family and not going out of our way to cram all the things in.