Anyway.  I'm currently stuck with the dance animation because the characters didn't end up where I wanted them to be due to a severely truncated tumble run. 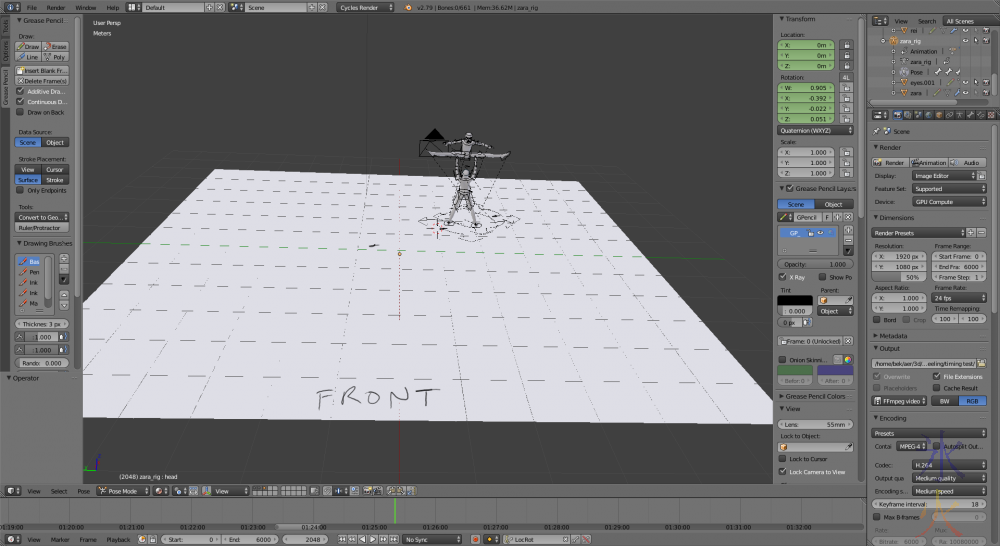 I originally planned for Zara to do a proper diagonal with at least a slight run-up and 4-5 tricks.  Then I had a problem of Rei's tumble run being not nearly as long because she's just learning and doesn't know nearly as many tricks as Zara, plus she does a slower and more graceful one that doesn't utilise a run up.

So I shorted Zara's down to three tricks and started with a standing side aerial so she didn't end up miles away as she has to spot a backflip, and thus they ended up not quite in the middle of the floor instead of in the front left (our left) corner where I wanted them.

While I'm trying to figure that out I went back to retopo. 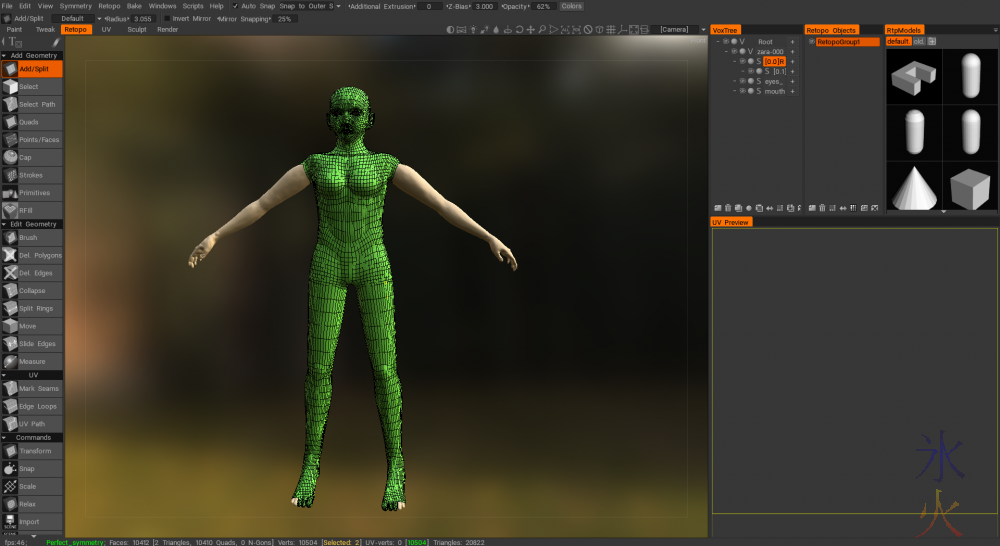 I hate doing digits.  I think I'm missing the setting that tells it to actually ignore hidden faces.  I'm coping better with the retopo this time round, partly because not dealing with bloody Dragonkin wings makes things a lot easier and I guess if I keep doing it I'll eventually get better at it.  Although I can never seem to work out what's going on around the hips when I get there.

Hm, I don't really look like I've made much progress have I.

Other than that, it's been doing boring History of the World copypasta data entry stuff (and occasionally getting distracted fixing spelling errors or fleshing some of the notes out as fancy directs). 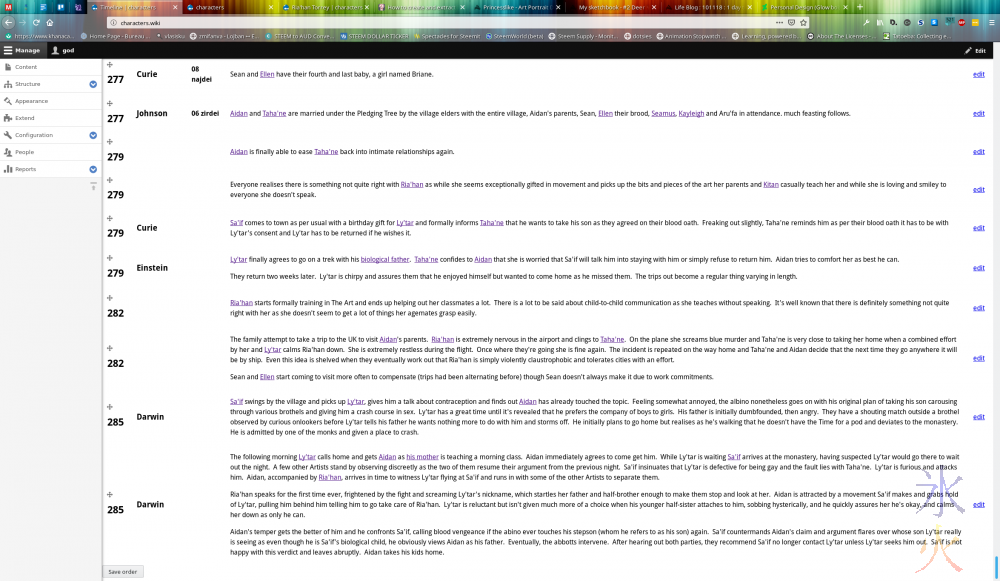 No spoilers for current block in this one.  The numbers in the first column is the year and the current block is set in 1997AER, so I've got a way to go.  And yeh, a lot of stories I want to tell.  I have done exactly no prettification work for this one yet, and will continue not doing so til the blandness does my head in and I need to make it look more aesthetically pleasing, which I can get away with as I'm the only one that's ever going to be using it.

I'm currently really, really struggling with focus which is the result of a combination of lack of sleep and having too many things to do.  Only two of the things really have deadlines so technically I should be focusing on them but one I can't start for another couple of weeks and the other hasn't resolved enough in my head to do yet.