And that's pretty much the extent of this progblog XD

This week has been pretty slow on all fronts.  9yo had a cold again so we couldn't go out and do much, so we just chilled and reconnected, which of course meant not much work getting done.  It also wasn't helped by having to make a hundred million phone calls to government departments.  I don't do phones so it was exhausting and I had to go hide for a little while afterwards.  I did get some villainous upgoats done, but even though I made some big swatches it didn't occur to me that I'd end up with a foxgoat til after I'd done it.  Sigh. 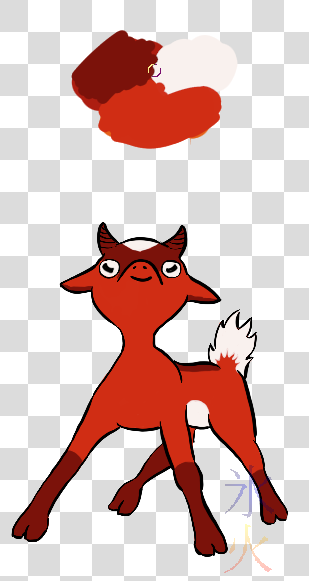 It's kinda cute but at the same time I'm not sure a foxgoat is what I should be doing so I'm going to sit on that one for a while and see how I feel next week. 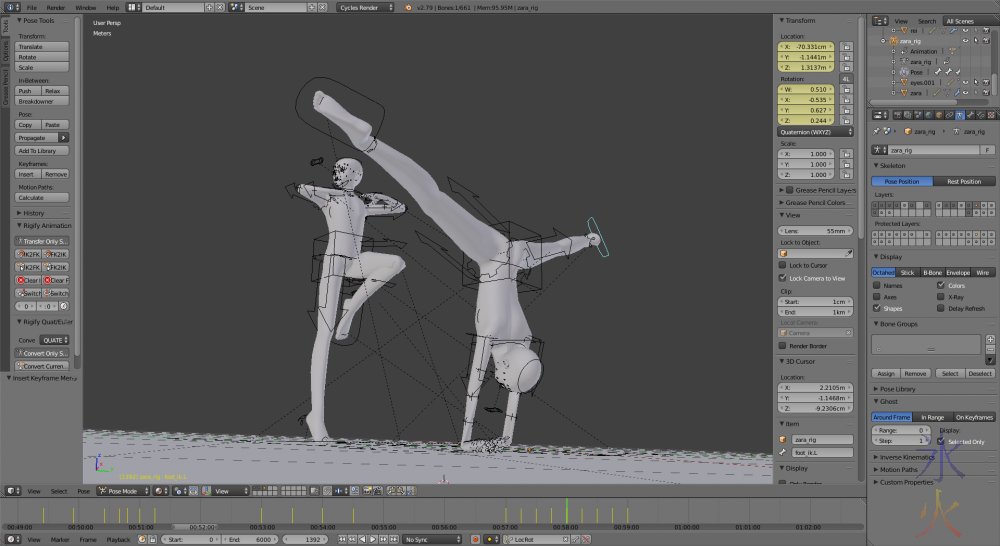 Spins are easy because you just rotate and make sure you got the timing right.  Cartwheels do this silly inversion thing.  Didn't need quite as many keyframes as the rolypoly from earlier, but currently because there's no breakdowns it looks like a bunnyhop cartwheel.  With eldritch deformations.  I really should have used the pose library for this one but fell into the same trap of well they're only going a short distance.

And here's my other Blender screen just because. 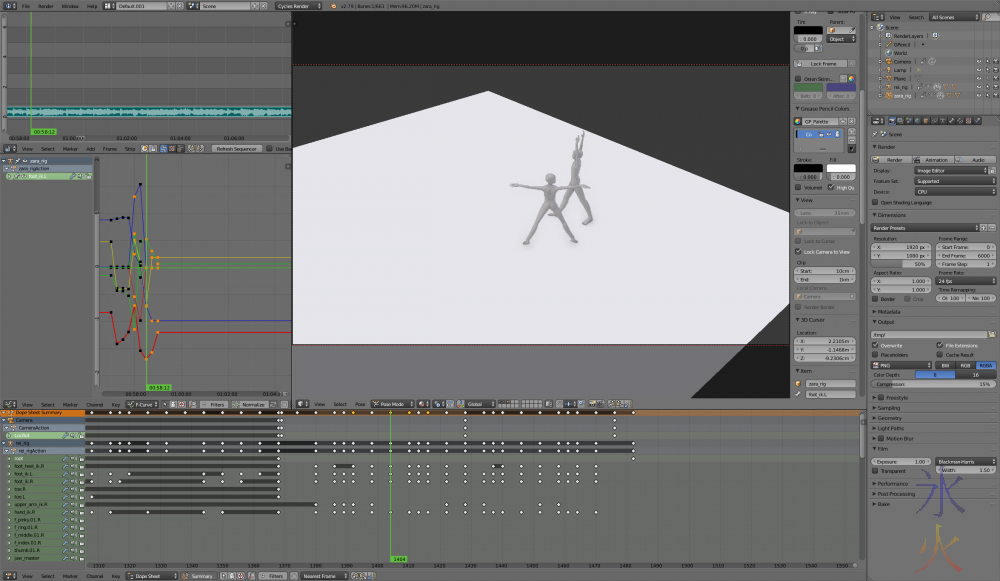 This other screen lives on my big monitor, the one I'm usually dropping screenies of is on my Cintiq.

I think I need 3-4 cartwheels in a corner and then I think I've got time for a small lift in the corner they're heading to before Zara's tumbling run.  I haven't worked out how I'm going to handle Rei's yet as hers may not cover quite as much ground, Zara might have to bounce back to spot the backflip.  I'll see once I get past this bit.

I also need to get back into 3dC and finish Zara.

Actually progressing is still feeling a little bit unreal, might be better next year as I did spend a couple of years redoing and this is the first year I'm not.