Because I was struggling with editing the video and the spacebar on my keyboard has decided to play silly buggers, something has come loose on the right side so when I hit it on that side it doesn't always bother to do its job and is depressing unevenly.  I have had to switch to using my left hand to do space and am finding it awkward and infuriating.  So I'm going to try one of those clackety mechanical monstrosities and give this one to 13yo as he has a really ancient keyboard  that we had lying around and it's a bit more worn out than this one is.

So here I'm working on light 1 and shadow 2 in the second frame. 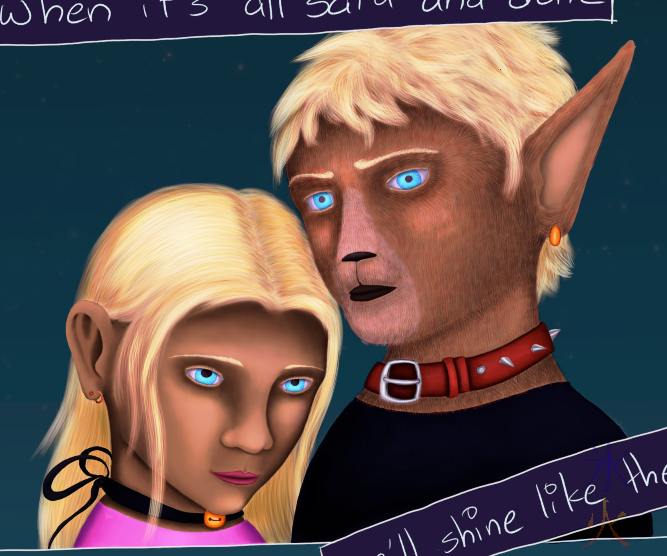 and am now working on the third frame: 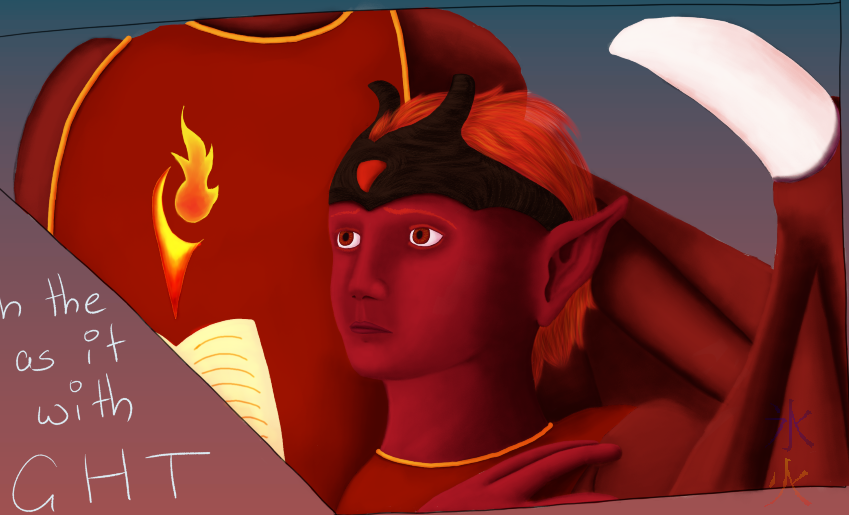 Need to do light and shadow 3 and overlays on that one and then figure out how I'm actually doing the stupid dof and it's done.

I can't stream this week as it's busier than usual and I had to shuffle some stuff around, so this may be the last video progplog of this one if I somehow manage to finish it before next week.

And just because I don't have enough side shenanigans to do, on one of the many nights I have insomnia (pretty much all of them at the moment) I had this brilliant idea of doing an animation of Rei and Zara doing a duet to What a Feeling by Irene Cara (I couldn't remember the name or artist of the song, fortunately I remembered the name of the movie it was in), based on this short I did to accompany this sketch.

The night I thought it up and backburned it, it seemed like a great idea.  By the morning it was well and truly simmering (which means I pretty much have to do it), and it was about then I decided to remember I've never done dance choreo ever.  I've done choreo, it's pretty easy (and something I actually know a tiny bit about).  Oh well, something new and fun I guess.

I'll have to use my base models to proxy til I actually finish Zara and  then I guess I'll have to queue jump Rei (who wasn't otherwise going to get built til much later) and sub them in when they're done.  Good point here, extra motivation to hurry the hell up.