I'm still editing week before's Wednesday streaming and have to start on last week's, ideally before I do this week's but cutting music is hard. 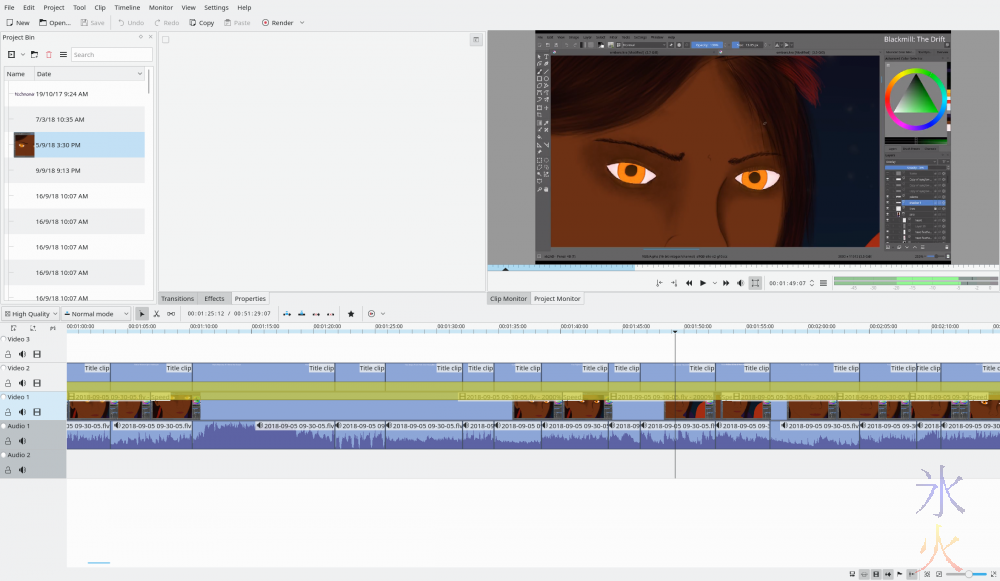 Getting rid of all the pauses and timelapsing the video is easy.  The yellow composite layer in the screenie is only there because for whatever reason the preview skips and stutters and carries on when there's a title clip, I should be able to remove it before rendering.  If I didn't have a plan which involved trying o accumulate a couple of steem for the Hayrunners project, I'm not sure that I would post this.  Maybe it might be interesting if you like watching flats very slowly getting depth added despite being spend up 2000%? It just seems kind of boring after watching the more fun and dynamic drawings that spodey and scrawly have been posting videos of.

Meanwhile I'm trying to do the actual thing too. 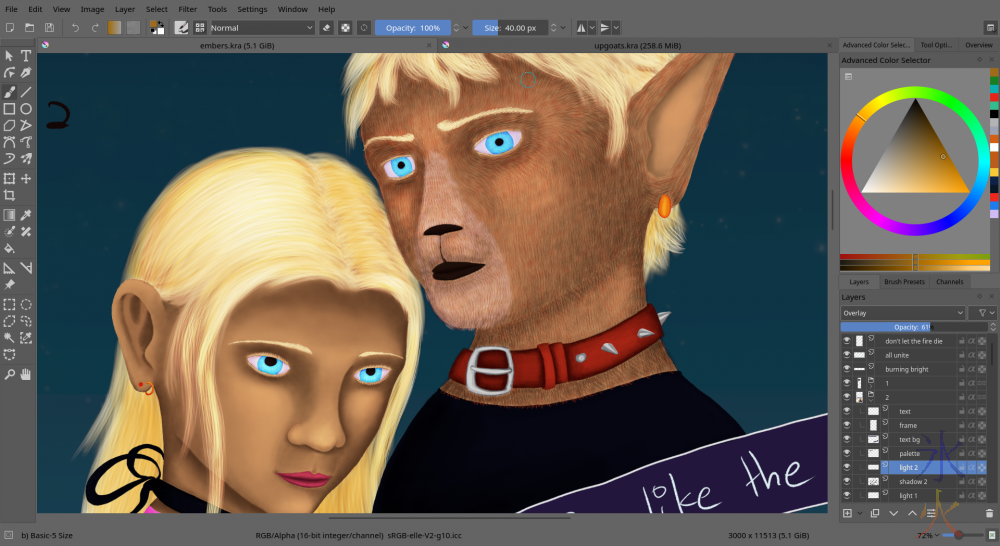 This preview at 72% rather than 100% as unlike Zara and Dak, the twins were too close together to be able to focus on one or the other without a stupid crop.  I've started on light 2.  Last week's video showed me working on shadow 2.  May also have shown the end of light 1 but I can't remember off the top of my head.

I'm finding fur shading a tad tricky as this is the first time I've done this style of colouring this close on a hirsute character. 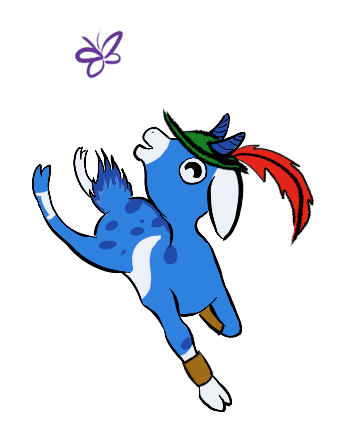 I'll post them on SteemPeak tomorrow as they need to cool down first.

I need to get my sleep pattern back on track as it's screwed my entire schedule.  Also I need to get on top of my bloody steem addiction, been spending way too much time reading and commenting and not enough time working on my own thing XD I've changed the way I steem a bit, currently it's messy and all over the place as I work it out but so far it looks like it might be a bit more efficient than what I was doing before.