September ProgBlog #2: off on a slight tangent

Only a very slight one though. 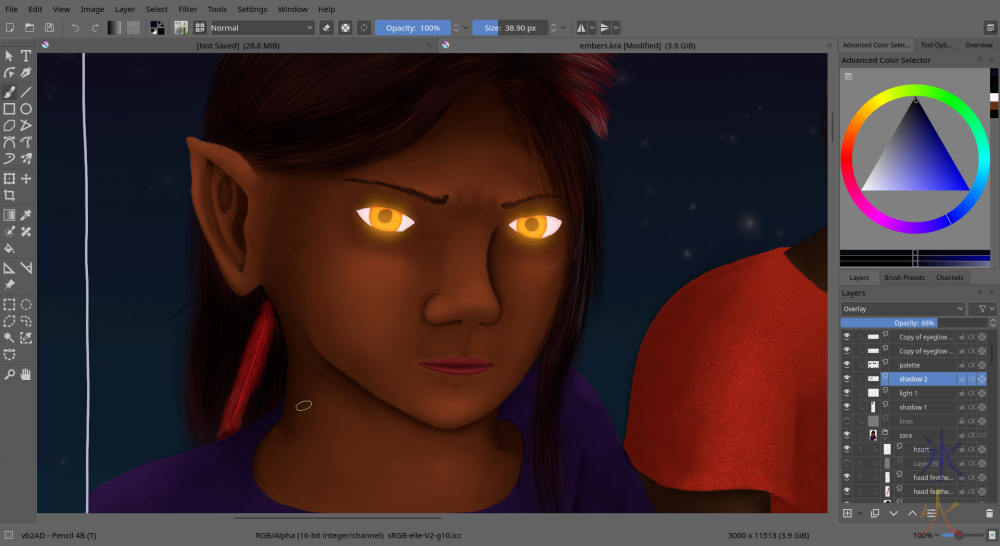 This is the first of four panels on that rather large songpic that escaped from my head (that obnoxious white line on the left is the frame border).  Think I've levelled up or at least gained a lot of xp with shadowing as normally I still need the lineart layer after light and shadow 1 but it's currently off, guess dark scenes are good for something XD (or maybe I should just not be so afraid of the shadow layers in day scenes).

I've got a video to edit of when I was livestreaming on Wednesday (decided to try dlive, failed, so jumped on picarto and also recorded) but currently not sure if I should post it, I'll decide after I'm done editing as it's mostly putting down shadow 1 and I have no idea how exciting that is.

Anyway this is at 100% on my Cintiq, it's a slightly large canvas at 3000x11513px.  I haven't done one this big for ages (I don't really count the comics I did for steemlords as they were quick and sketchy).  I'll be resizing it to something a bit more managable for teh interwebz when I'm done.  I'm dedicating more time to getting this one done as soon as possible when one isn't in a hurry as I've decided to make this my hayrunners project, wihch means that I've pretty muc stalled on the retopo of Zara: 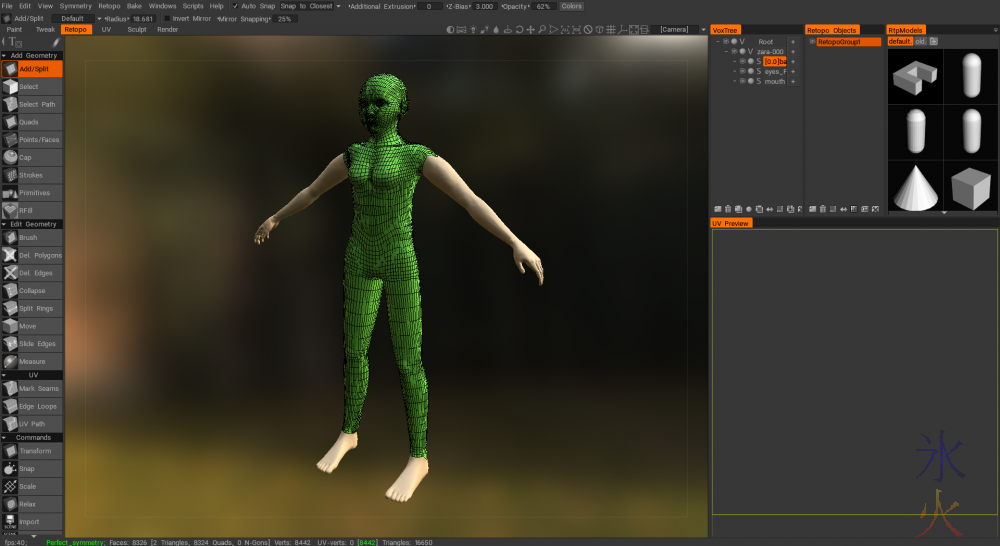 I've been a bit slacky with my workflow as what I really need to be doing is testing the retopo in Blender before I paint it (in case I need to change the topology for whatever reason) but with Red I just went ahead and painted after retopo because I was already in 3dC.  I think I got away with that because Red's not that flexible in the grand scheme (the Dragonkin don't really bother with head kicks when they have two arms, two wings and a prehensile tail all of which can do a really nice job of bashing someone on the head and leave their feet firmly planted on the ground, plus it probably wouldn't work too well with where their centre of gravity is anyway).  I'll find out whether or not I actually got away with it the hard way.  Zara on the other hand does a good job of pretending she doesn't actually have much in the way of bones and will need to bend/deform properly so I'll have to do this one properly...once I figure out how to close the mesh at the hands and feet which is a constant challenge for me which is why I'm not altogether unhappy with taking a break here while I have a good excuse.  Though having said that this will be what I come back to when the painting is making me cross-eyed, so everything will get done eventually XD