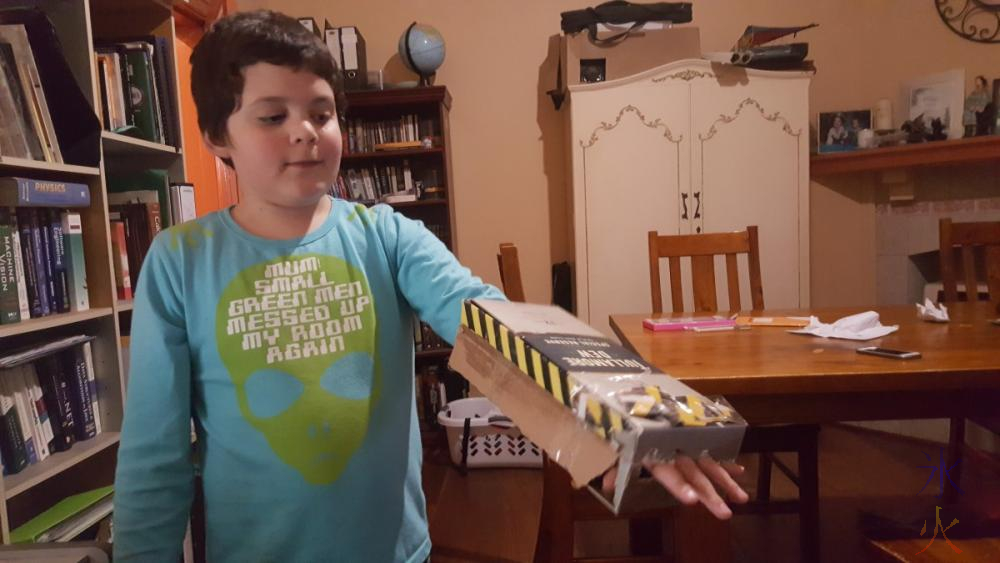 As usual gymnastics kind of dominated our month again as our gym did regionals, which went over three weekends.  13yo and 11yo competed in their levels and did pretty well.  The older kids and I also did our usual volunteering thing, helping to set up and reset at the beginning, between the boys and girls comps (different apparatuses required) and back to normal at the end, and then me playing security guard at the door and 11yo running errands and selling raffle tickets with her friends.

11yo usually comes to the PCYC on 13yo's training days just to hang out, and after a while expressed an interest in coaching.  I told her she would have to ask the head coach and she claimed to be "too shy", so I went with her but she had to ask.  The head coach was happy for her to help out so she is now helping coach girls level 2 and 3 on one of 13yo's training days.

We finally made it to Araluen, which we found out about sometime after moving here but never quite got around to going to.  The original plan was to go for a picnic and look at the tulips seeing as it was the right time of year for them, but as we'd invited the in-laws to join us it ended up being snaffling food from various vendors that were in the area that apparently hadn't been there when the in-laws had last visited some years ago.

There were so many tulips.  In so many colours.

11yo wanted to go on the mini train ride that we spotted on the way to lunch.  13yo was uninterested, we tried to convince 9yo to come with us but he wasn't having a bar of it, so 11yo and I went on our own. 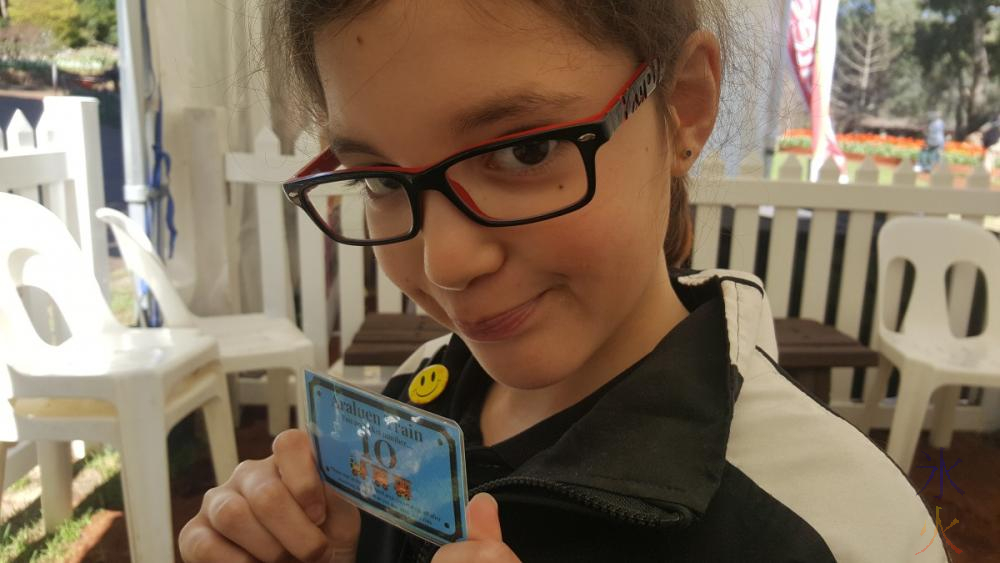 The mini train ride was accompanied by the driver explaining the history of the place and when various parts of the garden were developed and why. 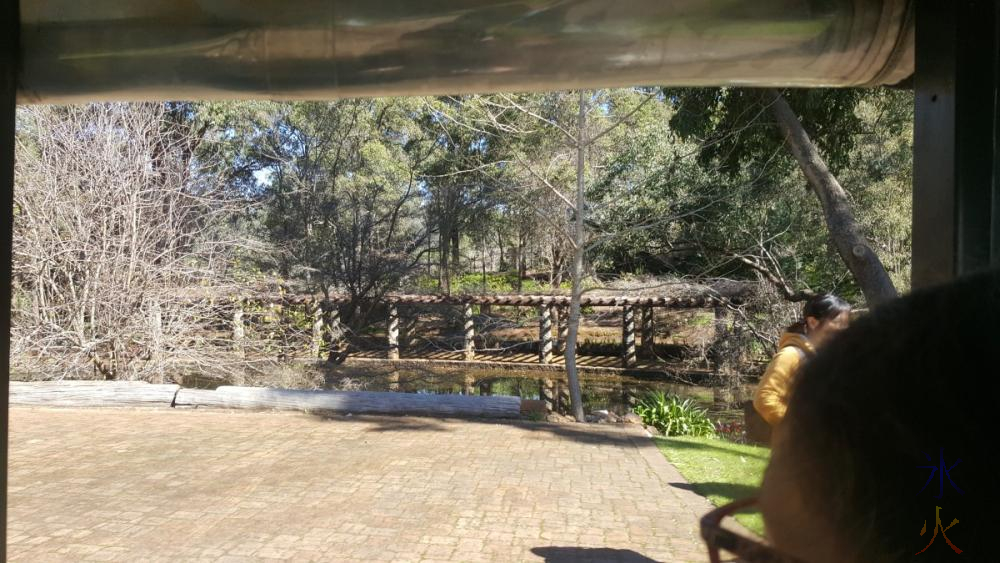 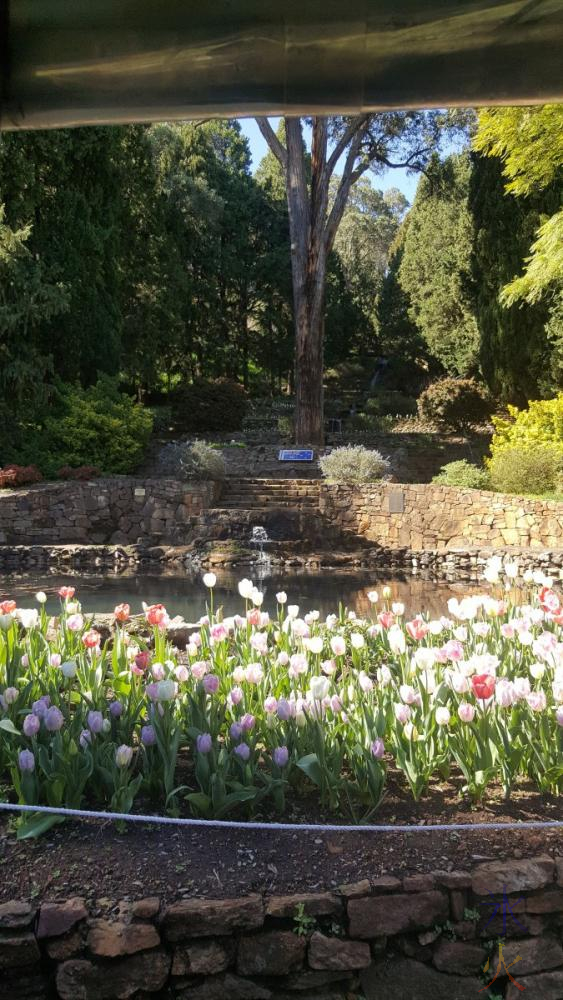 Both the boys had chased the train part of the way just for fun (because the train wasn't moving that fast) but as I half-expected 9yo was miserable that he hadn't come on the ride.  His siblings were very sweet and commiserated with him for a bit. 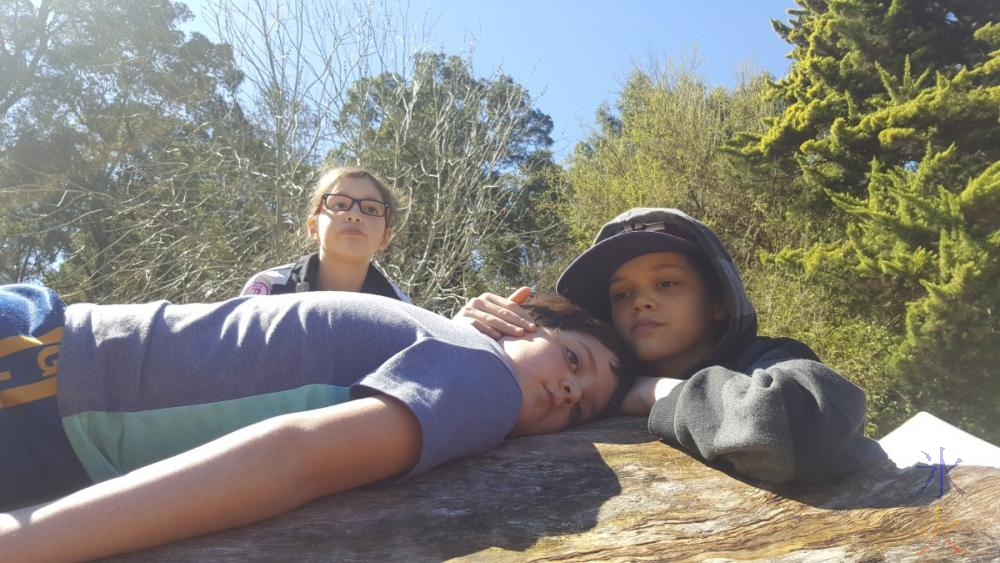 Then we did a photoshoot with the log as the kids complained that I never "let" them pose, and to try and cheer 9yo up.  I told them they were free to pose as much as they wanted, I just tended to take candid shots as it was easier and I like them more. 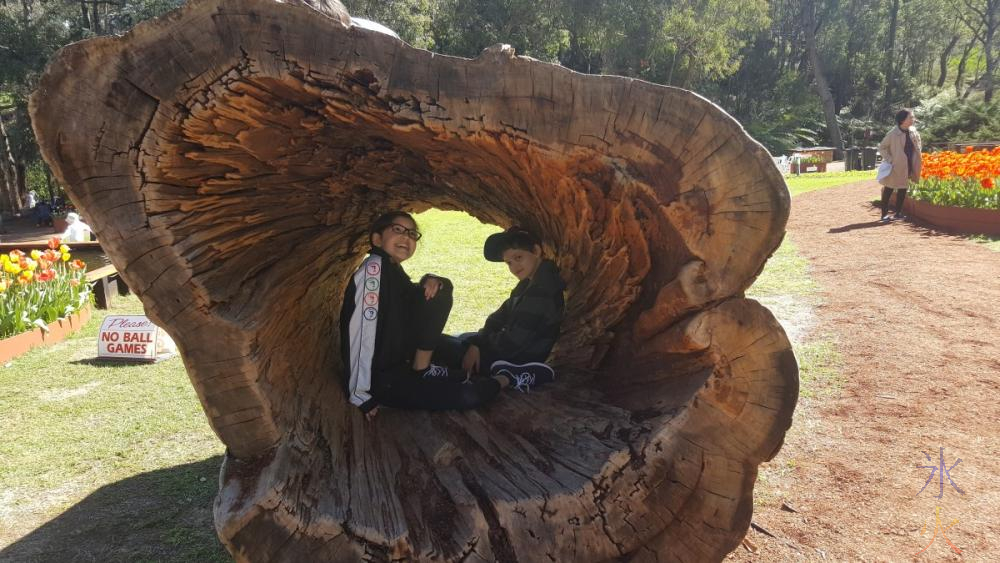 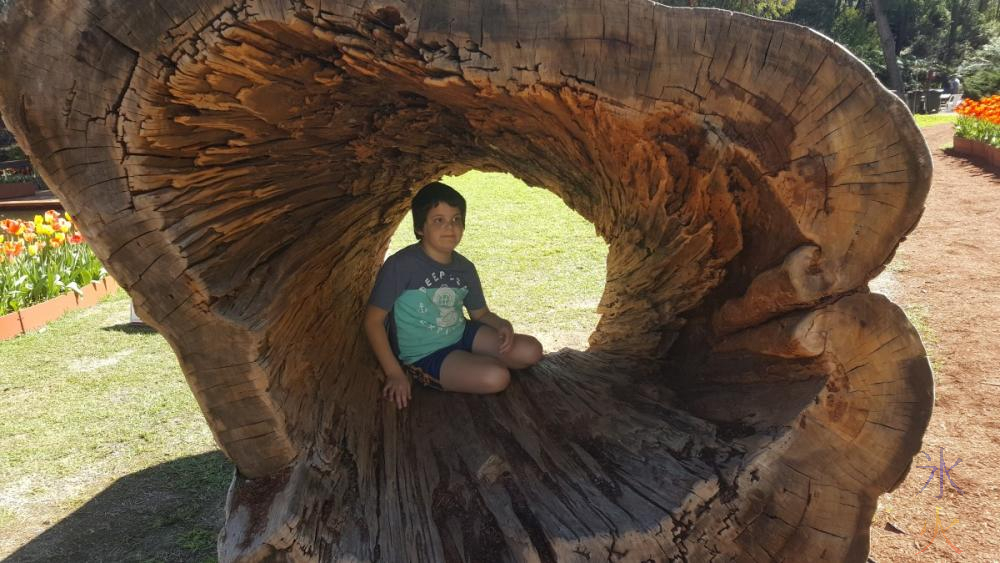 We did try to calculate how big the tree the log came from would have been but didn't actually know what the tree was to begin with to know how big it could grow.

9yo apparently wanted to hang out with me one on one, so 11yo, ever the social problem solver, immediately suggested he go for a walk with me and she and 13yo would hang with Nanna and Pop.  This was quickly and easily organised and 9yo and I took some photos with tulips, only one of which turned out good as in my infinite wisdom I took a lot of them into the sun.  9yo suggested this area as it had the most tulips in the background that was close enough to the colours in my mohawk. Then we went past the creek that we'd crossed a bridge over on the way in.  Water is 9yo's happy place. 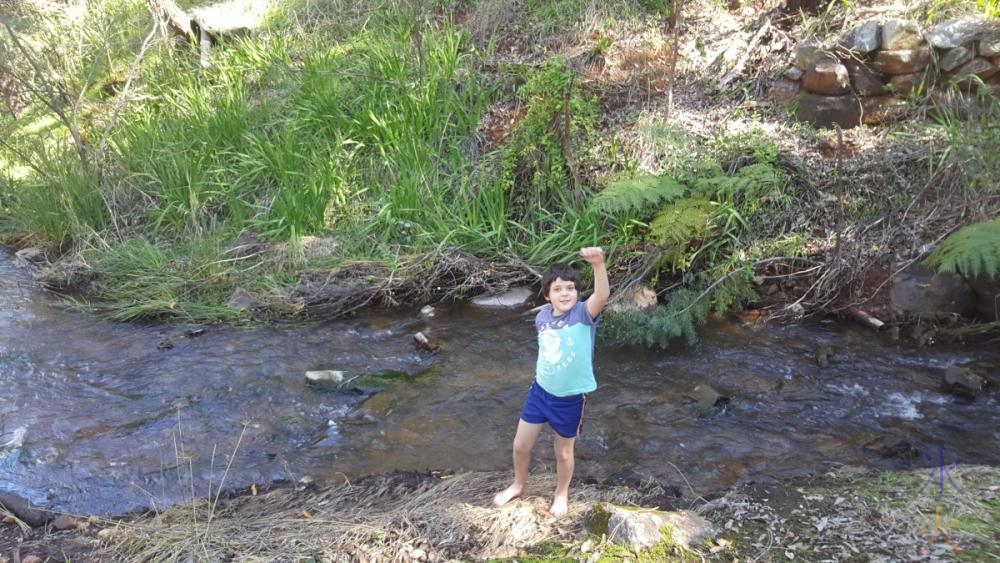 The kids raced twigs down the creek, with some observations on how they could snag on rocks and branches that were too heavy to float, creating a bigger and bigger trap that would eventually cause a dam, but the creek was forceful enough that eventually the buildup would usually be cleared out.

From the outset 11yo wanted me to take some photos for her Instagram, so we had a few photoshoots while exploring.  These two are my favourites. 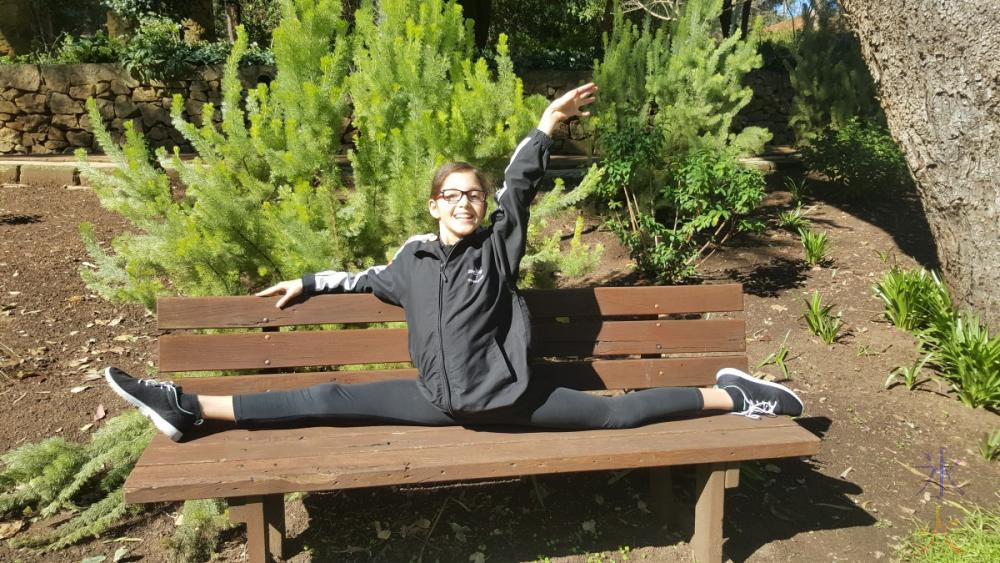 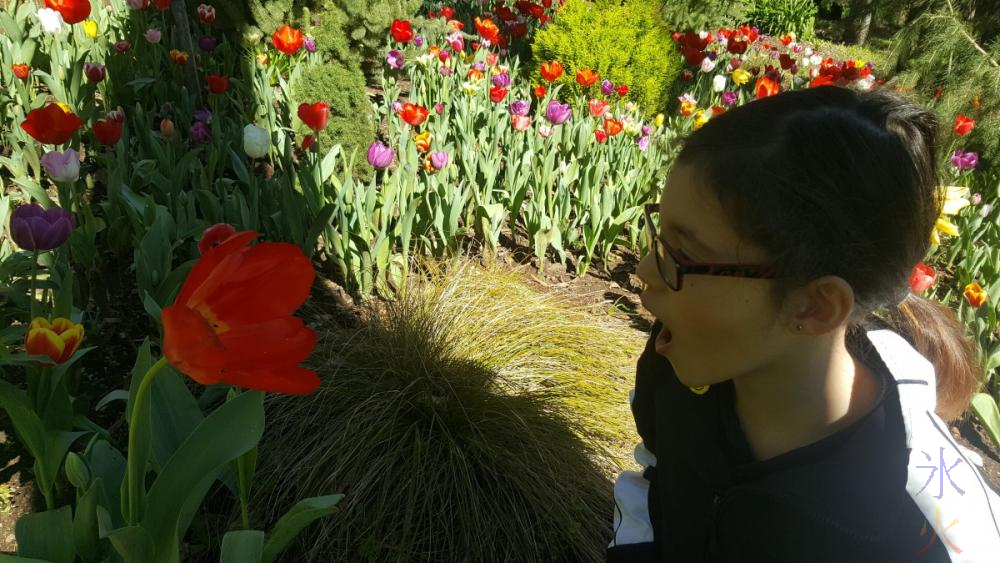 Then everyone but me came down with a nasty gastro and that was the rest of the month gone.  On the bright side it reinforced the necessity of quarantining when sick, washing  hands between patients and before eating/handling food to avoid the spread of disease.

11yo started working intermittently on Khan Academy again, the reports have gone a bit awkward so I'll have to try and work out if there's an easy way to show what I want for screenie purposes at some stage.  Another homeschooler wrote a pretty good review of MathBot so I'm intending on checking that out and trying the kids on it soon.

Last thing we're trying is assigning days.  Previously I'd been trying to get the kids to tell me what they were interested in and where they would like to go but this usually ended up with one of them askng me what we were doing that day and then whining about decisions myself or any of the other ones made.  This way each of them get to decide where we're going or if they want to have a social or home day and that's what everyone is doing (or in the case of one of them going to a friend's house then they're doing that and th rest of us are having a home day).  Had a bit of a sputtery start and still got a few kinks to work out but getting there.