I have a cold which has managed to work its way up into my head and still quite a lot going on so I'm thinking really stupid thoughts at the moment.  Like feeling guilty for not working on websites despite the fact we're currently closing down our business so all the website work I need to do are on technonaturalist, perhaps at some stage the two freebies which are the only ones still kicking around on my server, and working with the clients' new hosting companies to get their sites transferred.  I managed to get over that after a few minutes of applying some logic to it.

And then I started feeling guilty for working on whatever it was I was working on instead of something else.  Which continued applying even as i switched projects.

So somewhere in that pathetic self pity helix, I somehow managed to do the mouth cavity. 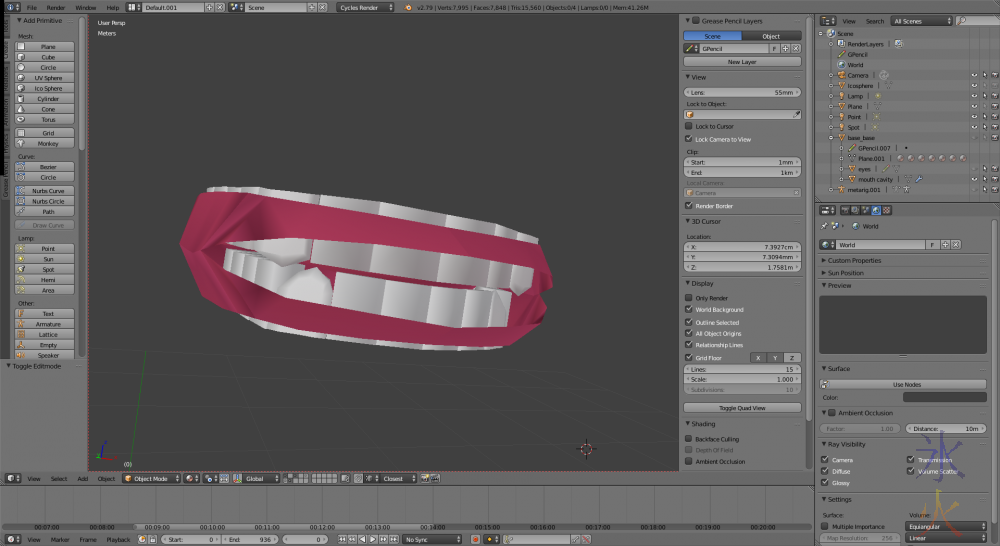 Just need to run it through 3dC now to do some texturing and displacement mapping and then work out later if that possibly coupled with a multires modifier is enough to get a good look.

Got the first light and shadow layers done on the homonculous: My moment of happiness in this one was accidentally working on a lot of it without the outline layer which I usually find pretty hard to do in the first lighting layers.

I didn't feel guilty about doing @superoo7's upgoats as upgoats are usually pretty quick, but I did feel guilty about making them one main colour (they were originally just going to be light green with the darker horns) so I popped little socks and face markings on them and...still feel guilty.  But at this stage I think it's just a habit. As per usual the not-quick bit will be trying to figure out how to write the name, so I'll be moving along to the next two upgoat orders in the list in the meantime.