It's been an insane month and I didn't get much art done for most of it, hence the larger than usual dearth of progblogs.  For the last few months Sprat and I have been closing down our business (which for me means doing all the techy stuff of moving or helping move websites, and at some stage I have more stuffing around to do with the server and more services to cancel), went to Melbourne for a quick getaway, my car was broken into and the house hunting has not stopped (except for this weekend where there were no house inspections except for a house we'd already viewed and JJ didn't organise any other ones).

I'm still not quite done with shifting sites around but am trying to catch up with the arty stuff again (I have yet to actually achieve that).

And then I had the slowly decreasing thing where I observed something I was unhappy with and had to fix it.  In this case it was being unsure if the anime teeth I do for sketchies and even my proper 2d pieces really fit with my 3d style.  After bouncing ideas off Sprat and asking the 3d artists on steemartists for advice on how to rig separate mouth cavities, and liking the idea of never having to retopo another bloody mouth cavity EVER AGAIN, I embarked on the mission of making some chompers that would better fit my 3d style. 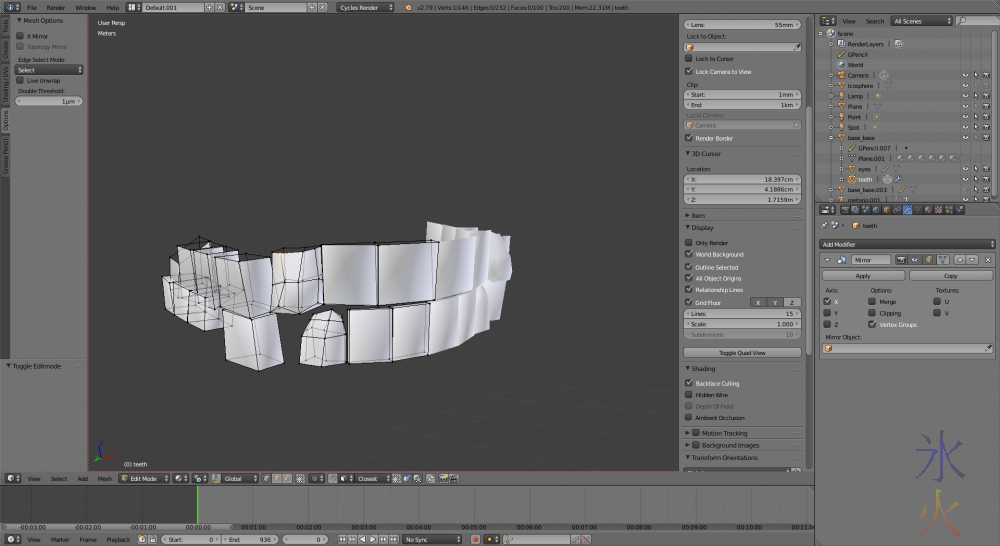 The teeth themselves didn't take that long to build.  Getting them into the right position and a convincing proportion on the other hand! There's a lot of toggling the base model visibility so I can see what I'm doing and make sure stuff is in the right spot.  Then I have to do the tongues and the gummy bits.  Once they're done I'll chuck it into 3dC for painting and then attach it to the model of Red (which I hopefully haven't completely broken with all of this experimentation) and then with some luck I may actually be able to get further into the expression test!

Also managed to do the flats for f3nix's avatar. 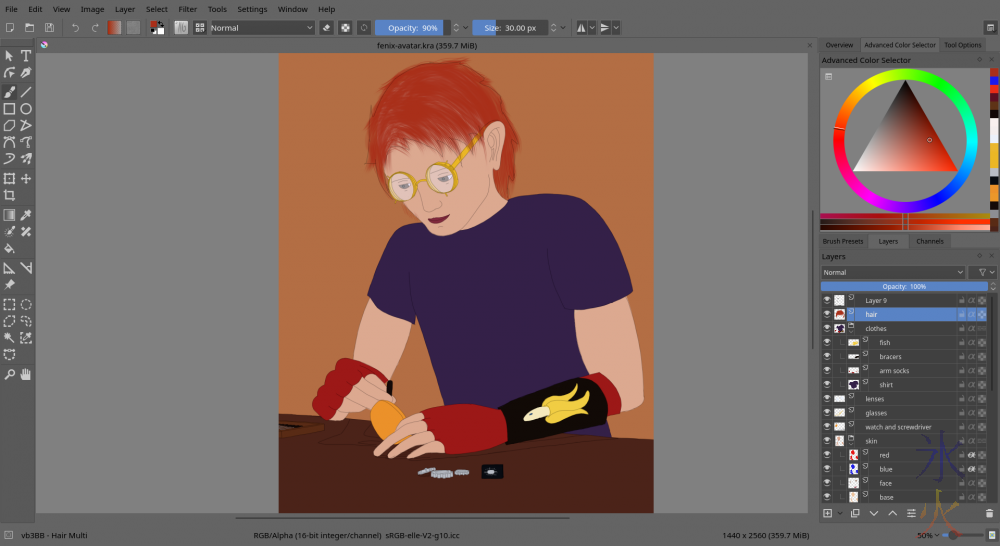 Got a few upgoats to do and I still have exactly no idea what I'm doing with the symphonyofechoes header.  Currently my only consolation is the account has been inactive for a couple of months and I'm pretty sure it wasn't because I was taking so long! After this one I'm not doing any more headers, I take too long.