Obviously, I haven't done uv mapping for a while.  Last time was three years ago (jeez I'm so slow aargh it's too late for me save yourselves).  So while I remembered how they worked and seem to have gotten better at actually making/unwrwapping them, I managed to completely forget what they were.  So when I was setting up the paint object, I automatically selected the largest they had available (16k), because in Krita I always paint on 16bit canvases.

My working file blew out to 1.3Gb and as I mentioned previously was eating all my ram.

And then the second noob mistake, I forgot to subdivide the bake object, which was why it was doing a terrible job of capturing my sculpt details.  Oops again.

Some "rapidfire" experimentation ensued (that went over all of the time I normally use to blog and then well over bedtime, even more oops, everything is combining into one big oops at this stage XD), at the end of which I decided that the max subdivision level (2 million odd polys) and the 8k map would be great for major characters as I can get some really nice fine lines which is going to be important for tattoos, and the max subdivision level and 4k maps for minor characters and any characters that don't have too intricate tattoos as I was still getting fuzzy lines with the 4k maps (it could have also been a 3d Coat quirk at the time as with the amount of deleting and recreating the paint object I was doing, it was starting to get really unhappy with me and I had to quit and reopen it at one stage as it decided that a 2k map was too much).  Not sure how many people would notice really but I would and that's all that matters. 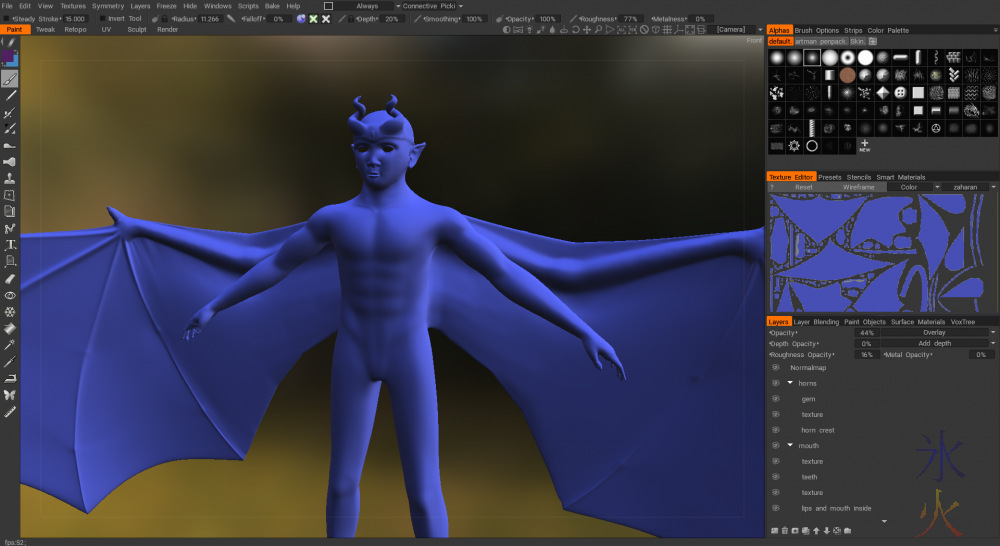 So anyway I now don't have to completely redo all the sculpting and I have much less polygons to fight with.  Do have to redo all the painting but eh.  I don't mind painting.  And we're down to a much more acceptable ram usage of 15-20Gb, which means I can switch between 2d and 3d and listen to music and all the other things I normally do simultaneously.

Speaking of painting, I'm also working on this thing which Patreons are getting spammed with wips for: 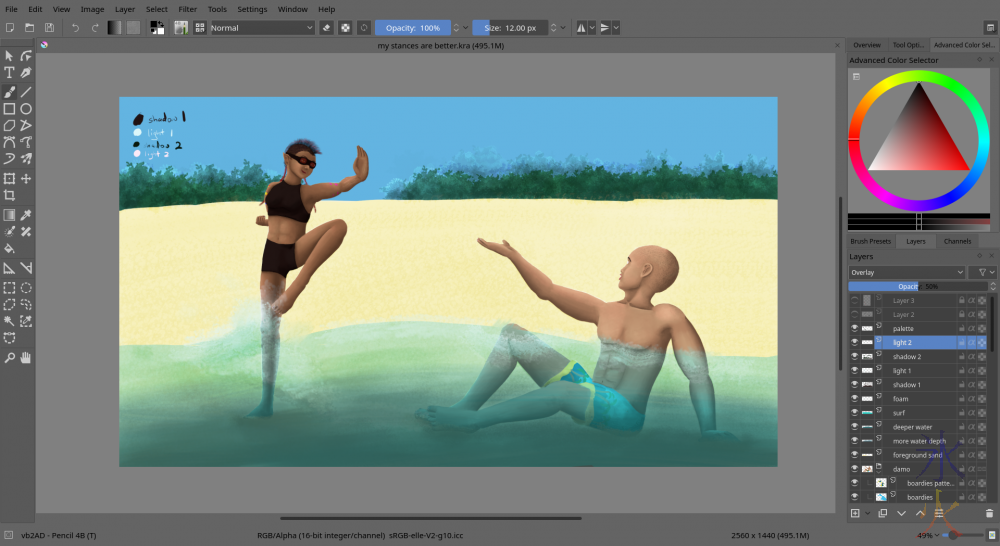 As I think I mentioned in the previous progblog, I started this one partly because I could do that safely while the initial copy was going on and partly because I haven't done a proper thing this whole year, everything has been sketchies.  If I concentrate on it I might be able to finish this one either tonight or tomorrow but I'm not sure how much I'll concentrate on it, so could be tonight or tomorrow or could be days.

Weekends are once more being taken up by home opens.  Even though we're not really in any particular hurry and can wait around for that good enough to perfect house to drop into our laps I actually just really want to find it and be done with this because it's taking up more mental space than it deserves.

I'm aiming to get back on the request queue on Monday and try to start getting the rest of it knocked off.