I forgot to mention last update.  Ages ago (6 years eep) I mashed a calendar for AER.  Years later (because I always seem to notice glaring things years later, this does not bode well for whenever I finally get around to animating x_x) I suddenly realised, all the scientists in the Tranquility Calendar are guys.

They were all great and interesting people but seriously?

I mentioned this to darqx and said I wanted to "even" it out a bit (there's 13 months so it's going to be slightly lopsided but near enough is good enough as far as I'm concerned).  So being the awesome sibling she is, she helped me find a whole pile of notable female scientists from a variety of fields (and by that I mean she found most of them in the time it took me to find a few because one of us can just do things and the other only just do things when the focus is there, and then I somehow had to choose which was bloody hard work).

We ended up with: 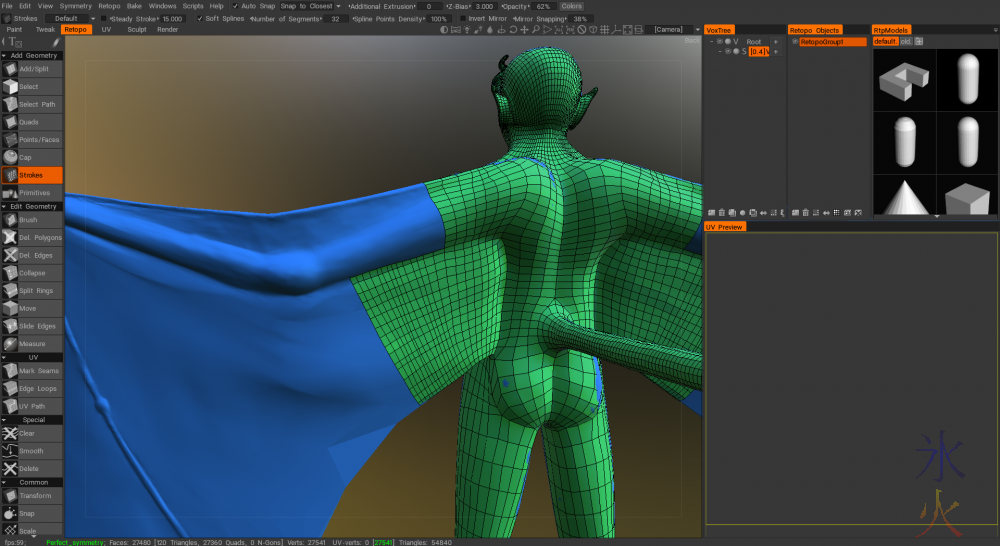 I was hoping to be struggling with uv maps by now but the wings are the last thing to do and the retopo is actually going faster even though it doesn't really look it.  I can dream about this mythical day when I get a character retopo'd in one session.  Or at least in less than a week.  I was also hoping to have @lordnigel's upgoats signature done and sketches knocked out for @f3nix's avatar (we're doing an avatar now instead of a bananafish, fun :D) ages ago, however the pathetic excuses there is we're seriously house hunting (home opens and whatnot occupying weekends that I would normally be trying to do most of this kind of thing) and competition season is coming up, so the big two are doing a lot of prep for their badge tests and will be trying to qualify for regionals.  This is on top of homeschooling activities (which I'm currently failing at more often than not because I'm always tired and 9yo has been a bit more challenging than usual) and housework (yeh I need to kind of do a serious proper clean rather than the spit polishes I've been doing), yeh I'm generally pretty wiped out by the time I get around to doing art and while I'll scratch a few things out if I know I'm not so tired I'll be wondering wtf the following session and have to redo it (I am so sick of redoing things!), I usually end up spending more time scrolling through steem upvoting things and sometimes leaving comments if I can brain enough.