After looking at how erratic my steem and Patreon feeds can be, I guess I really better put in the effort to make these weekly, perhaps showing off the pathetic amount of progress I didn't make will kick me into working more harder smarter.

So as I said last update I'm going back to what I know (which is keeping the polycount as low as possible) but experimenting in a slightly different direction (I have a probably unhealthy obsession with needing all the quads to be as square as possible so I tend to end up with slightly dense meshes).

Retopo continues at glacial speed.  We're currently at 24 438 faces, should still (hopefully) be under 100k by the time I'm done with the rest of the fingers and the wings, and Blender should be able to cope with that.  With luck I won't have to make it 100m tall for auto weight mapping to work. 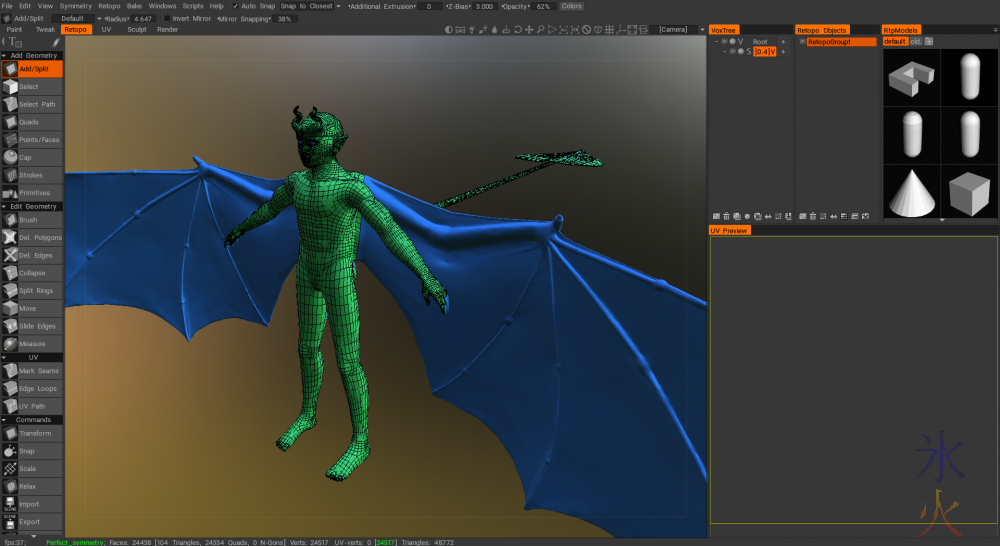 I think I've been reasonably successful at keeping squarish in bits that are pretty flexible/deform/twist a lot and letting there be rectangles in places that either don't move at all or twist in 1-2 directions and not by much.  Hopefully I've done enough that if anything requires that little bit more or if it just needs to look a little bit nicer the subd modifier will do the job.

Otherwise I started doing a lot of background work again as it suddenly occurred to me that I have managed to miss for literal years another scene in one of the scripts that came from a time where I was trying to make things happen instead of watching what the characters were doing, so I had to fix it.  Which of course meant I had to fix the knock-on effects too.  The original problem has been fixed and now I'm working on the first of two obvious knock-ons but will now have to go through carefully and make sure that a) I got all the knock-ons and b) there aren't any more problematic things like that in the scripts.  And I thought I had it all settled too.  Shows how much I know about my own work! This one is better! And somewhere in the background JJ is rolling his eyes XD

I've also been doing this thing for a thing but it won't come out for a while. 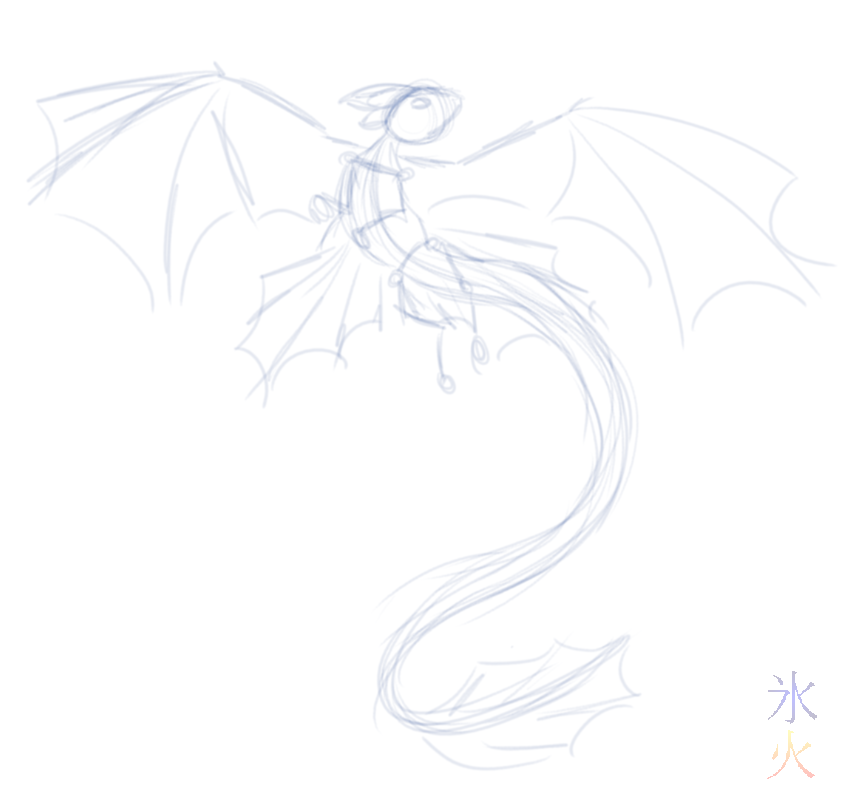 As for the rest of my request queue well I'm well and truly stuck on the symphonyofechoes header (I have a partially formed idea but can't seem to get much past that) and on the calligraphy for @lordnigel's upgoats (but I usually get stuck sometimes for ages at that point so nothing unusual there :S).  Will hopefully be sketching bananafish ideas soon and seeing if they look as ridiculous on screen as they do in my head XD