Blender's viewport is massively outdated and exceedingly laggy.  This has made trying to correct the weights on the ~300k poly model of Red agonisingly painful and take way, way longer than it should be.  I still have plans to do a proxy for animating with, but that doesn't remove the need for the actual model to work.  Apparently this will be fixed and updated later this year and from the sounds of the people who are braving it in its current bug-infested state, it will be wonderful.  I'm not waiting around for it, I'll just let it catch up to me which is highly likely.

So in the meantime I've backtracked and trying an experiment involving some different retopo (mostly involving trying to overcome my obsession over everything needing to be close to a square, and basically making sure the parts that move a lot or twist twist are squares so they'll deform nicely and that doesn't move or doesn't move much can be a rectangle or absolute worst case scenario a triangle and hope. 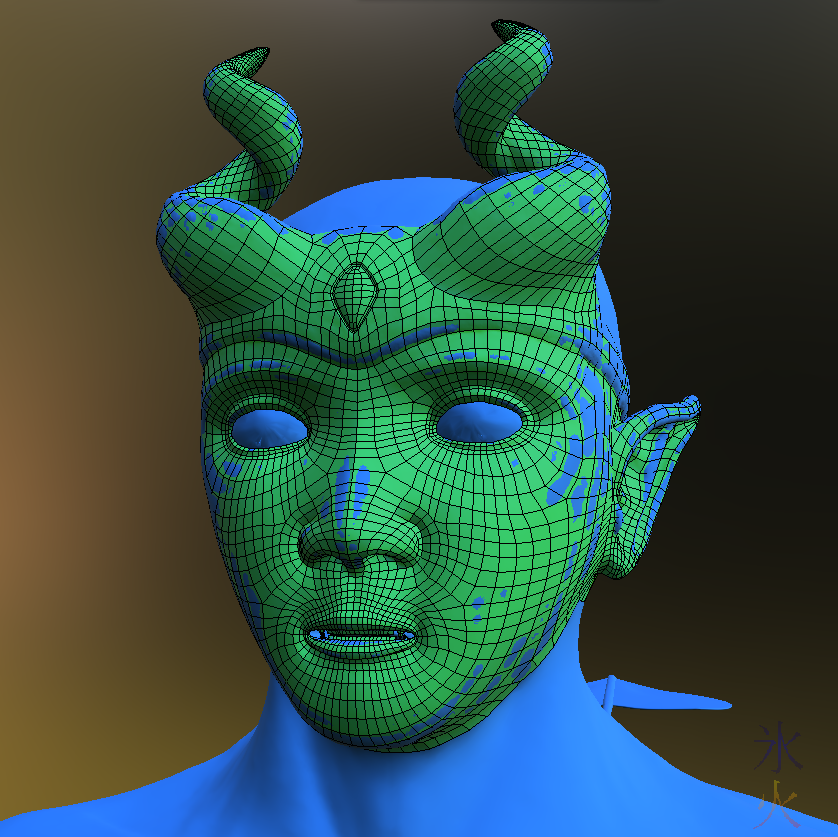 I used ptex to texture the last version because it was so much easier than setting up the stupid UV maps.  This time I'm going to set up the stupid uv maps manually.  I have successfully used the auto uv maps on my vaporeon model previously, but for whatever reason it was struggling with this one.  Even though the polyflow is slightly different on this one I think I'll just do it manually rather than trying the auto one again, and hope I don't have weird problems where the maps were overlapping even though the islands weren't.

I think I also went a bit heavy on the polys when retopo-ing before because when I went to the paint room everything looked sharp and jaggy.  I've got a bit better understanding of how 3dc and Blender can work together now so I'm going to try and ignore that while I'm texturing and then use Blender's smooth to make it look nice, and subD modifier if I need to.

This is still looking a little bit heavy but my excuse is he's a major character and I'm sticking with it.  I'll go a lot lighter on the background characters and probably somewhere midway with the ones I'm making for other people.

I hate doing mouth insides.  I'm wondering if I need to make everything bigger again.  This is already nearly 1km tall in Blender x_x

I'm still working through the todo list, I still need to work out how big the stupid headers are supposed to be, sorry @symphonyofechoes :S Meantime I have this pattern going for @sayee and am just trying to work out how to do the name. 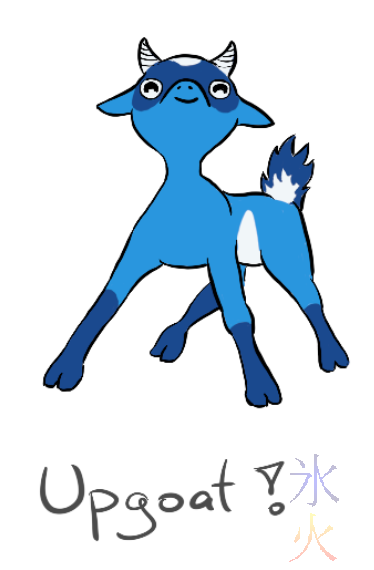 I'm also making some fitmon for @aussieninja's Movement May thing, but I'm so behind on that it's not even funny.  All it took was one day burnout.  You'd think I would have learned to avoid them by now but yeh they're still a part of my idiot cycles.

One day when I'm making enough off Patreon and steem (and possibly Akasha) for JJ to retire it won't be a problem.