Currently all about hair and pants.

I did the pants first to procrastinate the hair. 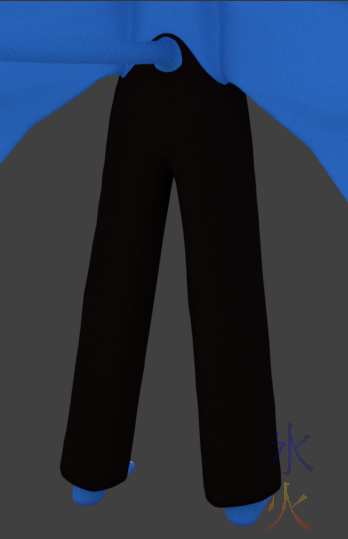 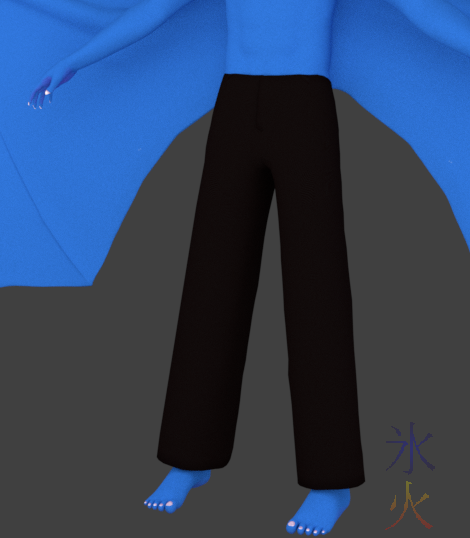 They do actually have a pattern but I turned down the lights so the skin wouldn't be so overblown, so it's something that will be noticed in bright light.  Otherwise they look like...black pants.  I was thinking of using velcro for the trail strap but may end up just making it an elastic loop as maybe in the future there will be little nano thingies in the clothes that automatically repair fraying clothing so the elastic doesn't give out.

I haven't done the node tree for the hair yet so it doesn't look like much, but there was a lot of trial and error and starting again involved.  Below we see fun with combing. 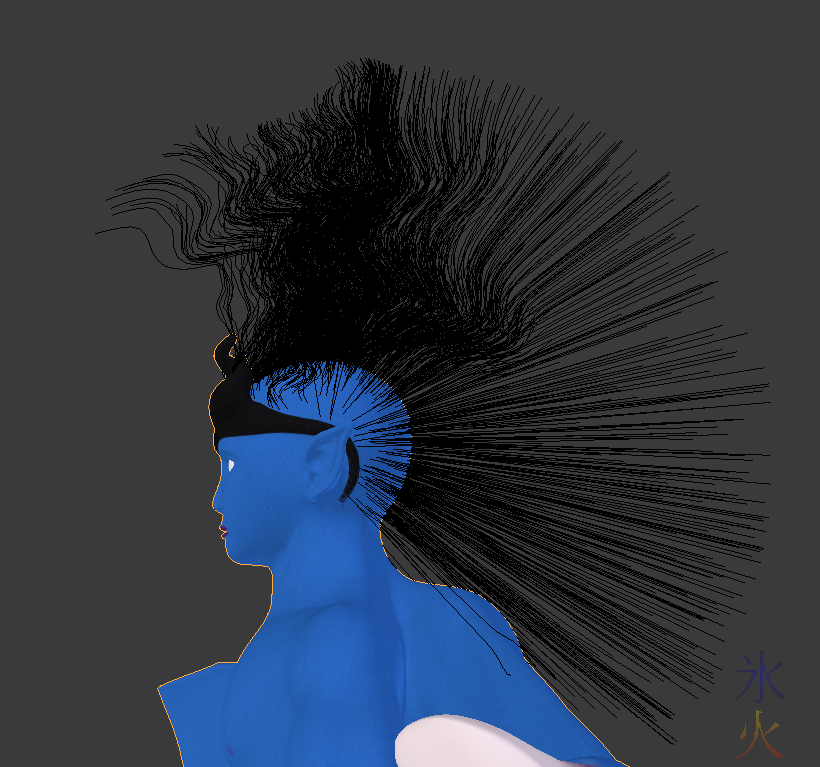 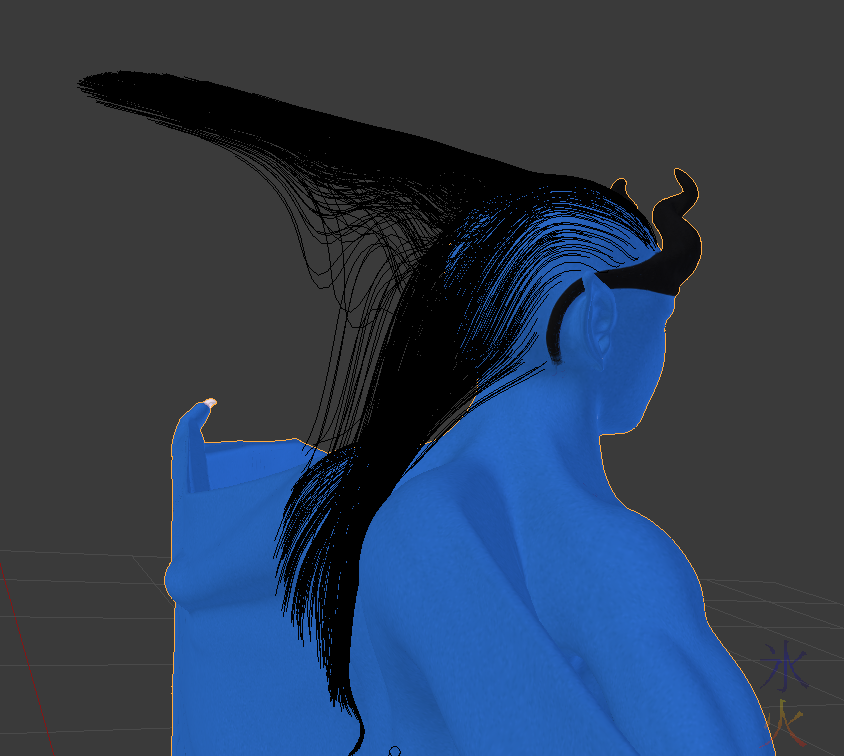 The cool thing about Blender's particle hairs is they can collide with the emitter (the actual emitter is a weight painted clone of the top of the head where the hair would be coming from shrunken slightly to fit inside the head), though there was a bit of fun involved combing the hair around the horns.  It also seems tangle together.

The bad part is that when rendering Blender likes to max out the cpus (which would be perfectly fine if that didn't throw temps to 100C and crashes my computer because even though it throttles it doesn't seem to throttle enough), and if I reduce the number of threads available for it too much it maxes out the ram and causes Blender to crash.  I've found that 3000 emitters and 20 children seem to give me nice coverage without things exploding. 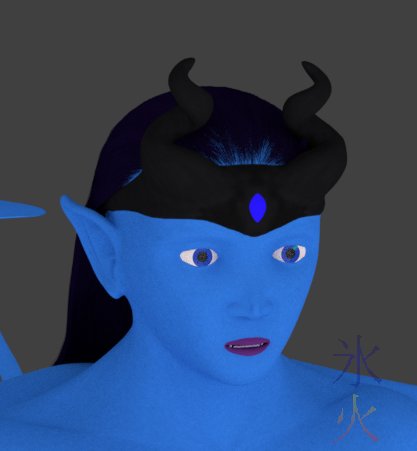 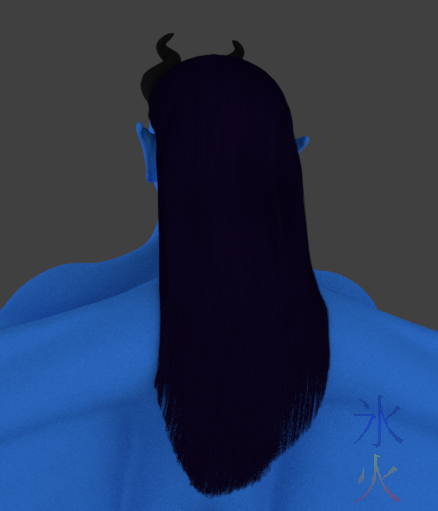