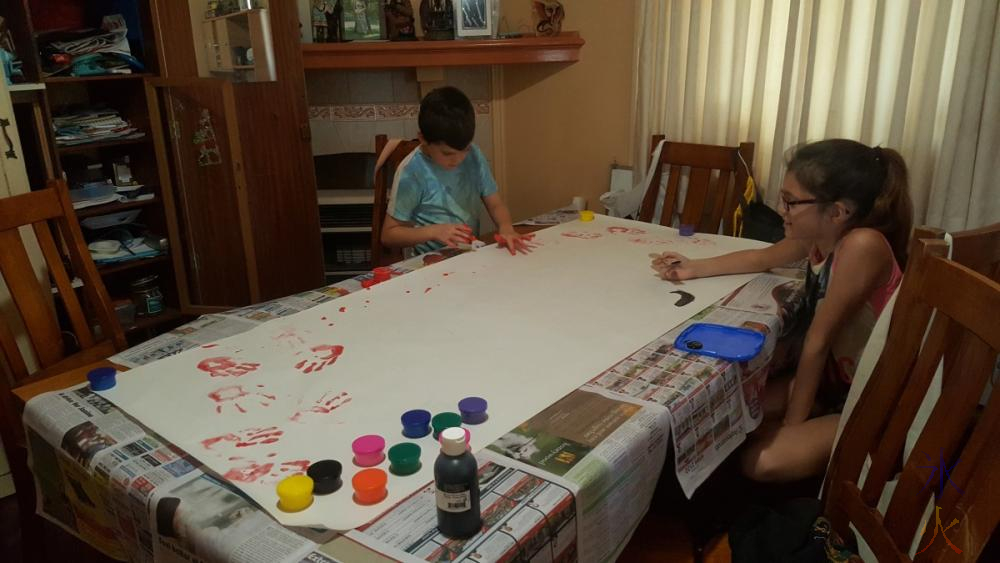 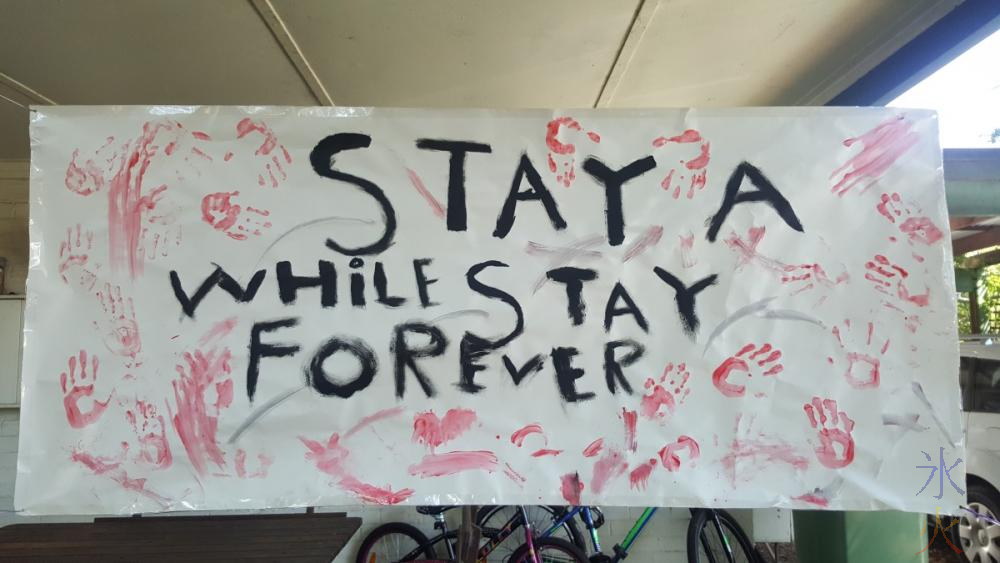 They wanted a creepy but not too creepy message, their younger cousins were going to be coming after all!

They made zombie hands out of jelly and some gloves found in the pantry: 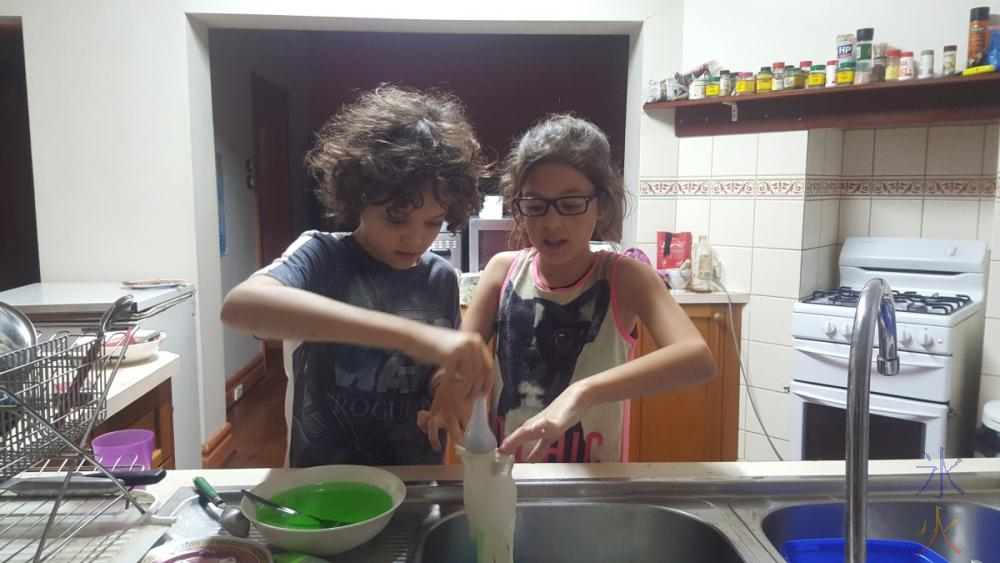 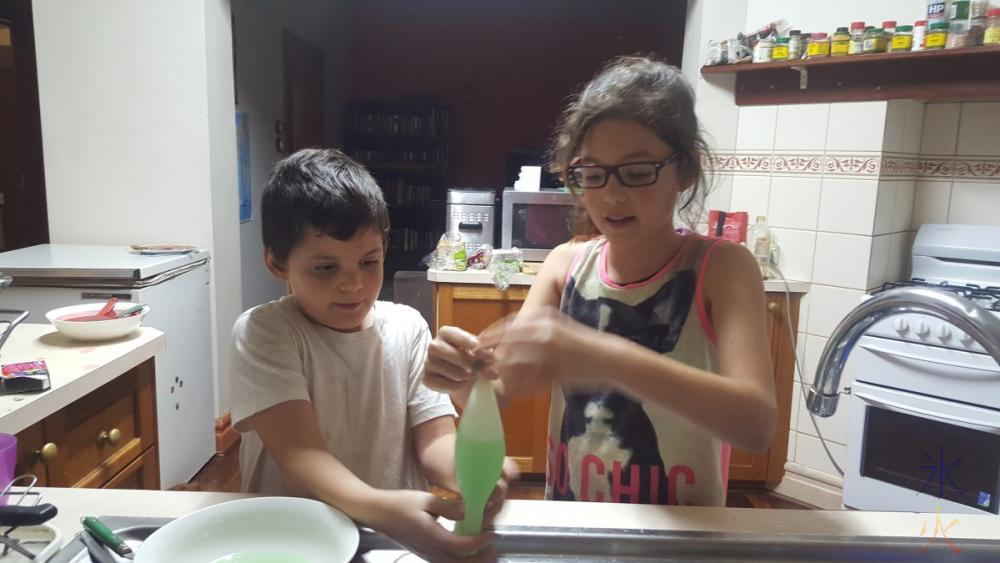 Unfortunately the gloves they'd found were disposable ones with powder on the inside so there was no eating that jelly!! At least they know how to do it and what kind of gloves to use for next time.

One of the kids' aunties had generously offered to provide the birthday cake and on hearing that the girl child loved unicorns, this was provided: 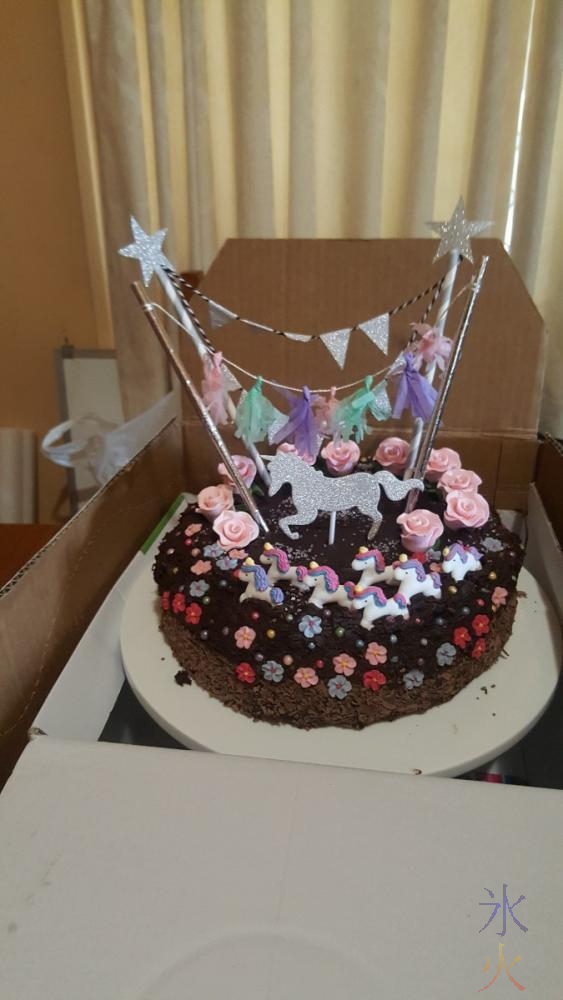 That went down a treat though JJ had to be explicitly told a few times to make the slices smaller (he was cutting them large as he didn't want there to be leftovers but that thing was rich).

The gymnastics girls had fun doing human structures on the trampoline when they weren't flipping out: 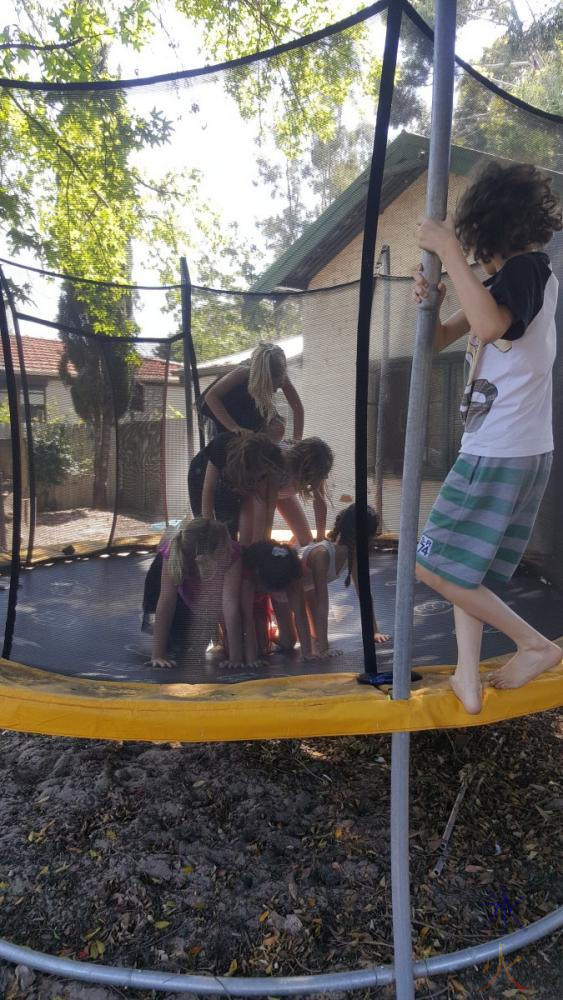 And 8yo had fun learning how to dismantle one of the old phones we have lying around the place that are kept around either because we figure out things to do with them down the line or in the case of dead ones like this, for pulling apart to see what's inside and how they go together. 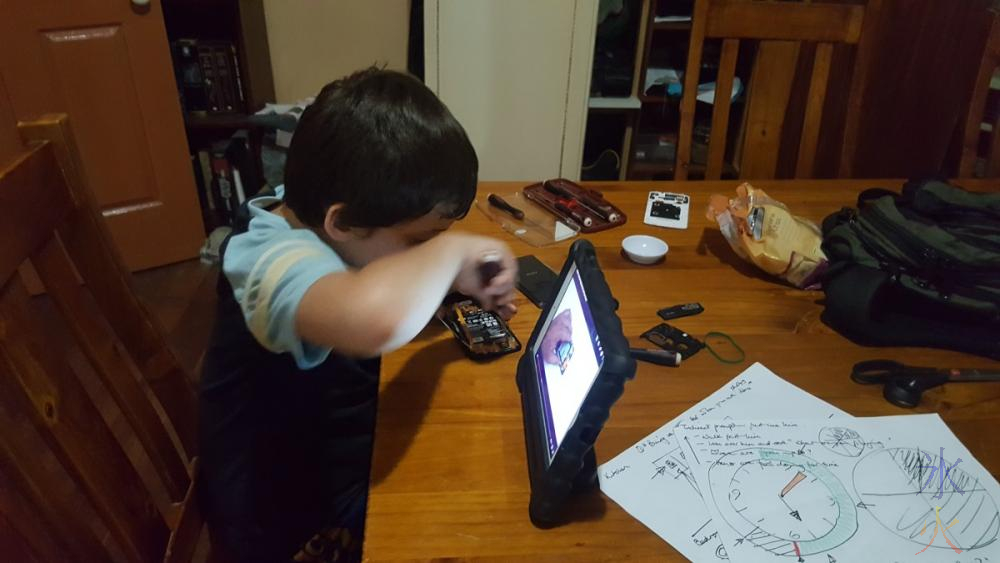 He was very carefully following some instructions on Youtube but eventually stopped from a combination of me worrying about a piece he was trying to pry off flying into his face and after he got to a point where they needed some heat that we a) didn't have and b) wouldn't trust him with even if we did as neither of us could directly supervise at the time.  Me being ridiculously paranoid about eyes I think I am going to push safety goggles on him in future!

After spending quite a while (probably a couple of years now, oops) intending on getting the kids blogging to encourage writing, and after sussing out steemit for 11 months, I finally decided to make the kids blogs on there, as they could then earn some cryptocurrency for their efforts.  The great news is they got really excited and are now actually wanting to write things (which is so much easier than trying to get them to do the mind numbingly boring workbooks, which hopefully means I won't have to buy them anymore and can instead spend more on cool physical notebooks that are fun to write in, interesting books and maybe subs to things), although having to prepare for end of year shenanigans meant they have yet to write anything further than the introduction posts they made.  The less good news is that apparently the company that was forward thinking enough to come up with blogging for cryptocurrency was not forward thinking enough to not be ageist which means that we'll be using an alternative front end that doesn't have stupid rules.  We're currently using mspsteem as I've been told that they'll allow them (despite having cloned steemit's ToS but then again they've also cloned their logo including the text) so we'll see how we go.

They're at @gorc, @pixietrix and @shadowlioncub and hopefully will have time to sit down and craft some posts soon!

We had fun preparing as much as doing the party.  Figured they should learn to help set up the things they are also going to enjoy :)