Last progblog I was starting to work on patterning the merminnows with help from my frenemy Google Image Search (for minnow and danio, I didn't even know what a danio was until I started searching, but they are tiny and have interesting patterns).  After about a million billion trillion years, the flats got done: And then about that again, light and shadow 1: 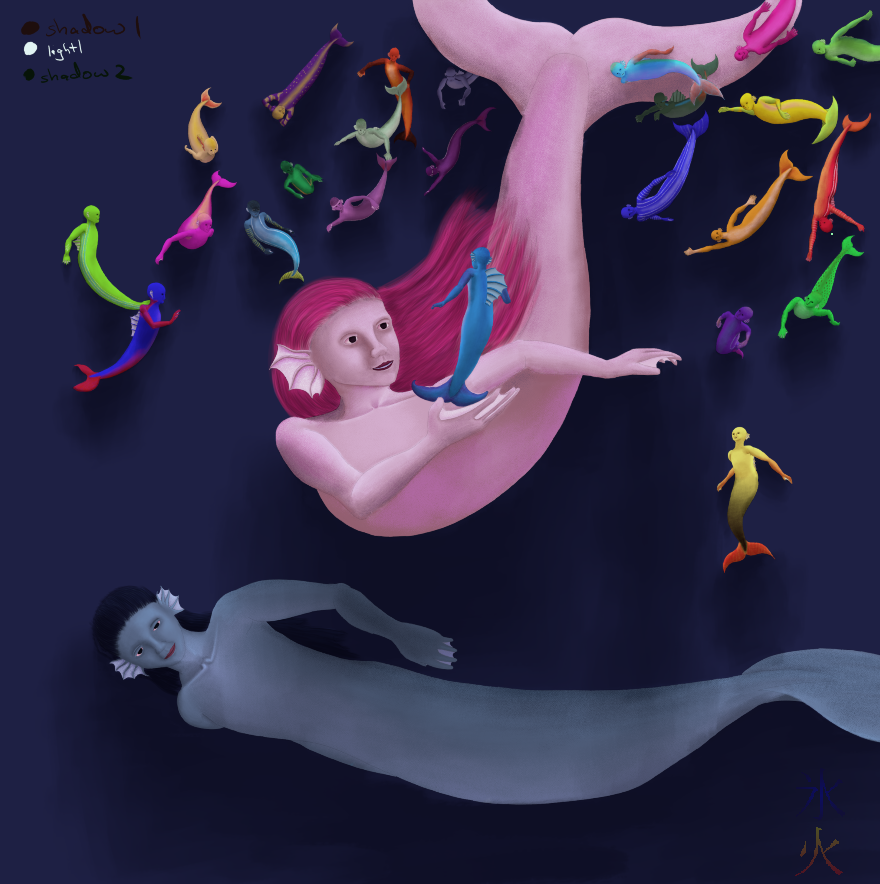 Shadow1 was finished and light1 started during stream o'clock, and I started on shadow2 later on.

Then I started editing the process video for this ostensibly because it's going to be pretty long, but mostly because I was procrastinating retopo :S