I originally intended to combine July, August and September into one post as I didn't think I had kept track of enough material to be able to make a post each.  As it turned out I was wrong (which is not unusual when it comes to the home ed front, I always think that I have been terribly slack any given month and find out we've done more than I thought).  However some of the September stuff still got caught up in the July/August mashup so this is the rest of September that escaped.

The kids have three cousins, the oldest of which turned 6 recently.  He decided that he wanted to go hiking for his birthday, so his celebration was held at Noble Falls where we met up, had drinks and snacks and then embarked on the epic voyage (it was a pretty easy walk as long as you have no mobility issues or all-terrain wheels). 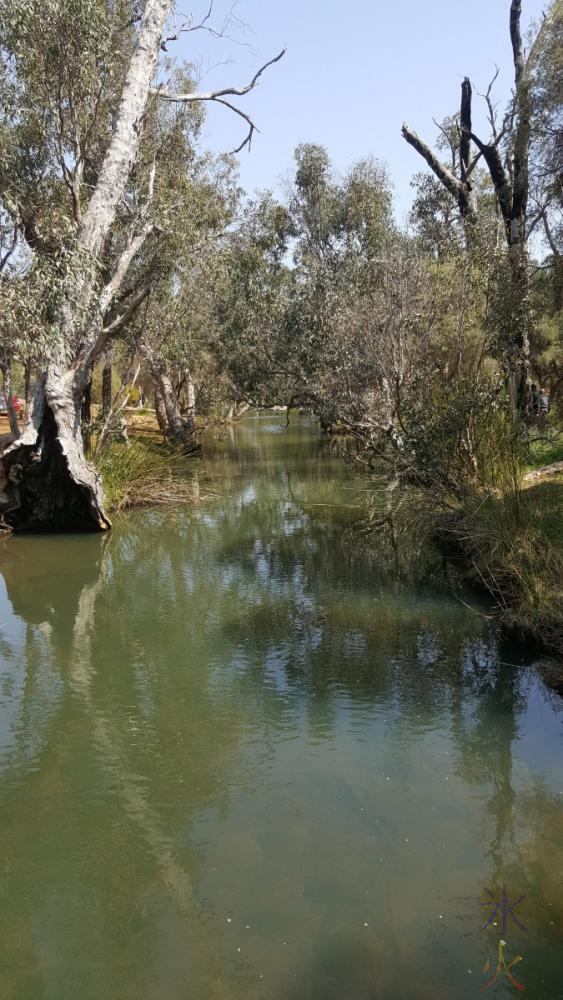 The girls were not that enthused about the hike.  To try to motivate them into participating a little bit more enthusiastically and also as a refresher in basic safety in the Australian bush, J put a $10 bounty on any snakes spotted on the path (spoiler: none spotted).  There was other stuff to look at such as various bugs and I think some tiny fish in the water, birds flitting about, and the flowering plants. The walk was a mix of farmland and creek. 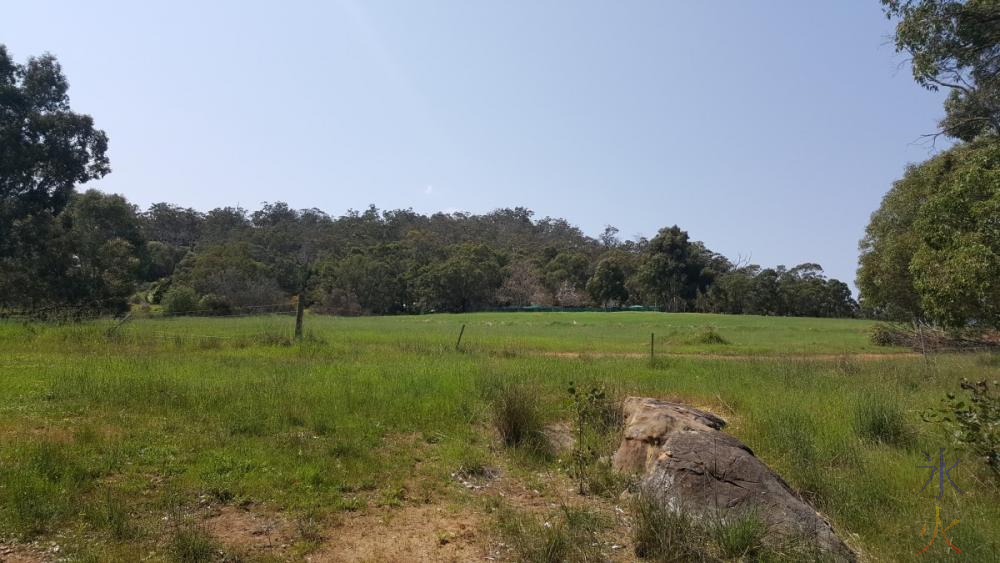 We had some very brief and vague discussions about life around the river, the concentration of the taller trees around the river, and why farming/growing things around the water source was a good idea.  They were only very light as most of the conversation was a bit more sociable and light with the rest of the family.

A couple of days later we hit up the zoo.  As with our usual visits, the kids picked 1-2 animals they really wanted to study before we left.  When we got there, they all studied the map and worked out a route between what they all wanted to see with the intent to at least have a look in at anything else that caught their interest on the routes.  This trip we studied the dingo: The wombat, where the kids were fascinated by the burrow cutaways, the information boards describing their life cycles: Paused to admire the camoflauge of some roaming wallabies (and 8yo was quite excited to discover/observe what they ate): Then moved on to check out the koalas (and squeed over the baby): and the Tasmanian Devils: The kids were once more awed at the jaw strength of the little critters as they gnawed their way through large meaty bones.  It was also interesting watching the crows coming in and pecking the devils' tails to annoy/scare them into running off so the crows could steal the bones.

Next stop was the komodo dragon in the Asian rainforest section.  As we were on weird seasonal shift it was a bit cold for the poor thing so he was huddled under his heat lamps. We checked out the sun bear and ventured into the primate section which we haven't been to for a while.  There we were greeted by a bunch of little monkeys (I think they were squirrel monkeys?) that appeared out of the bowels of their enclosure to bound onto the fence when we approached. There was a small hidden facts (where there is a question on a thing you have to lift to reveal answers) board in the primate section that the kids took turns going through, broadly comparing the different kinds of climates and biodiversity found in Australia and the Amazon rainforest.  We went through the African Savannah as it was on the way out.

At some stage we passed through the nocturnal house as 8yo wanted to look at bats but I didn't get any photos in there.  On the way out we went through the African Savannah and paused to look in at the painted dogs (one of my favourites to visit, the other being the pygmy marmosets) and this poor tortoise that had somehow managed to flip onto its side and was flailing its head and legs trying to flip back again.  Would have liked to find something long enough to reach in and give it a shove back if it wasn't behind glass, pretty sure it managed eventually, or if it didn't one of the docents would probably have set it right. States was also held towards the end of the month.  Both bigs had qualified.  Initially we thought it was a good thing that they were on the same day, then it turned out that 10yo was on late morning and 12yo late afternoon so we got stuck there for most of the day.  12yo qualified for everything, and there was a bit of confusion surrounding 10yo as we thought she was doing beam, vault, floor and all rounder but she only ended up doing beam and vault.  They both ended up with pretty decent results, with 10yo getting her first gold in states for beam, and 12yo getting gold on parallel bars, silver on pommel, bronze on rings and high bar and bronze all-around.

After all that craziness we probably could have done with a few days downtime but we decided to go for a wander around Perth where we found some interesting historical things with signs and random bird cage benches: and then the Perth Mint. The queue was stupidly long and we hadn't been there for that long when the crowd and the general city crowd started really getting to 8yo.  I asked the kids if we should go in or if we should see if we could come back at a time when it might be slightly less crowded.  They all voted to come back when it was slightly less crowded, so we went to a park to chill out for a bit, and after about a million attempts, 10yo finally landed her aerial.