8yo kicked off the month by discovering that bubble bath mixed with water is a much more effective bubble mix than detergent mixed with water, and that pipe cleaners are easily repurposed into bubble wands. 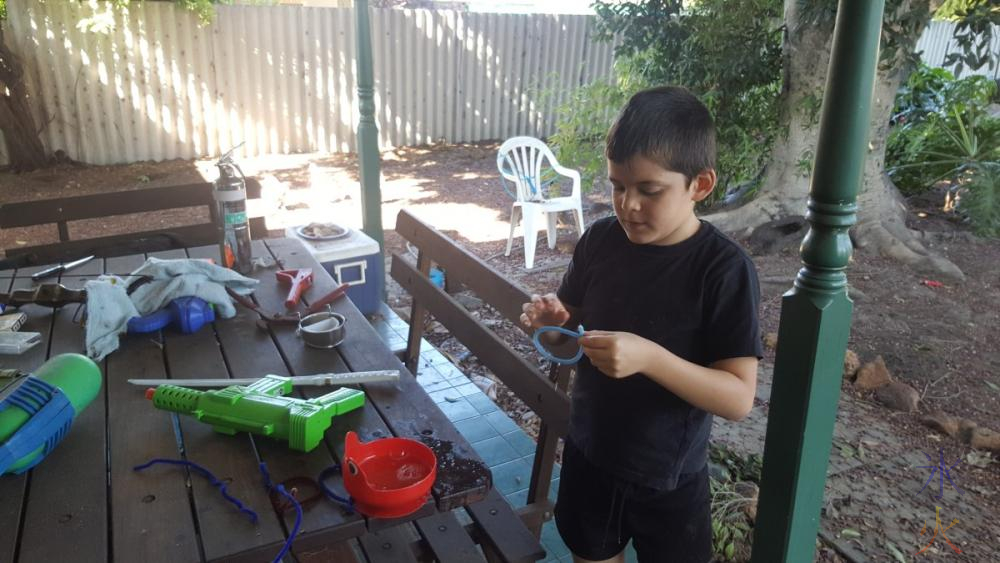 I'm not sure whether he made that discovery on his own or was assisted or led by 10yo.

There had been vague plans to host a Halloween party as the kids want to dress up and do spooky things, and then it was decided that 10yo should have a spooky themed birthday party seeing as it was close enough, and the boys could invite their friends too.  The smalls set about making invitations, directed by 10yo. 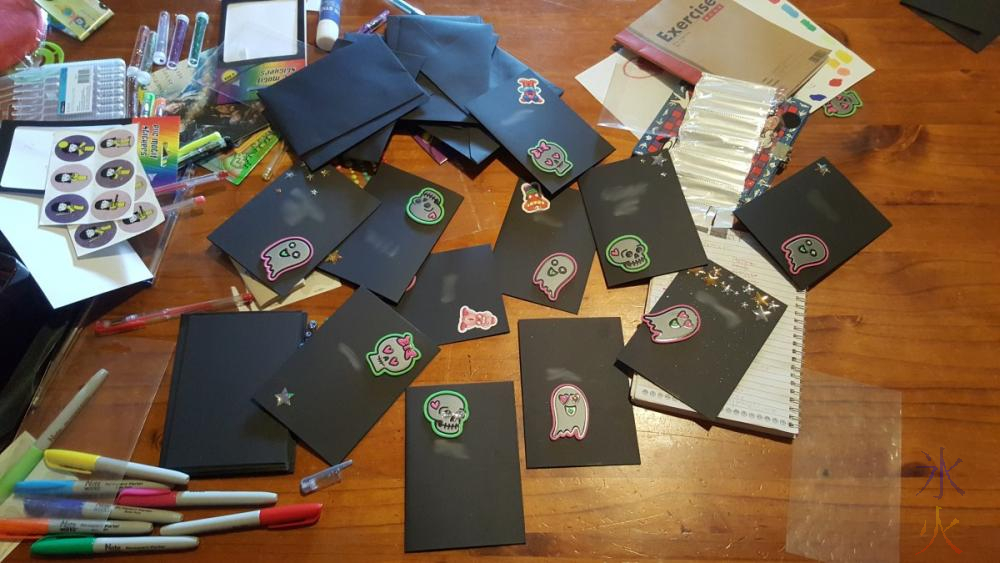 12yo chose to invite his friends in his usual fashion of just asking them while they were playing games online.  The only exception was one gymnastics friend as the child in question had switched classes without us realising.

8yo got unlucky with the colds this month and either couldn't shake one or kept catching several back to back.  Seems he spent the entirety of the month with a runny nose.  10yo helpfully made him an invention, tying a full tissue bix to an empty one so he could blow his nose and discard the used tissue into the empty box. 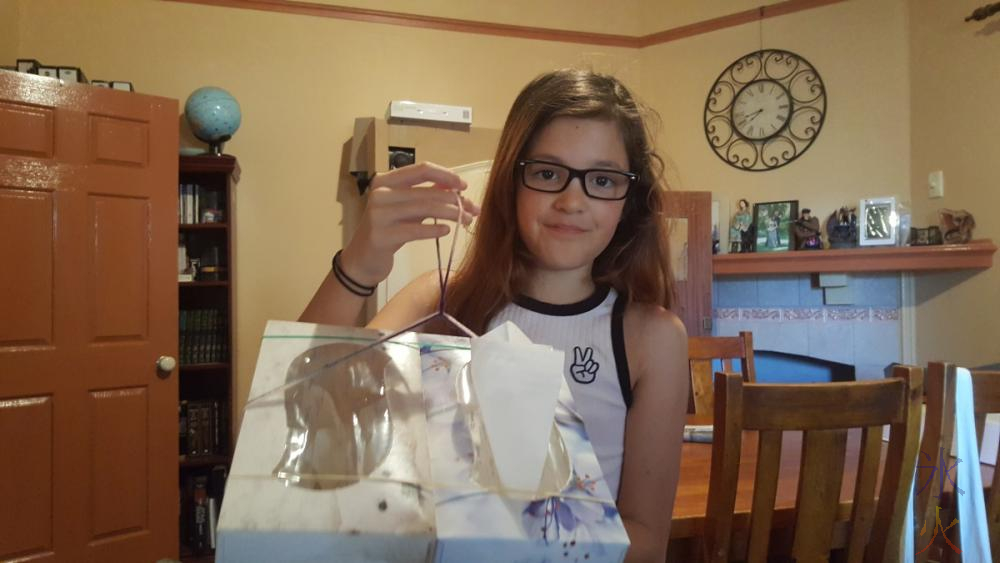 On a day JJ had off work due to having to get a healing injury checked up at the doctor's, we finally went to the Perth Mint! 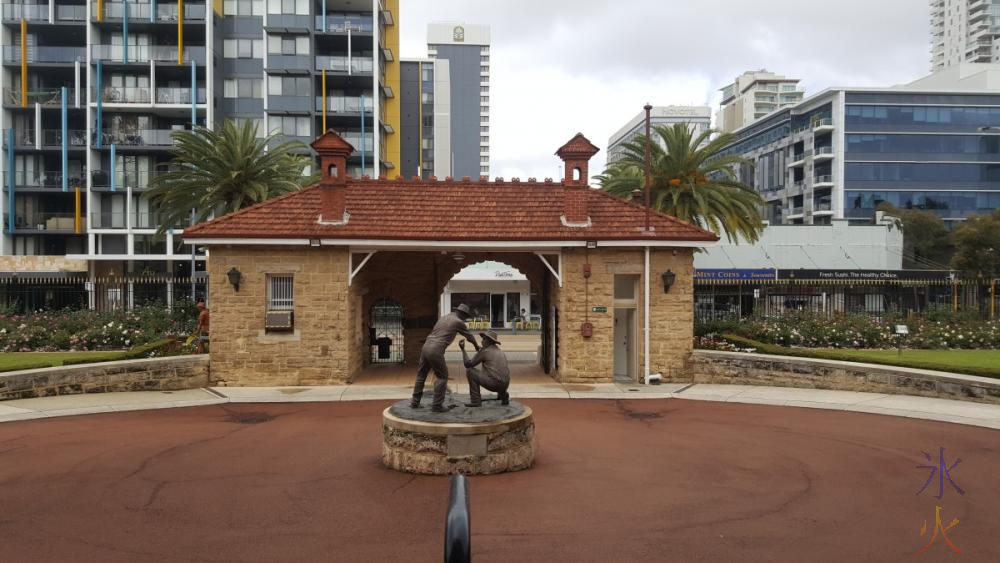 I was really hoping we would miss the ridiculously massive tour group that was clustered outside for the next one which would hopefully be much less massive but no such luck, due to the timing we got tacked on to the ridiculously massive tour group.  I was slightly irritated with this due to 8yo's crowd issues but there wasn't much to be done except help him cope and hope for the best.

I briefly primed 8yo for dealing with the crowd as he was already looking unhappy, and we came in very late listening to the very enthusastic guide giving a brief history of the Mint.  We then walked in for a very short instructional video on the science and history of gold (the kids were fascinated to learn about gold being star stuff) while standing around an immense gold coin.

After the video we checked out the displays in the main part.  It is so much easier having the extra adult along to wrangle the child that wants to look at everything all at once right now, and gave the other two much needed time to peruse at their leisure. 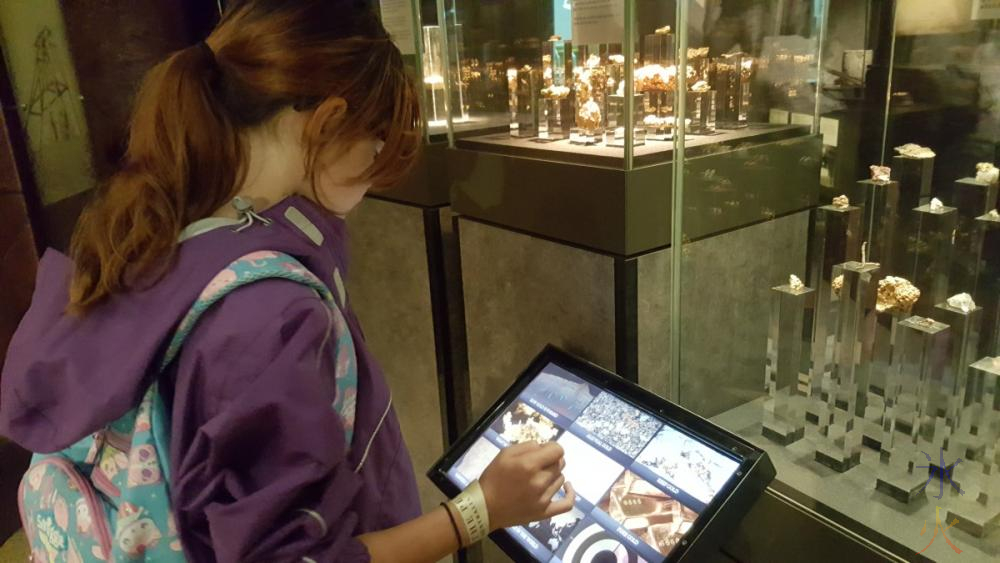 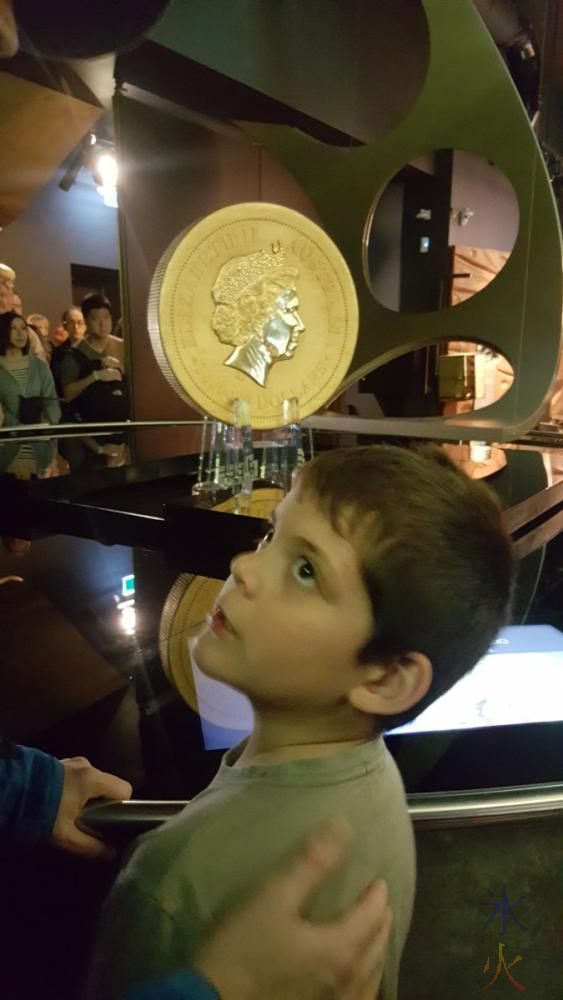 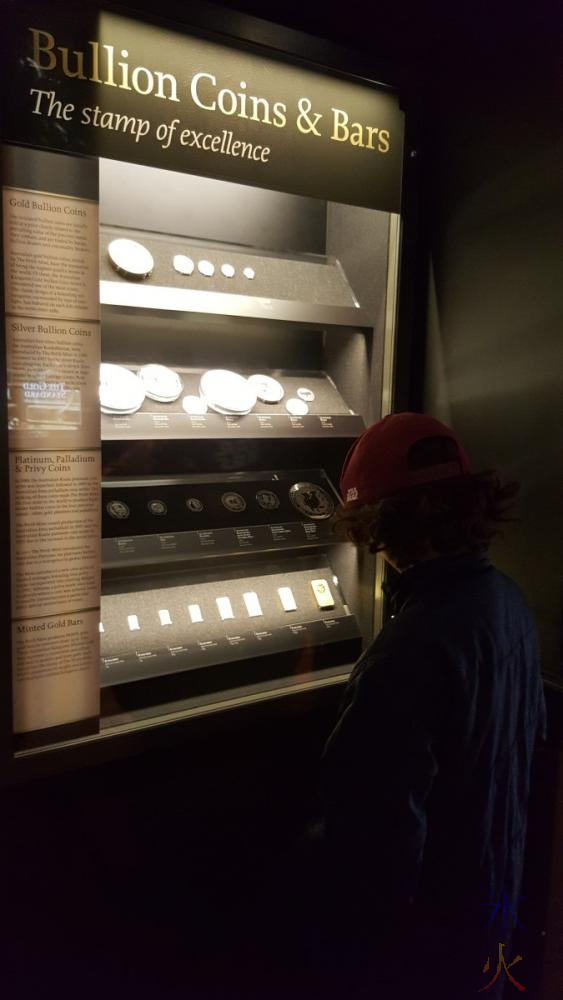 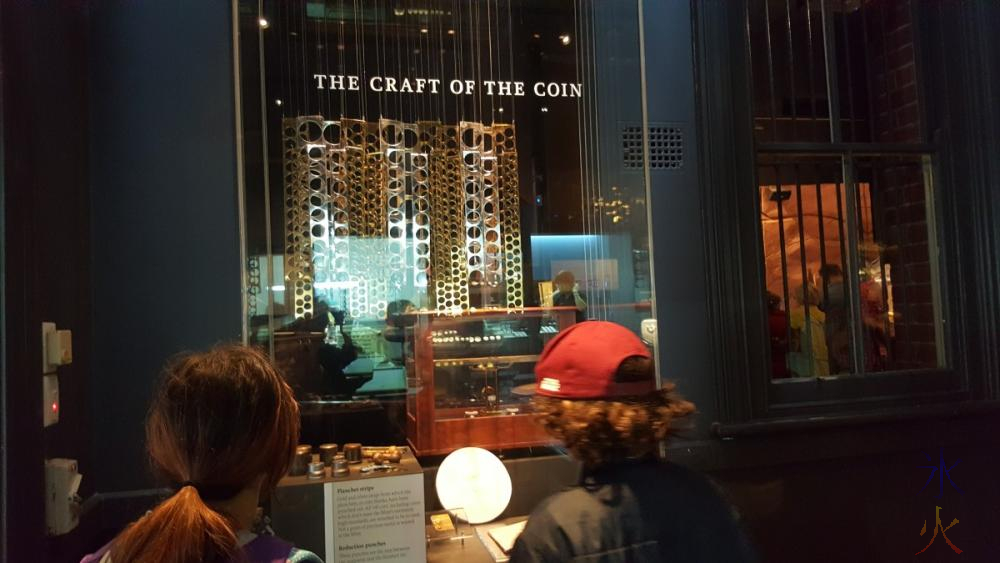 Then it was time for the highlight of the tour: the gold pouring demo that all three had been looking forward to.

This was prefaced with a little history of the furnace room (the original one in The Mint, which used to be lined with furnaces like the remaining one) and an explanation of the tools used and the guide's safety gear and some really common sense safety rules like don't have the flash going while he's dealing with insane metal melting temperatures.

After the demonstration we went back out into the main part of The Mint where our paper bracelets apparently gave us access til 4:30pm or so (not that we were going to stay that long).  Then 10yo and I doubled back so she could ask the guide why gold was measured in carats.  We then ventured into the vault which we'd missed before the demonstration due to examining the other displays, where there was a heavily secured gold bar that was available for lifting so people could feel for themselves how unexpectedly heavy the things were for their size. 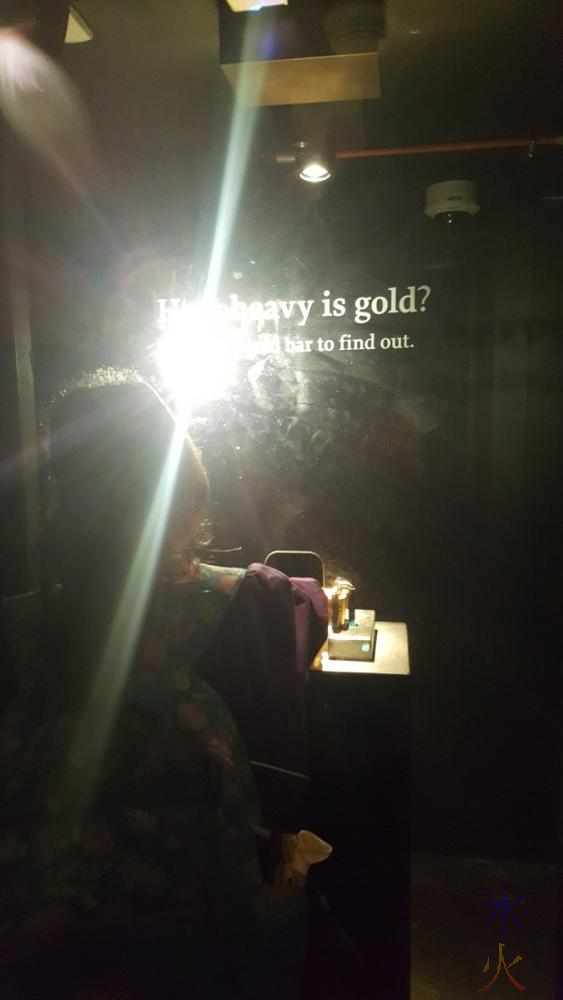 12yo rounded off his tour by buying himself a custom coin bearing his name, star sign (which we had to find out because we're not that interested in astrology!) and birthdate and watching it get printed/engraved in the big coin printer thing.  He then announced that he finally understood the term "mint condition".

We have decided we are going to do a return visit somewhere down the track with the outlaws, and 10yo wants to save up to get her own coin.

8yo decided that he likes drawing after all, even though he's not very good (reminded him there's only one way to get better): 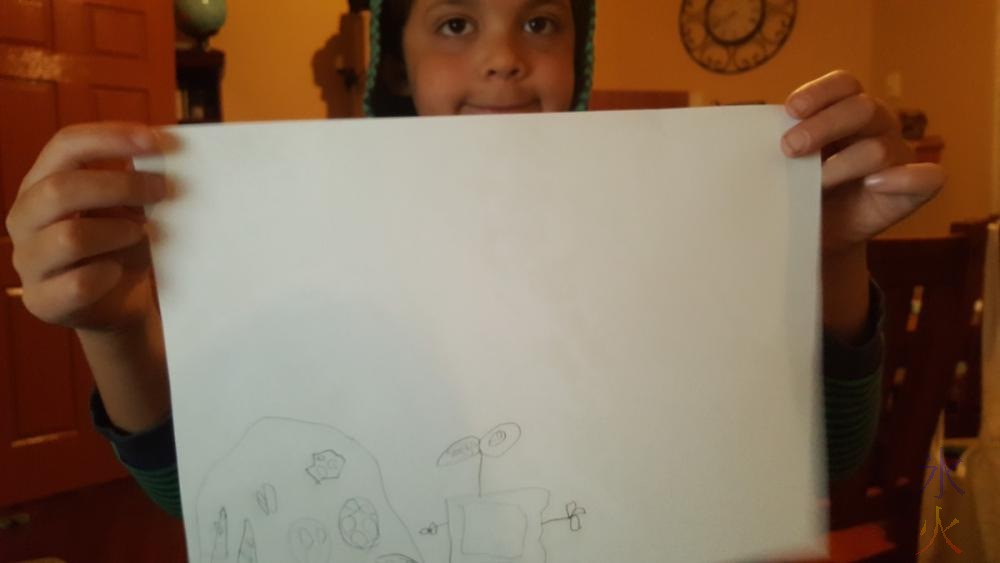 He also rediscovered Duplo, and built some slugs from Slugterra out of what we have: 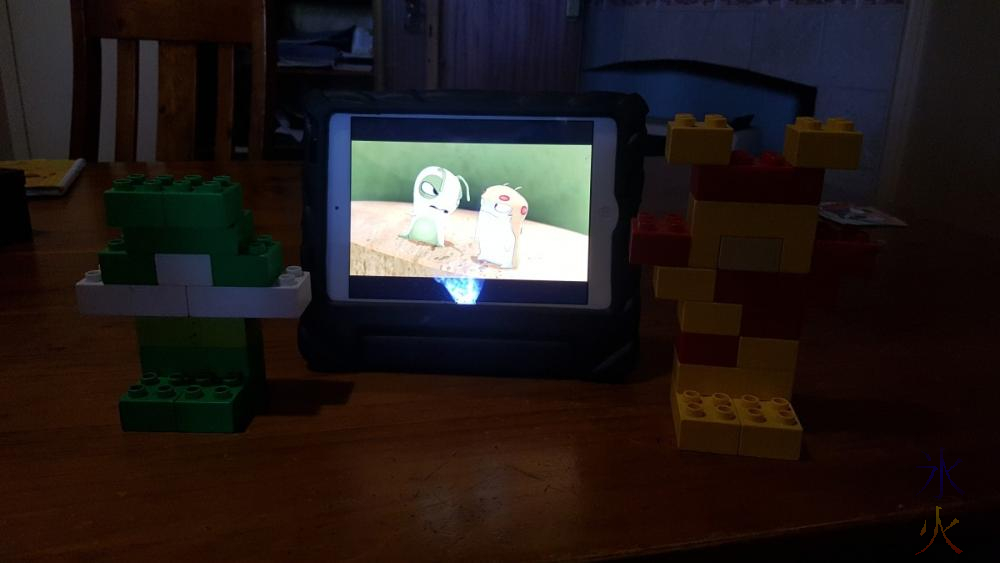 There was a homeschool sports day coordinated by one of the other homeschool parents, everyone that attended brought an activity to do.  We have a lot of chook feed bags so brought them to use in a sack race.  It was a bit hard for the bigger kids but the entire event was more geared towards the littlies anyway as they made up the majority of attendees.  Everyone got a medal at the end, and free play on the cool playground before we left.