Haven't really had a chance to work much on this lately, always other things demanding attention (and apparently I'm not supposed to take time out of sleep to make up for it but that's pretty much all I got left).

Tail retopo is driving me up the wall a little bit, I had quite a few goes before I got a mesh I'm vaguely happy with.  What I wanted was to just draw the mesh and smoothe it later but apparently my lines were so terribly wonkered that I need to fix everything before I can proceed. 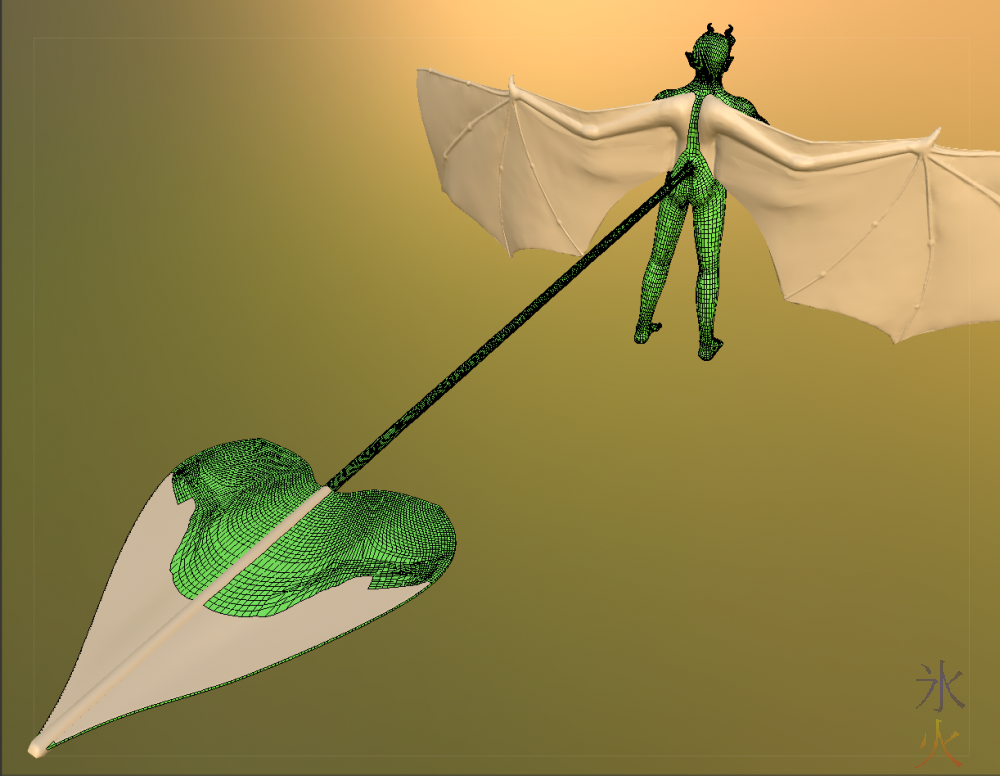 While taking a break from that I grabbed a copy of Storyboarder after seeing it on Sprat's tumblr as I figured I may as well storyboard I-i in the interests of progressing other things while I'm stuck on this thing.  The first thing it offered to do while setting up a new project was work off a fountain file.  The first thing I had to do there was find out what the hell fountain was.  It looked pretty cool but I'm slack these days and don't really want to render markup in my head all the time so of course I grabbed one of the editors they had listed.

I then proceeded to hand copy I-i into Trelby (for whatever reason it had a local copy/paste and a system copy/paste and the latter would cause an inability to type which required restarting the app to fix) which was fine as I have been wanting to do a simplified script for voice actors anyway as my scripts contain way too much detail that's generally only useful to me.  And some things got a little bit more ironing out.  Trelby was very helpful and automatically formatted most things for me, all I had to figure out how to do was when to press enter and when to press tab.  After a few days on and off of that, it got done, exported into a fountain file and imported into Storyboarder. 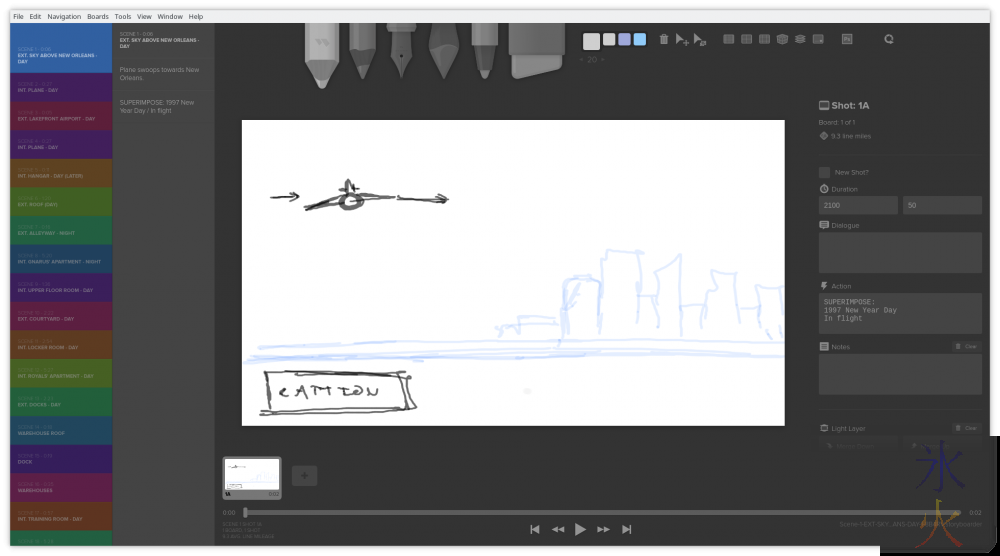 It's a very jolly little app that makes some amusingly grumpy noises that reminds me of Blackboard from Mr Squiggle when you click on something that it can't do at the time, and it also pipes up motivational quotes on opening, piles the praise on when you reach some number of line miles (I don't even know what line miles are) and occasionally offers up helpful tips while you're drawing.  The tips are unobtrusively in the bottom right corner and there's probably a way to turn them off if you're a grumpybum the type that finds that kind of stuff distracting.  I've been having a lot of fun with it, love using it, and having the script nicely laid out there in a rainbow would really speed things up if I was able to focus long enough to sit there and do it, as currently I'm bouncing like one of those super bouncy balls between storyboarding, transferring scripts and retopo.

On the new focus cat front, I've decided that unless a cat or two just rocks up at my front door beforehand, I'm going to get a mum and kitten package from Cat Haven, which is $150 or $210 depending on the age of the kitten.  Then I need a scratching post (the ones I saw at City Farmers were ~$150, going to check Pet City up the road) and a bed that will fit on the windowsill (which may end up not costing anything as I will probably use a box or possibly the crate we have if it will fit with some baby blankets inside).  At this stage it looks like an after Christmas at the absolute earliest, but more likely sometime next year before I can scrape together the money.

And then I might be able to get more stuff done!