Really nothing much happened this month, mostly because I did something to my neck which had me pretty much out of action for a couple of weeks and I spent most of it in bed, and then took it extremely easy for the rest of the month.  Unlike Homer's Iliad and Odyssey, the types of plays written by Aeschylus, Sophocles, Euripedes and Aristophanes (all of which the kids kind of know about and have a very passing interest in thanks to Horrible Histories) were not so interesting for children (and to be perfectly honest not doing too much for me either).  12yo has been reading our Manga Shakespeare collection again though, mostly Midsummer Night's Dream which is a favourite of mine. 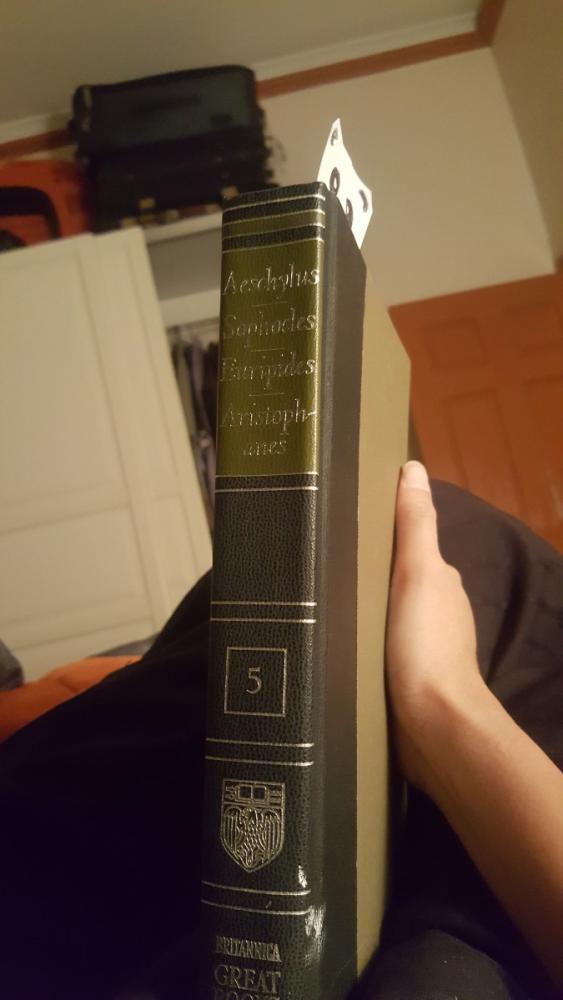 The adorable little bookmark was made by 10yo, who has been working on and off knitting a scarf.  I love her concentration face. 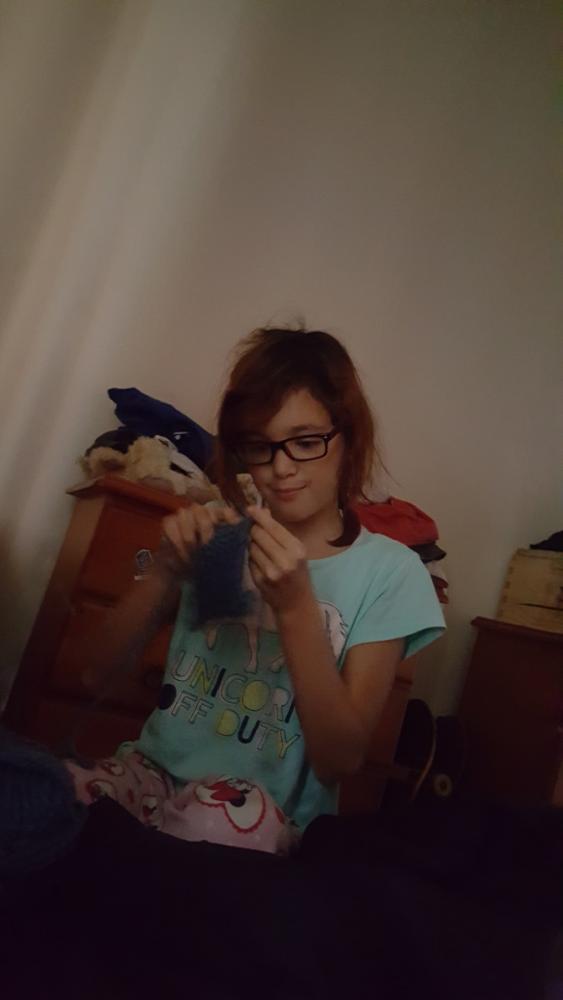 The kids built an "obstacle course" outside and had great fun coming up with a game around it (wasn't enough to just run it, they had to run specific lines, not cross over and retrieve items to bring back and drop off). 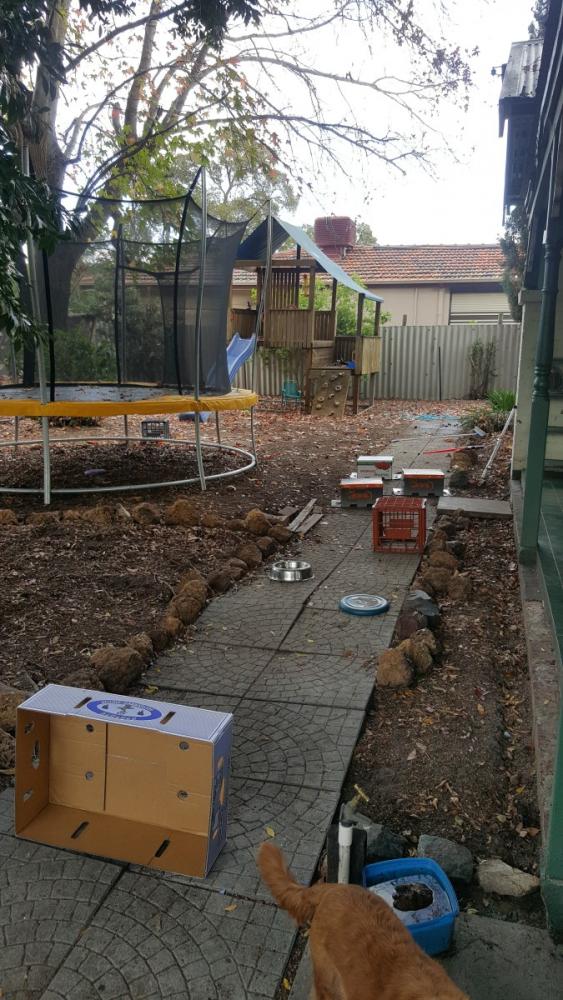 Towards the end of the month it was all about getting ready for badge tests.  8yo wasn't ready and 12yo could have been but he'd gone cold at completely the wrong time (when everyone needed to be working hard to show that they were going to be ready for it).  Lesson learned the hard way, he is able to compete in optionals this year but can't badge til next year.  He should badge easily then as he likely would have been ready this year if he hadn't gone cold.  10yo was ready and entered for her level.  Our club was hosting the level 4+ badge tests for both boys and girls.  We stayed late after 10yo's class to help set up for the boys' badge test.  We missed their friends badging but were able to make it to watch their assistant coaches from this year and last year badge.  8yo in particular was thoroughly impressed by last year's coach (who is a higher level than this year's coach but isn't coaching anymore) and now really wants to level up so he can do all the cool stuff.  I think it motivated 12yo as well but he was a bit more restrained about it.

After the boys had finished up we then stayed behind to help set up for the girls' badge test the following day.  10yo's session was first thing in the morning.  She and all of her friends passed and got their level 4 badges so they were pretty stoked, and the badge has since been sewn onto her jacket by Nanna.  We ended up staying all day as she wanted to watch her older friends badge testing too and they were spread all the way into the last session.  Then we stayed to help get the gym back to normal for Monday's classes.  I didn't end up getting any usable photos and didn't have as many photos as I thought I had as either last phone or some version of Android I was able to take photos by tapping on the screen while recording a video but with this phone/version/something I apparently had to press a button and didn't realise it for ages.  The photos I did manage to get were horribly blurry.

Otherwise we've been trying to spend nice days outside as much as possible while I figure out how much I can cope with to go on longer trips. 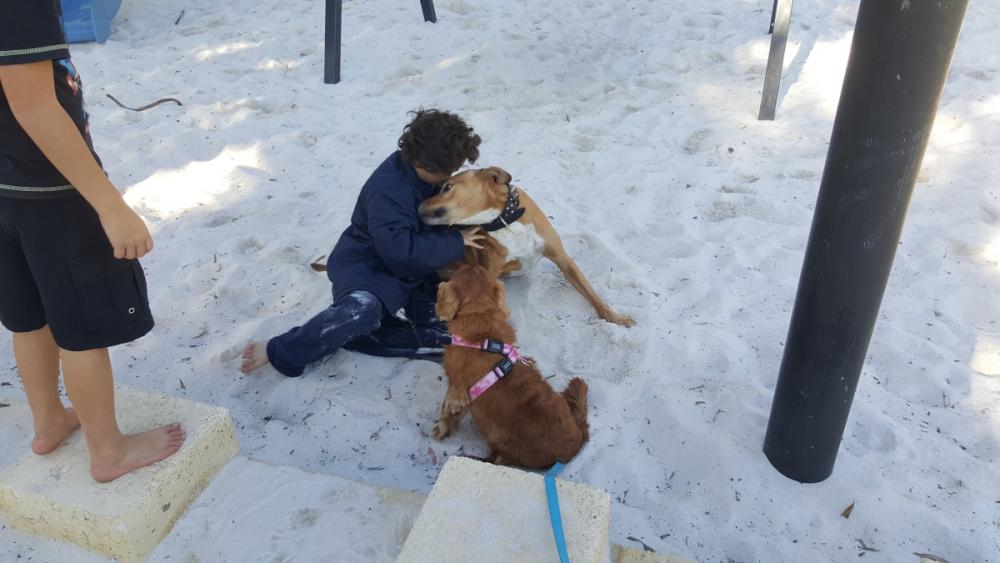