Forgot I was supposed to be streaming update

My headache has finally cleared but my shoulder is still hurting like hell so I managed to completely forget about streaming this weekend, not that I would have been able to stream for more than an hour anyway at the rate I was going, had to take very frequent breaks!

Retopo is another thing that really isn't my friend so even if I did know a way to reuse retopo models I would likely just keep doing retopo per character just for practice.

I usually start with eyes and go out from there but this time I started on the nose because there's a million loops in the nose (okay three).  Then laughed when I started the eye loops (the ones in the pic didn't stay as I ended up doing them differently) as I thought it looked like one of those comical scenes where the character is doing those facial things involving green stuff on the face and cucumbers or some other fruit on the eyes and have to come rushing out for whatever reason. 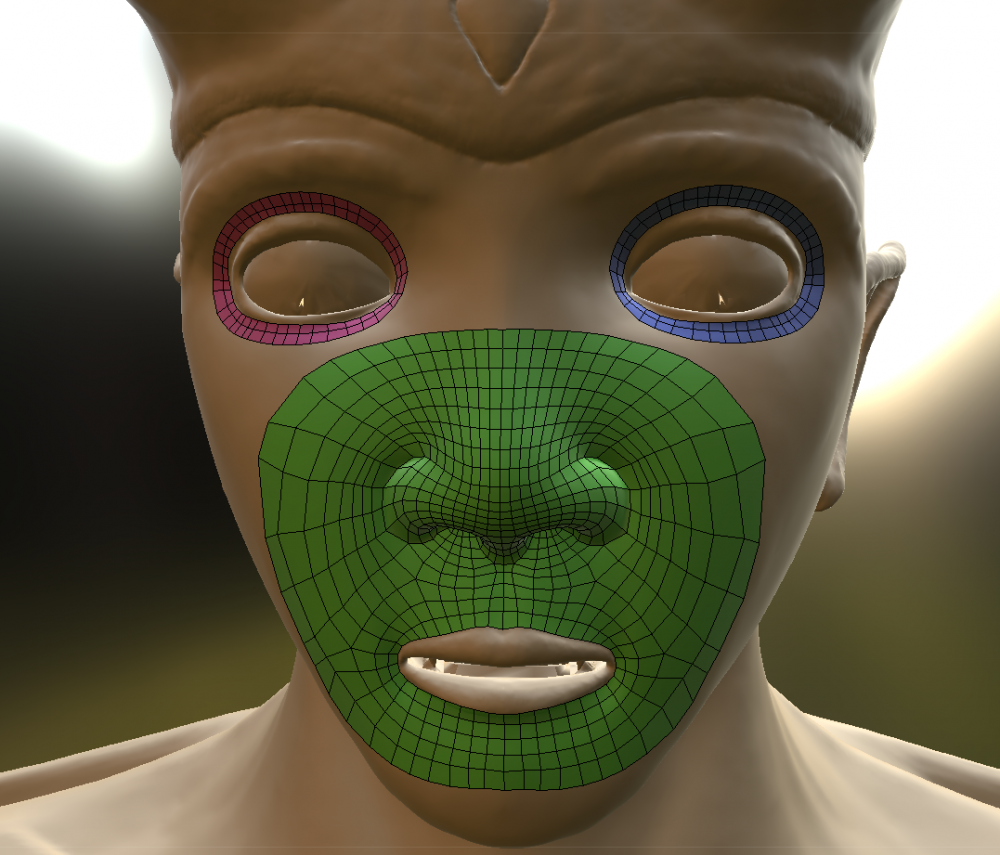 My sister thought he looked more like a chameleon XD

I've gotten a bit better with polyflow which really helped with the twisty horns from hell. 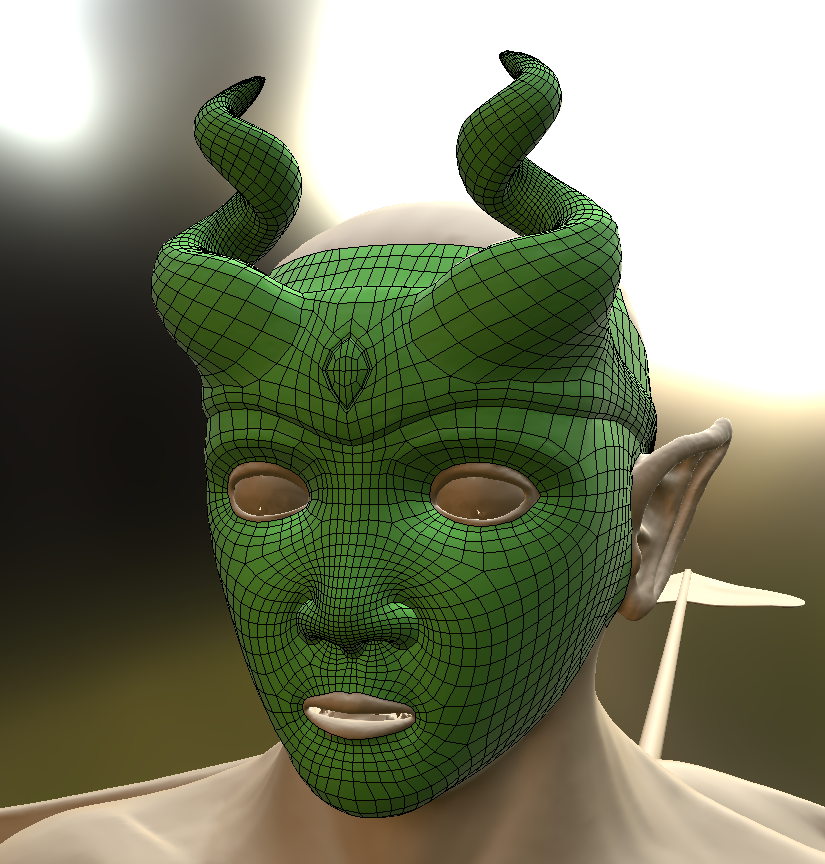 I'm being extremely fussy and avoiding triangles like the plague as I want to ptex rather than uv and currently 3d Coat can only do ptex if the mesh is all quads.  So far so good.  Didn't get as much done this weekend as I would have liked due to the shoulder issue and associated headache, ended up spending a lot of time resting as I have to pretend to be a responsible adult all week :)

We're currently sitting on 4822 quads.  Yeh it's probably going to be heavy.