After eating a lot of avocado and guacomole, we decided to have a crack at sprouting some of the avocado seeds.  According to the instructions the bigs looked up, we needed two skewer the seeds on toothpicks and suspend them in water for 6-8 weeks or something to that effect. 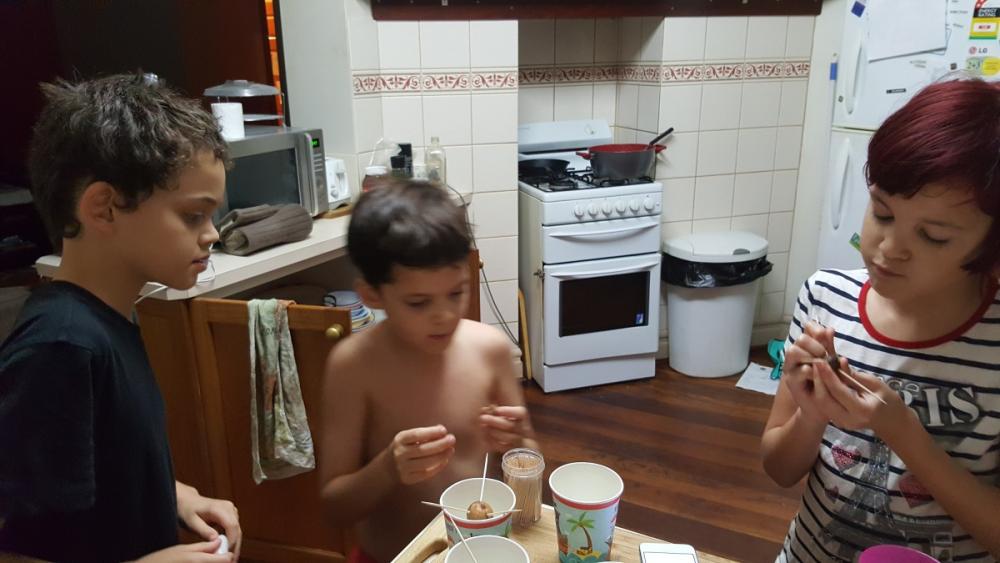 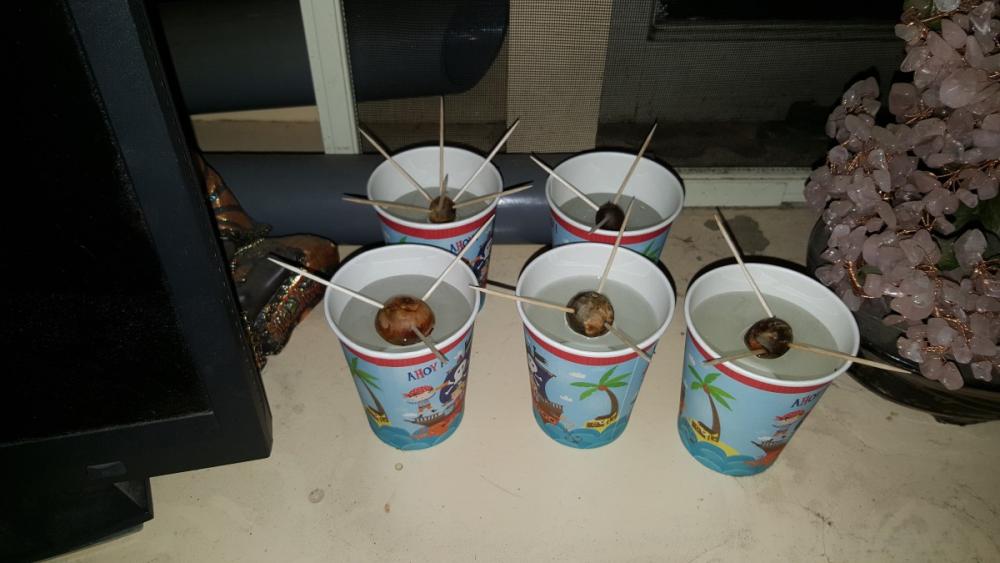 10yo found an experiment on Youtbe that she wanted to try, which involved dropping hot water into cold water rapidly to see if they mixed.  So we would be able to see if there was any mixing going on, she colour coded the water with food colouring after boiling the hot water.

Unfortunately the only thing we had to separate with was a small cakeboard which made it tough to line the cups up.  It then turned into an occ health and safety lesson as I decided to hold the bottom cup to stabilise it and subsequently got burnt when 10yo pulled the cakeboard out from between the cups and they weren't lined up quite right and I ended up with hot water splashing onto me.  10yo found out after watching the Youtube experiment a couple more times that we were supposed to drop the cold water into the hot water which might have been slightly safer (or at least resulted in less burn for me).

10yo continues on her quest to become a Master Chef by cooking more and more independently in the kitchen (she generally only needs help with lighting the actual oven as it requires sticking your hand in as the sparker is broken, occasionally with the stove if the lighter won't behave and lifting heavy pots).  She has mastered relatively easy things such as cheesy pasta (the cheap student way) and pikelets and will slowly be advanced on to other things. 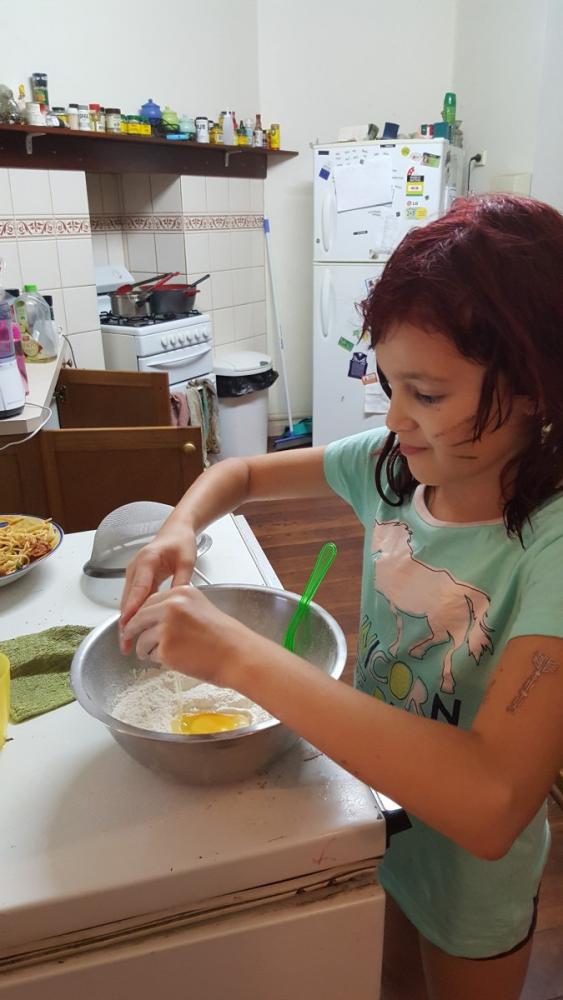 She also really likes making things like slime and playdough and stuff that appears to be in between. 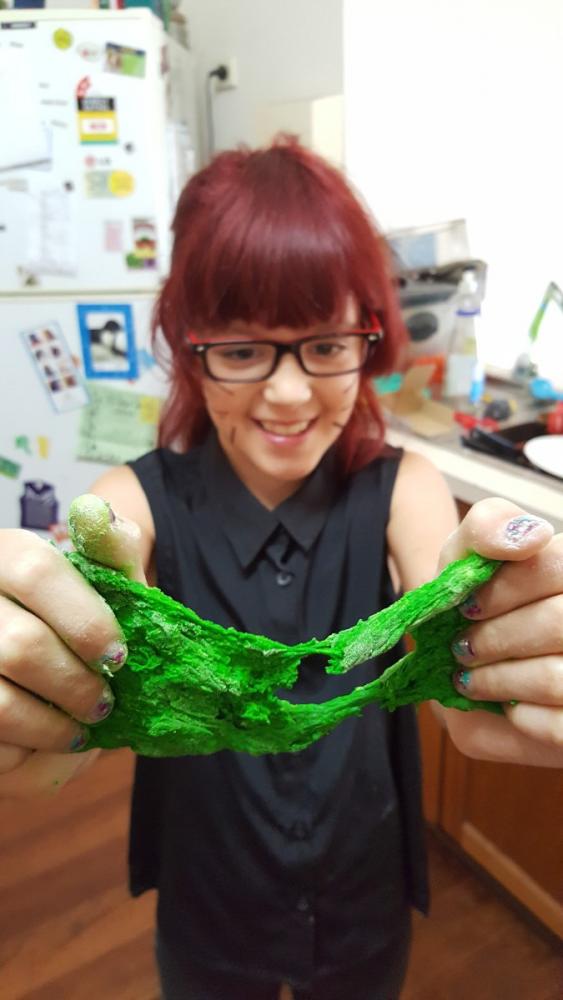 12yo spent a bit of time cobbling together a mechanical spider he got for Christmas (much to 10yo's disgust, she dislikes most insects and anything with more than six legs because they have "creepy little legs").  Work on it stalled as there is either a piece missing or we're not understanding the instructions. Then the zombies invaded. They'd stocked up on Nerf bullets and fruits and biscuits in that box fort.  And 8yo's Nerf armoury.  And 10yo went a bit nuts with the slime and made a glitter version. 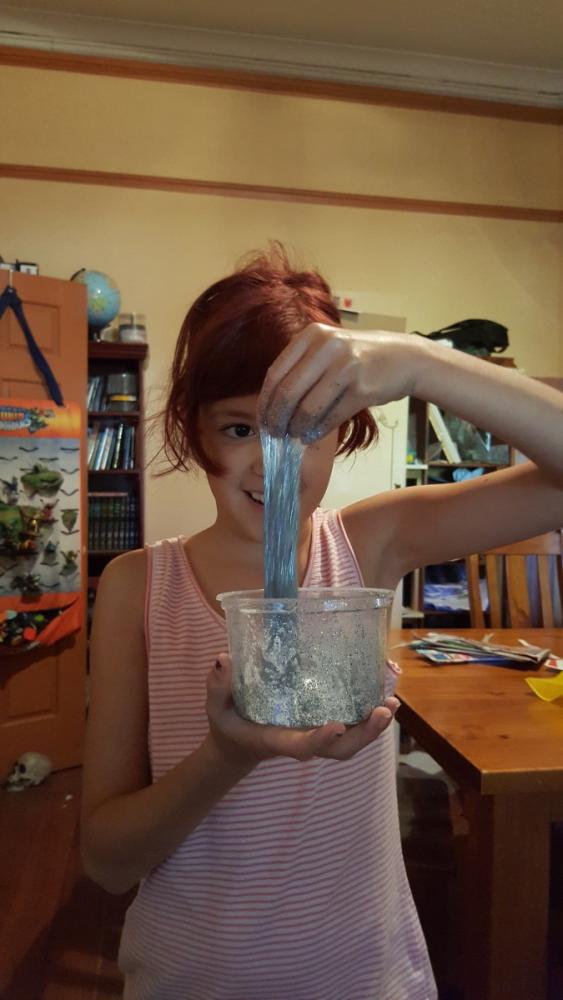 We headed into Perth as I needed to upsize the Crumpler bag I'd purchased recently, and I figured we may as well hang out and explore while there.  10yo and I took the boys to a vaguely 50s-70s themed milk bar we'd discovered on a previous trip (to get the first Crumpler bag).  There was a Games Workshop across the way which the boys wanted to check out, and one of the crew working in the store showed the boys how to play Warhammer Age of Sigmar.  12yo managed to snatch defeat from the jaws of victory as he is as terrible at dice rolling as his father is (the most amusing part being where the staff member told 12yo that he HAD to roll above a certain number or he was going to lose a large portion of his army and 12yo just about rolled snake eyes all the way).  Probably a good thing the boys were playing rather than me as there was a lot of dice and numbers to add up and both of them are pretty quick with that. Next stop was Elizabeth Quay, which I'd noticed on our last trip seemed to be mostly completed, but we hadn't had a chance to explore as we'd been recalled home.  There was a water park there so we decided that as it was a warm day we would start at the water park and walk around the Quay to dry off before jumping on the train back home. 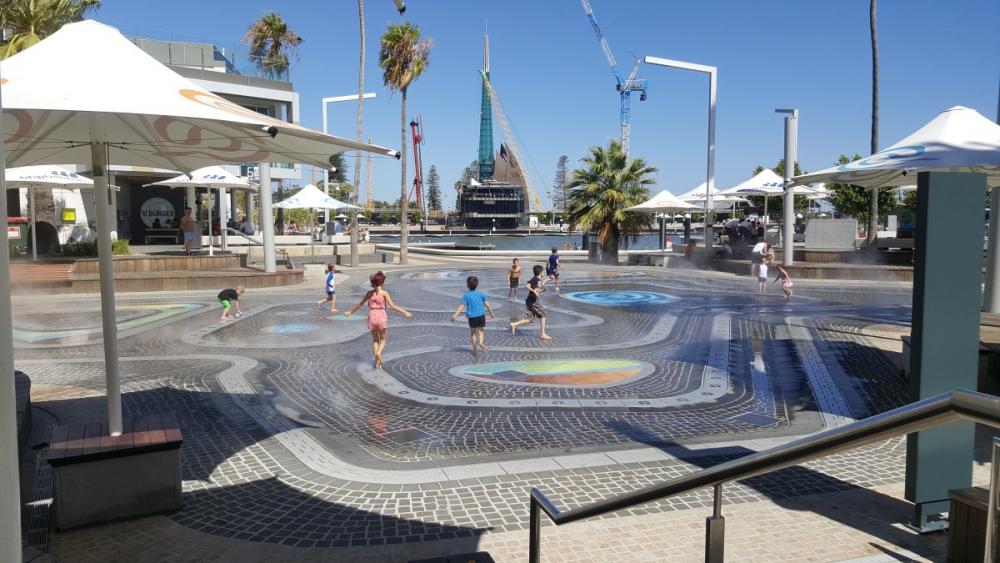 There were some tiny little puddles and misters running so I figured they wouldn't get too wet and would dry off quickly.  Then this happened. Being a "water park" and all, really should have seen that coming.  All children ended up absolutely saturated and had a blast.  We bought chips from the food place in the background on the left and the kids fended off seagulls while they ate before begging to go on the carousel.  Fortunately for them I had enough cash for three tickets (and conveniently they had a three tickets for slightly cheaper than buying one ticket each thing). I had to back off a long way to get all the arches in.  The kids just wanted to clamber all over it because that's what art installations are for apparently. We continued round the quay heading towards the far end of the wavy bridge, pausing every so often to read some of the informational signs that were up around the place detailing some of the history of the immediate area.  At the far end we encountered the Duyfken replica.  It's in town til April and there's tours and things available so we're currently seeing if there is a "school group" excursion being organised or if we're going to hit it on our own. Could not get far back enough to take one of the broadside shots I prefer to take of impressive looking ships unfortunately.  All the kids were pretty keen to find out more about it so will try to time a research project closer to when we actually organise an excursion.

Not far past the ship we finally reached the far side of the bridge.  I saw this: I turned around and said to the kids, "The answer is yes."  We rounded the corner, they finally saw what had previously been hidden from their view by some gardens, looked up at me, realised what the question I had been answering was and were off like shots.  I should have aimed more left, there was a little water pump thing under the yellow umbrella.  They had a blast, and for whatever reason anyone does anything, they spent a bit of time walking along the wall in the background.

We finally got onto the wavy bridge and walked back to the other side where we'd started. There was another piece of art that 10yo took photos of on her ipod (she takes a lot of photos with it), I didn't as I was pretty tired by that point and the kids realised they were too when faced with having to walk back to the train station.  I'd love to say 8yo had no trouble sleeping that night but I'm not so lucky!

10yo had been doing a few experiments and making play dough involving food colouring, and 8yo has been playing with syringes in the bathtub (the squirty ones not ones with needles in them), so I decided to combine the two and got them to create some art with coloured water and the syringe.  8yo decided he would rather watch a doco on his iPad.  Little Miss Arty 10yo got right into it. 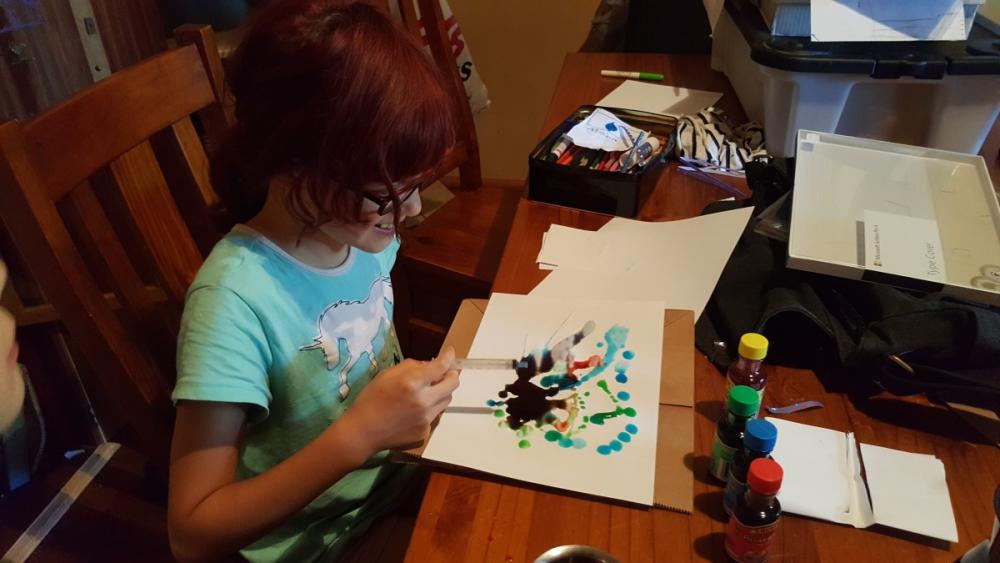 10yo had a really industrious start to the year.  The last big project that I saw was a "goo machine" with parts that can be moved.  Her younger brother tried it out after she was done testing.  We ended up with a lot of slime. Generally been pretty happy with how the year has started, just have to be careful and try to make everything fit without too much stress or burnout.