As it turned out the other 7yo's pre-soaked pea (near the green stick) hadn't "drownded", it had just been taking its sweet time sprouting. 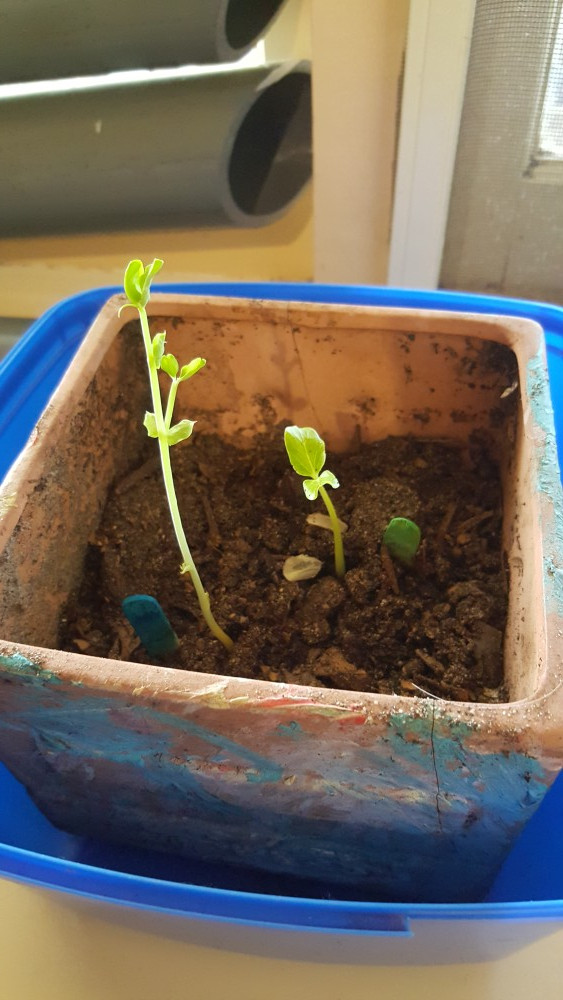 He's been doing a pretty good job of remembering to water them every few days with little to no prompting/reminding.  He also decided to do some of his iPad work with an added challenge, while "disguised" in the box he'd cut holes in to make a robot/box troll/etc kind of outfit for himself. 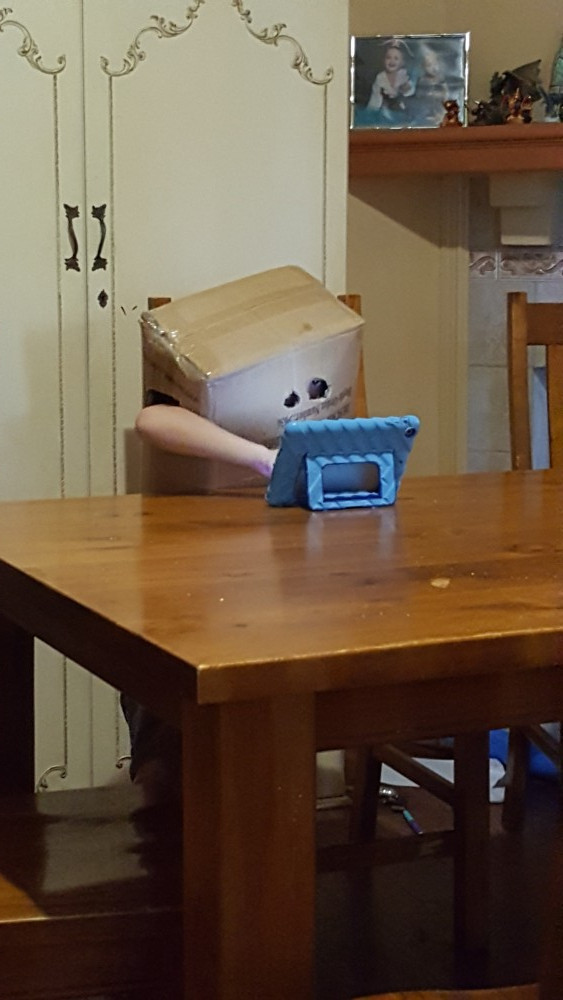 9yo and the rest of that group she was in passed their badge test and now officially level 3.  Think the entire class passed, they were split into several groups for the badge tests. 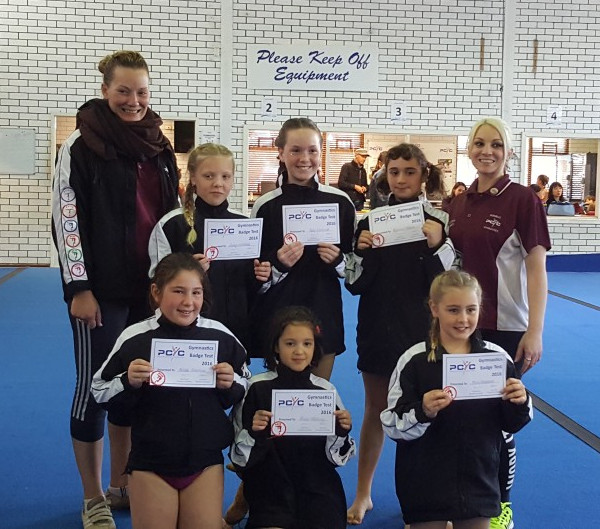 We visited the state library on an excursion organised by another homeschooler.  7yo was too young to go on the actual excursion (which he was quite irritated about) so we hung out with some friends who also had kids too young to go on the excursion.  The area in the library for younger children is quite well set up with various activity and reading areas.  7yo put on a puppet show with one of his friends. 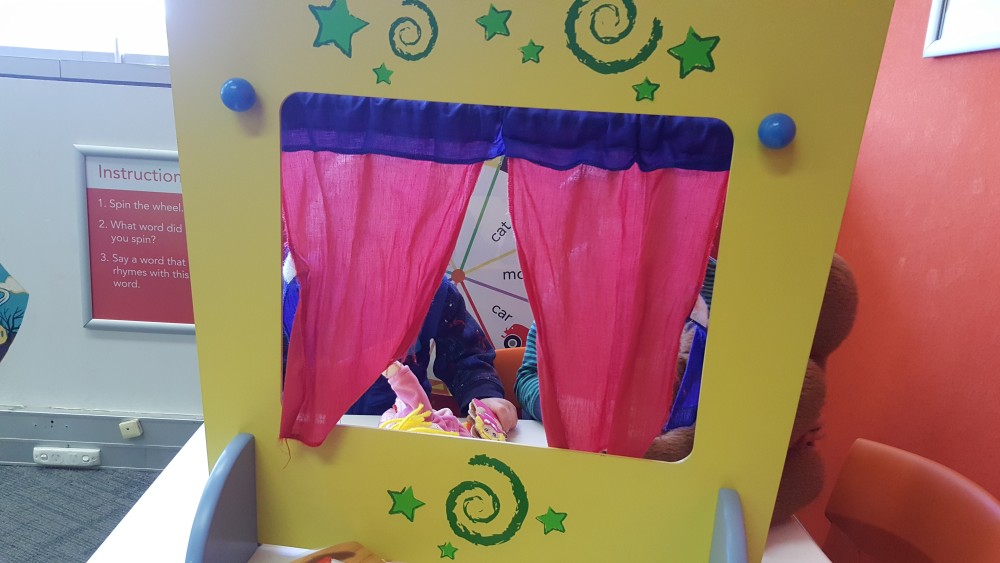 He didn't want to be read to by anyone (friend offered trying to read to him as sometimes kids like someone else doing things because new interesting person) and after doing a few of the activities on offer I ended up having to take him outside where he started playing on the sculptures.  As it turned out it was good that he hadn't gone in as one of the parent helpers who went in with the group on t he excursion said that after they'd done the library tour there was an activity conducted in a very schooly way of sit and complete this activity sheet and put up your hand to ask and answer questions which would have probably led to 7yo wreaking havoc.  The kids on the excursion played along but a few of them didn't have the highest opinion of that session afterwards.  The bigs reported that aside from that session being uninspiring, they did learn a bit from it.

We hit up SciTech quite a bit this month as the bigs were doing a longer Edison Robotics course.  9yo lost interest halfway through, 11yo completed the series.  While 11yo was in one of the last classes, 9yo decided to have another crack at the earthquake resistant towers and this time managed a 52cm one which got her on the whiteboard. 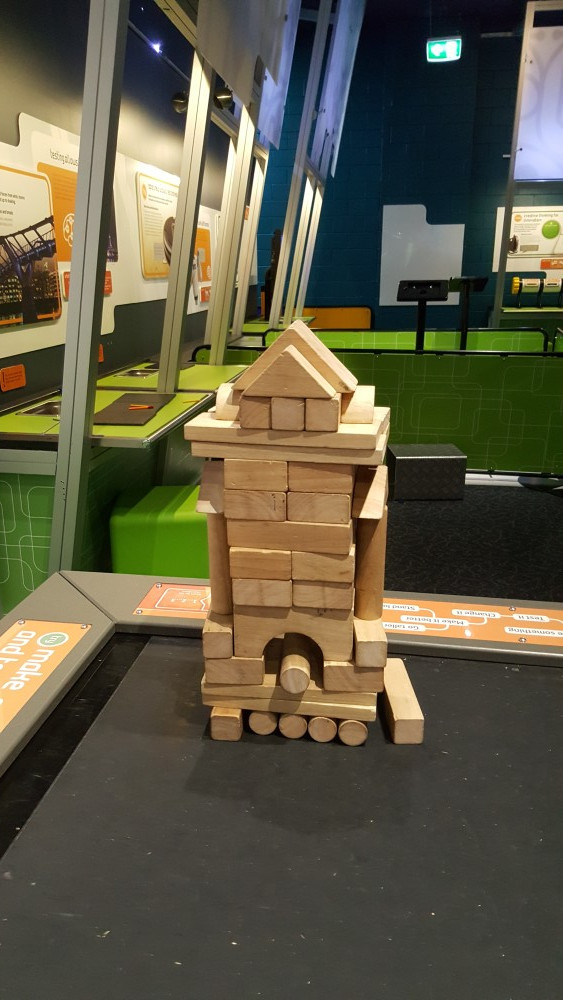 Rest of the month was mostly spent on Reading Eggs/Math Seeds (for 7yo) and combination of occasional bookwork and mostly video courses on Khan Academy for the bigs as I had a bit of work on.