7yo got one of those hatching dinosaur eggs for his birthday. 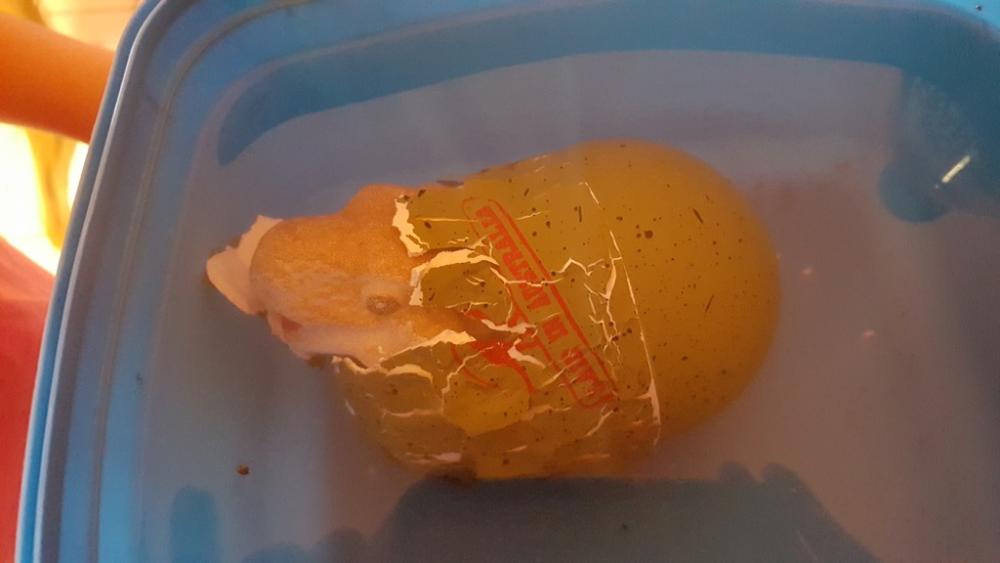 The fully "grown" thing is now sitting on his shelf with all his other dinosaurs.

I organised to meet up with JJ's family (parents, sister and her family) at Whiteman Park.  We met up at the pretty large and cool playground that had a pretty tall slide tucked into one corner: 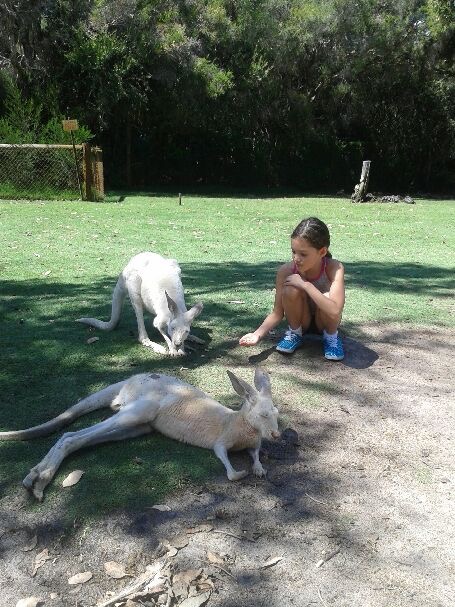 JJ's parents and the rest of us went to the transport museum.  Again it ws great to have the parents in law with us as they were able to put quite a number of things in context for the boys, such as mother in law telling them how her mother (the kids "big nanna") used to go to school on a cart, and their own memories of seeing some of the older style vehicles, school buses and hay wagons in use at various points in time.  Father in law also explained the oldschool petrol pump to 7yo who couldn't really remember the one from our Wilkinson Homestead excursion from a few years back. 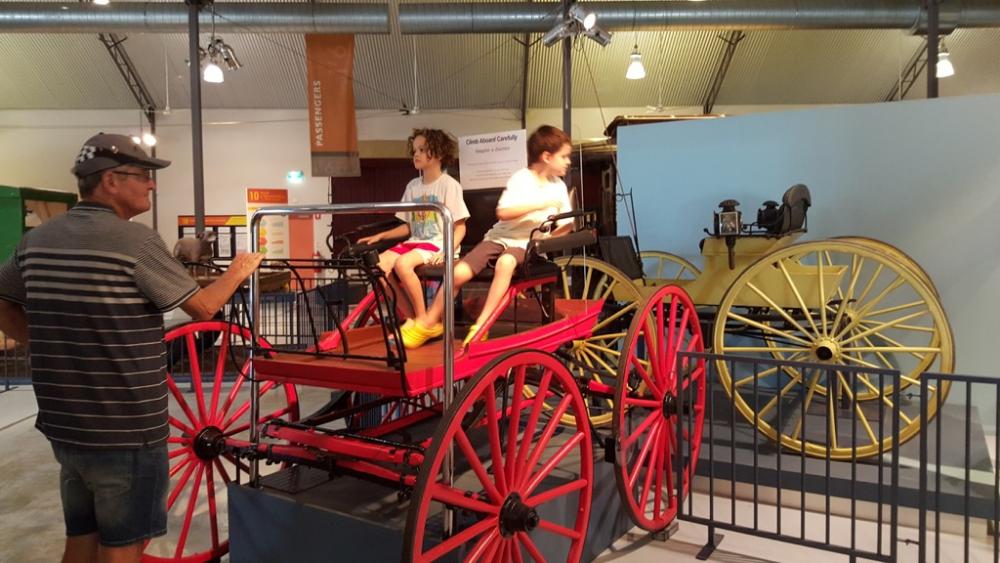 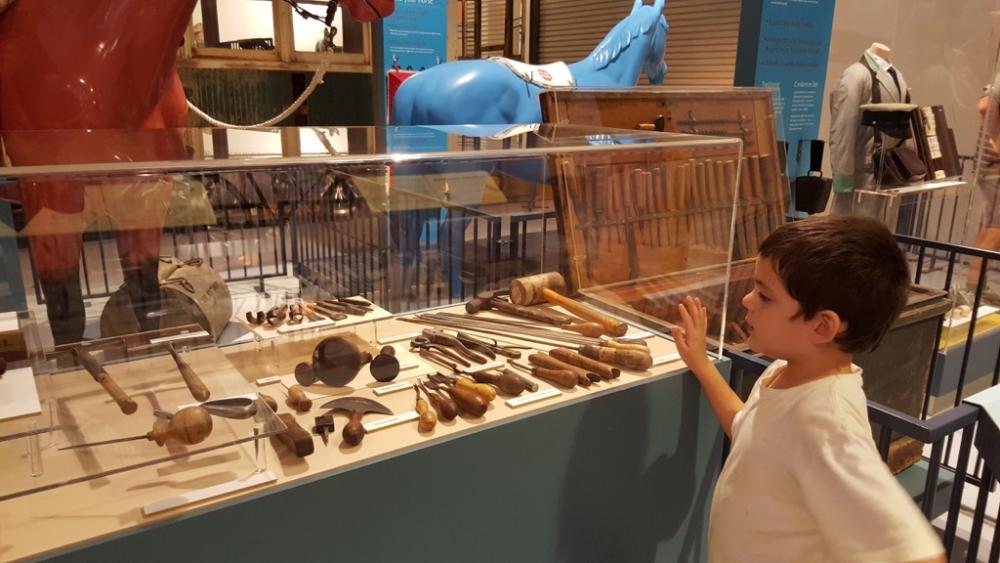 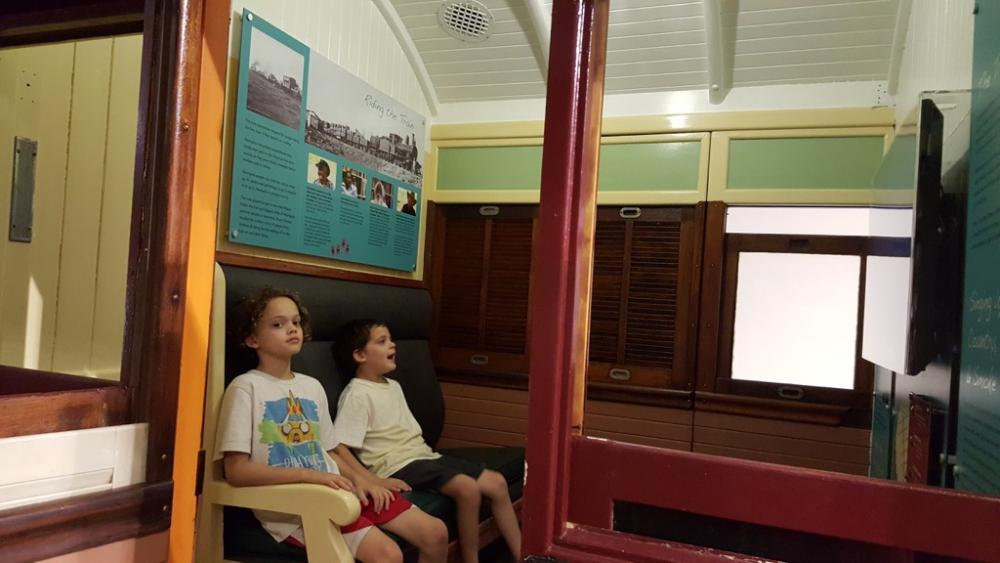 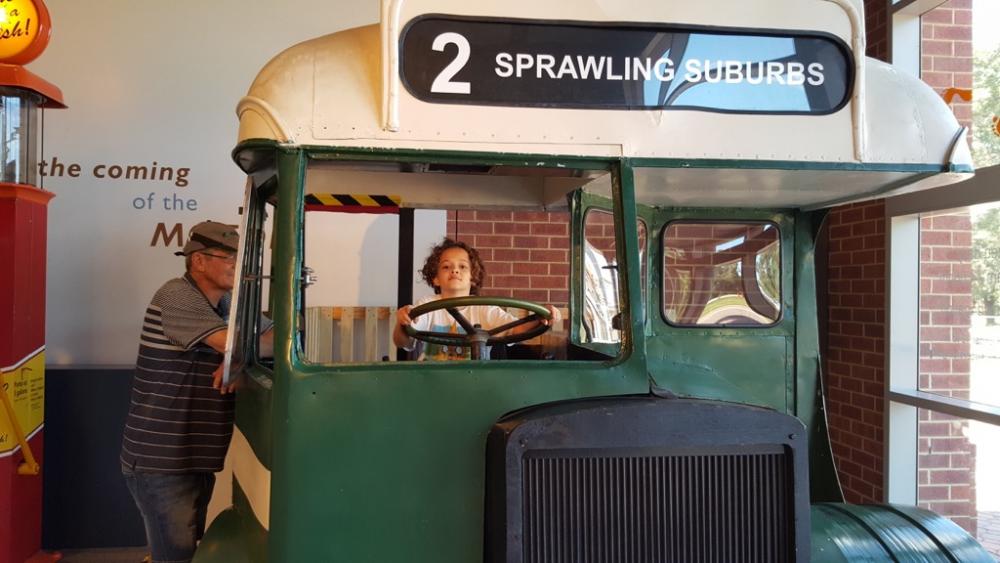 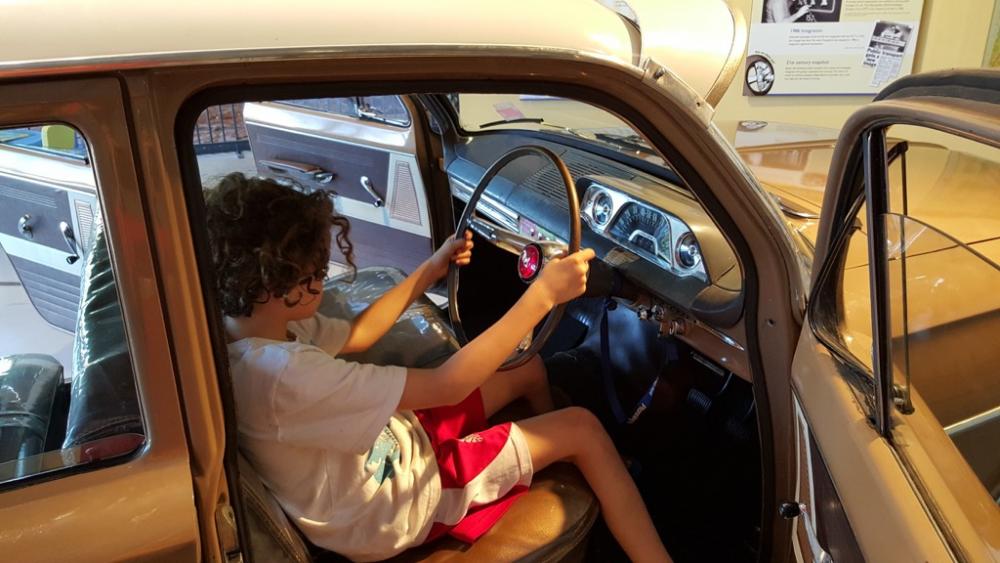 9yo decided to draw a labelled diagram of her guinea pig as something "sciencey". 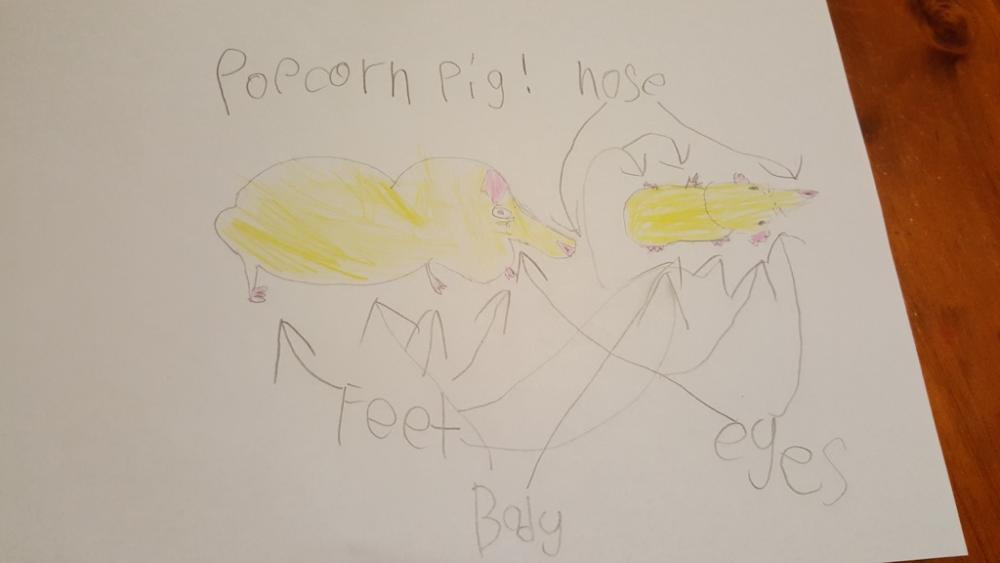 And did amusingly silly things with photos. We went on a "school group" excursion to our favourite museum to see the 100 Objects Exhibition. I'm not sure how much the kids really understood that this was almost like a once in a lifetime opportunity to see these things in person unless they were able to travel to the objects' originating museum at some point in the future.  I mostly wandered around with 7yo as he can't read and also has a need to touch things and a lot of the cases were temperature controlled, touch sensitive, alarmed or some combination thereof. 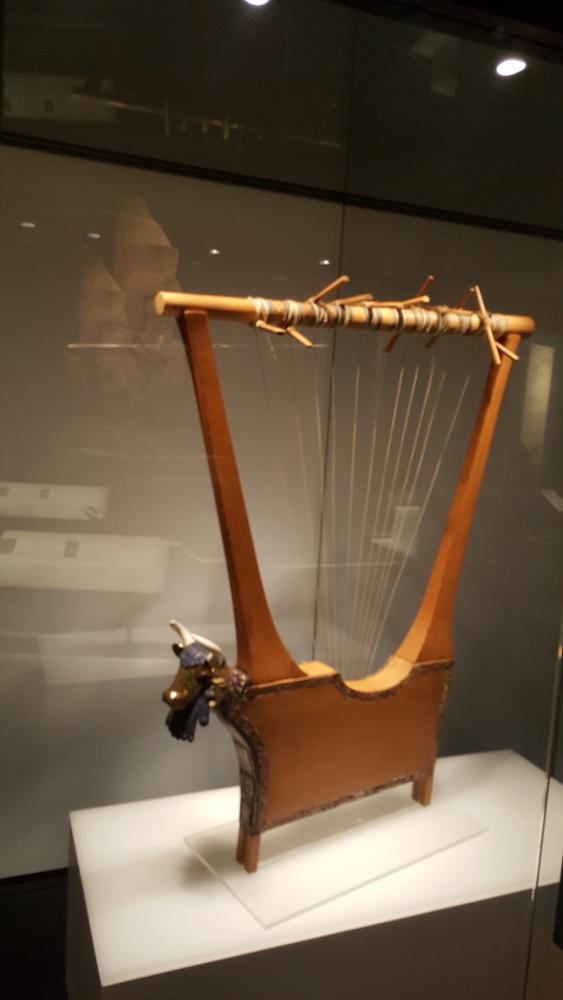 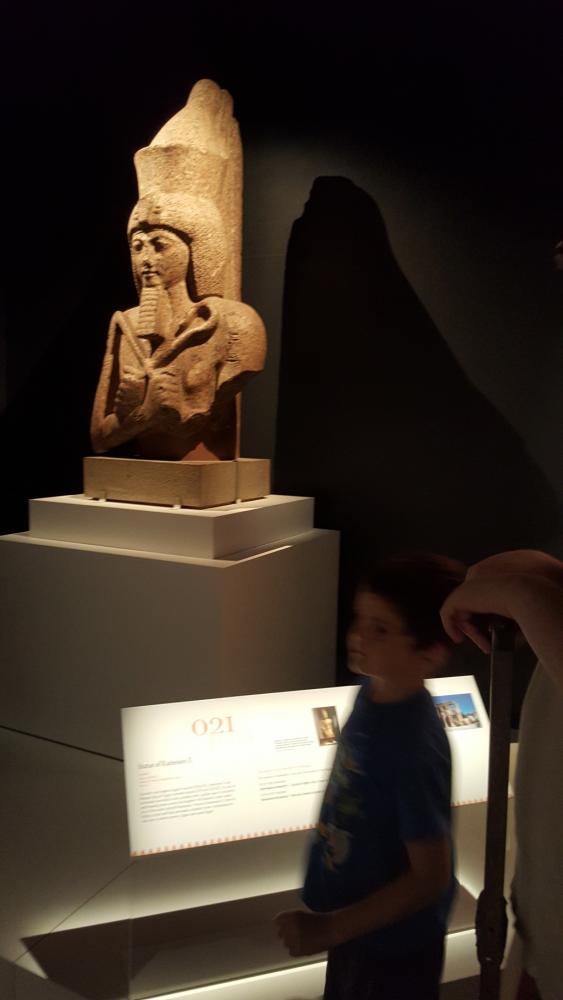 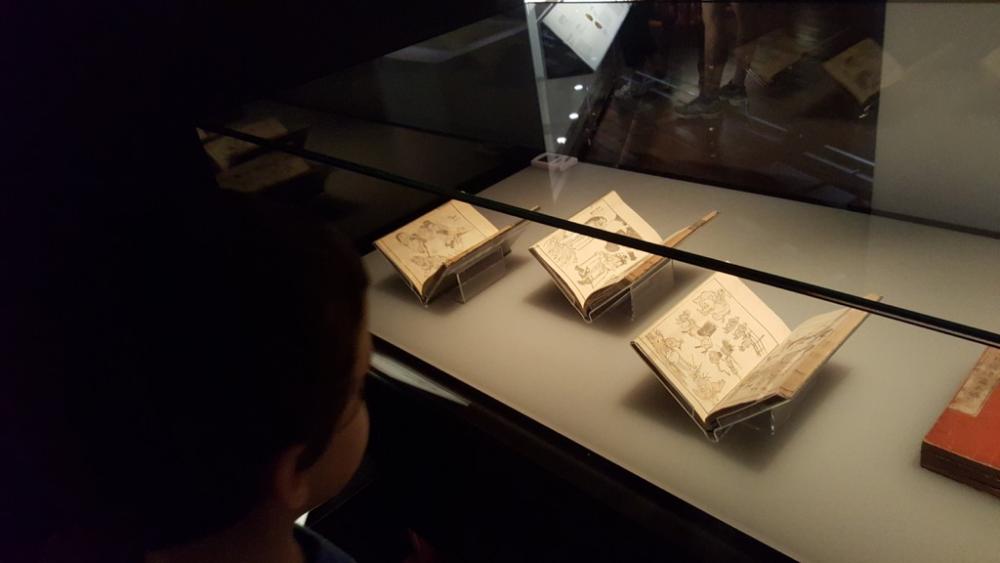 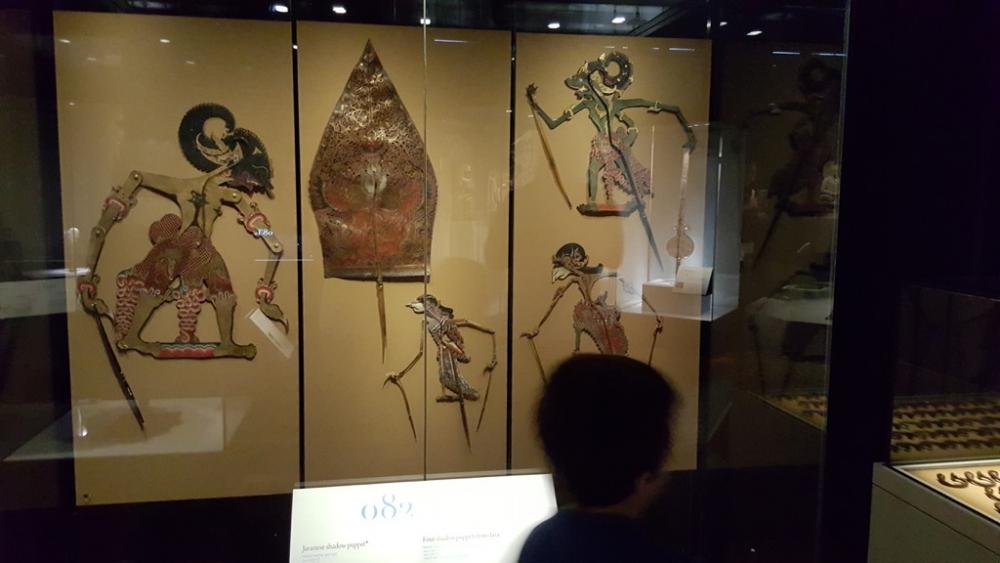 The kids were incredibly fascinated by the holographic rhinoceros.  The photo obviously doesn't show the projection.  They had a lot of fun walking around it and studying it from all angles and putting a pair of sunnies on it.  The older kids, on having it explained to them that being able to see these things was a rare opportunity so after getting the lay of the land to be able to say they had at least seen all 100 objects, they then went around a few more times to more closely inspect things they were interested in.  I in the meantime volunteered to hustle younger kids who were getting bored out and sat with them in the old entranceway waiting for everyone else to come out.

After another eye test it was determined that 9yo needed glasses.  She wears them when she feels a need for them.  Of the colour choices for the cases she chose a bright green one with a red interior as it looked like a Chompy from Skylanders.  I need to get some pipe cleaners and googly eyes so she can finish it. On one of the trips to the beach up near a friend's place, we all collaboratively built a decent sized sand castle complete with mage tower and surrounding moat and retaining walls.  When the tide came in we battled with the retaining walls for a little while before the sea inevitably won. 11yo did some structural art, making a "campfire" in the yard. 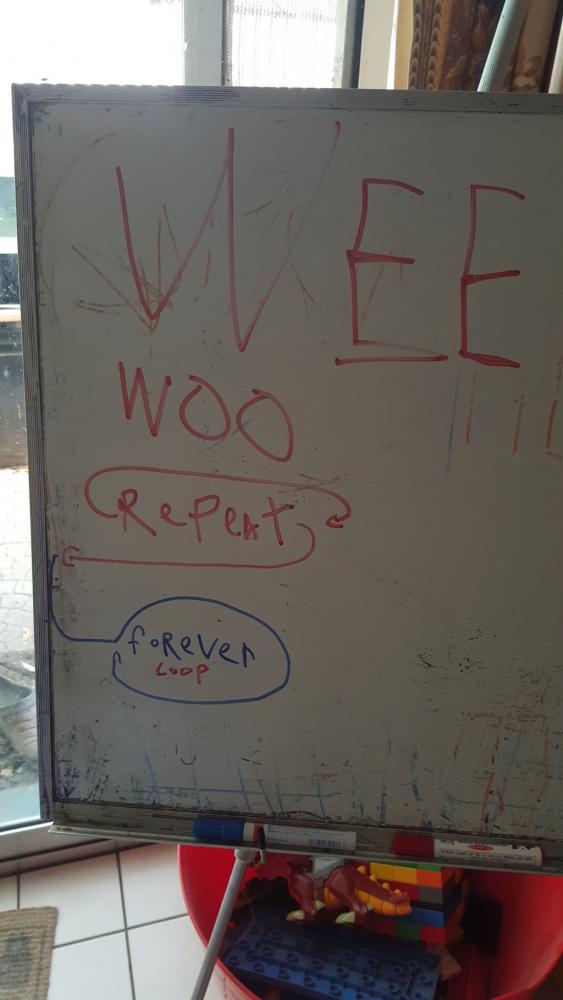 There was a hike to Lesmurdie Falls with another friend that left 9yo seriously unimpressed.  In fairness it had been a very hot day and the kids had wanted to go to the beach but JJ wanted to see if Lesmurdie Falls had any water.  The thing is probably a winter creek as there was no water whatsoever anywhere.  The bigs did read some of the informational signs on the way down but were too tired on the way up.  There was some nice scenery. We hit up a local park that we hadn't been to for a while and found a trail that led to a walk around what's usually a lake.  The kids went down to explore the mud flat. We had brief discussions of the different types of vegetation and rocks in the area and what actions caused the mud and some of the dried up vegetable matter to appear the way they did.  We also discovered mushrooms in the park and discussed what they require to grow and made up a lot of stories about mycelium patches taking over the world.