Fallen a bit behind on the regular homeschool blogging! I actually started this one in early December but didn't quite get around to finishing it so here it is now.

We started playing Ingress (we're Resistance) and have so far discovered a myriad of portals in familiar places and three new parks.  One of next year's goals is to try to go visit a new area at least once a week.  We also met up with a bunch of local players at Pioneer Park and they gave us stuff, and 10yo gave one of them a Jarvis virus that he'd managed to pick up from one of the green portals we'd hacked.  We've been doing a lot more walking as a result which is a nice bonus as we do quite a few activities already.

One of them was a familiar one at Frye Park in Kelmscott.  The kids had been to it once before and we revisited it as there were some portals there, and met up with some friends. 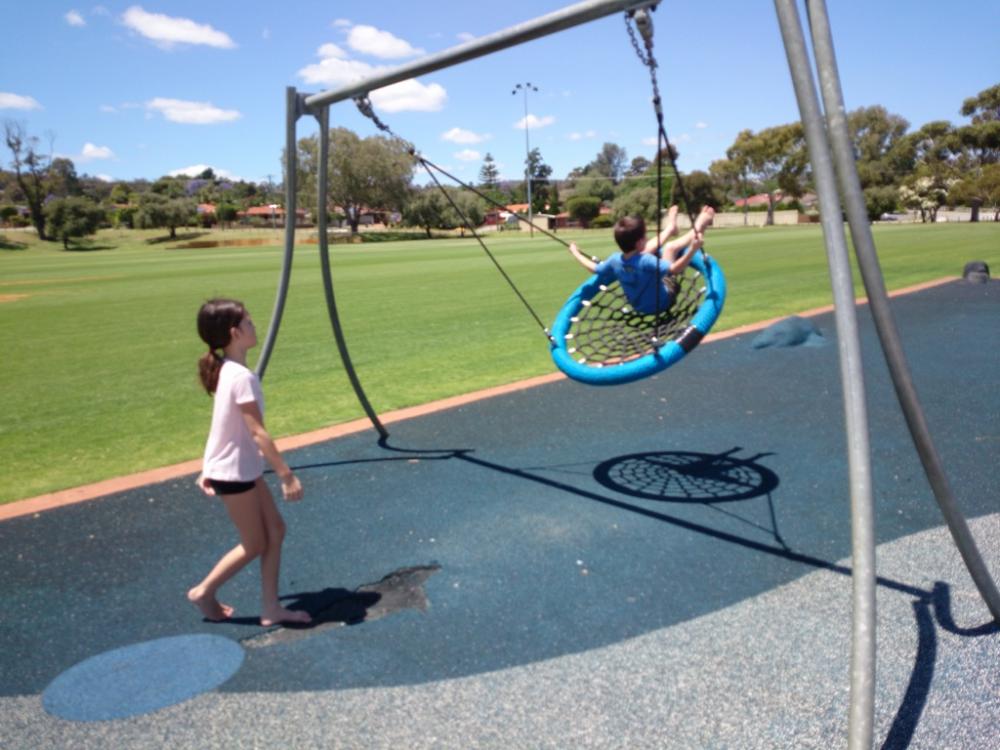 The older kids got bored of the playground pretty quickly as it was more geared towards younger children so we moved up the road to Fancote Park (also full of portals) where the two 10yo boys started walking round and round and round the castle talking their way through a roleplaying game, the 12yo, 8yo and 6yo played on the grass and didn't really play in the playground as the shade sails weren't up and it was a bit warm out from under the trees.

We also had another clutch of chicks. 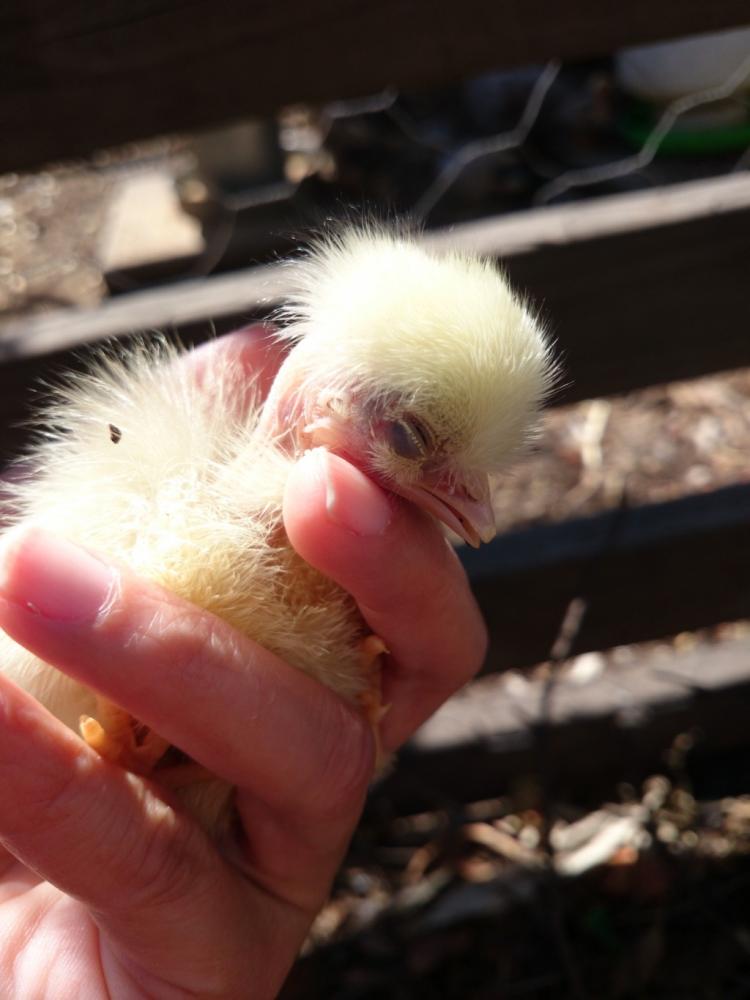 The one pictured above isn't dead, it's just tired after having toddled off from its mother and working itself into a frenzy because it lost sight of her. 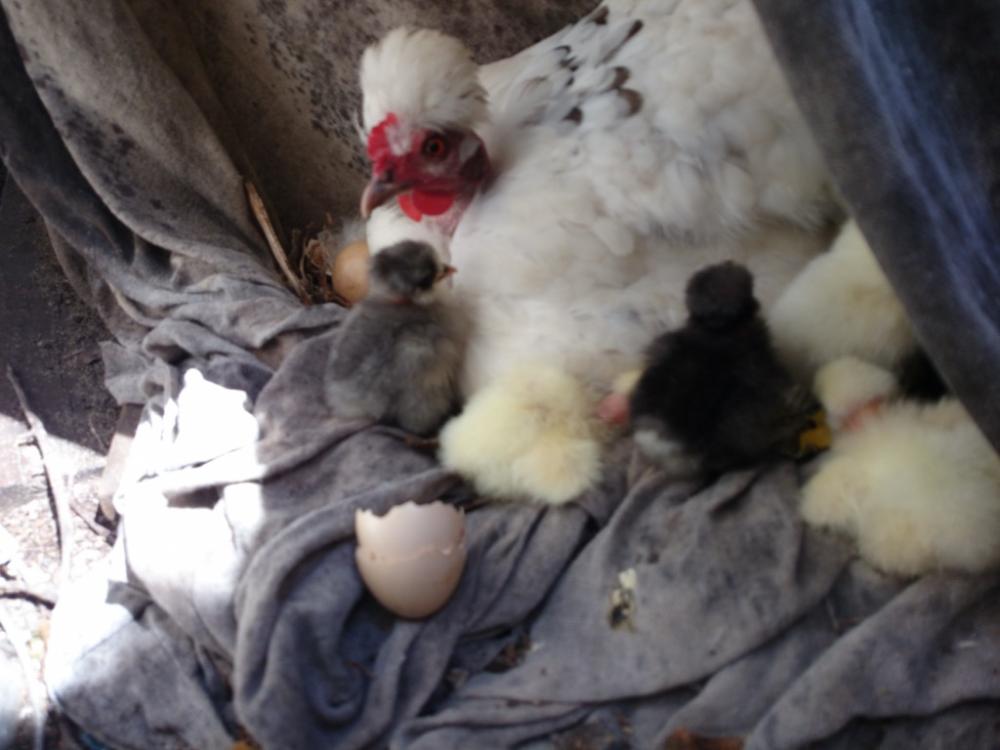 We hit up the Sixty Foot Falls trail without the dogs this time as JJ is permanently worried that one of them will go flying off the path and drag whoever is attached to the lead at the time with them.  The kids brought their tablets so they could photograph interesting things.  9yo took a lot of flower photos and reminded me that she wanted a blog to post these things on.  Told her I'd set one up for them when I was done with the current gig.  At this rate I think I'll just spin up sites with the default skins for them and let them find their own or learn. 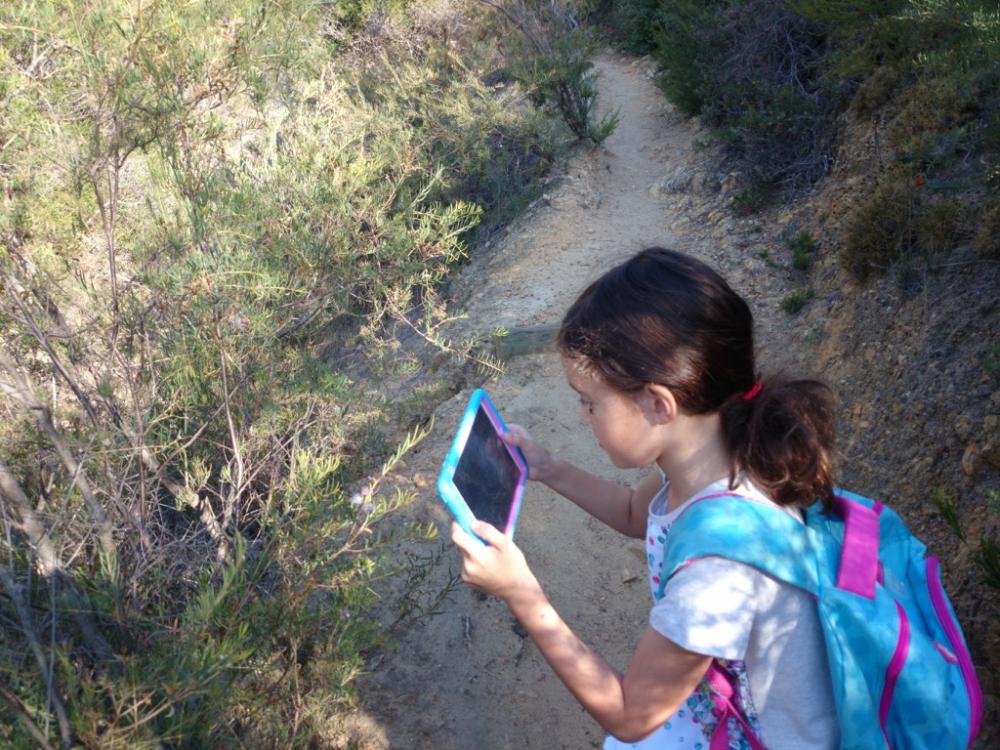 The boys had their gymnastics badge test/competition.  Both for their level 1 badges and are now into level 2.  10yo also managed to get first in parallel bars and placed in a couple of other apparatuses.  6yo was upset as he didn't do very well on the competition side.  Was a nice hard lesson for him as he is actually better than 10yo and I had been telling him that he had to listen and concentrate when he had much preferred trying to get attention by stuffing around.  It helped a bit for now in that he is actually paying attention and not stuffing around so much. 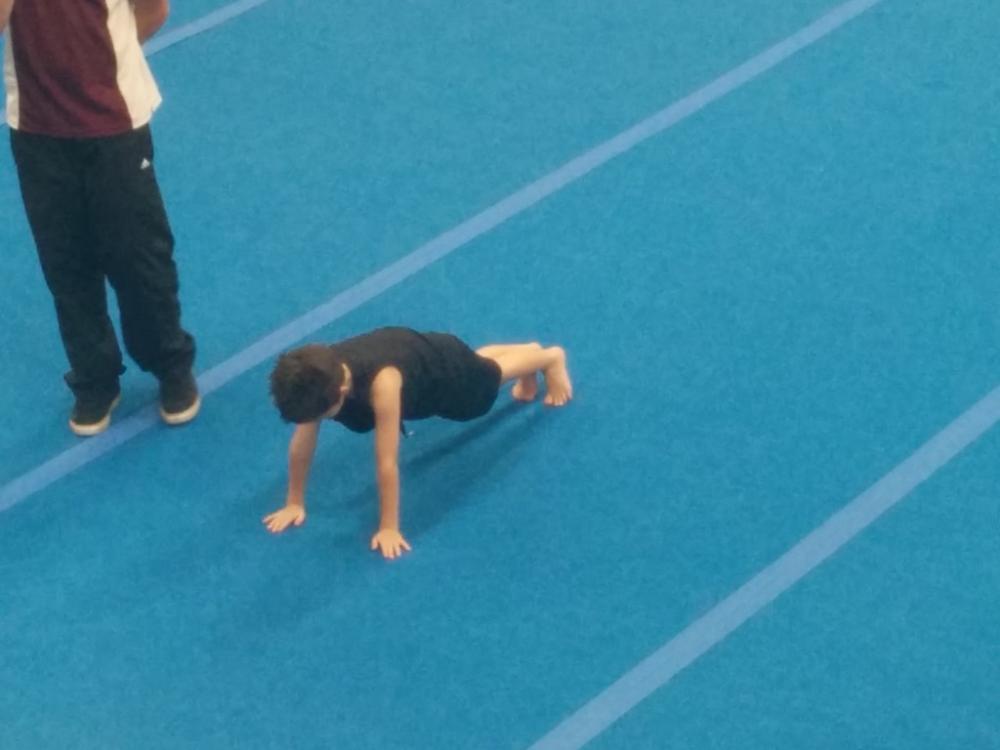 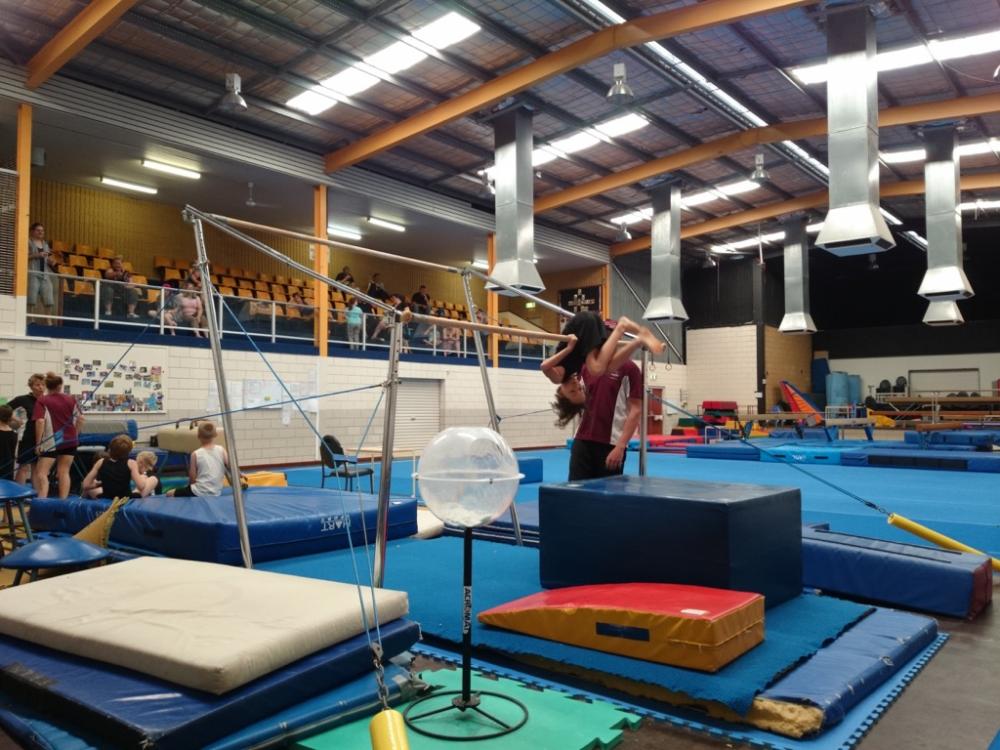 We did one of our semi-frequent trips to the zoo so the kids could practice some research skills (we're getting a lot of note taking and resource collecting done, now if only they would be interested enough to actually organise and present it sometime!).  10yo had fun reading and pointing out things to 6yo and generally playing tour guide. 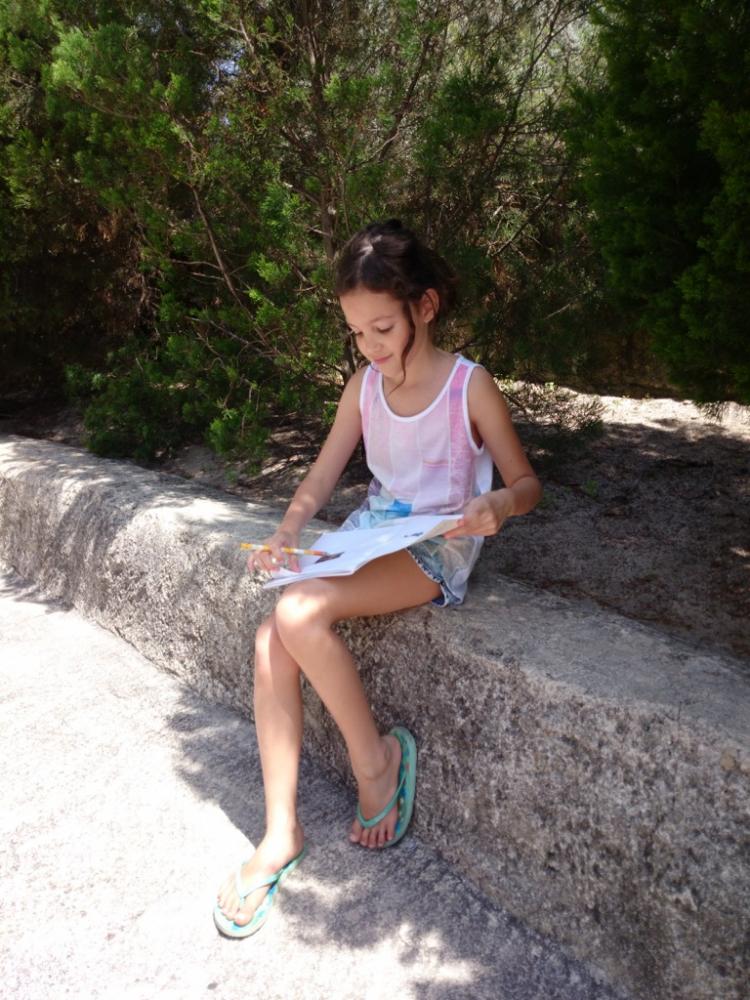 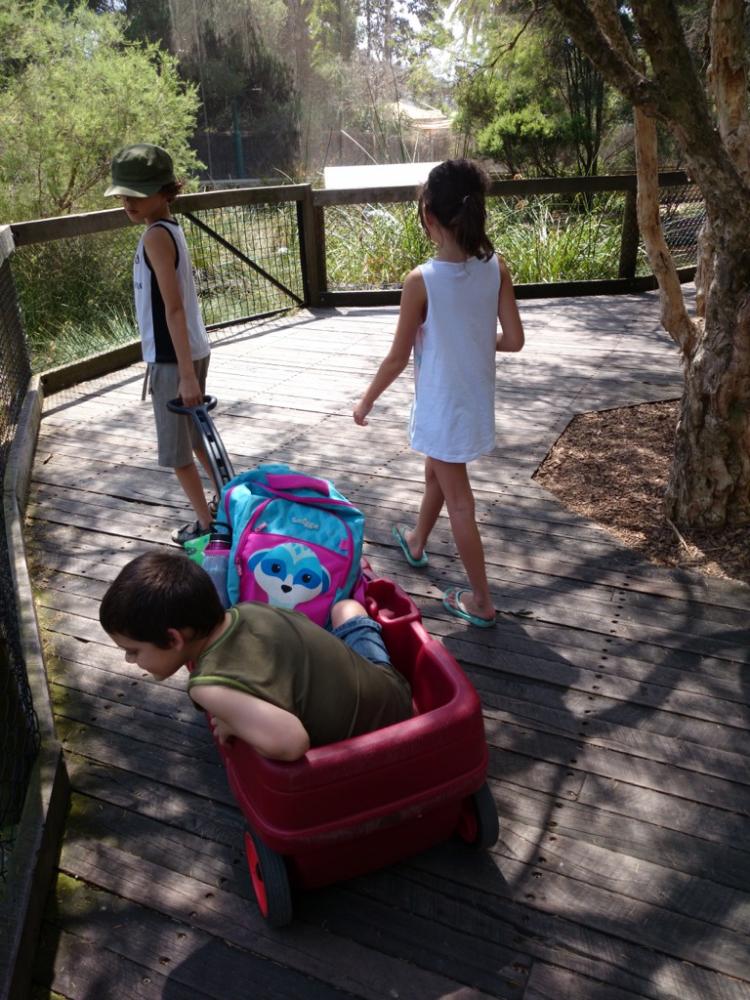 Some alien pods also sprouted.  This is an artichoke flower. 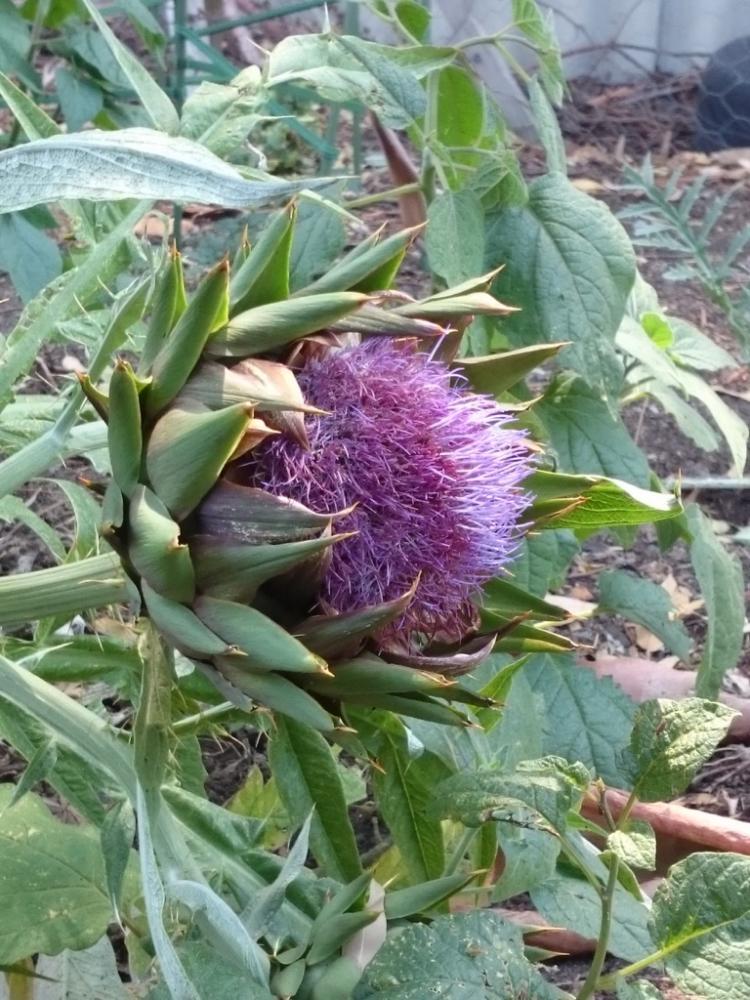