I can't remember how I came about my original calculations but I worked out that a 1.8m tall (because that's how tall my base model is, no other real reason) Avian should have a 10-12m wingspan.  Because I didn't want to make the wing arms too big (because heavy plus looked stupid past a certain point) I managed to end up with 3m long primaries. 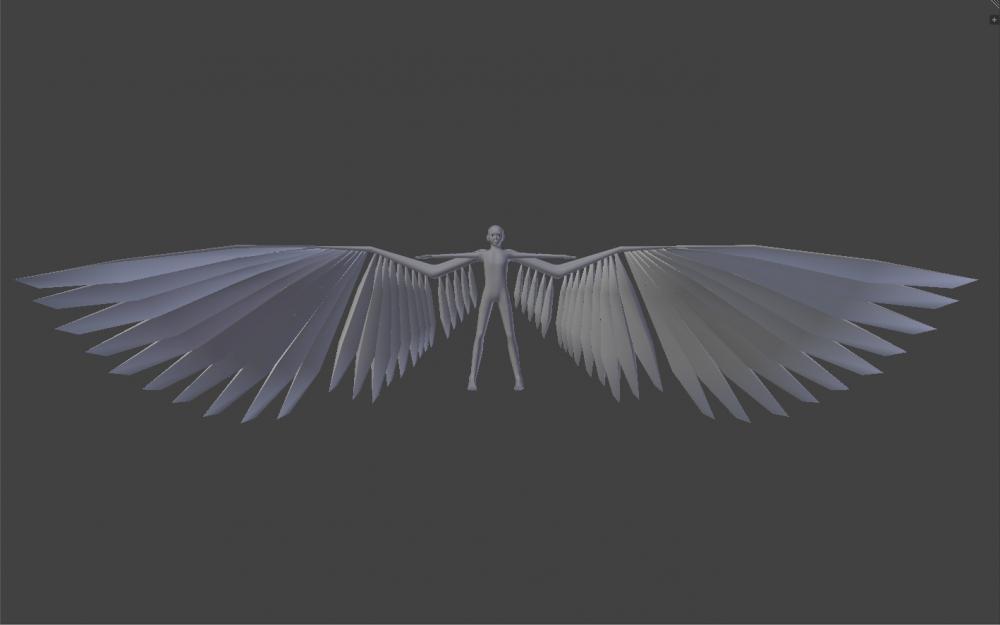 For comparative purposes one with a 7m wingspan (made the wing arms longer but used the feathers I'd done originally, didn't zoom in for size comparison): 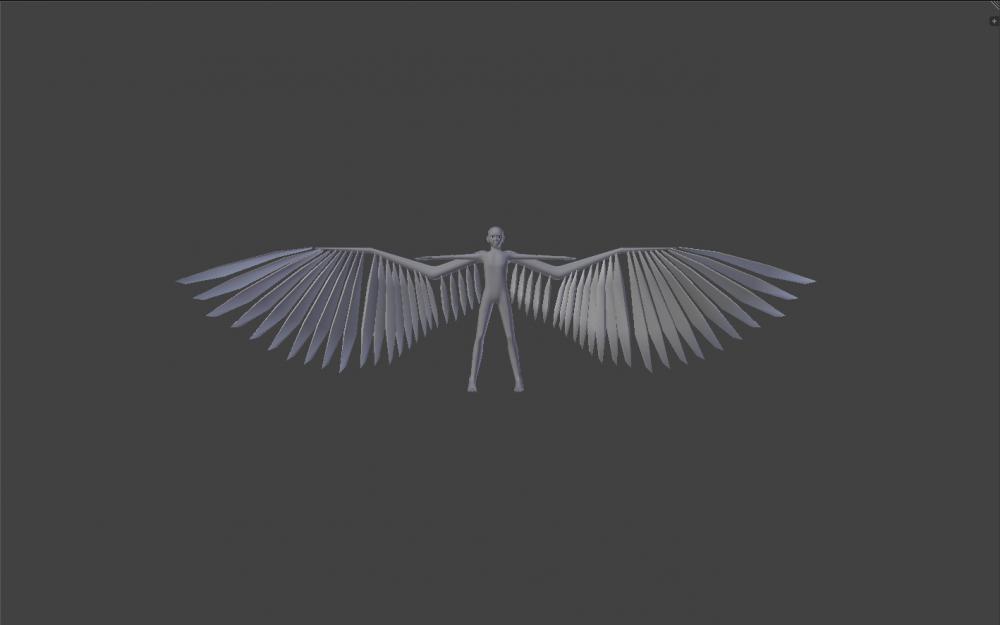 And the original 5m one where I eyeballed the size of everything and thought that looked about right (it does also have much shorter arms): 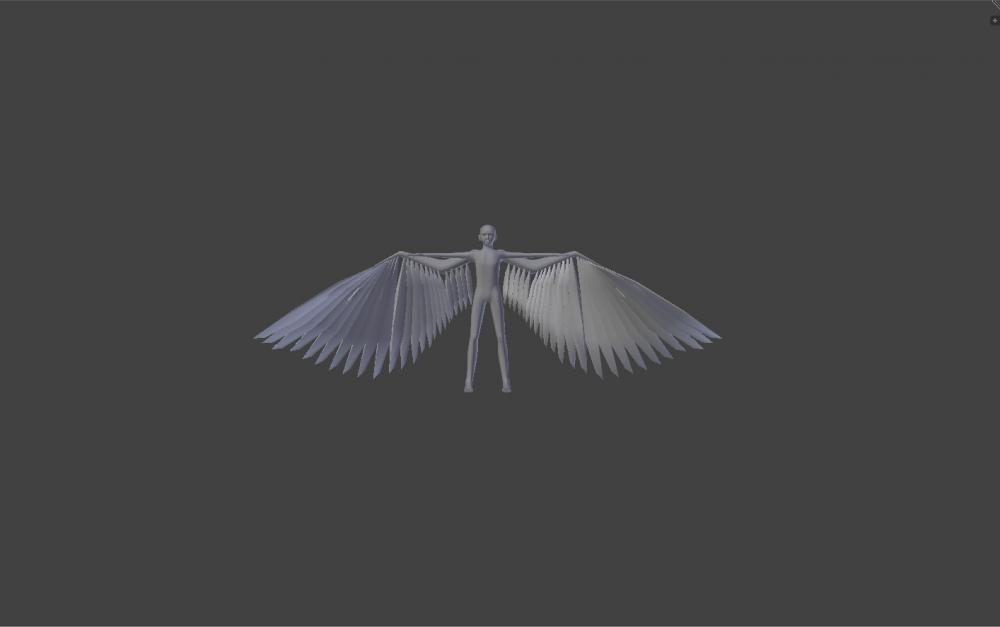 Sitting and thinking about this one for a bit, especially as the Dragonkin model is going to be 2m tall with a possible 15m wingspan, and said wingspans were much easier to talk about and fudge when I was drawing them.  Collecting opinions in the meantime!