The good thing about drawing is that you can blithely say that your character has a 20m wingspan and still draw them folded up neatly against their backs in the pose everyone expects, which is something similar to my short-armed redo which had a roughly 5m wingspan: 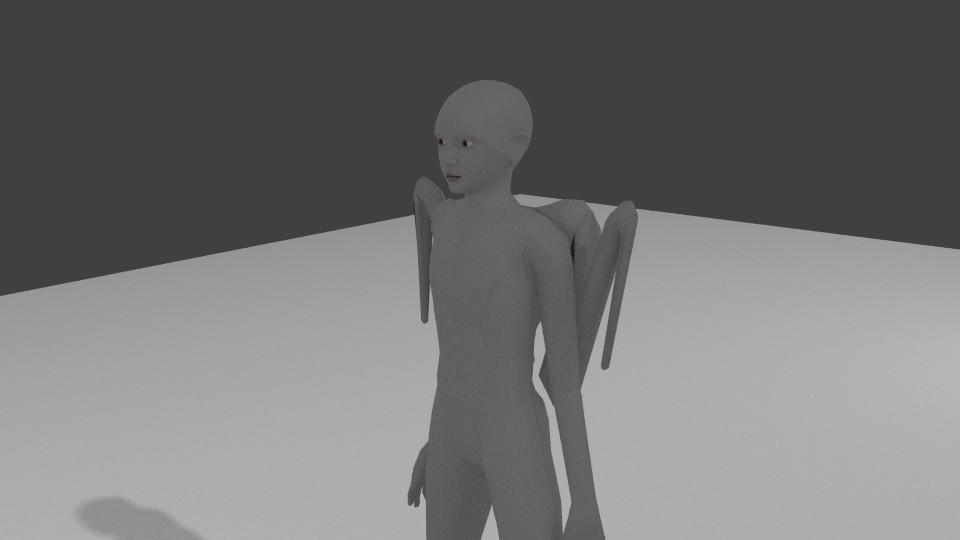 Unfortunately it doesn't work as well in 3d! After getting the opinions of family and friends I settled on the 7m wingspan.  Quadrapop wondered how to keep the feathers off the ground, I incorrectly said I'd investigated and the 5m and 7m wingspans cleared the ground.  the 5m ones did easily due to the shortness of the arms.  the 7m ones use the same length feathers as the 5m ones but the arms are longer, and I initially folded the feathers down wrongly in my initial super quick test.  So when I actually did the proper furling morphs I ran into a slight problem: 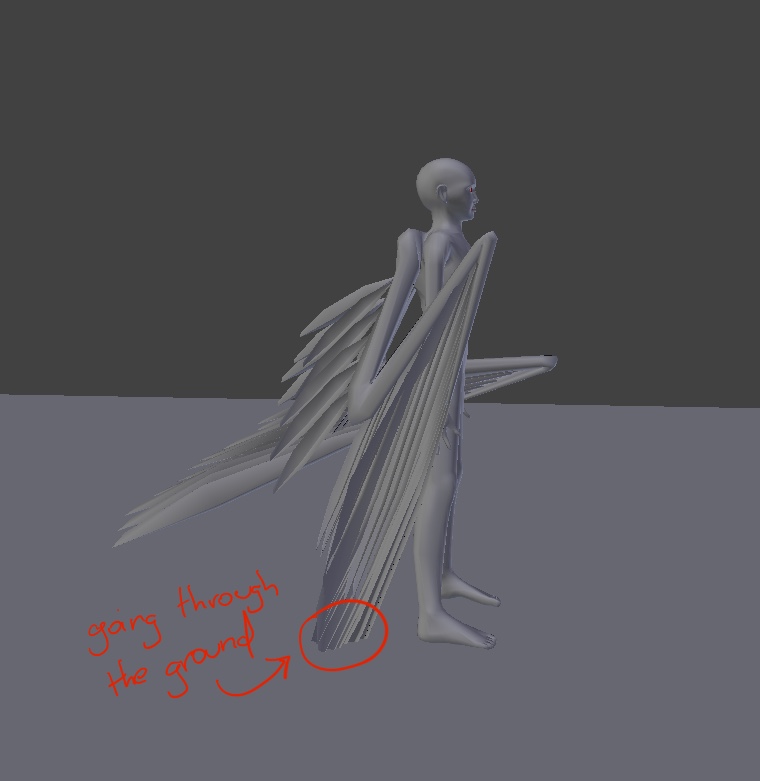 The upper wing arm is nearly as long as the normal arm and the parimaries are about two thirds the height of the model, so folding them the way they're "normally" (or perhaps canonically by every winged character ever seeing as there aren't any flying winged humans yet) folded resulted in them clipping through the ground.  They obviously wouldn't want their feathers dragging along the ground so I stuffed around with various poses for ages before finally getting stuck on hanging the upper arms down like the normal arms and just arcing the wing forearms as high and forward as I could without losing the wing tips in the ground. 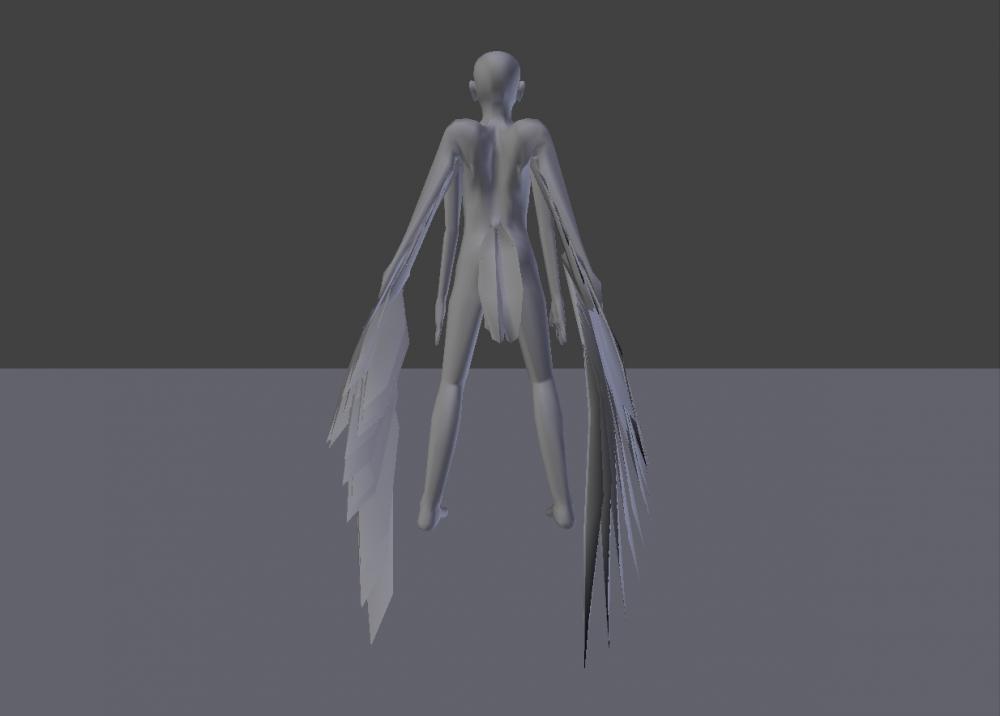 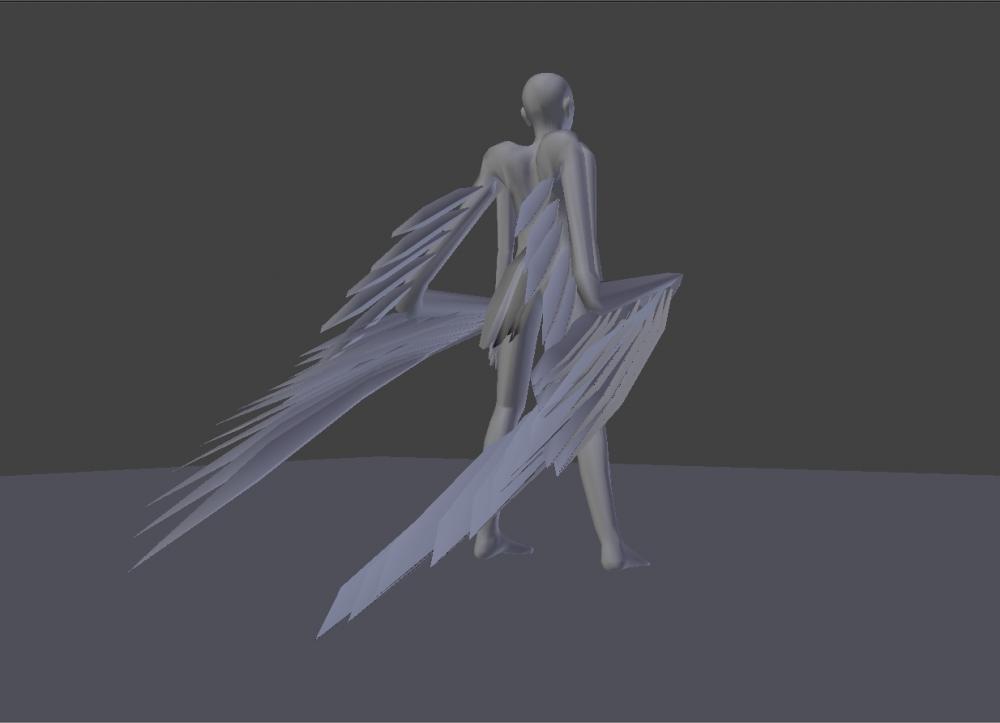 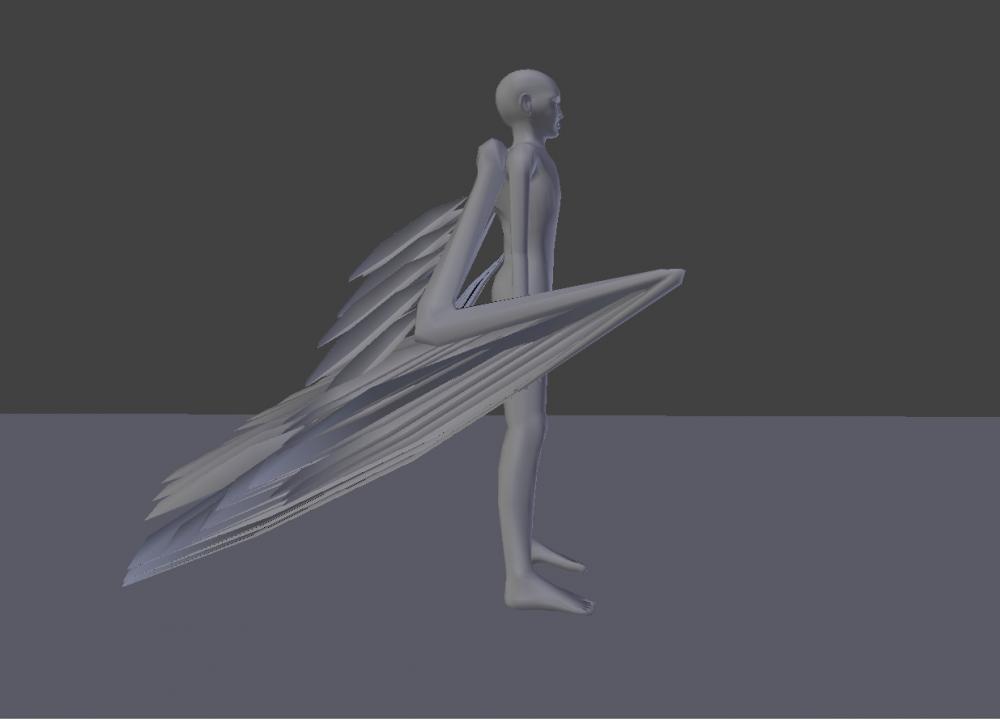 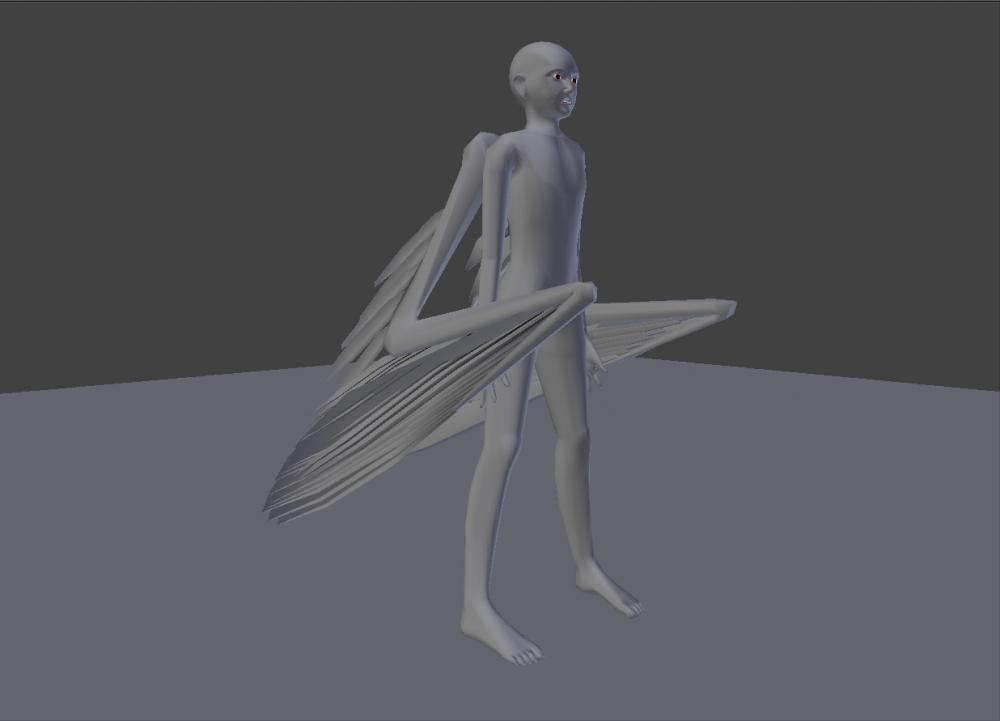 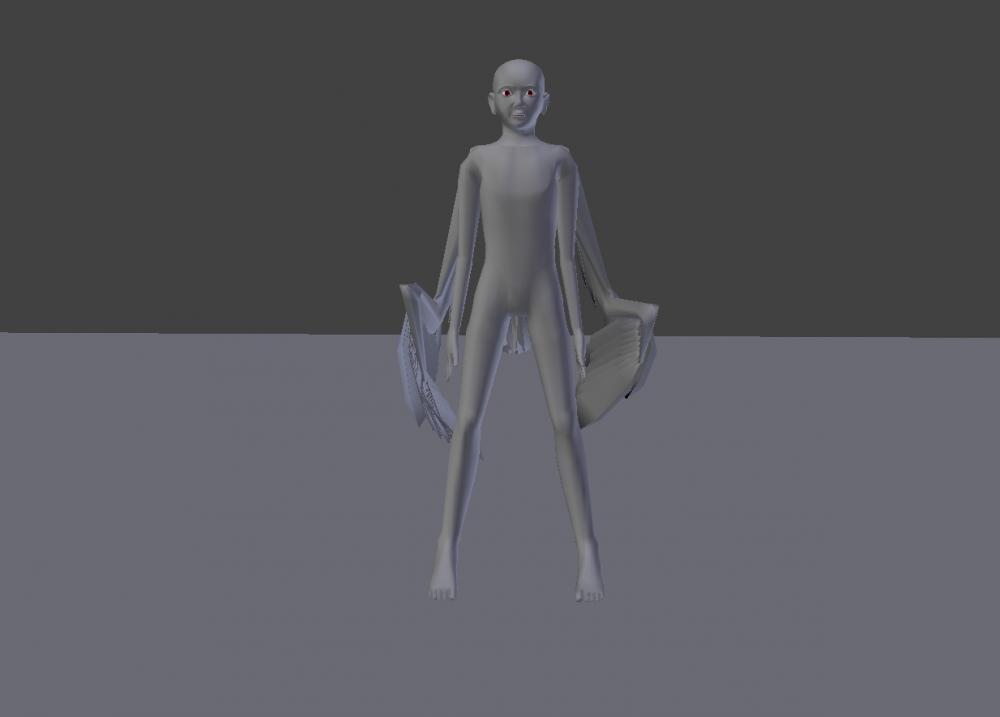 Need to make some bone drivers and maybe I'll do another rig test animation.

February ProgBlog #4: making a thing
3d-fyn work in progress shots
August ProgBlog #5: insane in the membrane
July ProgBlog #4: eternal scales
October ProgBlog #1: rig testing
June ProgBlog #4: and I would have gotten away with it too if it weren't for you meddling kids and your darned dog!
March ProgBlog #1: drama
Blender Adventures Part 5
November ProgBlog #2: little touchups