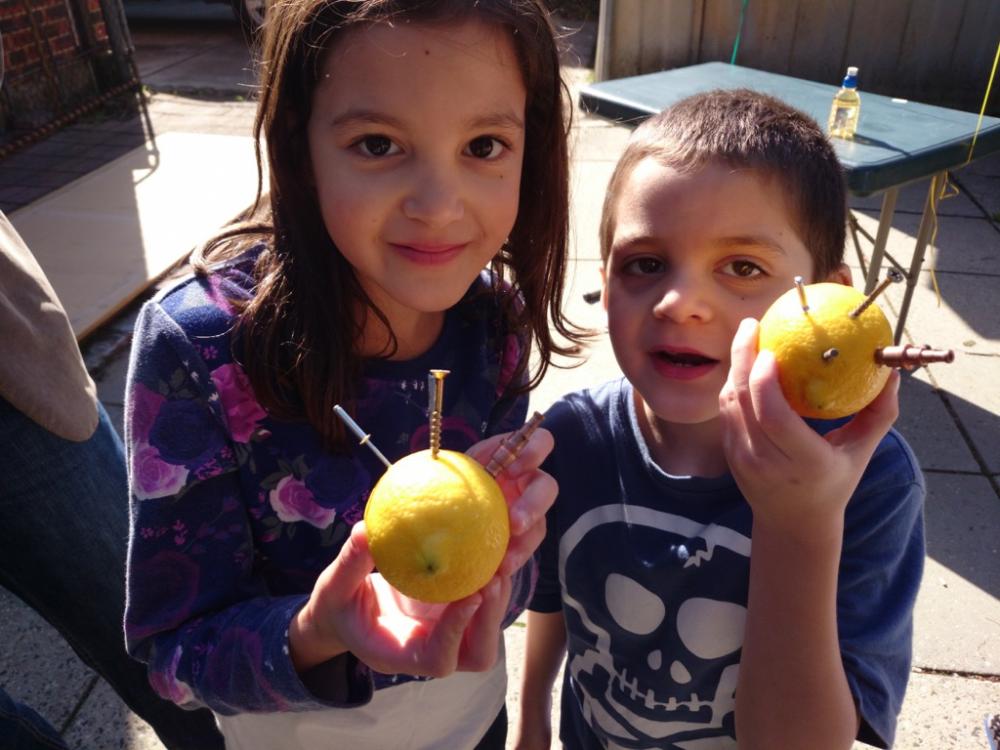 Next up was fun with dry ice, more specifically sticking in balloons that had been blown up a little bit into a bowl of the stuff and watching them expand in the bowl. 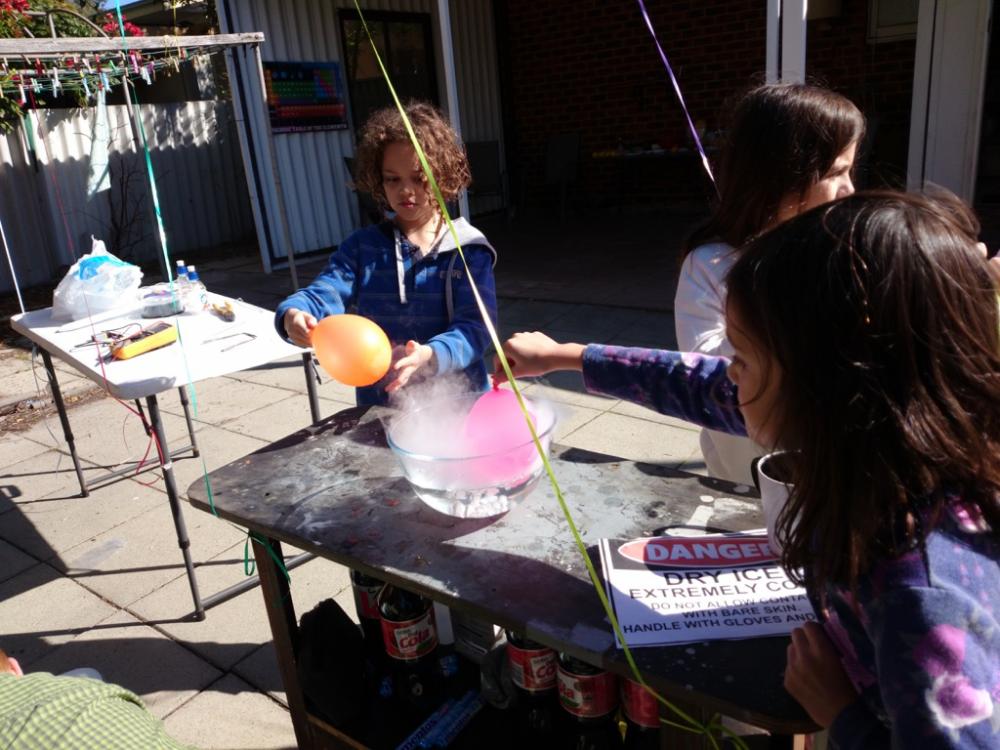 And then leaving them in a corner of the garden out of the way of where everyone was playing or conducting science experiments to eventually pop. 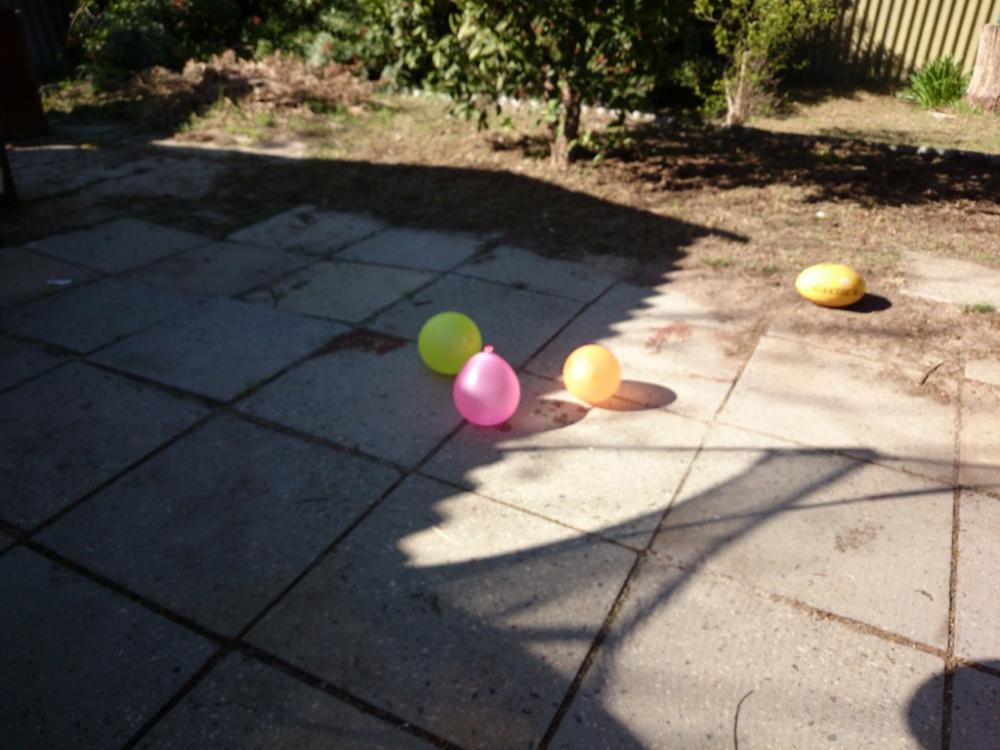 Next up were hovercrafts comprising of balloons, pop top lids and old cds. 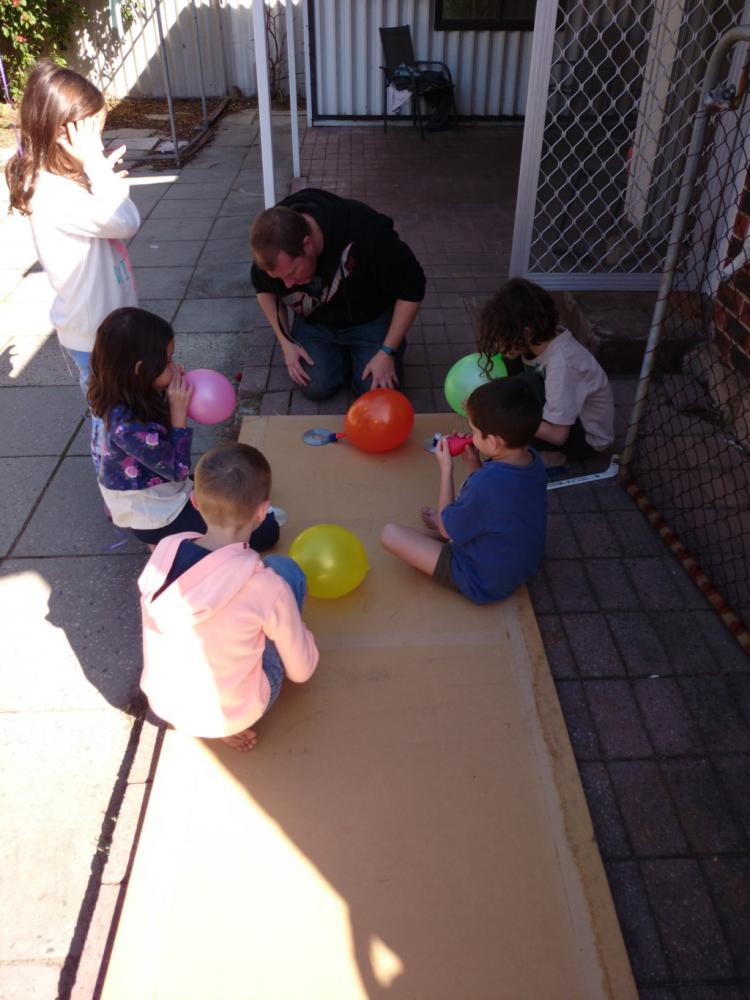 The kids had fun making the hovercrafts but unfortunately the glue didn't set quickly enough so instead of floating the cd when the air was let out of the balloon, it propelled the pop top off.  I was off doing something else during this experiment otherwise I wonder if making rockets instead would have worked, though that would have been slightly more hazardous!

Then there were lava lamps with pop top bottles: 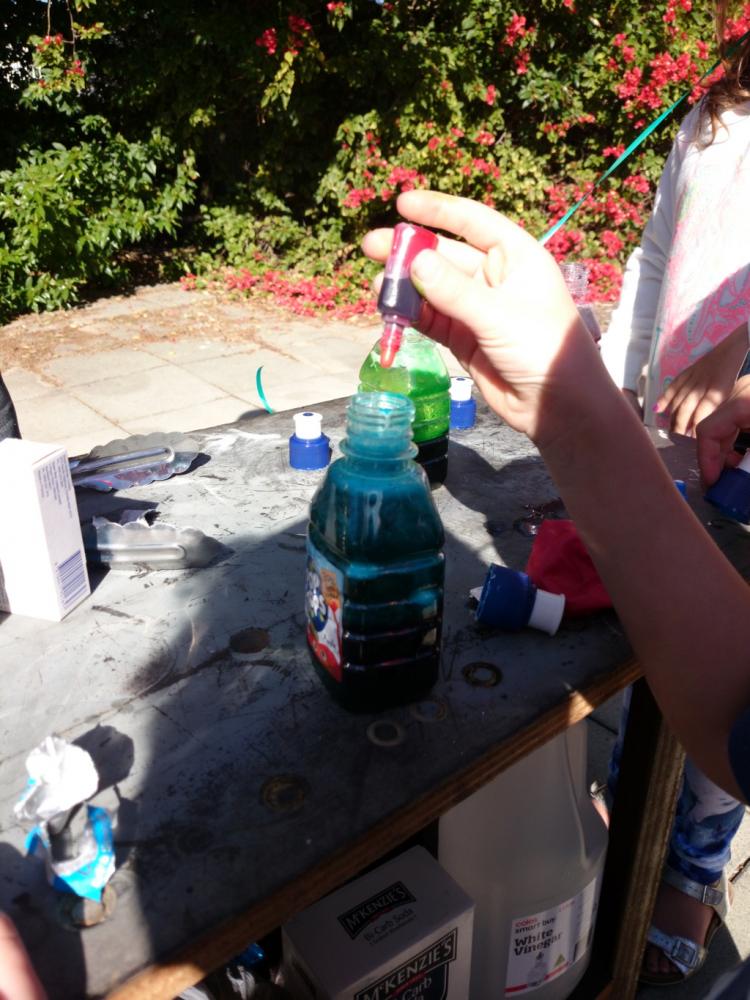 And more fun with dry ice, this time JJ's friend let the kids heap in the dry ice (with their oversized adult kitchen gloves) and a film of detergent was wiped over the top and we watched gases building up inside the bubble and how big the bubble could get before it popped. 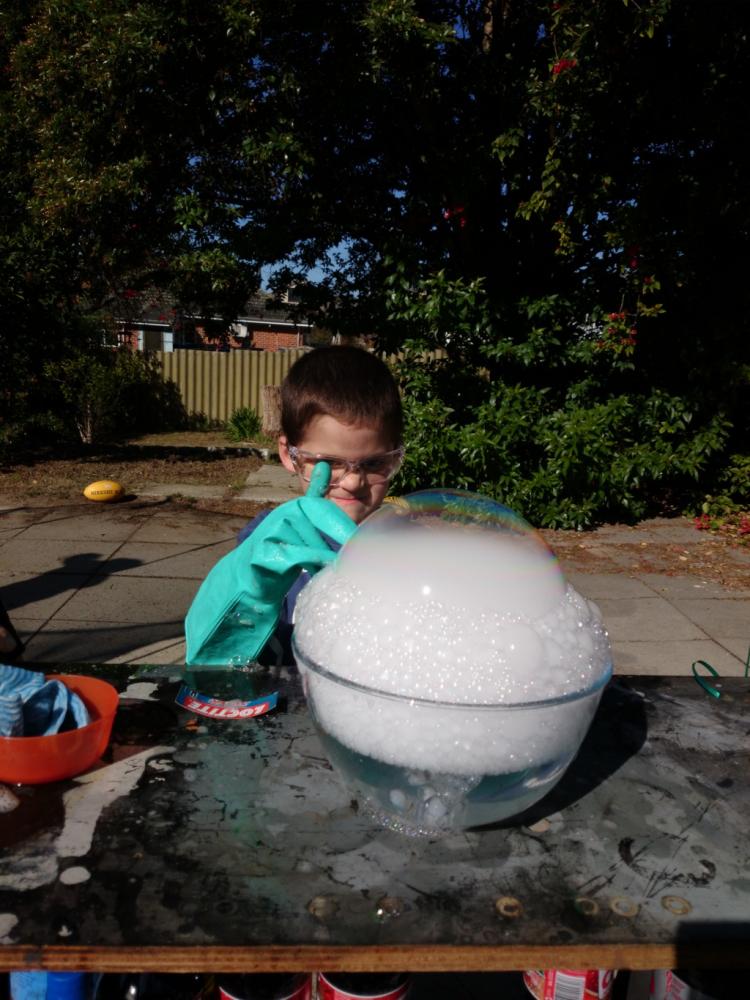 Evil scientist 6yo decided he was going to pop his before it could get big enough to pop because that's how he rolls.  The experiments ended with dropping mentos into diet cola. 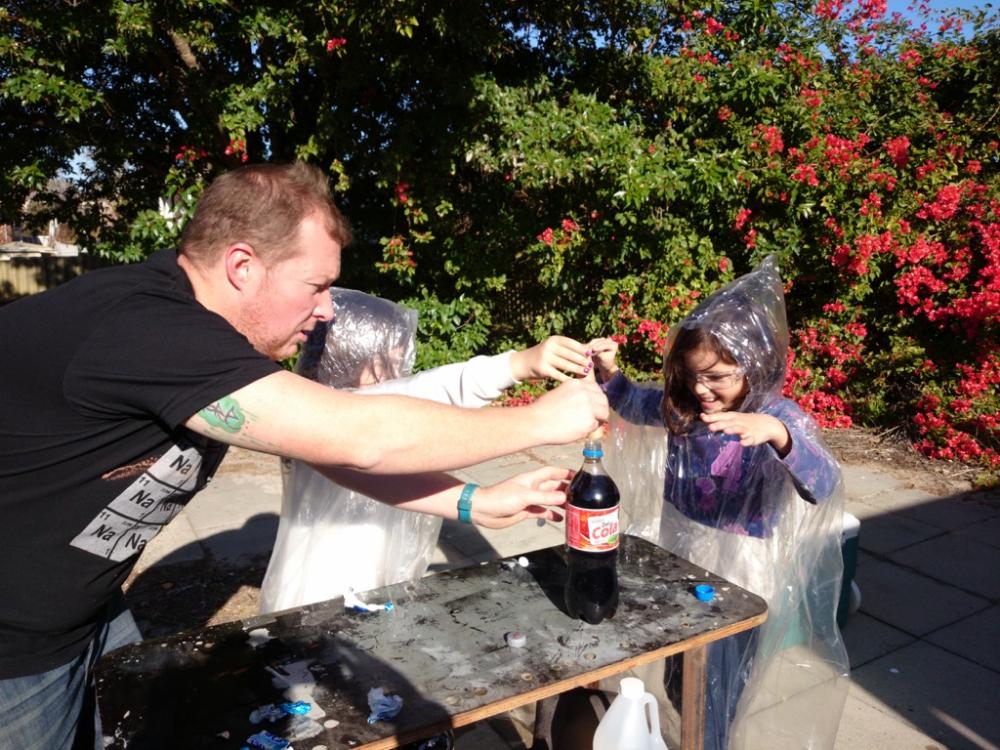 Because what else would you do with that kind of stuff other than make a huge fun mess? 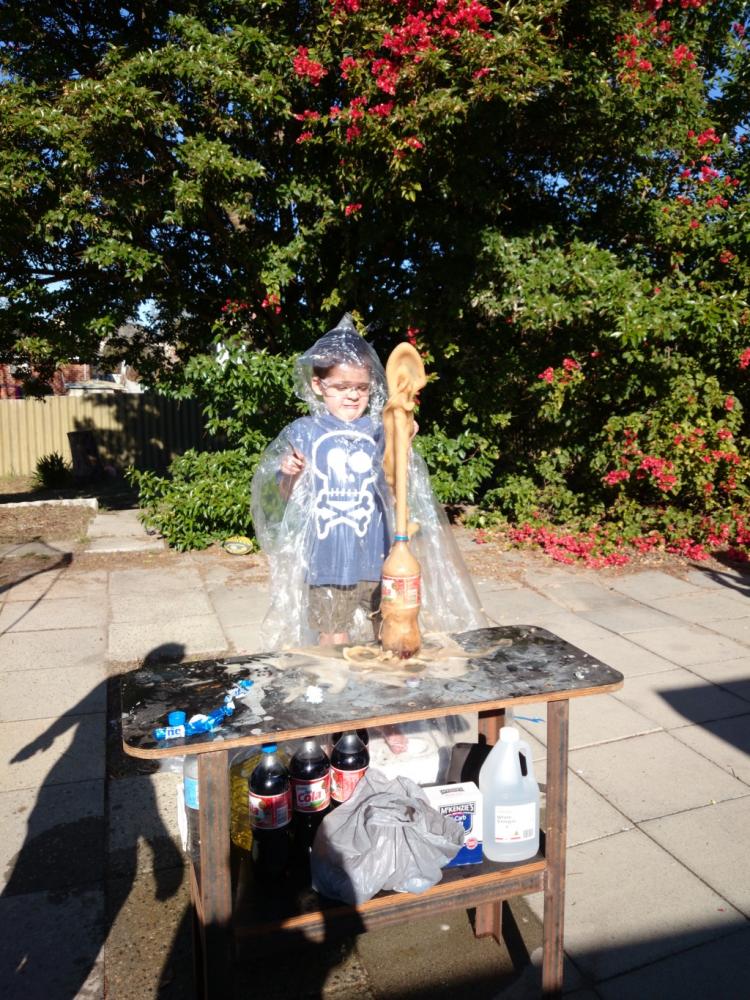 Fun was had by all and it's always a great theme for a birthday party!