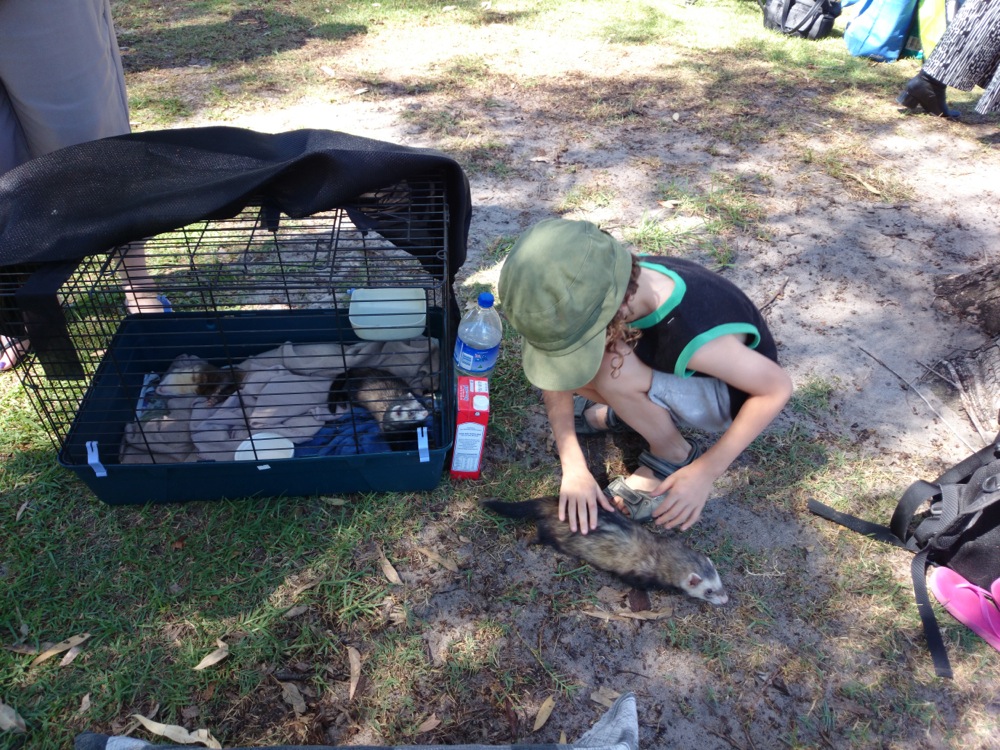 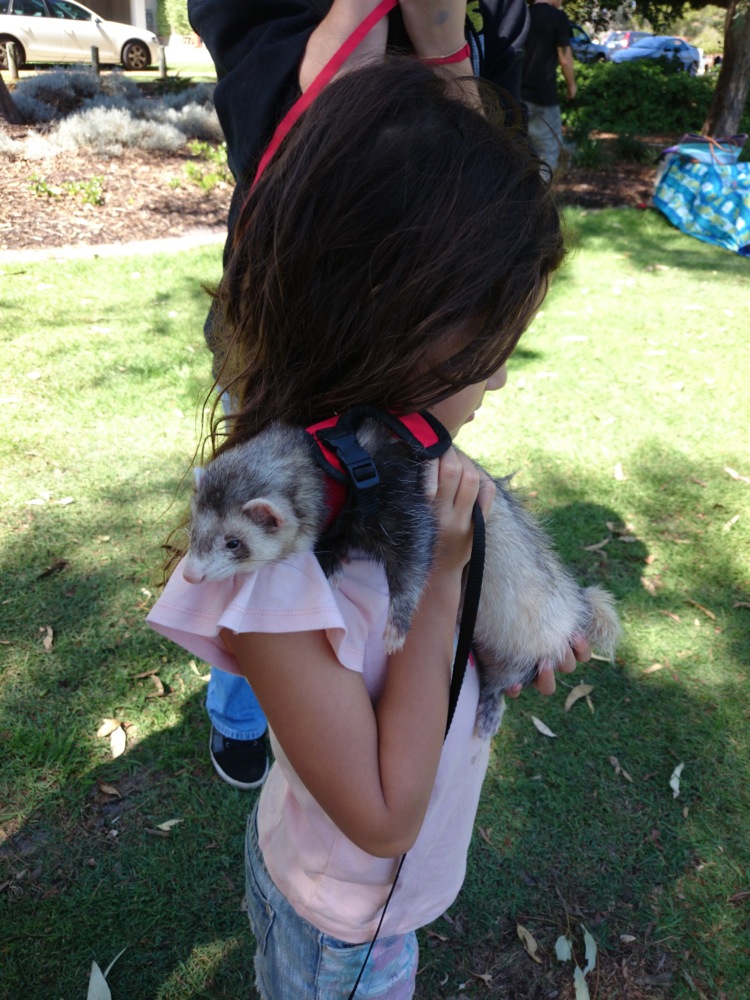 Some people there kindly let the bigs steal their ferrets for most of the session and they had a blast.  They want their own ferrets now, though I'm trying to encourage them to get their own.  8yo is unsure as she really wants one but is a little nervous about getting bitten after getting bitten by my aunty's new very playful puppy.  She is quite sure she wants a pony.  She has been having such a good time at her riding lessons that we have recently bought her some gear (a helmet, gloves and boots).  She also recently had a riding fun day in which she switched to riding a titchy little Shetland pony as her usual pony was being ridden by the little girl that leases it. She has since asked if she can ride this pony all the time and been told she can.  She did get to ride her original pony. 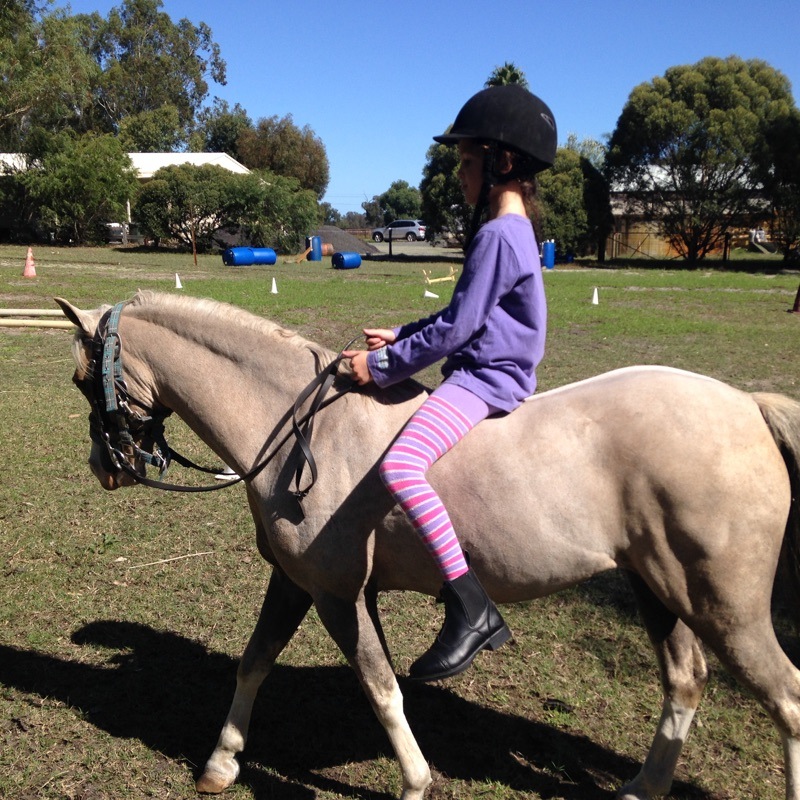 And also a large pony/small horse with a colour scheme that I really like. 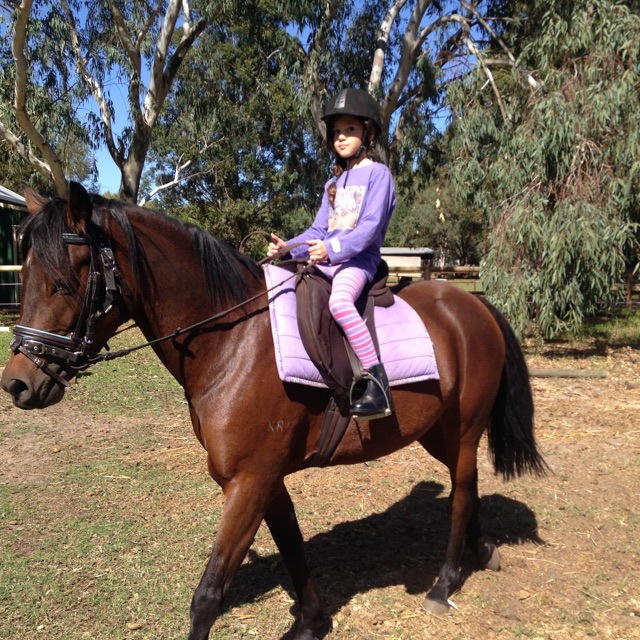 They had some games at the open day and 8yo won some very long ribbons.  On normal riding lessons, if we get the last session for the day the kids have been helping to make up the feed (it's surprisingly complicated to the uninitiated ie me) and feed the horses and ponies. JJ has been trying to get back into fishing and 10yo will often accompany him.  On the last trip we all took a long drive and ended up somewhere on the Hotham River (I think).  Nobody caught anything but the scenery was beautiful. We also found a couple of odd items. 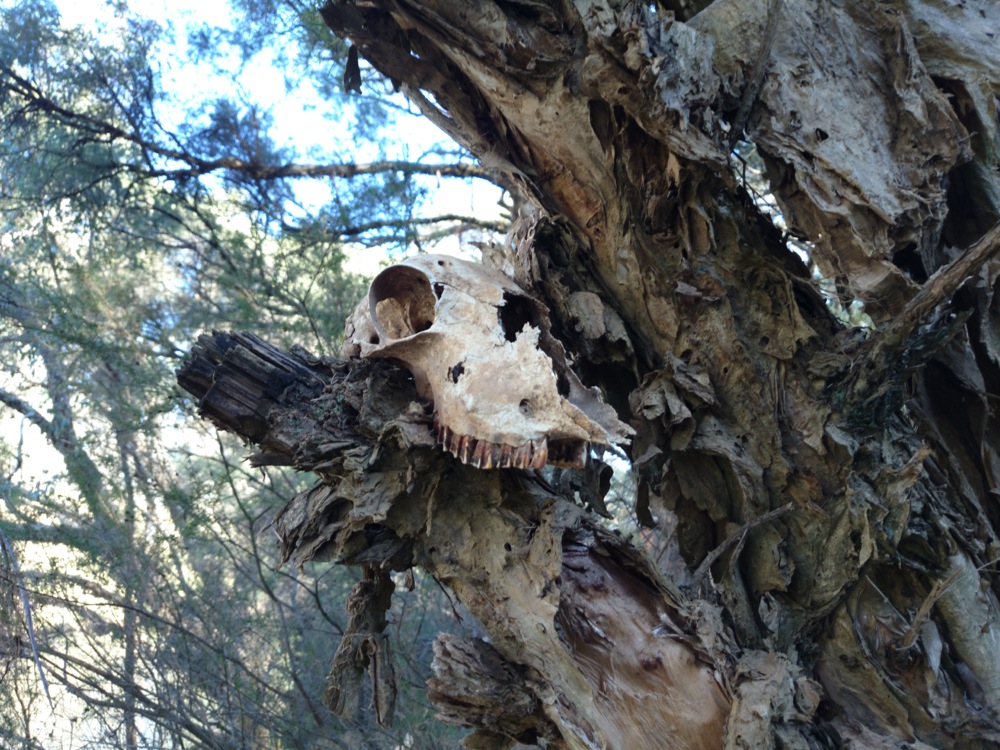 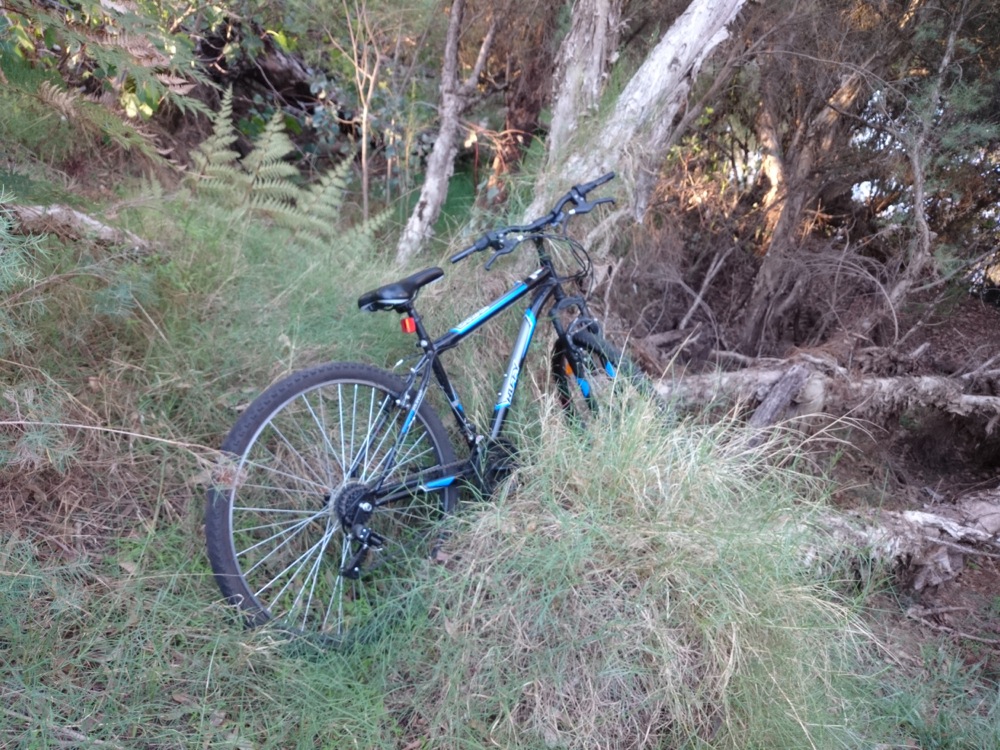 After we got back, JJ and 10yo looked at some Youtube videos on how to make fishing lures using cut up cans, and JJ then asked 8yo if he could use some beads and her beading skills.  8yo readily agreed and they set about making some fishing lures out of beads and cut up cans. 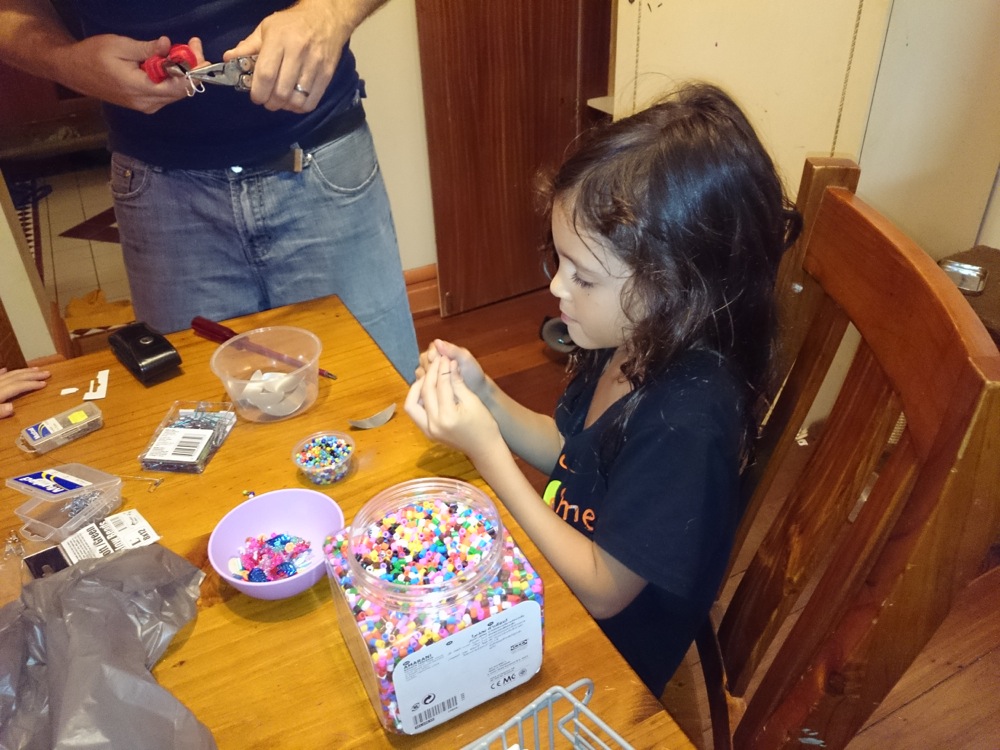 Each child made one fishing lure, JJ made a couple more, they got stored int his container which is sitting on a shelf in a place where I'm not that comfortable with it (I don't really like fishing hooks) and we haven't managed to go out fishing since.  JJ will probably need to go on his own as I can't cope with the cold (and winter is coming) and the kids can get pretty sooky when the weather is not optimal.

JJ found a couple of great walks not too far from  our area.  One is an abandoned quarry: 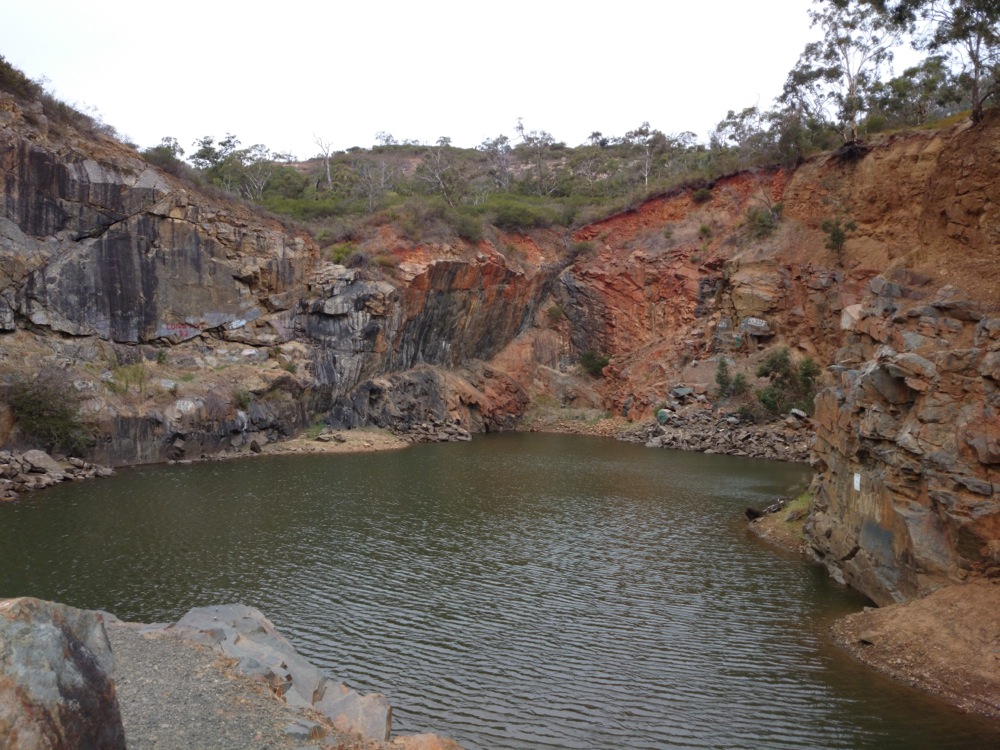 The other one is a walking trail of some description. 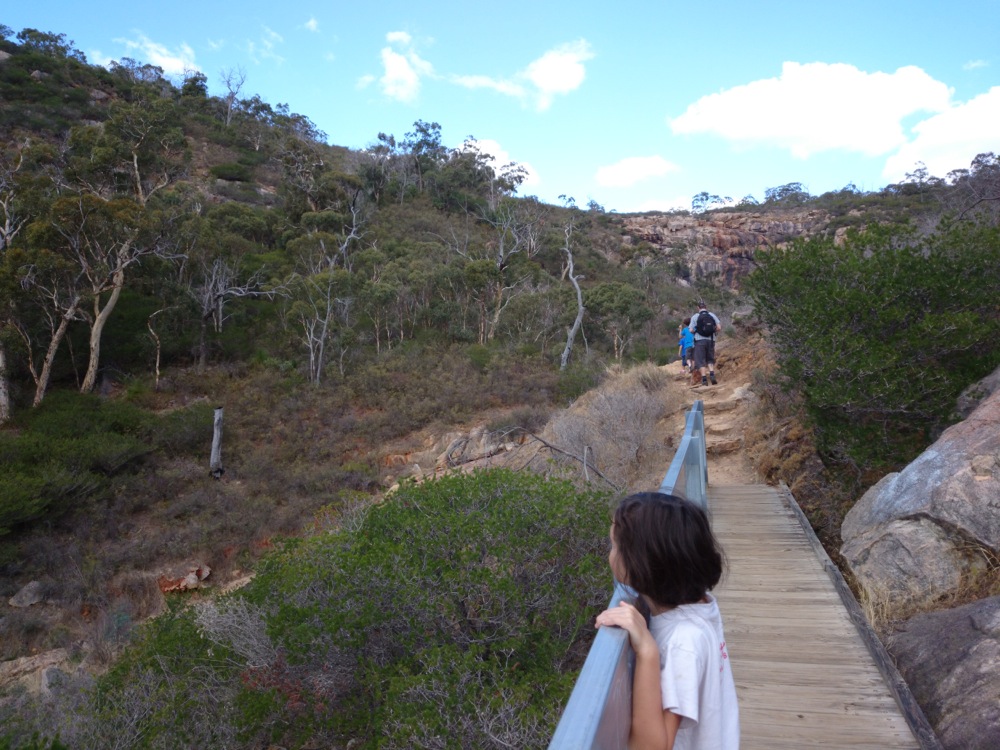 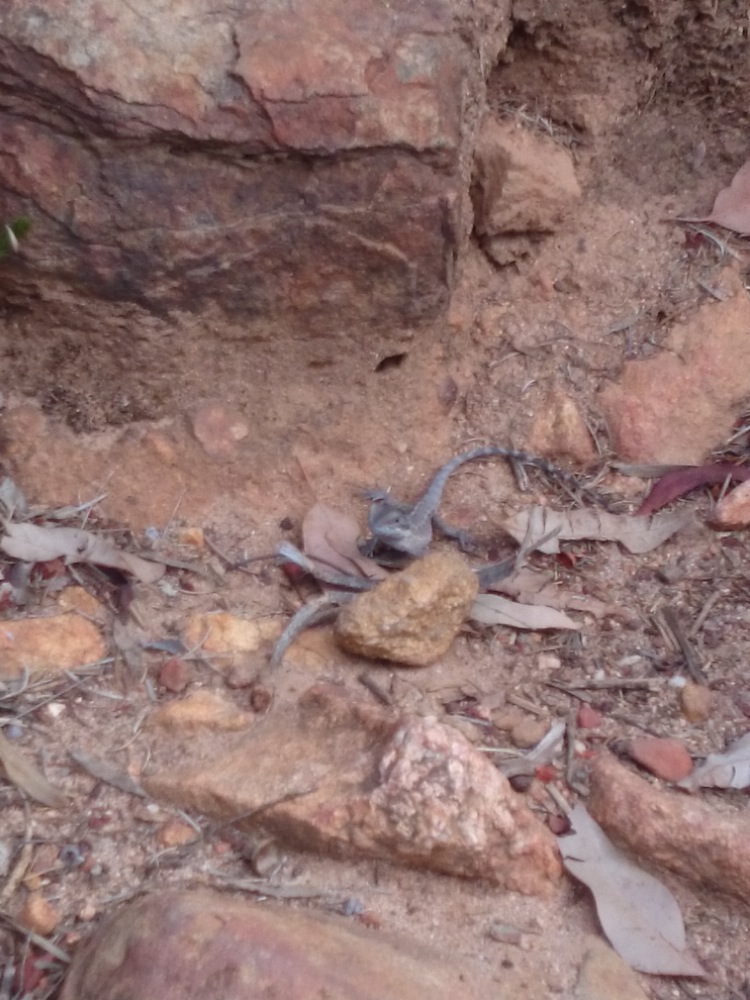 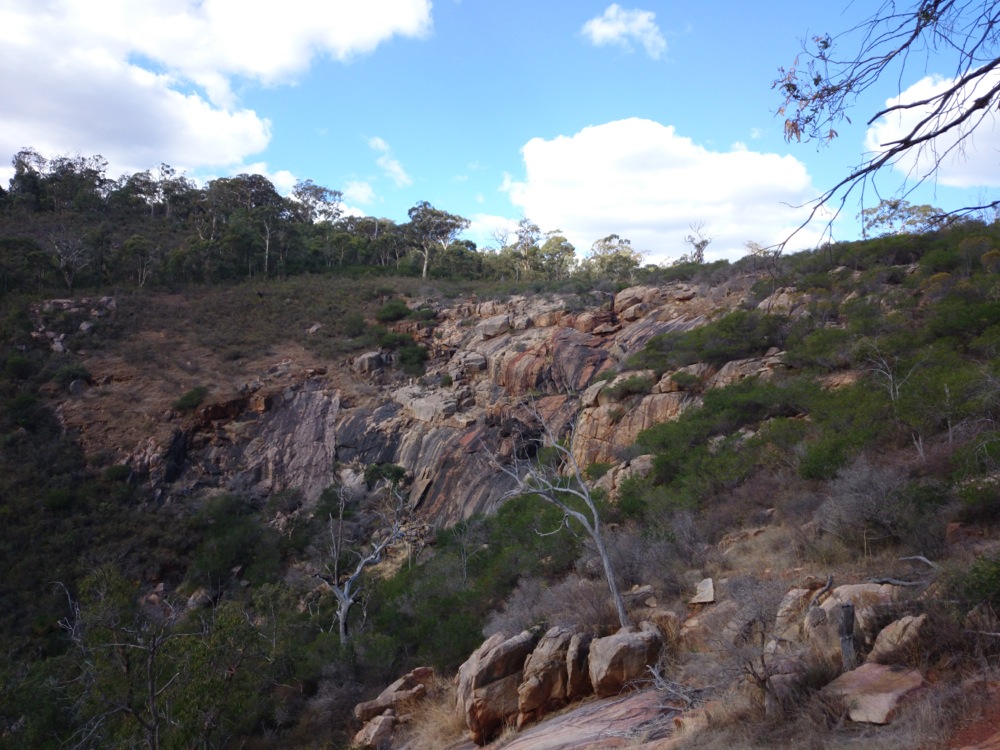 We did some discussions on geography and biology on both walks, and the kids collected some rocks.  Did some very minor geological studies when we got home which didn't last long as they found the reading a bit heavy at the time.  Going to need to remember to get them to carry their own backpacks with their own water bottles and notebooks (and possibly tablets to take pictures) though they were probably glad they didn't as we got a bit sweaty on that walk.  Also need to get a printer that can print from tablets as 8yo wants to print out some photos to stick into a scrapbook.