The City of Gosnells recently had its Homegrown Festival, but due to many clashes of things the only thing we ended up making was the Liddelow Homestead Open Day.  It has a really cool corridor. 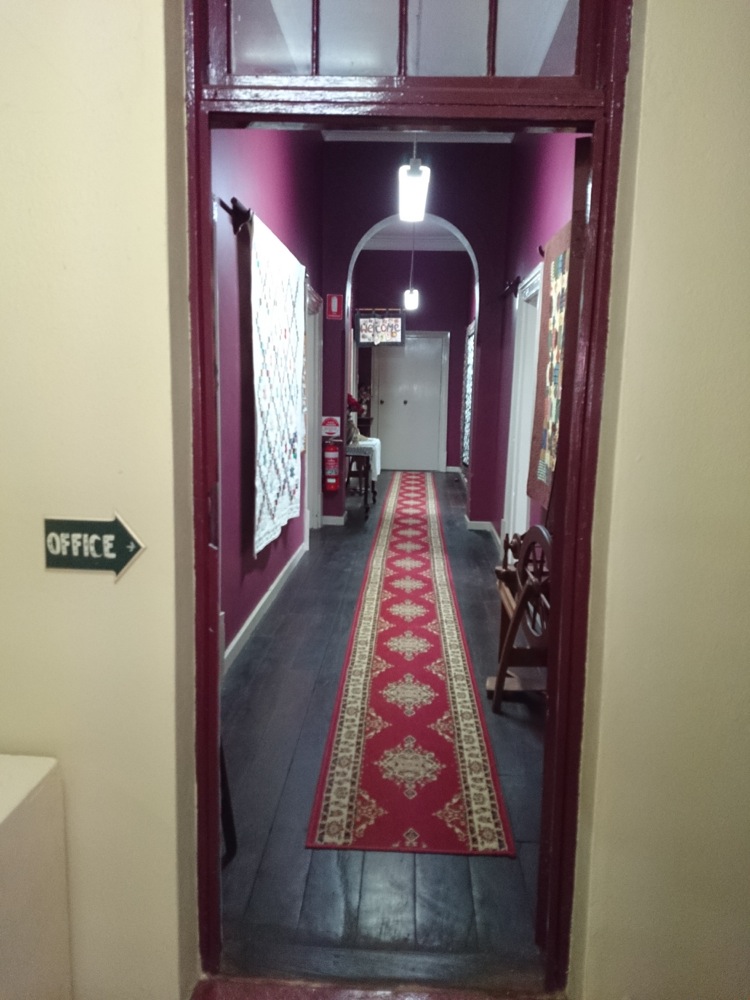 There was also a stove which the kids didn't initially recognise as such, we spent a few minutes talking about what it might be before I told them what it was, and we then discussed how one might control the temperature of the stove when cooking. 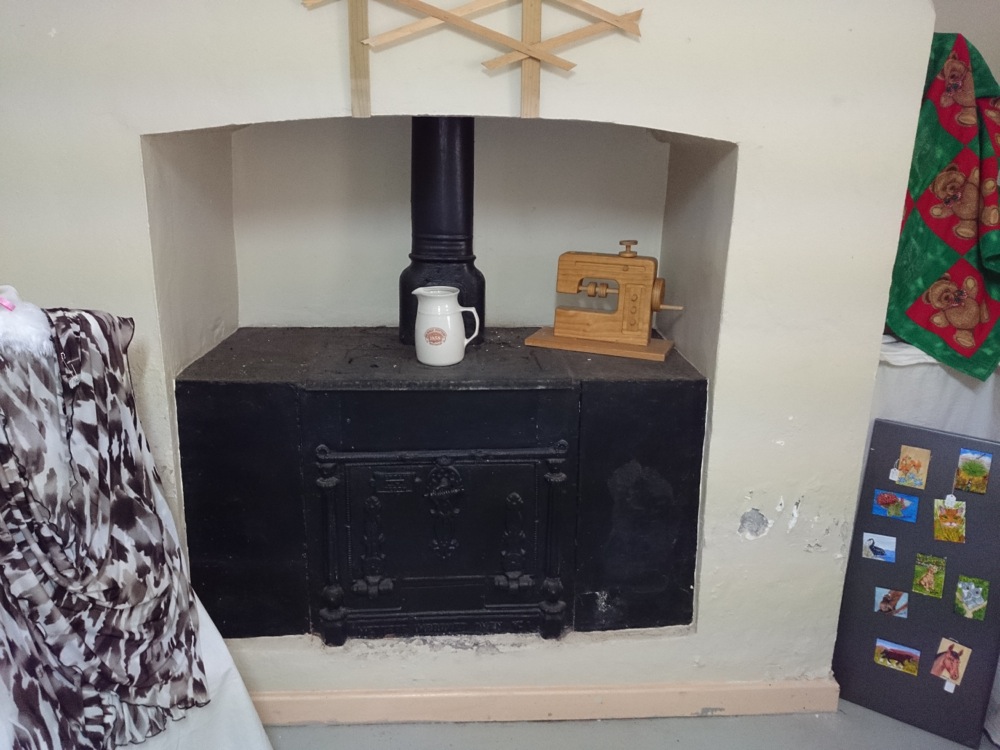 There were people doing quilting and sewing and spinning on spinning wheels and oldschool sewing machines and painting and selling jams and marmalades and a lot of ceramic and other handcrafted items on display, as well as a kids pottery class in action.  There was an adult potter using a potter's wheel and he talked the kids through his process of creating a bowl as he made it.  6yo was quite convinced he was making a tornado. 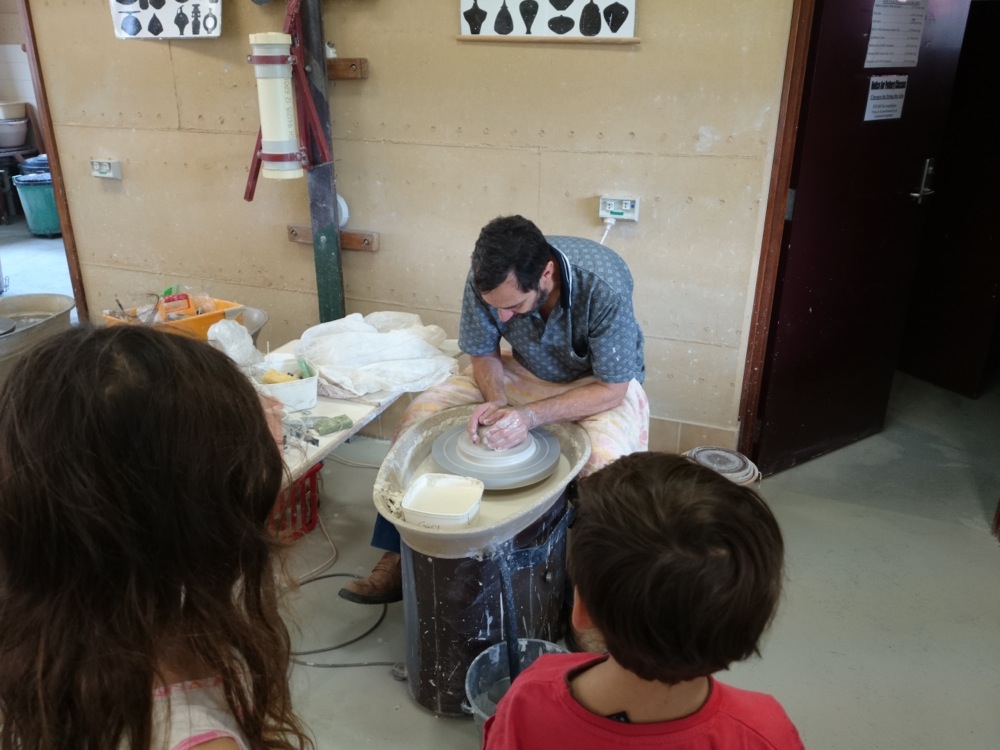 There was a free beading activity and of course 8yo wanted to make something so while JJ ran distraction for the 6yo, 8yo got onto making before we left.  She wanted to make a necklace, but I told her to just make a bracelet so we could leave.  She chose purple beads and the lady running the activity suggested she put silver between things in as well.  It came out quite nicely. 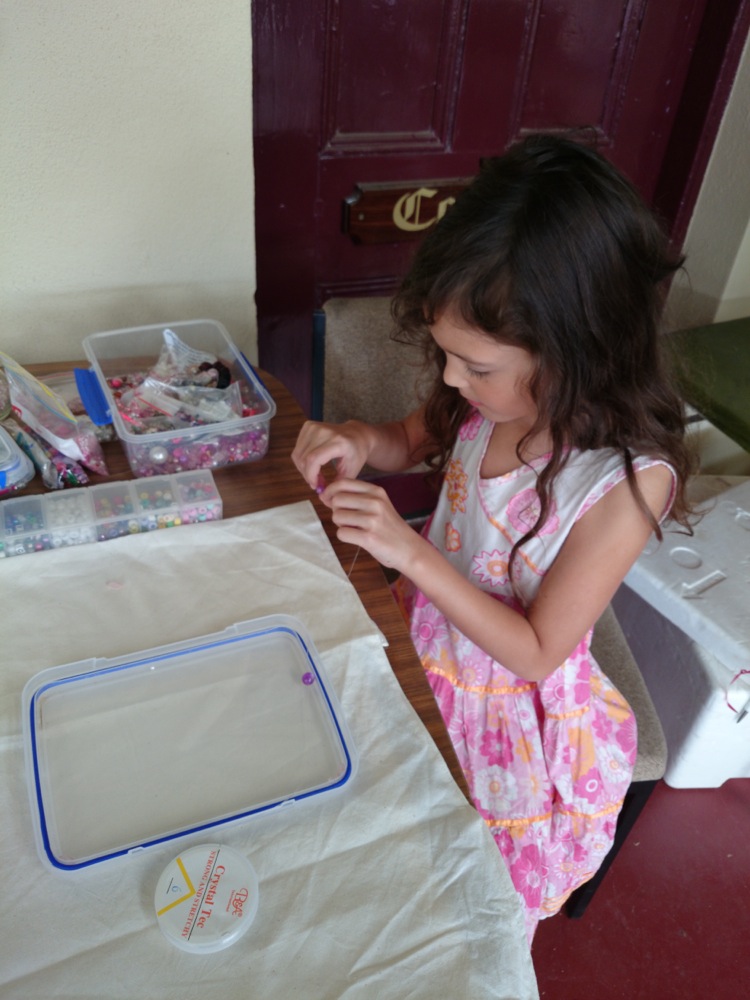 We ventured with a friend to John Oakey Davis Park which I knew had a name but until I lerned what it was called it's always been "the park next to the Gosnells Museum".  We went for a walk along the river and followed a path and the kids got biology and geography lessons on the way. 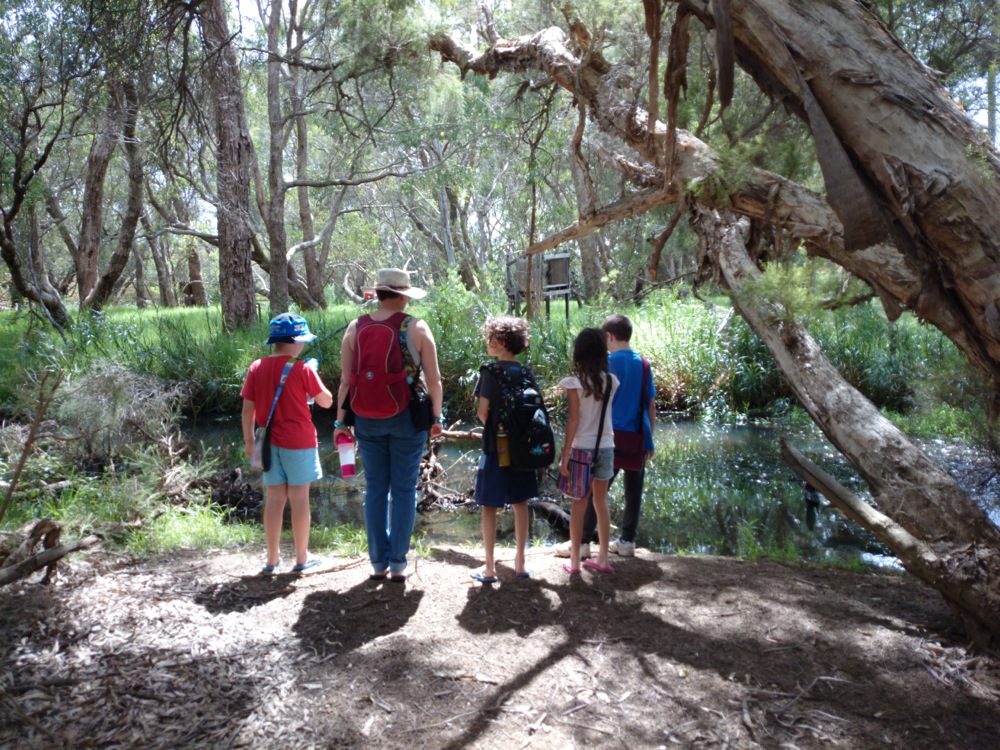 Discussing life and health of the river ecosystem 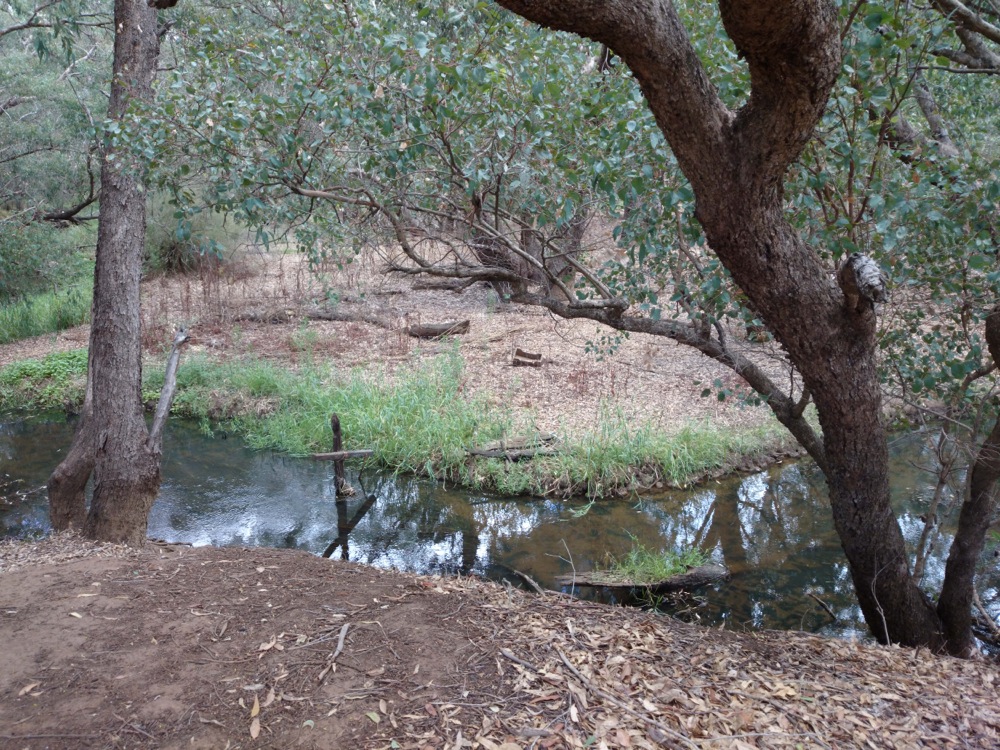 There is a cross in the water.  There is supposed to be a burial site of one of the people who used to live in the Wilkinson Homestead (I think) somewhere in the park but not sure if this would be it 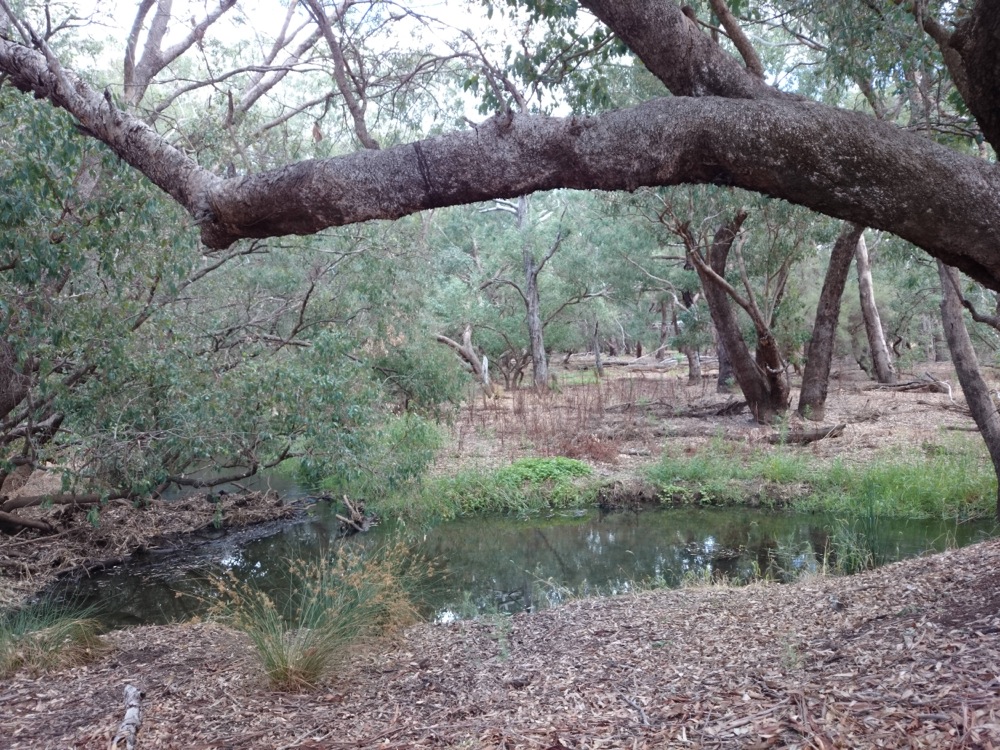 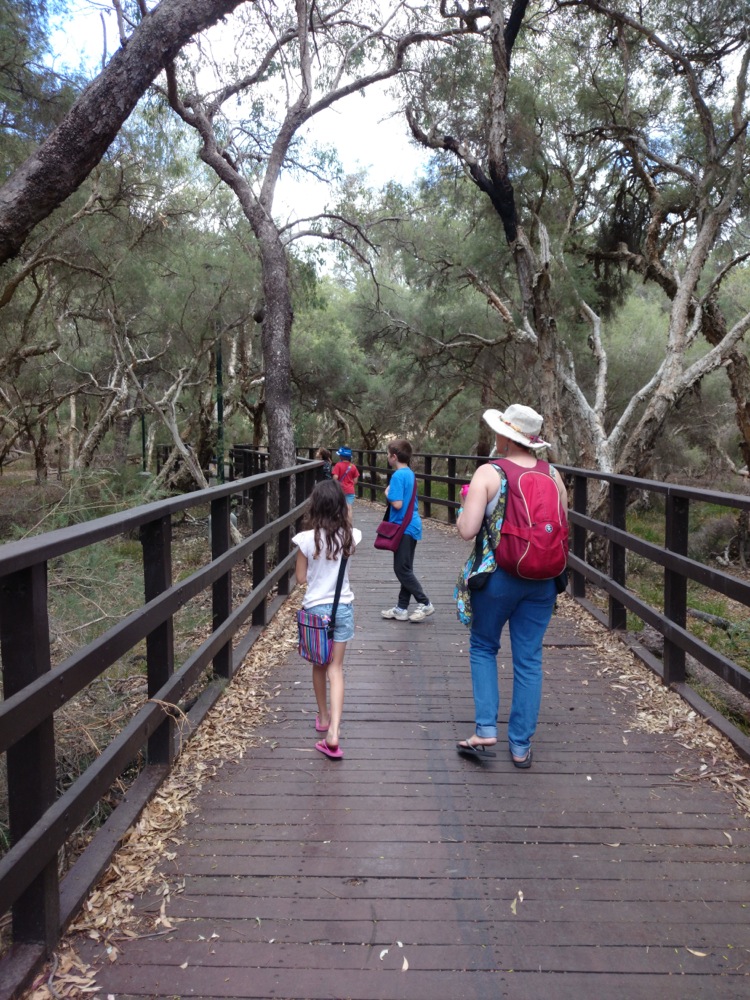 Along the boardwalk there was discussion of how this part of the river differed from the part we were walking along earlier.  This side was more alive.

And to close off, the rare artwork from the boys.  6yo got a robot pot (or "ropot" apparently) he could paint and plant seeds in from his bestie.  As he wouldn't wait for help, I'm not sure if the flower seeds that were part of the present survived but if they haven't, we have shooting garlic that he can plant. 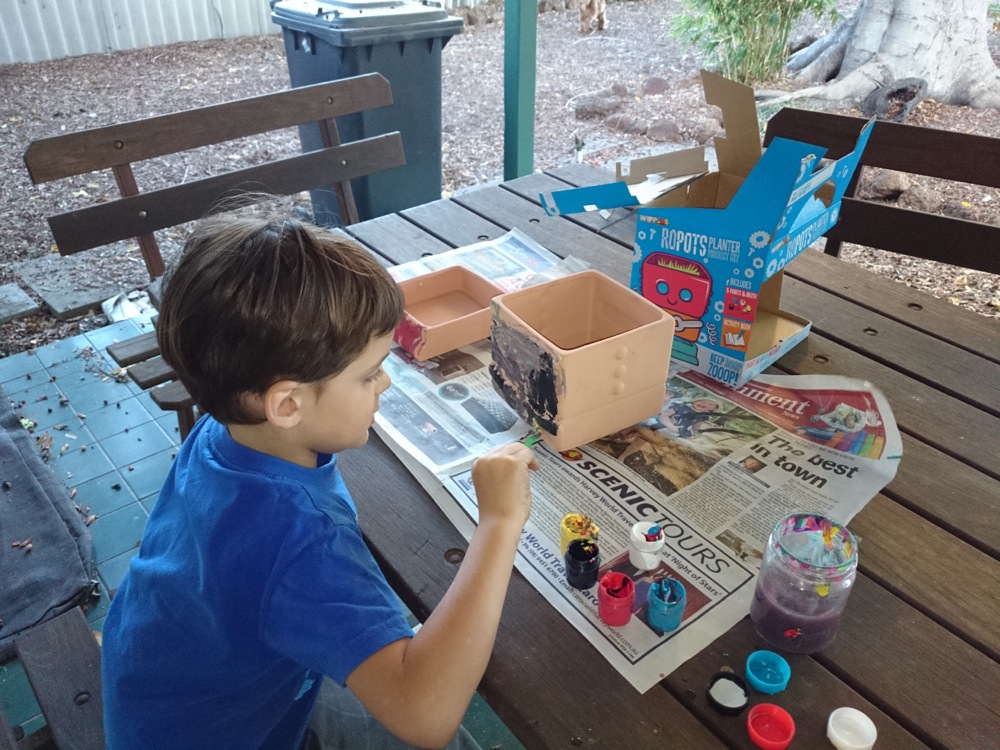 10yo has actually been doing more writing and drawing in his notebook journal.  I'm not sure if he has a rhyme or reason to how he puts things in the book, he doesn't do it in order.  Sometimes I think he just opens to a random page and other times he flicks through before selecting a page.  Not sure if he's just looking for an empty one or if he's grouping things somehow.  All his writing skills need a hell of a lot more practice.  The most painless way to do it is by relevance and relevant things can sometimes be challenging to come by. 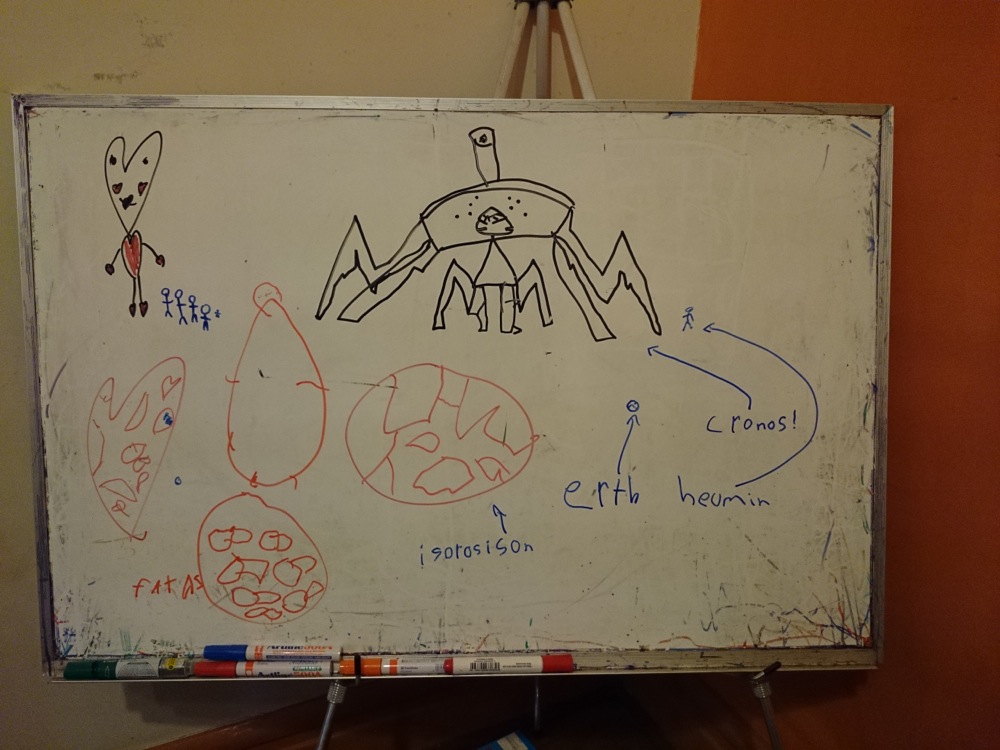 One of the relevant things which worked spelling and grammar and typing skills was me suggesting to 10yo that he write an email to the WA Ferrets and Ferreting Society to ask them questions about ferrets and what would be safe material to build a ferret cage out of.  He went to the site, found the email address (with help, it was not blatant enough) and composed the email with a bit of help from me, mostly in the spelling and grammar department (and not complaining when I corrected him as he usually does) as well as a little bit of help in how to compose semi-formal written correspondence (he ended with "Yours Sincerely").  After the email was sent I explained to him why spelling and grammar was important, particularly for not looking like an uneducated numpty when text chatting with people online as he often does when gaming.  We got a reply and with permission he sent another email with requested information (our suburb and my phone number) which led to a timely reminder on safe interactions on the internet.

We made an appointment to visit a WAFFS member who will let us play with their ferrets and ask lots of silly newbie questions which will hopefully help the kids decide if they actually want one or not, and if they will share one rather than having one each once they learn how much work is involved and perhaps also motivate 10yo in the bookwork department (as that's how he's most reliably earning the money).