The day before we flew out to Christmas Island, we went on an excursion to the Art Gallery of Western Australia.  They accommodate homeschool groups easily and the programs the kids did were great and seem to have been enjoyed by all.  To make running things easier for the staff, the kids had been divided into pre-primary to Year 3 (5-8yos) and year 4+ (9 and older).  The older group went for their activity first while the younger one went on the tour.  The younger group got split into two and 8yo, then 5yo and I ended up in a tiny little group consisting of ourselves and 8yo's then-6yo friend.  The tour guide got peppered with a billion questions as both girls are very interested in art and did a great job fielding them and the additional and often random questions from then-5yo.

The activity we booked consisted of a tour with stops at specific pieces to discuss them, and an art activity based on what we'd been looking at.  We regrouped with the other half of the group for the activity.  The facilitator of th activity got the kids to copy a painting of Alice falling down the rabbit hole and anything else from the picture that they wanted to copy, and then we retreated to the activity room where they cut out their drawing of Alice and whatever bits and bibs they'd drawn and rearranged and glued them onto some paper that they had first coloured in with oil pastels.  I got some photos of 8yo and then-5yo but not of 10yo as he was in the other group, but they all brought back the pictures that they'd made in the activities which are now residing in their files. 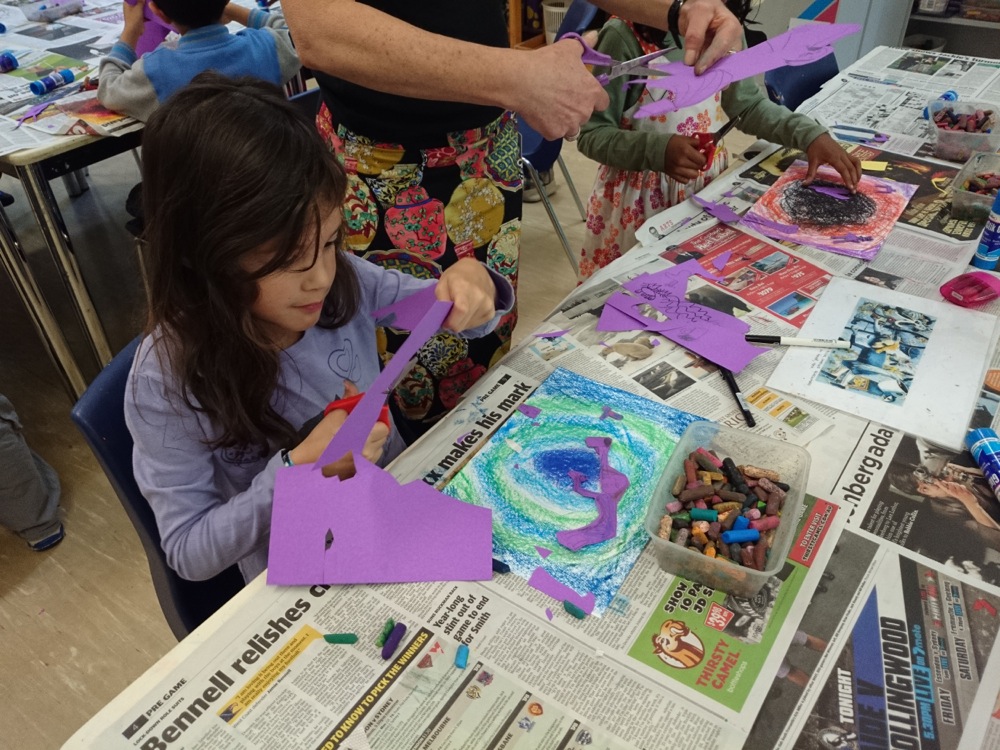 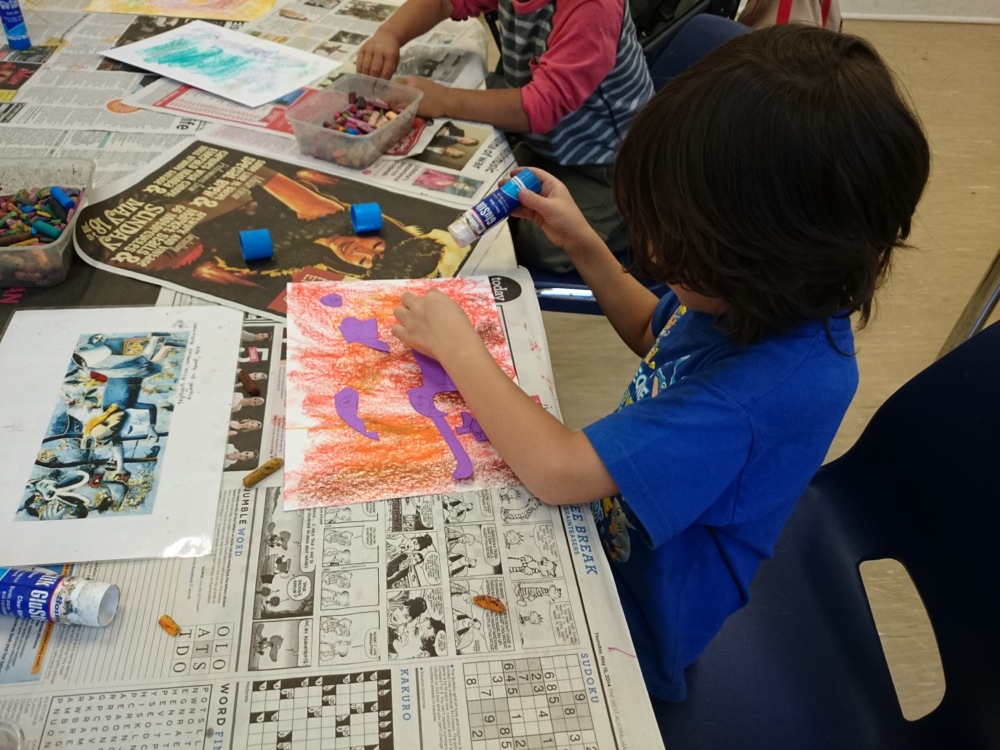 Our lovely piano teacher from last term is unable to teach this term due to uni and work commitments and I haven't yet gotten around to sourcing another one.  The kids are still noodling around on the keyboard, especially 10yo who seems to have taught himself how to play some things (specifically some Christmas carols and the wedding march) by ear and just has fun making up songs at other times.  Aside from a couple of jarring notes here and there he's actually not too bad.

8yo finally managed to start horse riding lessons not long after we got back and I'd worked out the budget for the kids' activities.  She has been having a blast, though when 10yo is along she will often get him to do her jobs for her while she gets to go on the ride.  The boys would like to do riding lessons too but I told them they could wait til we got acreage and a couple of ponies. 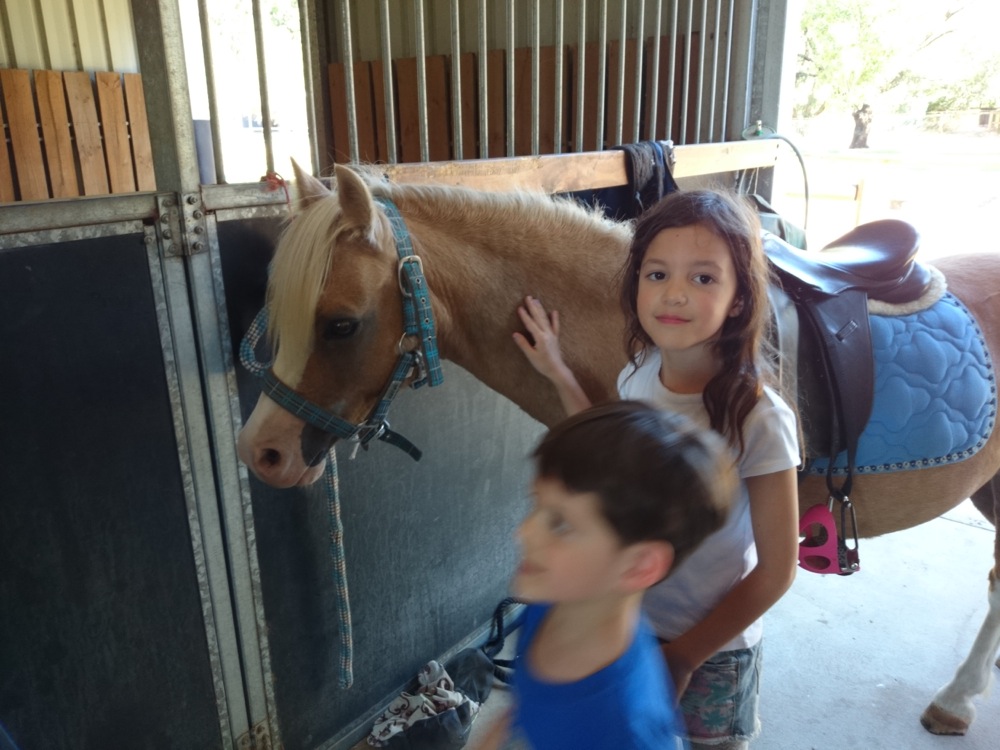 She is doing pretty well and is now riding the pony around without the leading rein most of the time.  The pony itself is a rather delightful little creature.  I'm in love with it.

The kung fu lessons have slowed down a lot for the kids (though I'm hoping to pick it and tracking training back up again now that I've reorganised work hours yet again) as we have dropped a kung fu night due to not being able to leave gymnastics in time, and 10yo now has footy training that ends bang on when kung fu starts and I kind of have to leave at least half an hour before kung fu starts to get there on time so he and 8yo (who will be mostly hanging with her friends) won't be doing any classes and will just be stuck with whatever I can teach them.  We have been making it once a week where 6yo has been wowing everyone with his sword abilities (my sword is way too big for him and all of what's wowing people is his tiny little self swinging that huge thing around). 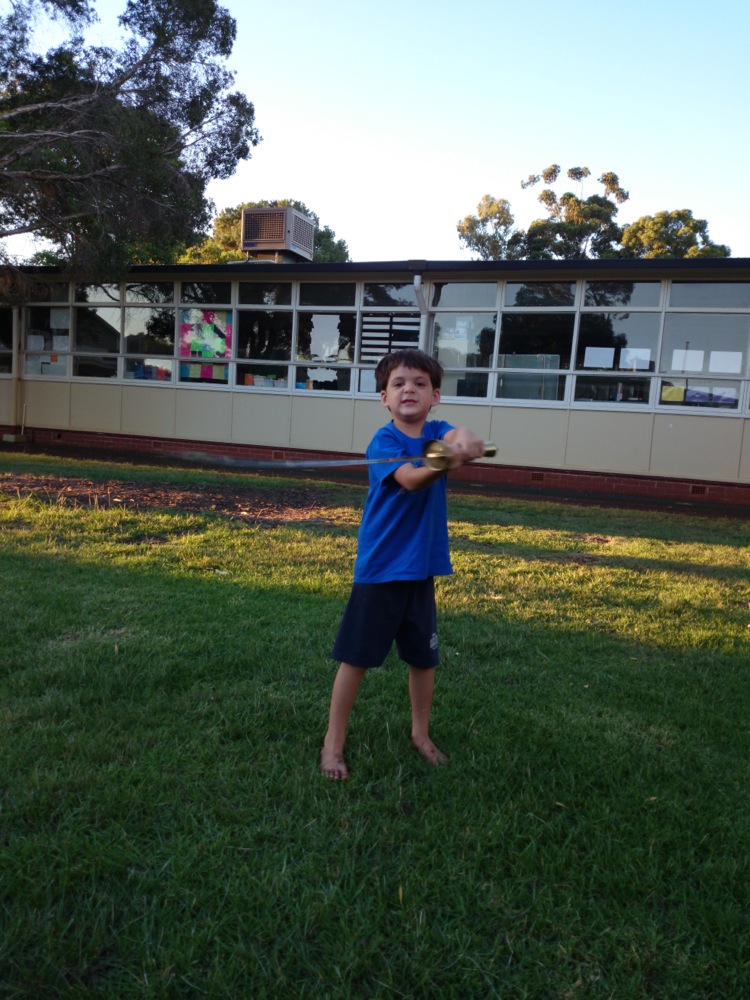 They are getting to soak up a bit of Chinese culture and history as my sifu will often give us history lessons and explanations of whatever topic is relevant, whether it's the lion eye dotting ceremony we attended recently or how certain moves or forms were developed.  I have been trying to take them to performances where it wouldn't be too dangerous to leave them unsupervised if JJ is unable to come along. 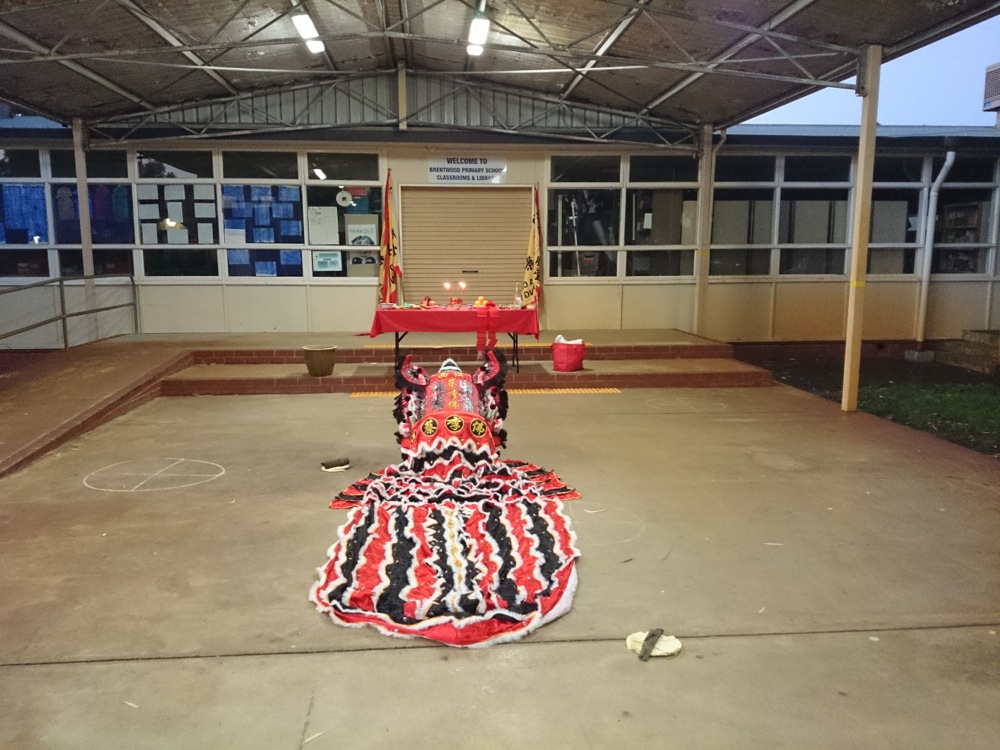 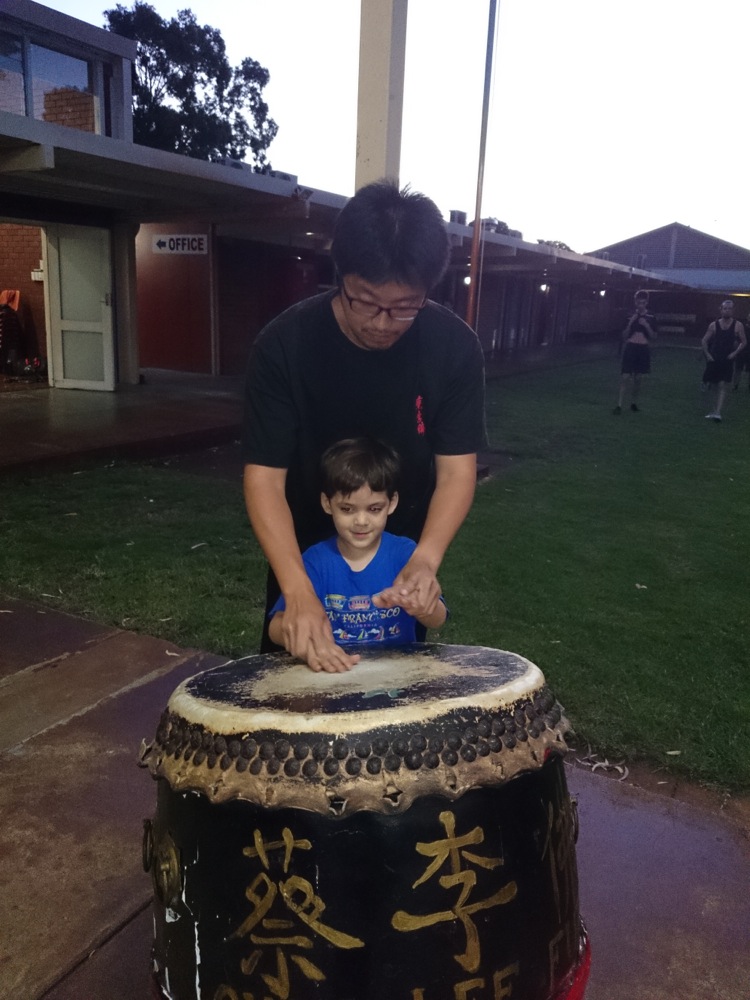 We've been really up and down with the bookwork with the most refusal happening when I was most relying on the bookwork for education provision due to being really busy and during a phase where 6yo refused to sleep and would keep himself awake before passing out at midnight or so.  If he was the kind of child that could entertain himself quietly I wouldn't care but as he is noisy when he is bored it required me sitting up with him and constantly reminding him to be quiet.  I have since rejigged work hours again and freed up one of my work days so we can go out more without it clashing or running really close to other things.  I've been having way too many talks with 10yo who is completely uninterested in understanding why bookwork is important to consolidate some things, so in the end for him now it's reminding that it's currently his only form of income and the only reliable way he is going to get his much-wanted ferret.  8yo will do it most times though she goes on strike occasionally.  She is also saving up for a ferret though she has been warned that if she doesn't have the money together by the time 10yo is ready to get one she won't be.  Before anyone thinks that's cruel and unfair, she already has a dog.  6yo is currently quite keen and happy to do the work to get his pocket money so he can save up for Skylanders, but he does have the easiest workload.

I'm getting a bit impatient with 10yo with regards to his writing as it's still pretty atrocious.  He was originally doing two pages out of each book to practice his writing, but has been consistently refusing and cracking tantrums which when I haven't angrily told him to pack it in and denied him pocket money for not completing his work.  We cut it down to one when he started writing out notes from games he was playing with his friends and also actually started labelling his diagrams when he discovered it led to a lot less of me going "what's that? And what? And that? What was this one again?" and instead asking more sensible questions like "How is this powered?" or "How is that attached?" He doesn't have any issues that would make it hard, he just doesn't want to do it because it's hard and cannot seem to grasp that it's the same thing as his reading, and that there is exactly no other way to deal with the hard problem than by doing it and as he continues doing it, it will become easier.  We will be starting up roleplaying soon and hopefully that will help as he at least sees sense in the roleplaying notes and when we need to work out stuff we're doing in real life on paper than what he considers pointless workbook exercises.  Good thing we have workarounds.