The mosaic thing got some good use while it was rainy, with 9yo and 7yo both copying patterns from the book and inventing their own: 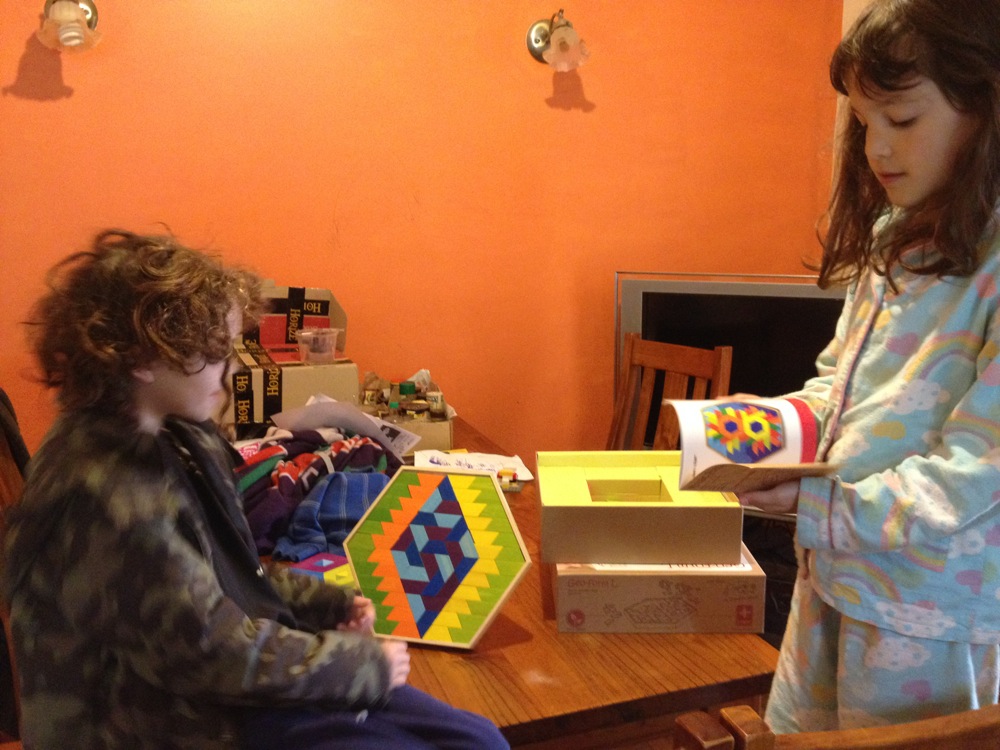 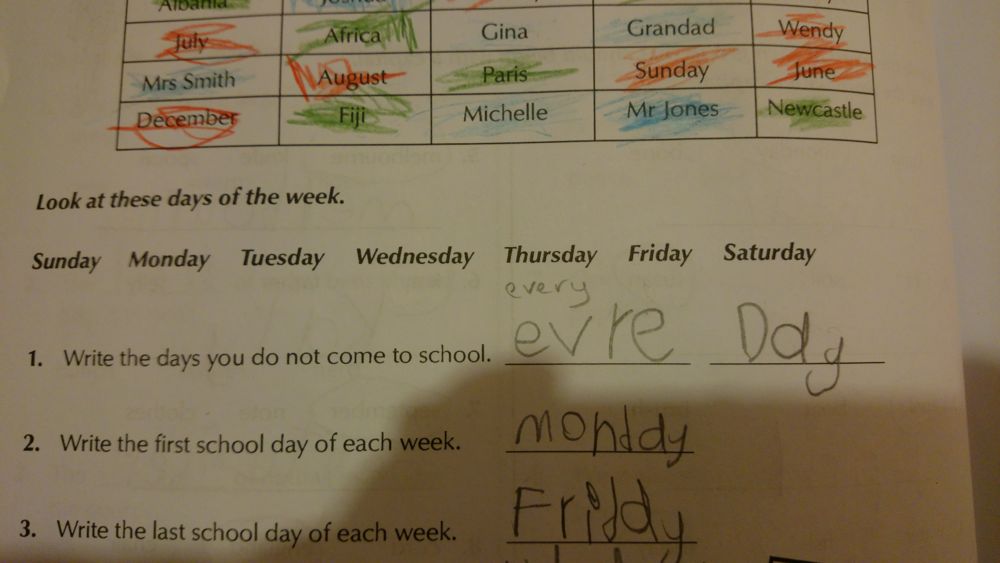 9yo played a "Little League" game at halftime at one of the Perth Demons games.  Technically it was the Year 5 GosHawks (what JJ and I have decided to call the Gosnells Hawks) that were supposed to go and play but I don't know what happened and most of the Year 4 group and three of the Year 5 group ended up going along instead and played against an entire team of Year 5s from Manning.  To Nanna's horror and Pop's delight the GosHawks ended up in West Perth colours: 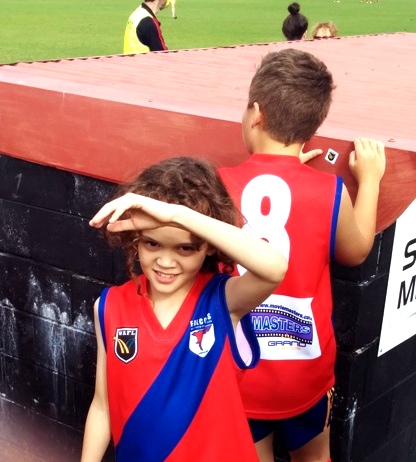 The game only went for a quarter (12mins), the kids had a blast and were disappointed when it ended, but were cheered up by getting to high five the Demons players as they came back out onto the field after half time.  I thought they did really well keeping the Year 5s to only two goals (the Mighty GosHawks had two scoring shots, think they only got points).  Amusement was watching my scrawny 9yo (who usually plays full forward) desperately tryng to shepherd two massive Year 5s while his friend valiantly attempted to outrun another Year 5 for a scoring shot.

The juniors footy season is over and the boys have a team photo and participation trophy to show for it.  9yo wants winter to come back so he can play footy again.  At this stage it looks like 5yo won't be playing as he didn't seem to be enjoying it up til close to the end, so will see next year whether he wants to play again as 9yo was very fickle at his age and all throughout Auskick claimed that he wasn't playing the following year but before season started would be nagging about when footy started again.

We haven't been too active lately due to managing to catch a flu and the Angus saga draining my bank account, going back to our normal weekly routine this week with the addition of another meetup as some homeschooling friends we don't see often enough have meetups on a day that used to be a work day and now isn't.  Excursions will depend on where we're going and how much it costs til the bank accounts recover, and also as the weather is fining up it's time for spring cleaning and house repairs, things which go slowly at the best of times but are at least more managable now that kids are old enough to help with more things or at least not be getting into things they're not supposed to be getting into.