I had a lot of work on the last three weeks and have now slowed down as I put out a call for help a couple of days ago and now waiting on a response.  In the meantime I'm slowing down back to normal and getting back into the 3d (no 3d for three weeks make bek something something).  So three weeks ago after stuffing around with the rig I eventually came to the conclusion that the topology around the hips was wrong.  After trying and failing to fix it by spinning edges, I decided to just retopo the whole thing because I wasn't sure about the loops around the face either. 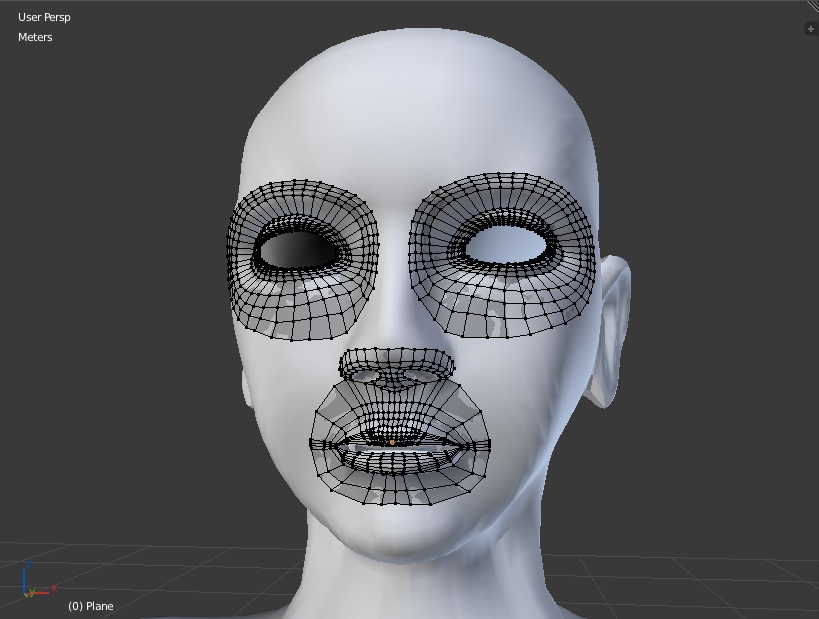 I'm still not sure about the face loops but am pretty sure they're better than what's on the model underneath.  Also had to reduce the intensity of the mouth, there were a hell of a lot more polys there than I probably needed (at least on the base model where I'm trying to keep things relatively simple, I can add detail where I need it but sometimes cleaning up can be a hassle).

Latest tip: when reducing/removing geometry turn both x-mirror and topology mirror off otherwise it stops mirroring for some reason.  Adding generally works as expected (though visually sometimes the edge extrusions on the mirrored half move in the same direction as the half you're working on and snap to the right place when you move the points).  I'd really like it if it would mirror properly and optionally at least highlight the other side so you know it's mirrored (at the moment I have to move the point a little bit to see if the other side moves as well) like in Lightwave (but not like in Lightwave where you have to move in the opposite direction if you're working on the left side, I didn't like that much) but it's doing the job for now.  I had to revert a couple of times to get symmetry back til I worked that out.

Also don't use alt-M to merge, that also makes it lose symmetry.

Hoping to knock this off within the week so I can get back to rigging.  Whether or not that happens around life and work, we shall see.