We've had a couple of days going semi-rural this week.  The first was a picnic at a friend's 12 acre block in Bullsbrook where a great time was had by all children and I caught an awesome photo of my friends' kids and pretended to be closer to a master of iPhone camera composition. 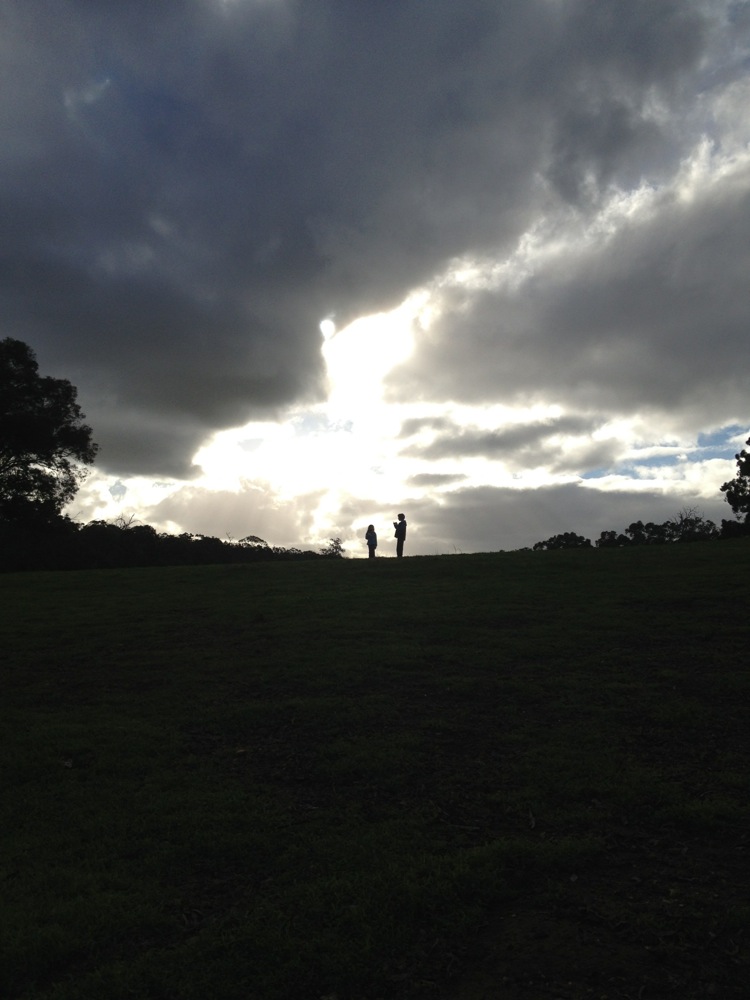 Pretended to be closer to a master as it was a very, very quick "whip phone out of pocket aim try to get horizon lines and vague rule of thirds thing happening press button before kids move" kinda photo.

The second was an excursion organised by another member of the Hubscursion Group (name I've decided to give the Excursion Group as some are still occasionally refering to us as "Learning Hub" even though we haven't done much "Learning Hub" type stuff for a while due to lack of venue and organisation and there's a billion other groups using the name Learning Hub) to Jumanga Olives in Carabooda where they showed us the olive press that squished the oil out of the olives and how they were experimenting making fire lighters from the olive pulp before they found us some trees we could raid.  We spent an afternoon picking olives.  All the kids started off picking olives (including the two very small ones) and by the end of the day my 5yo was being his usual pesky self (had to tell him not to squash/throw/pour olives on several occasions) and the bigger girls had stopped for a break and then started taking care of the very small two.  The older boys (9yo, 5yo's bestie and a 7yo) ploughed on through to the end. 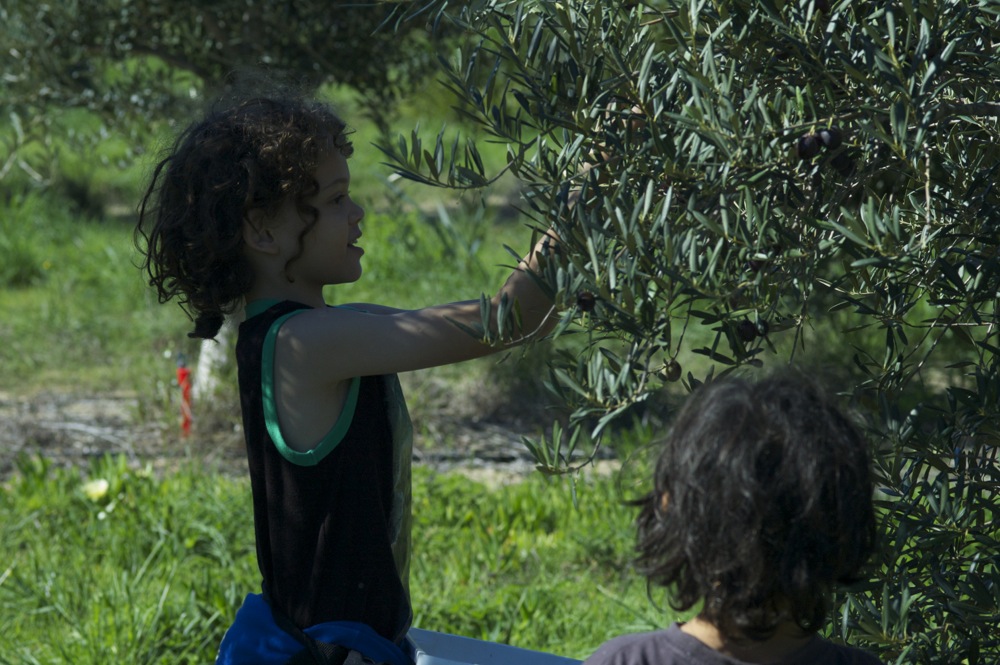 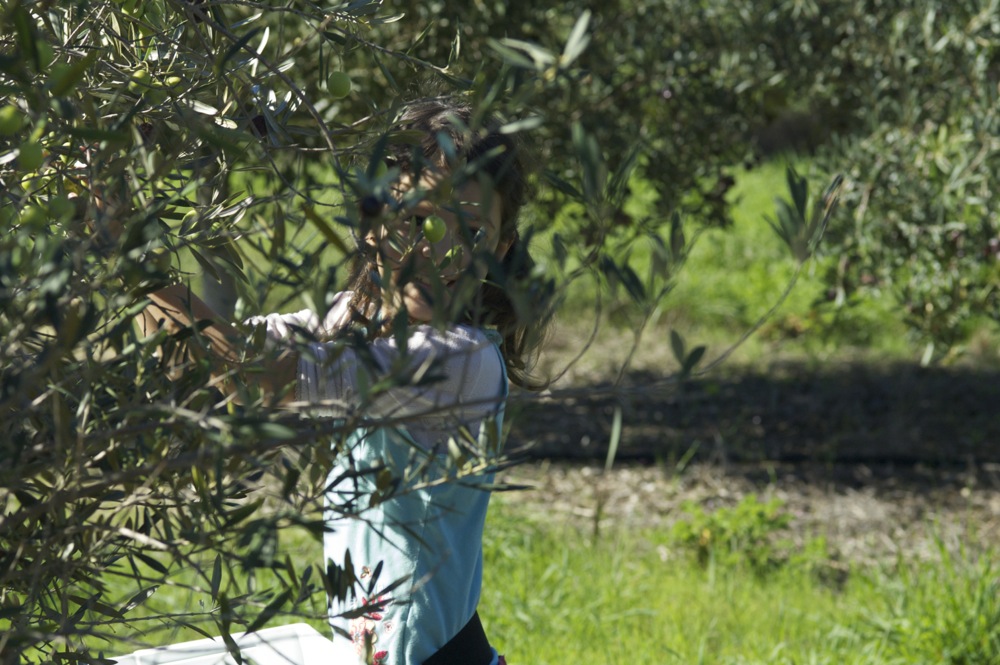 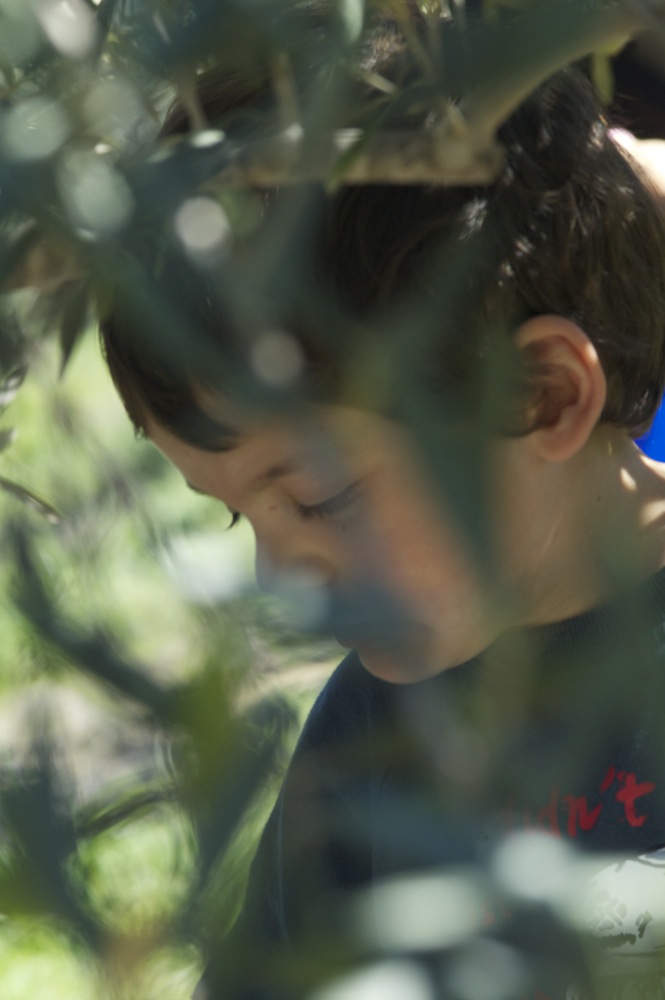 Think they now have some appreciation of how much work goes into producing olive oil.

We'll be picking up the olive oil in a couple of weeks.

On the way home we stopped in at the 10th Cavalry Light Horse Trail which we'd passed a few times but never got around to stopping at.  My first fail was finding the biggest dog turd in the history of the universe to trip on (it was covered in sand) and I spent the first half of the hike trying to scrub it off my shoe.  The big two wanted to explore the entire trail but the small was tired and cranky so we did the short course with pauses to read the signs we encountered and look at the bush covered area.  The small two fell asleep on the way home.  I was really glad I remembered to charge the tablets overnight and bring them, there was no fighting on the way up and 9yo was happily occupied on the way back.