Writing and thoughts on school

From writing and art not really being his "thing", 9yo recently had a sudden explosion of doing a bit of it without me yelling out that it was bookwork o'clock and him coming and doing some or not as he felt like.

He made a new character which is supposed to be a roleplaying character (though I have already told him I'm not sure how well it would fit into the WoD Changeling system we have but I can usually make things work and if there is a next time maybe it can be after Winter if I ever get my paws on and head around the new version) and spent a couple of days writing notes and a backstory: 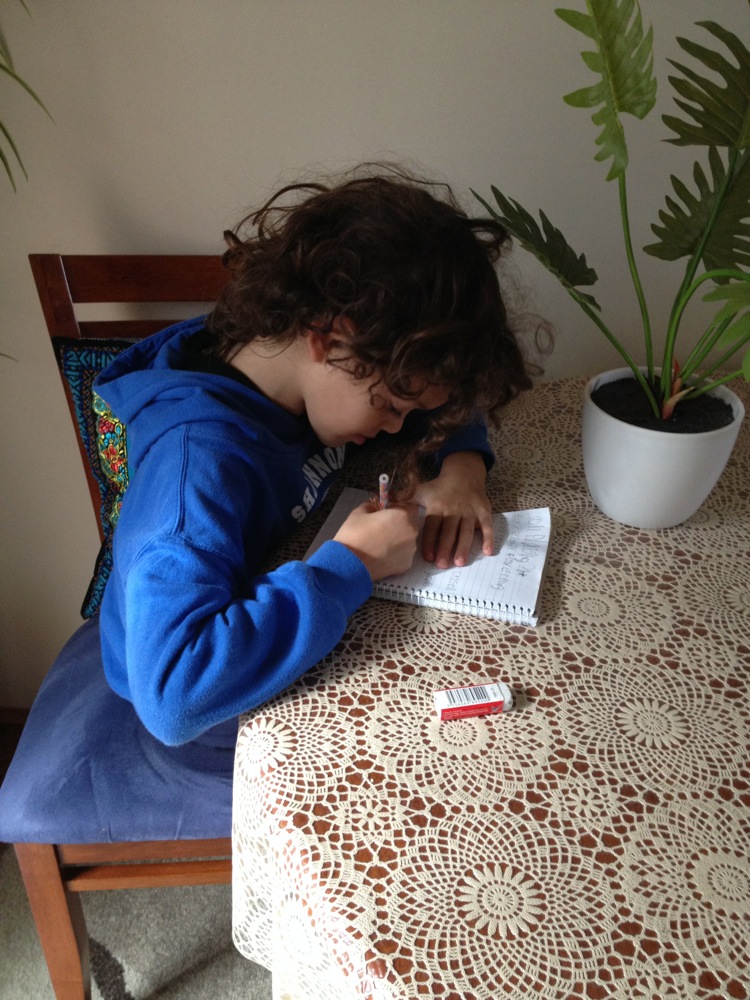 and did a couple of character sketches inspired by an age meme by NightmareHound of their character Mu.  He's still not having the easiest time with writing but it's less of a chore when it's a means to an end. 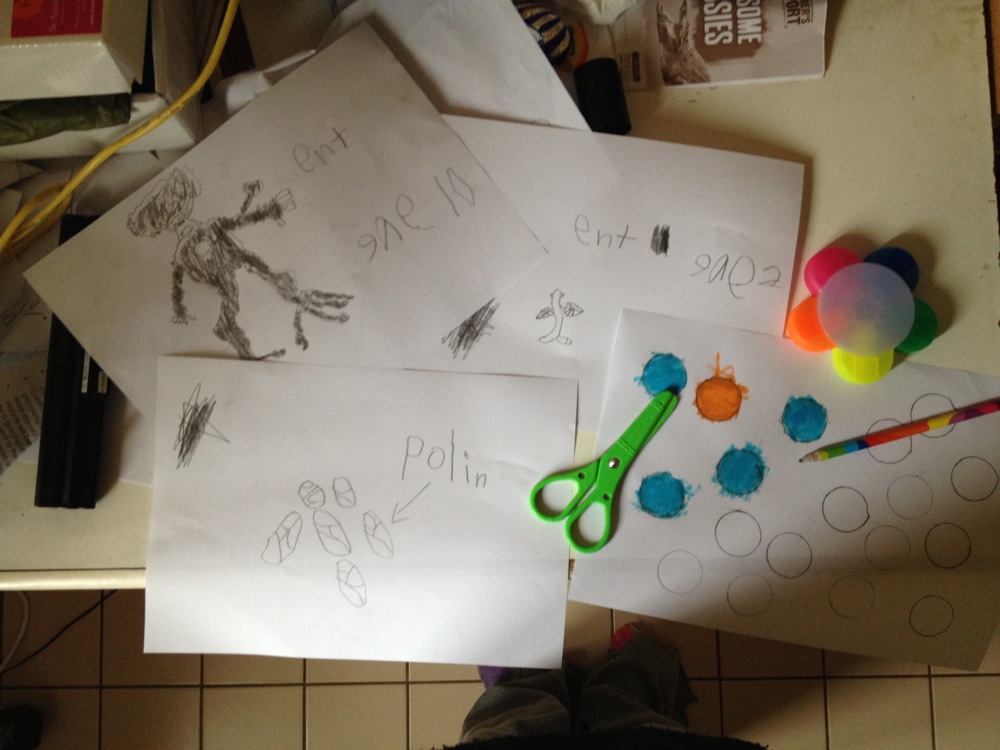 He also decided to make a physical version of a board game that can be played in Assassin's Creed IV: Black Flag.  Took him four attempts to draw a board he was happy wth and then a lot of tears over being unable to draw circles for the game pieces before I handed him a 20c coin. 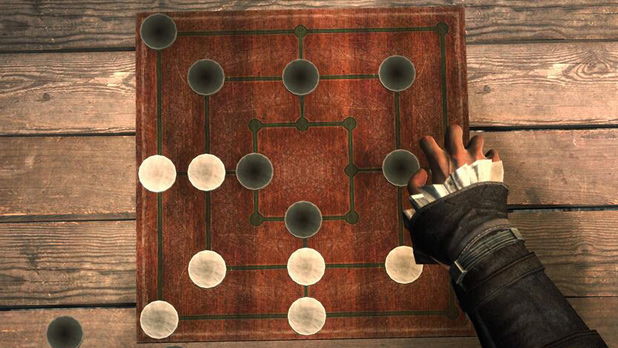 We also found this fungus that looks like it's growing out of a brick in the backyard: 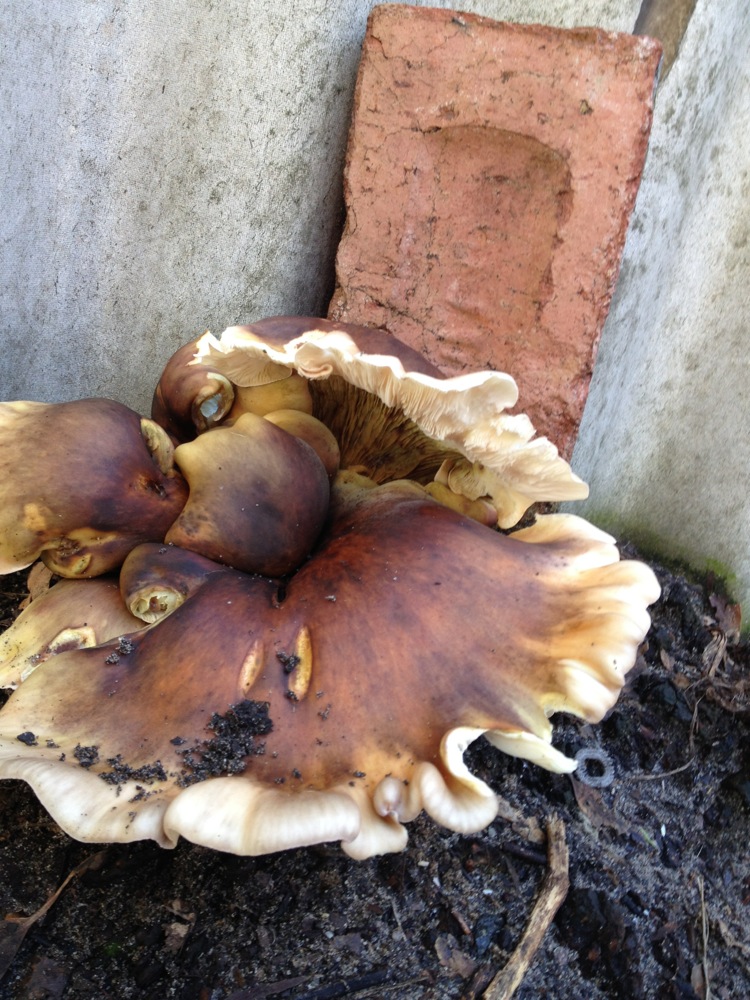 No idea what it is, just that it's kinda big.  Photo taken by the 9yo. The Linux Geek recently bought three mushroom kits and we are growing the oyster mushrooms first.  The farm was a huge hit with the homeschoolies who popped in.

7yo recently decided she wanted to try school.  Problem was she only wanted to try for two weeks and I said it had to be at least a term (and she could stay there if she liked it).  I think it was partially inspired by when she was staying over at her Nanna's place and The Linux Geek's 11-12 and 14yo cousins enthusiastically told her that "school was really easy and fun".  Rather than dropping into the middle of the term I suggested she talk to her homeschooled friends who had tried school and see what they thought as they are closer in age, and in the meantime we would practise the amount of work I thought she might have to do (and then if it turned out I was getting her to do more work than she actually needed to do in class then at least the workload during the term would be easy and she could focus on other things she wanted to do at school which was "make new friends" and "play on the playground" apparently).

I told her that she would need to do 4 pages each of maths, English and science in one day (rather than just the two pages of whatever they do for pocket money).  On the first day we got through 4 pages of English with no drama (because it was her Reading Eggs book which she likes and is also way too easy for her), got onto the third page of maths without much input for me (scurrying around needing to get some other stuff done and vaguely emulating a teacher who is going to have 30 other kids to worry about and won't be able to just stand there like I do and be conveniently available every time she needs help) before complaining of boredom.  After I told her it didn't really matter how bored or burnt out she was, the work still needed to be done, she decided she didn't want to do school anymore.  On our park meet day she managed to remember to ask her friends who had done school what it was like.  9yo's bestie vanished with 9yo (7yo's complaint was they wouldn't stay still long enough for her to ask), one of 7yo's friends claimed she was "too hungry to talk" and otherwise refused to answer the question and 9yo's bestie's older brother responded with a single sentence very unflattering remark about schoolkids.

The park was then invaded by about a year group's worth of screaming school children which convinced us to leave, and apparently convinced 7yo that she probably didn't want to go to school after all.

5yo is picking up the reading thing at about the same pace that his sister did, but the maths is still coming easier and more enjoyably it seems.  He wanted to play Math Seeds today but the subscription has apparently expired, I was slightly annoyed as I don't recall receiving an email or anything saying that was about to happen.  I'll just renew his subscription as 7yo isn't finding it terribly challenging and hasn't been on there in a while as far as I know.